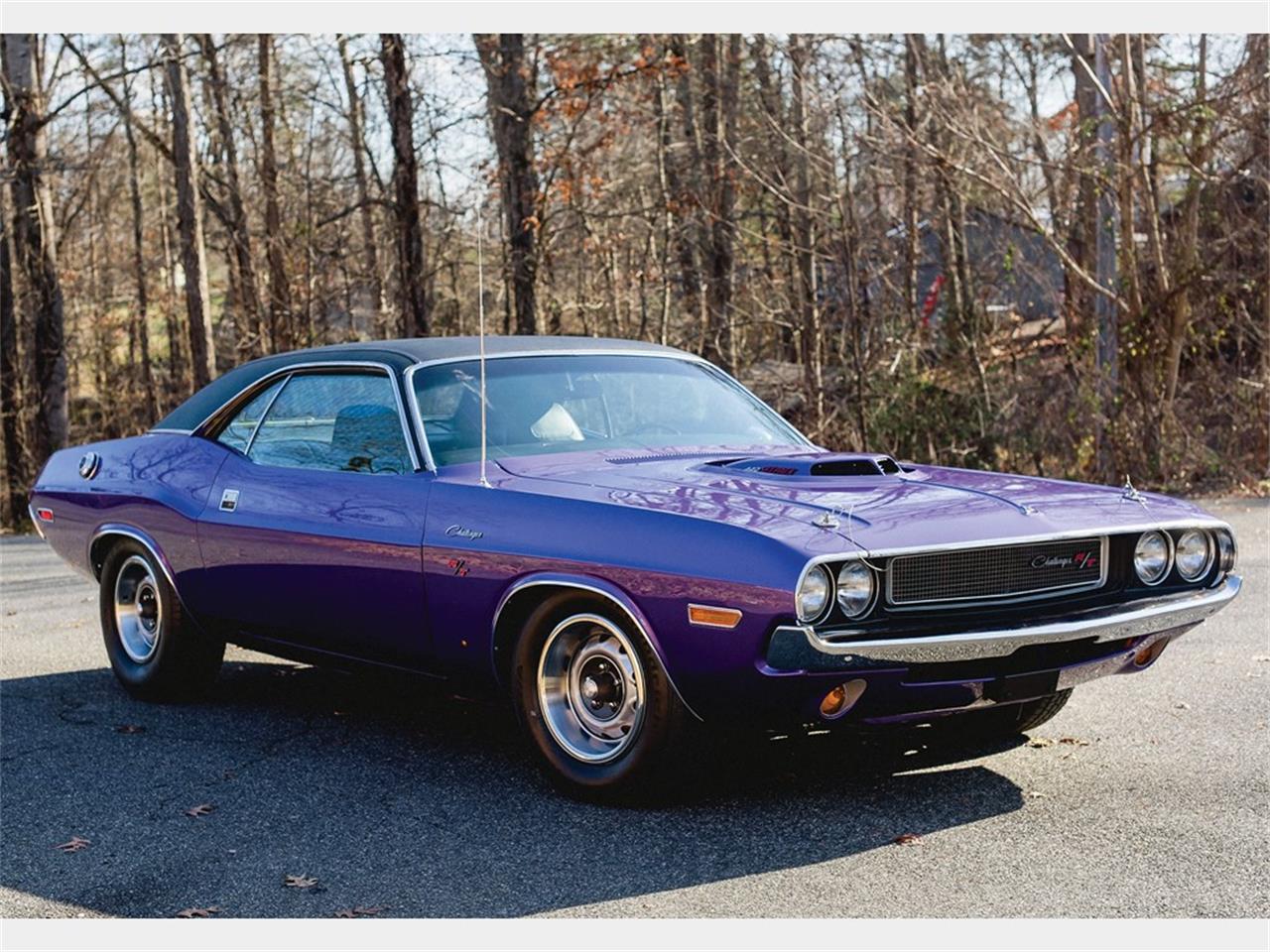 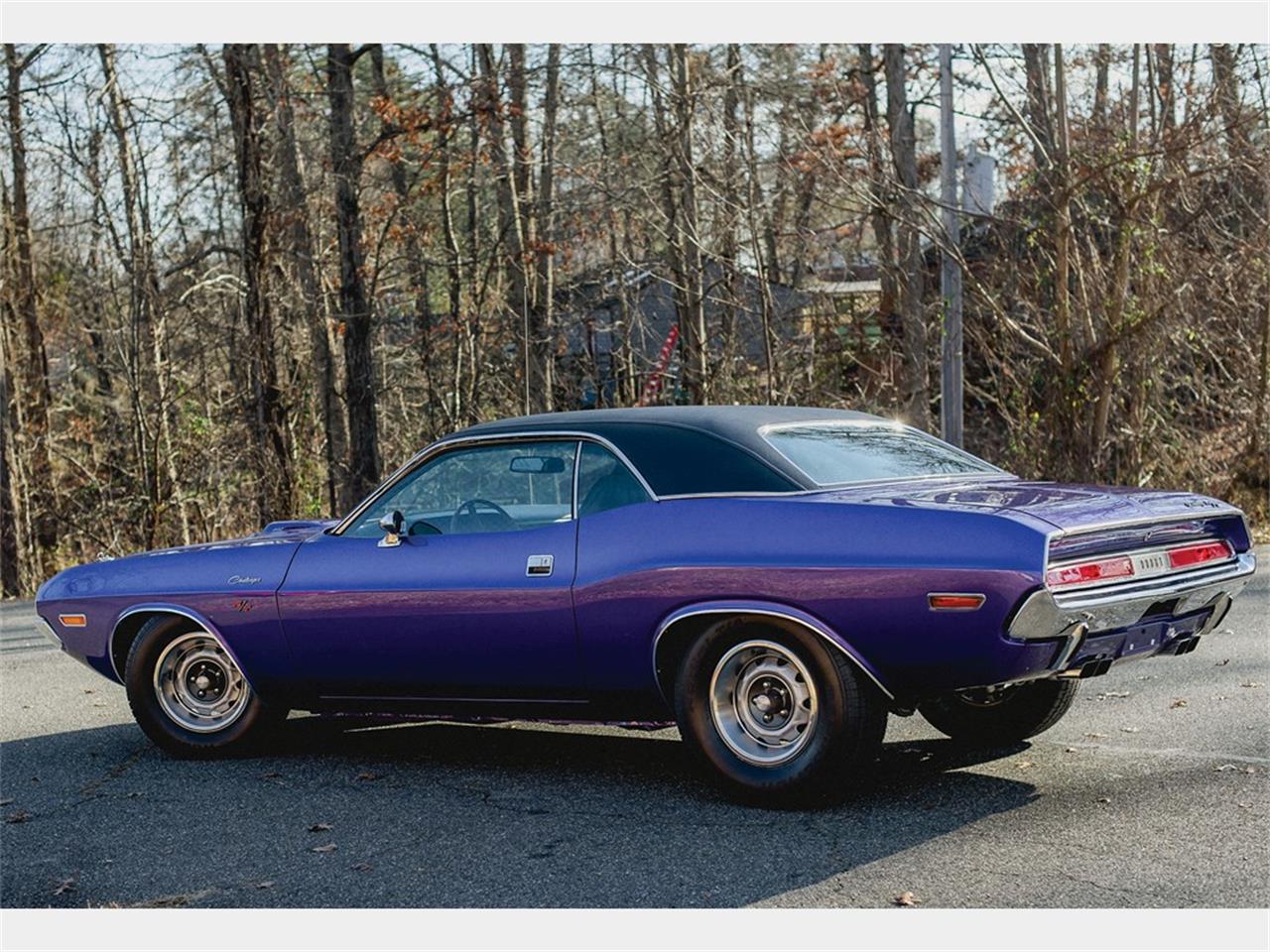 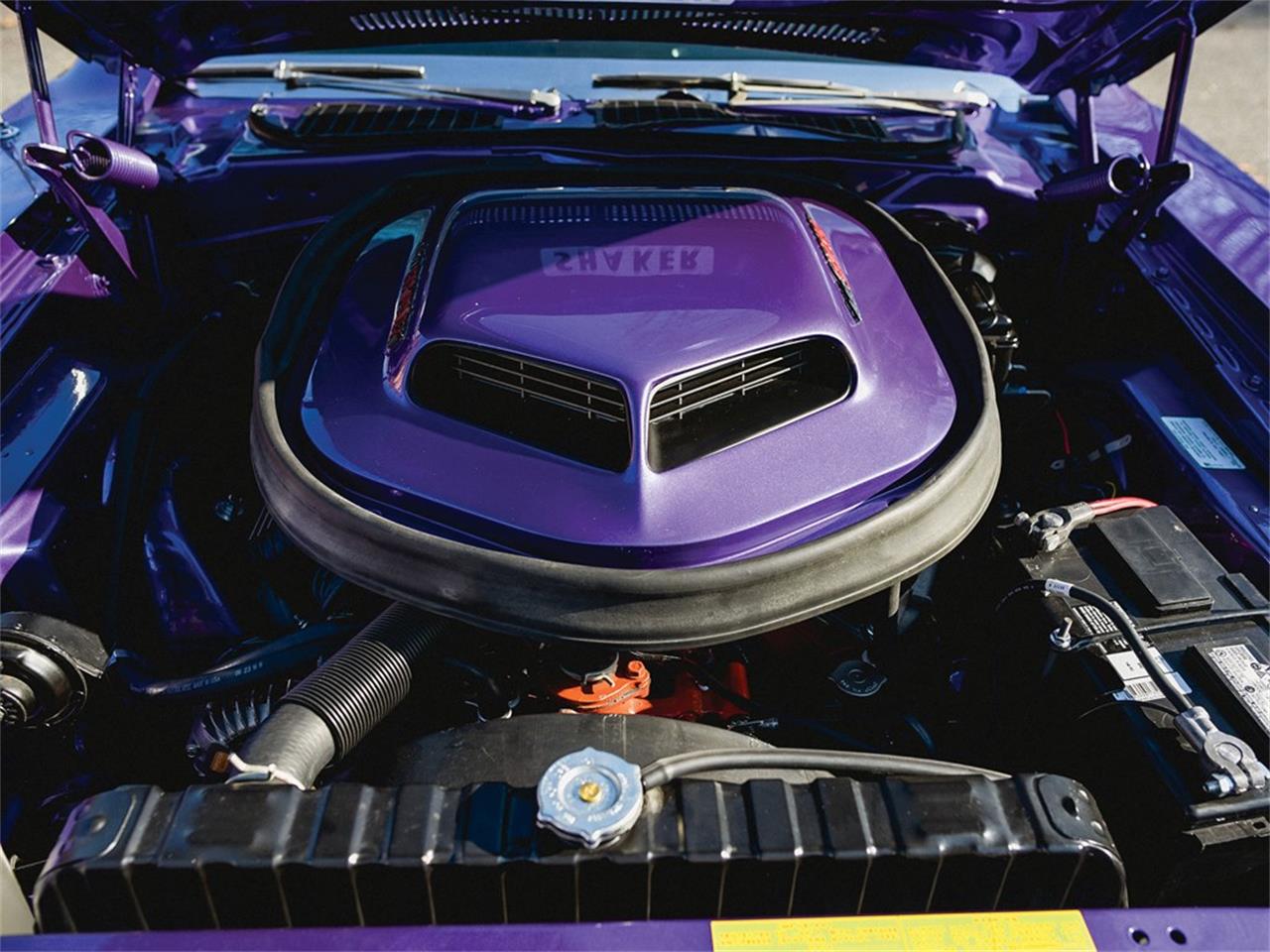 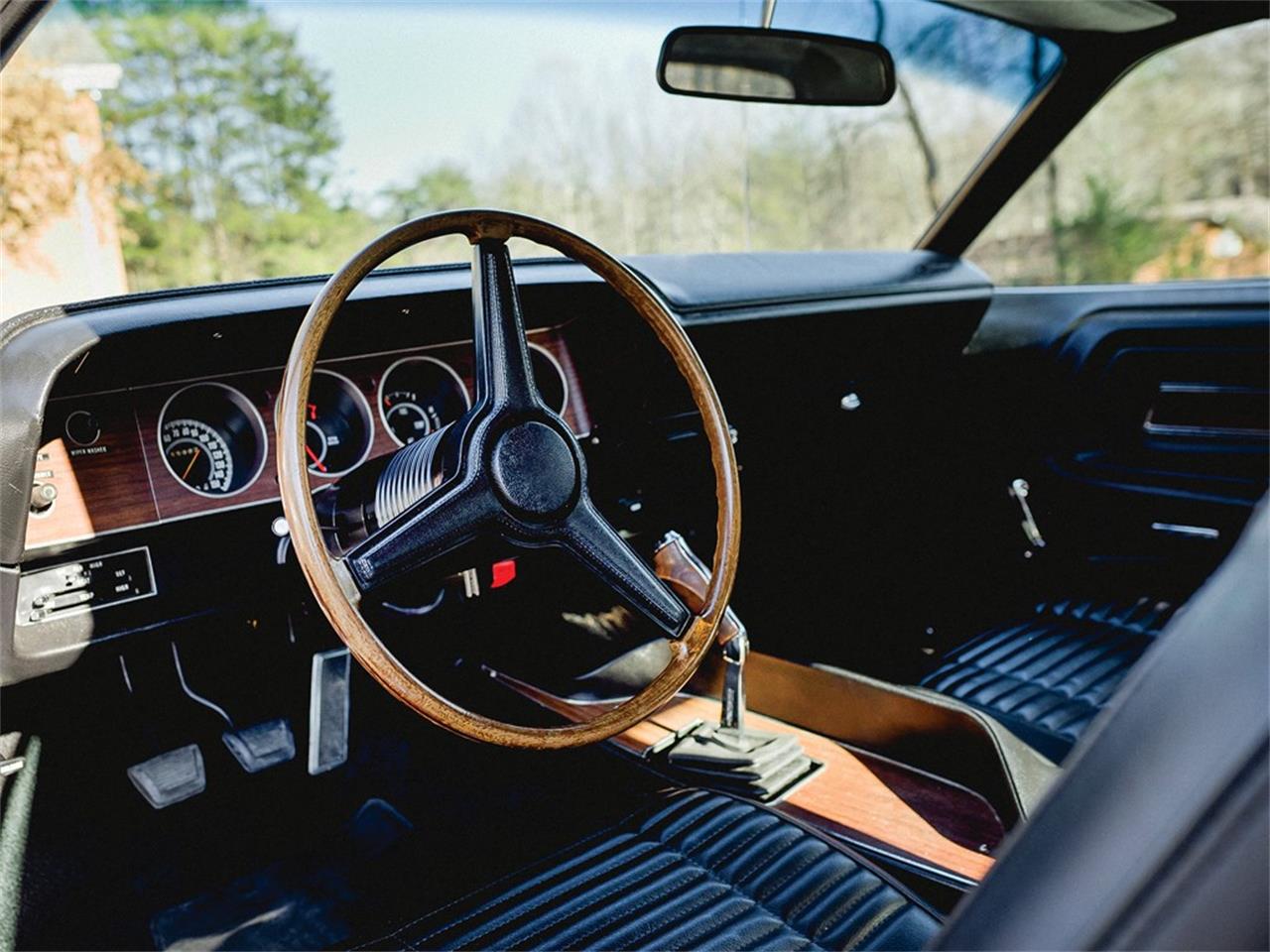 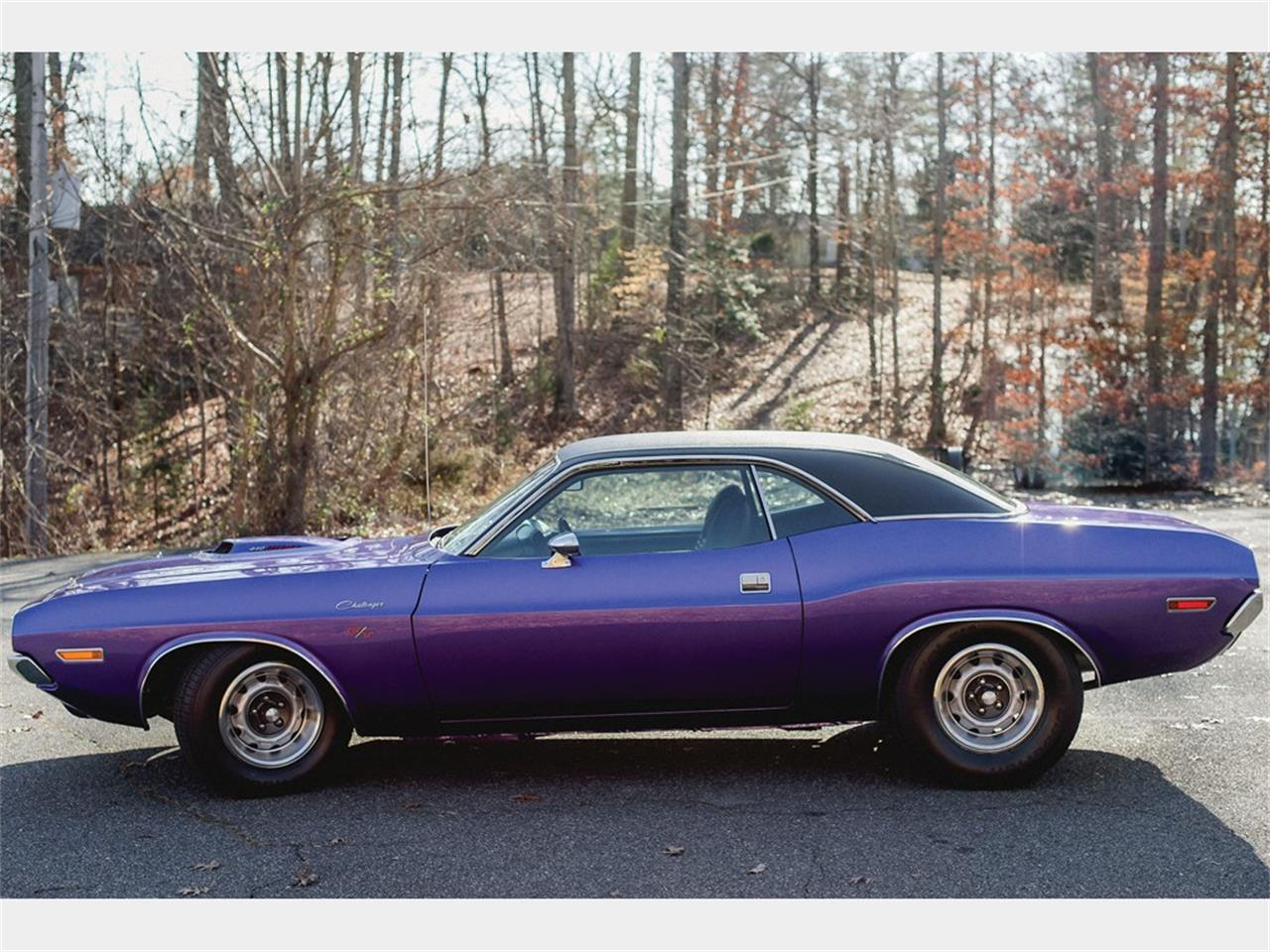 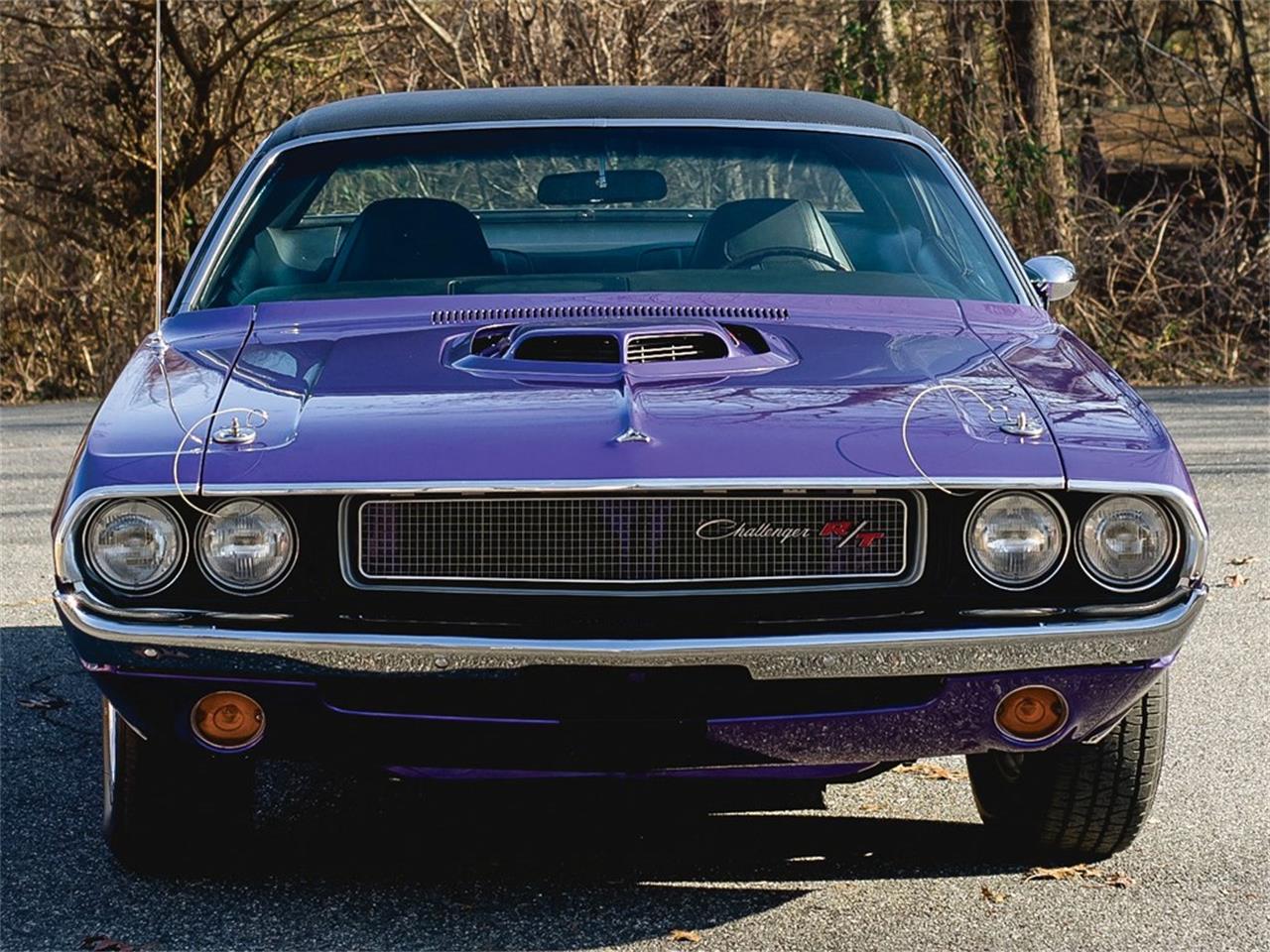 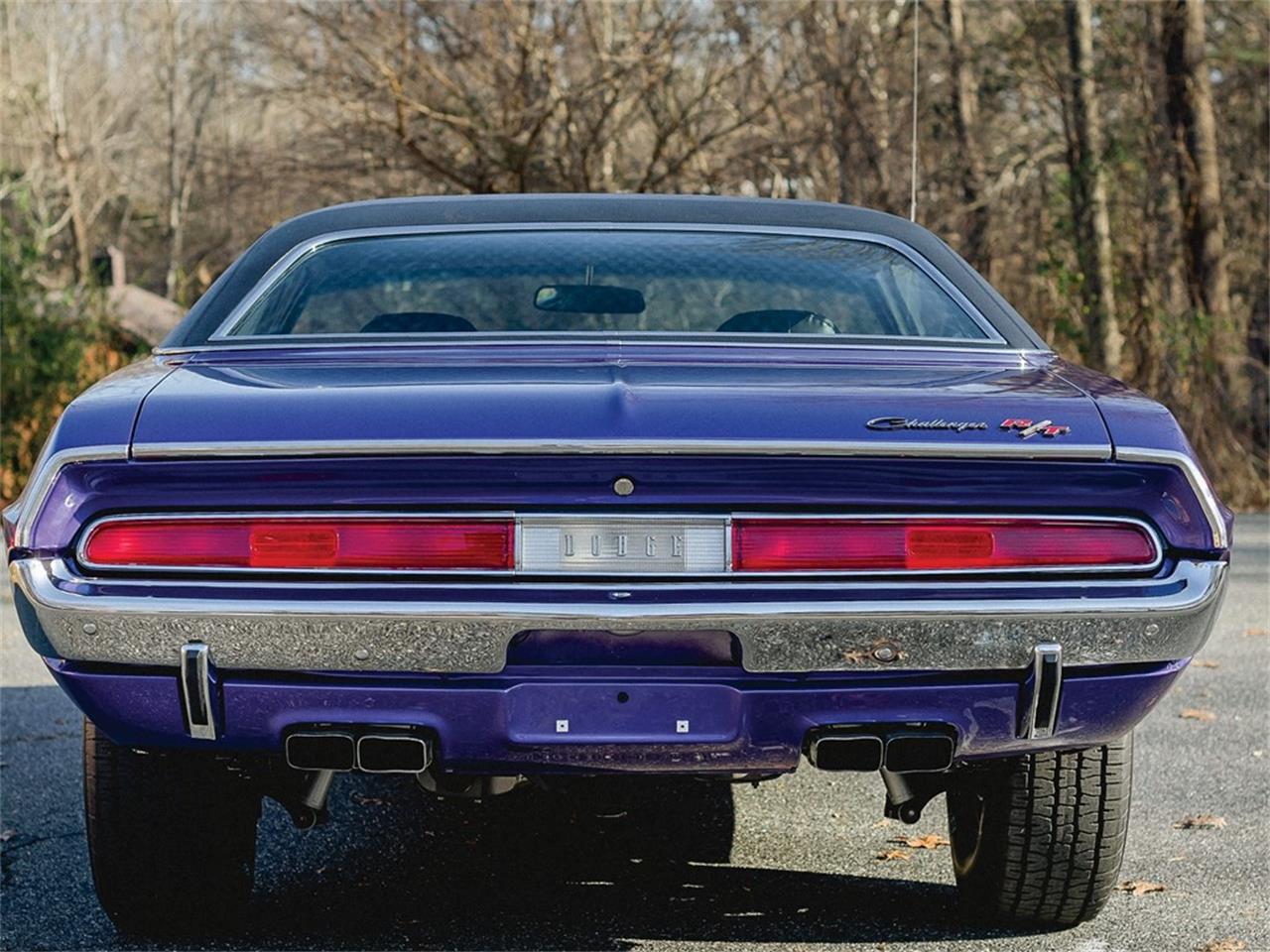 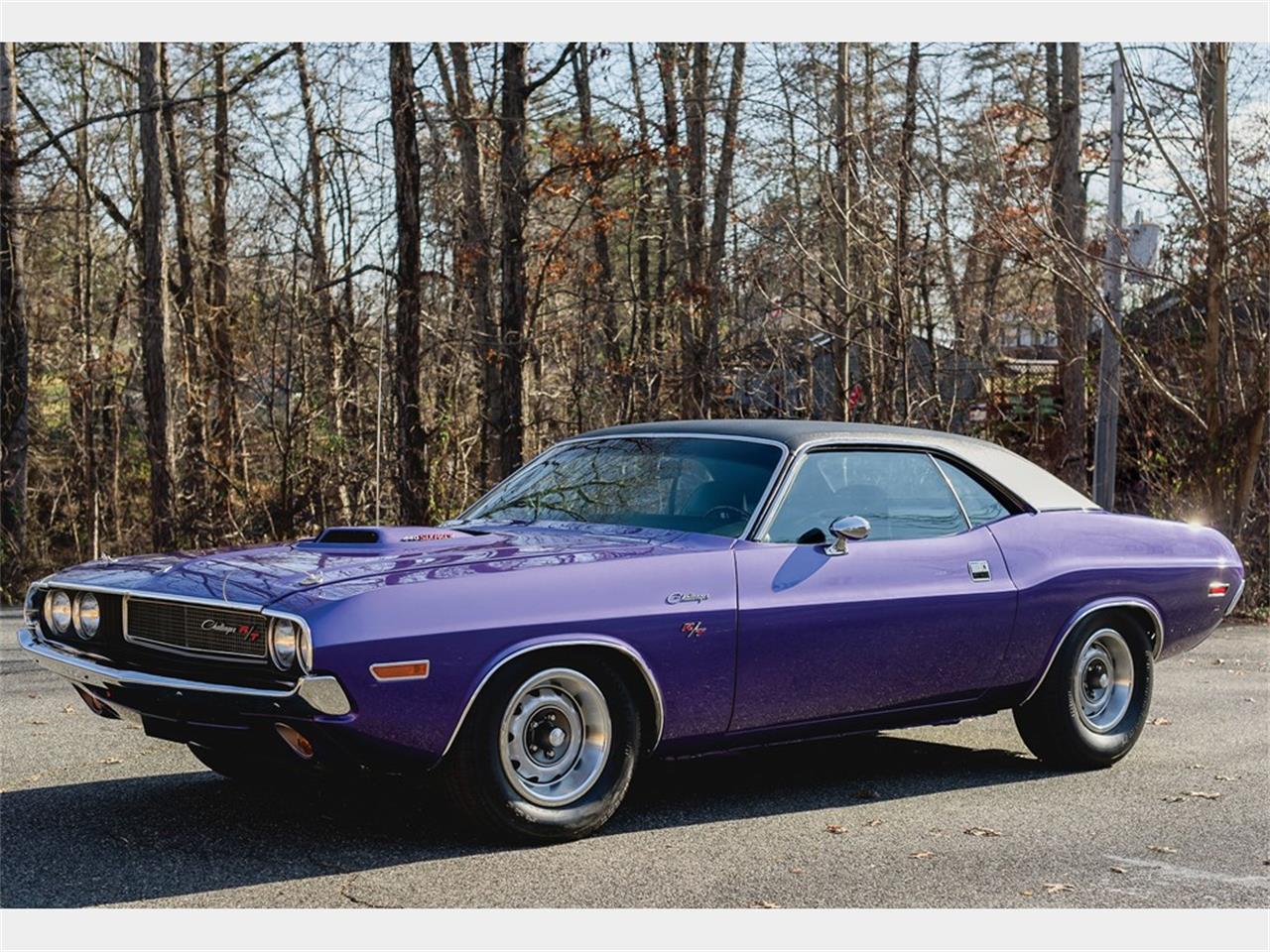 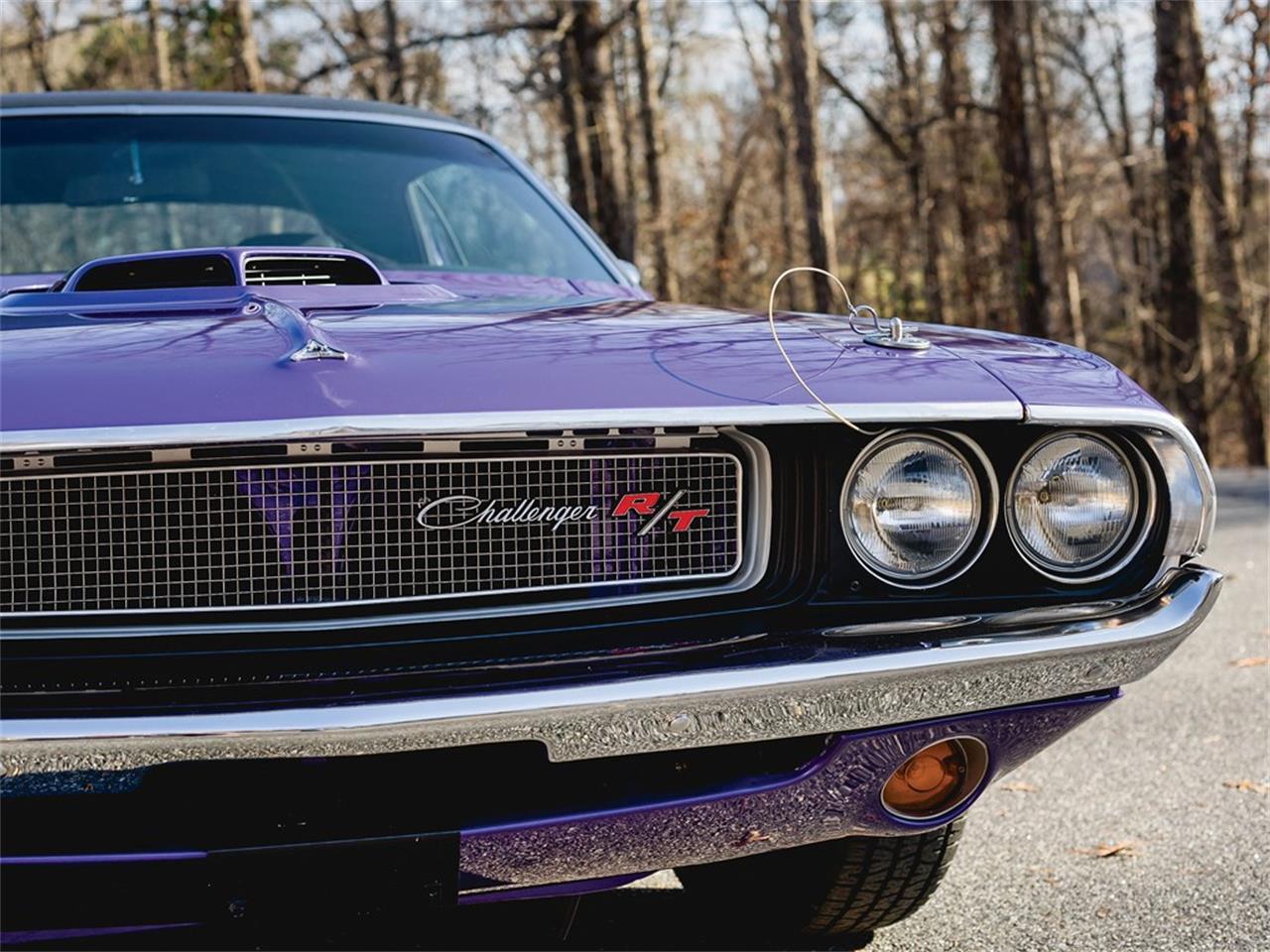 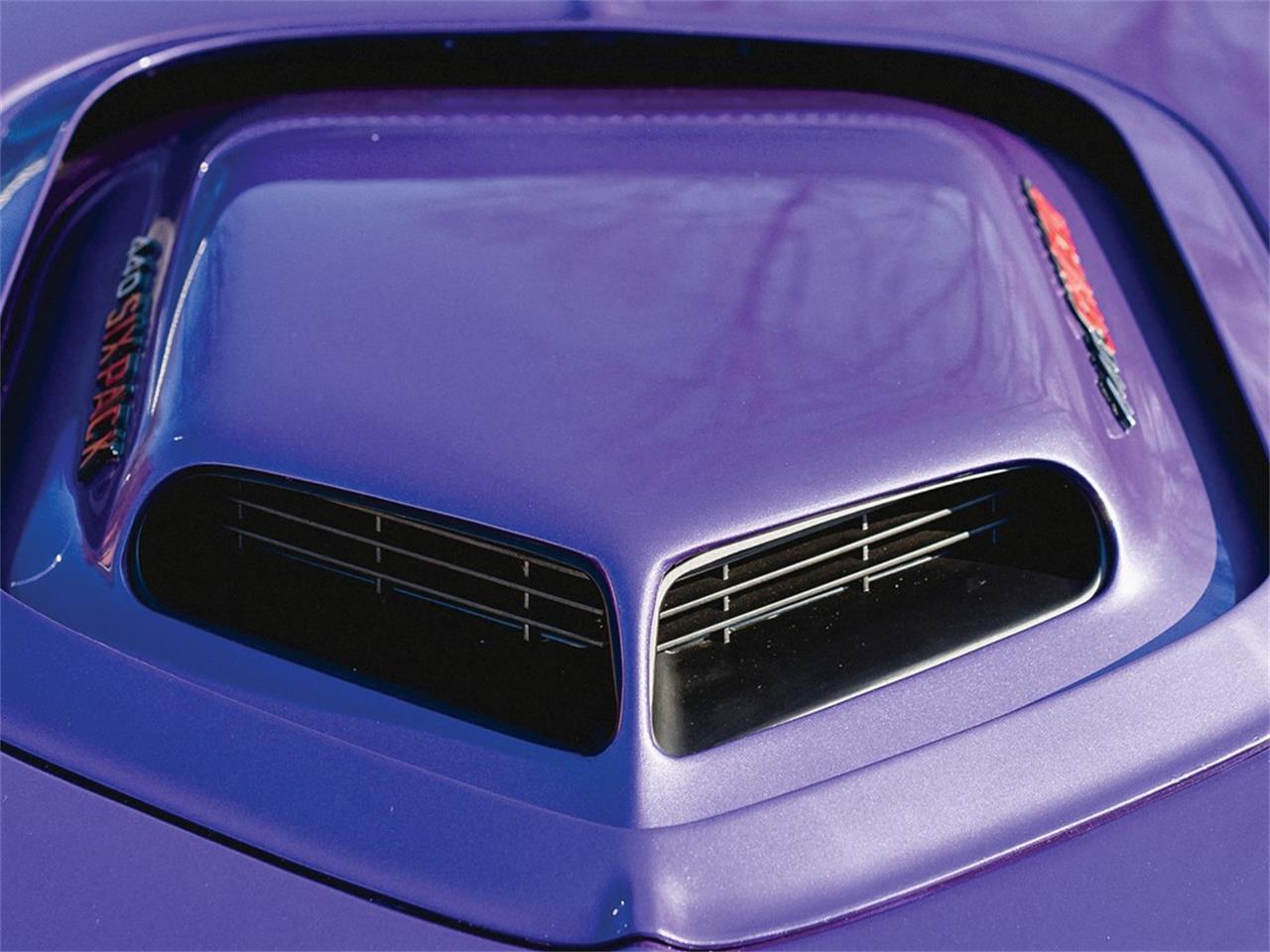 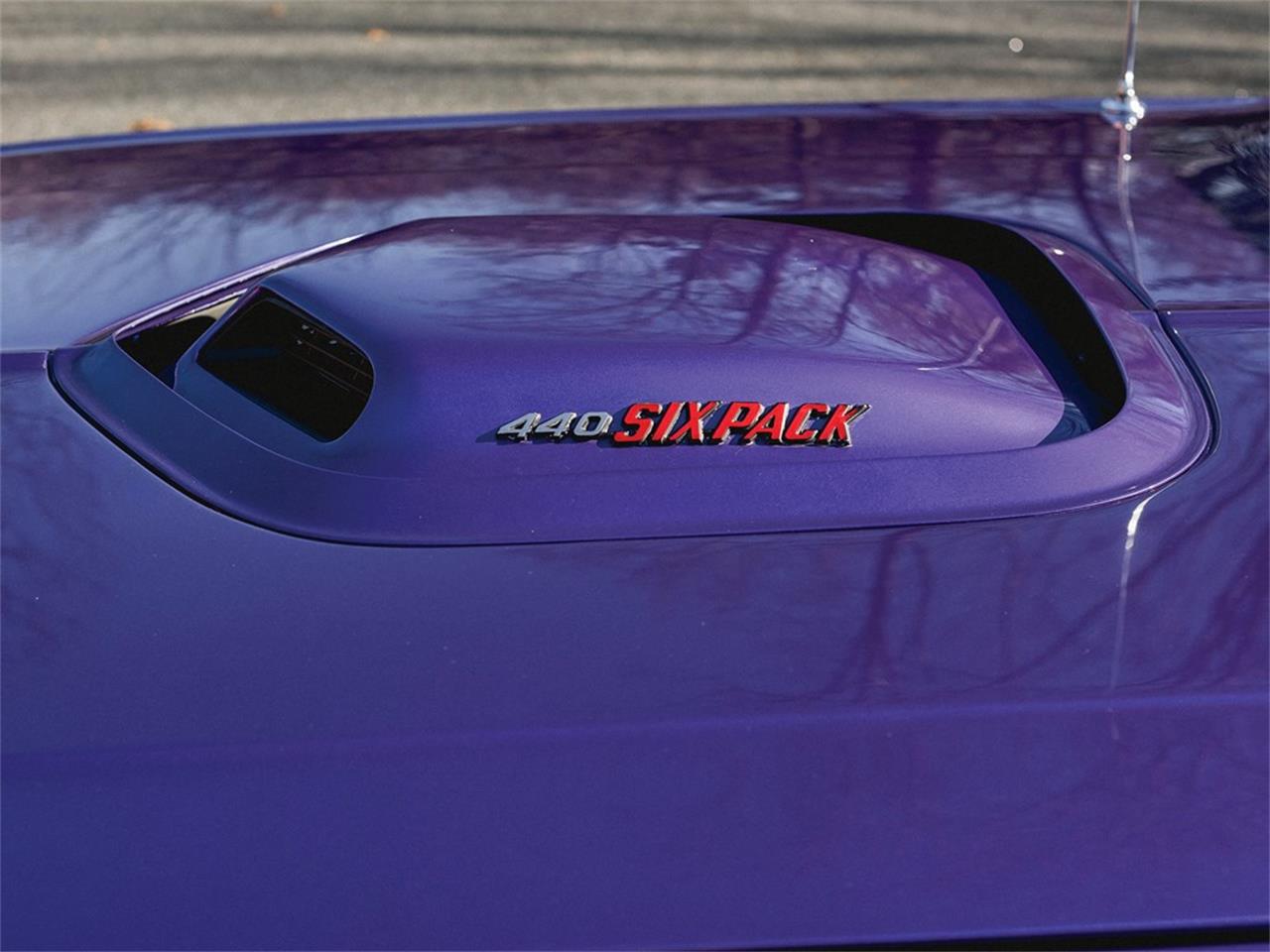 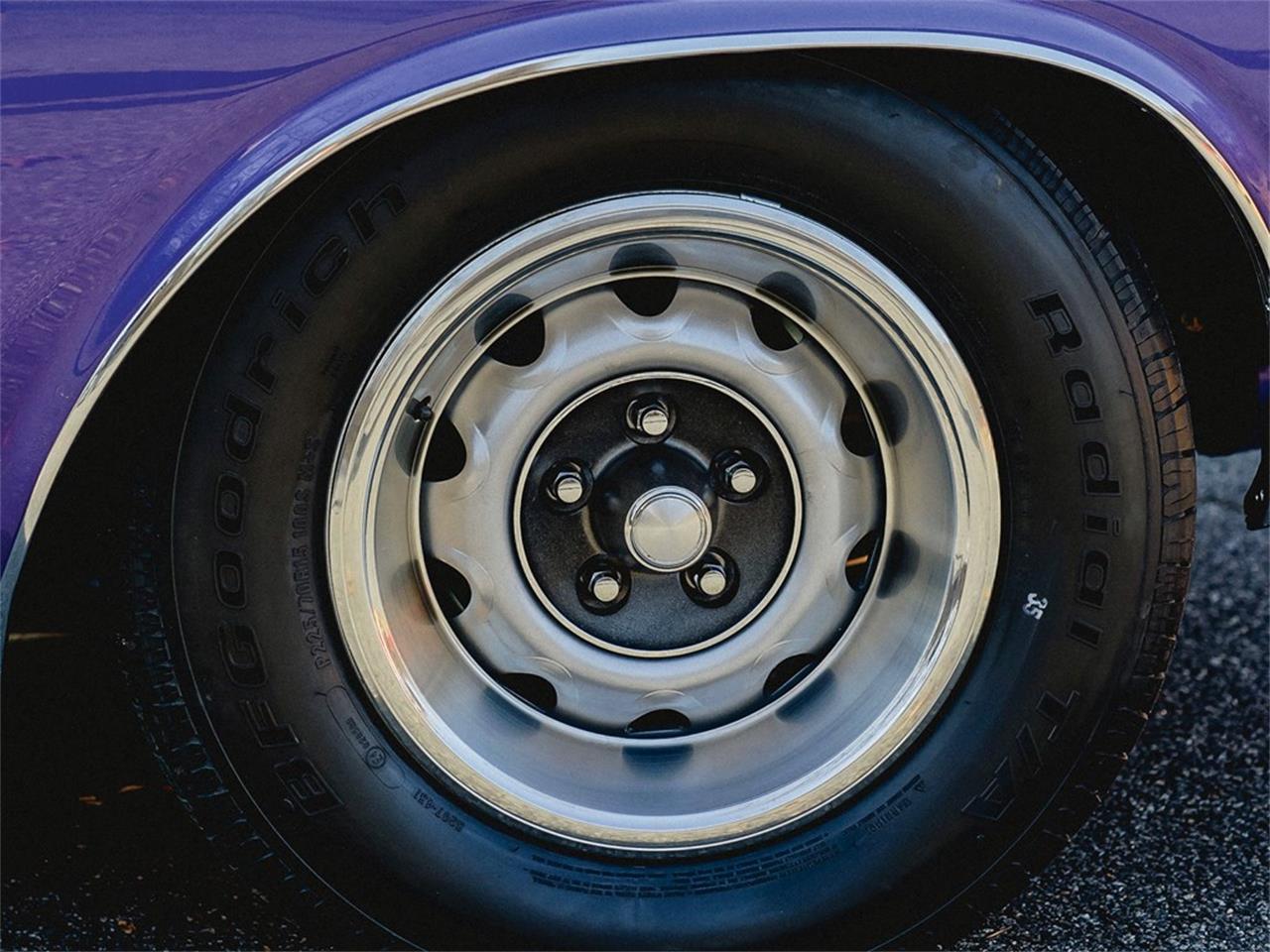 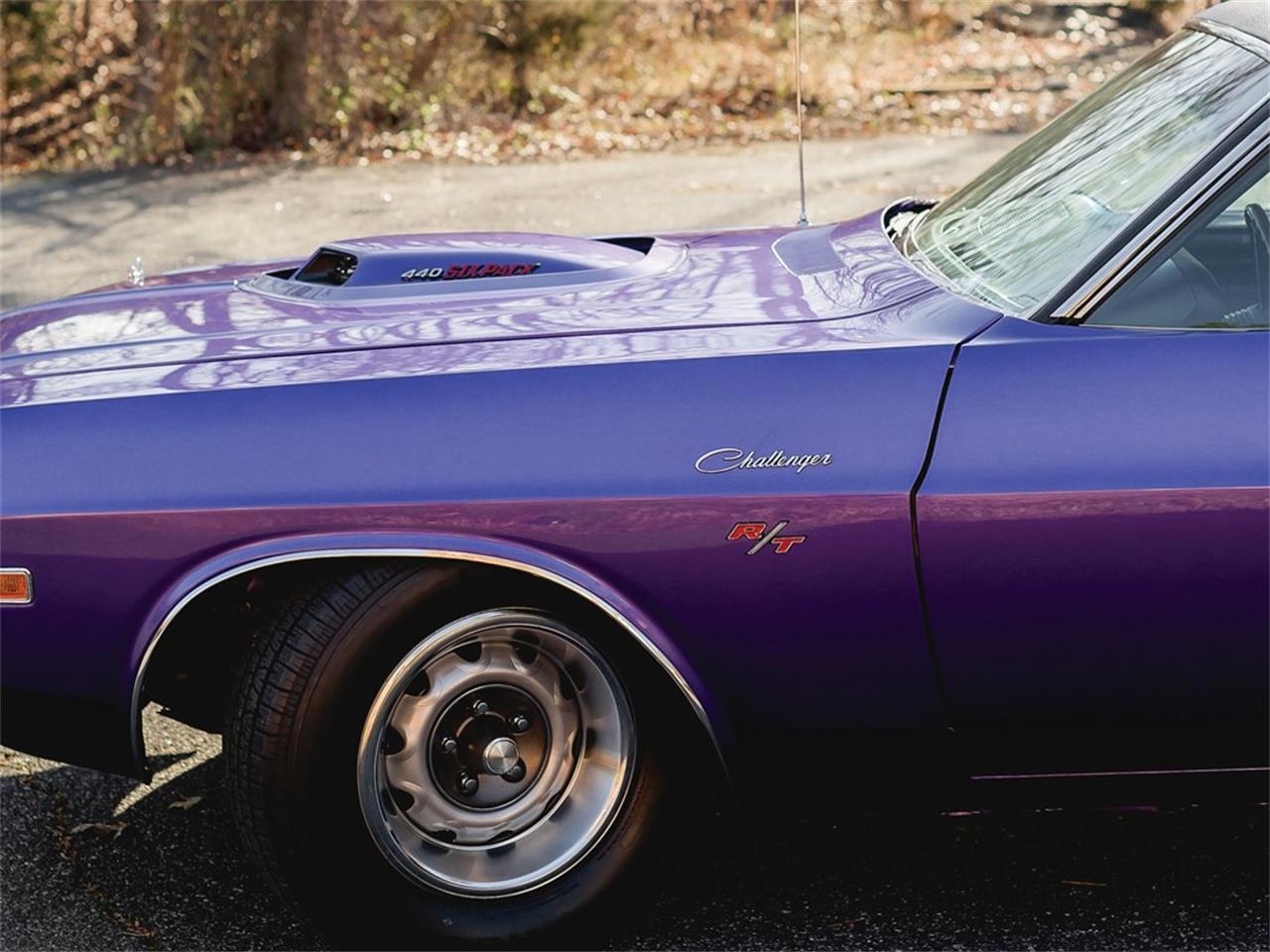 To Be OFFERED AT AUCTION at RM Sothebys' Fort Lauderdale event, 29 - 30 March 2019. Estimate: $150,000 - $175,000 Beneficiary of a high-quality restoration Highly desirable 'V-Code' 440 Six-Pack V-8 Manual transmission, with pistol grip shifter Correct shaker hood and Plum Crazy paint The Dodge Challenger carved out more than a few new niches for Chrysler's performance brand when it was unveiled in 1969. The new coupe and convertible had dashing looks. Owners placing orders for the first Challengers in late 1969 had a wide range of trim packages and individual options to sort through. With its E-Body underpinnings, the Challenger also housed a number of engine options from Chrysler's Slant-Six all the way up to a pair of big V-8s, including the 440-cu. in. Magnum Six-Pack in the Plum Crazy Challenger R/T offered here. With its shaker hood, this early 1970 Challenger R/T from the second month of production has an imposing stance. The Challenger R/T's second owner must have known what he had when he parked it in 1982 with the intention of completing a full restoration. Though that owner never finished his planned rework of the muscle car, he had the foresight to acquire and stash away a number of date-coded new-old-stock parts that would prove useful 30 years later. Those three decades of slumber in Florida allowed the Challenger R/T to remain off the road and out of the public's eye. Its original 'V-Code' 440-cu. in. V-8 engine and pistol-grip-shift manual transmission remained intact, and the gentle southern climate preserved its bodywork. The consignor started an extensive restoration roughly six years ago. The Challenger R/T was refinished in the correct Plum Crazy with a black vinyl roof, which pairs well with its polished steel wheels and beauty rings wrapped in BFGoodrich Radial T/A tires. Its original door card is a testament to its preserved state overall, although rebuilt gauges and new vinyl upholstery help give the Challenger an as-new appearance inside and out. The only modifications from stock are front disc brakes and larger sway bars for drivability plus a period-style radio unit with Bluetooth functionality. An original radio and additional parts, including original brakes and sway bars, accompany the car. The Challenger Registry states that roughly 1,640 'V-Code' cars with the 390-hp 440-cu. in. Magnum Six-Pack V-8 were built. The 'V-Code' powered cars are the rarest and most desirable MOPARs of the era, with many collectors preferring this powerplant over the 426 Hemi. This Challenger R/T, with its impressive set of options and high-quality restoration, ensures that it can be proudly shown, driven, and enjoyed for years to come. To view this car and others currently consigned to this auction, please visit the RM website at rmsothebys.com/en/auctions/fl19. 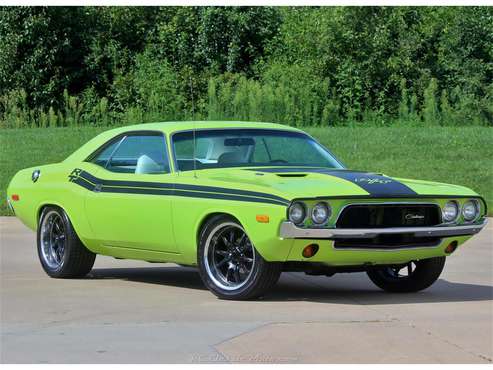 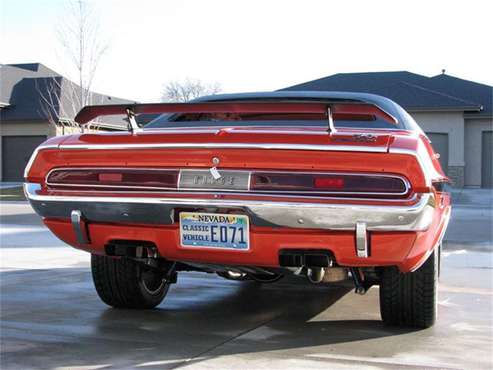 1970 Dodge Challenger R/T Special Edition Less than 100 miles on complete high quality rotisserie restoration Selling my 70 Challenger. I have owned this car for ten years and have put over $100,000 into it. Rare U code SE edition with matching ... 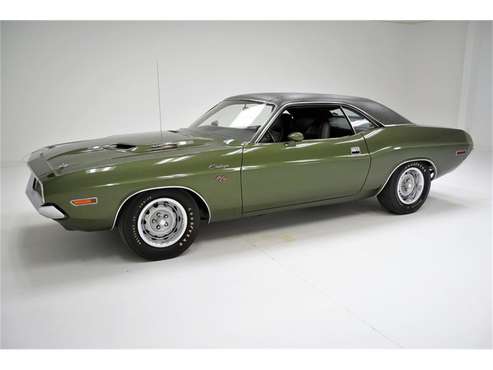 1970 Dodge Hemi Challenger RT Although the Dodge Challenger was the last entrant in the pony car ranks of Detroit's Big Three, it arrived with something its competitors didn't have: the greatest range of powertrain choices in the industry, from t... 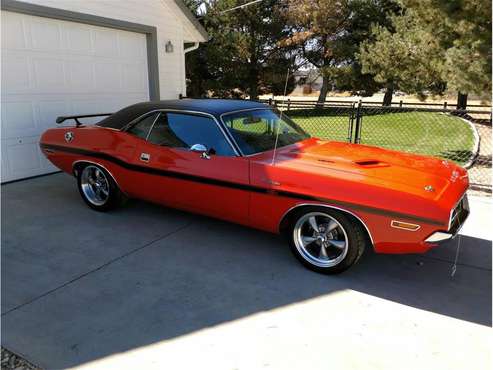 CLASSIC AMERICAN MUSCLE CAR BEAUTIFULLY RESTORED TO ITS ORIGINAL CONDITION FOR SALE: A gorgeous and painstakingly restored 1970 Dodge Challenger RT/SE resurrected in its original Hemi Orange color. This is the high-performance, Special Edition (... 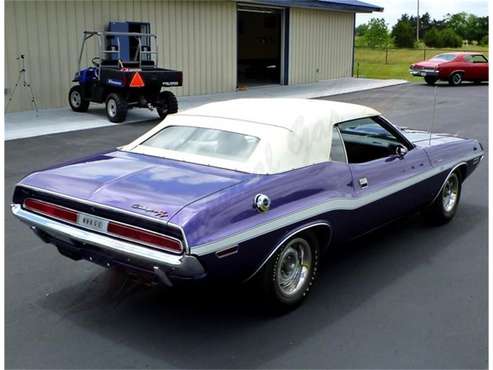 1970 Dodge Challenger Convertible Anybody who has seen any of the televised car auctions likely knows about the crazy numbers vintage mopars are bringing. Some of these cars are incredibly rare making them one of only a few every built. Of the Cha... 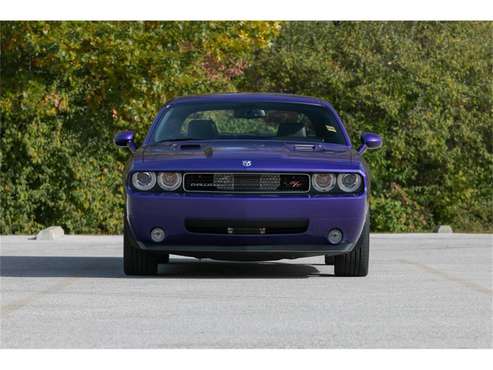 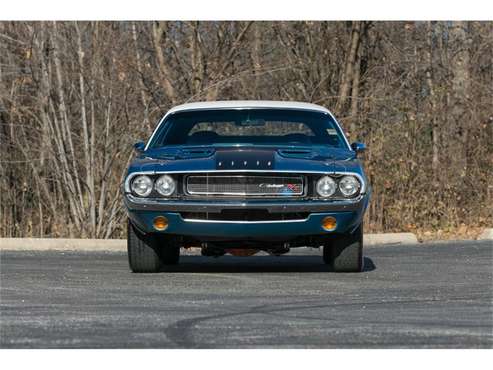 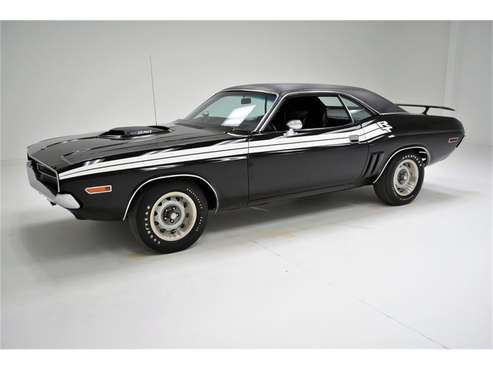 1971 Dodge Challenger R/T For 1971, planners looked at the 1970 sales and simplified the range slightly, otherwise largely leaving Challenger and Barracuda intact. They added in the 340 V8, a lightweight but powerful engine that gave serious perf...