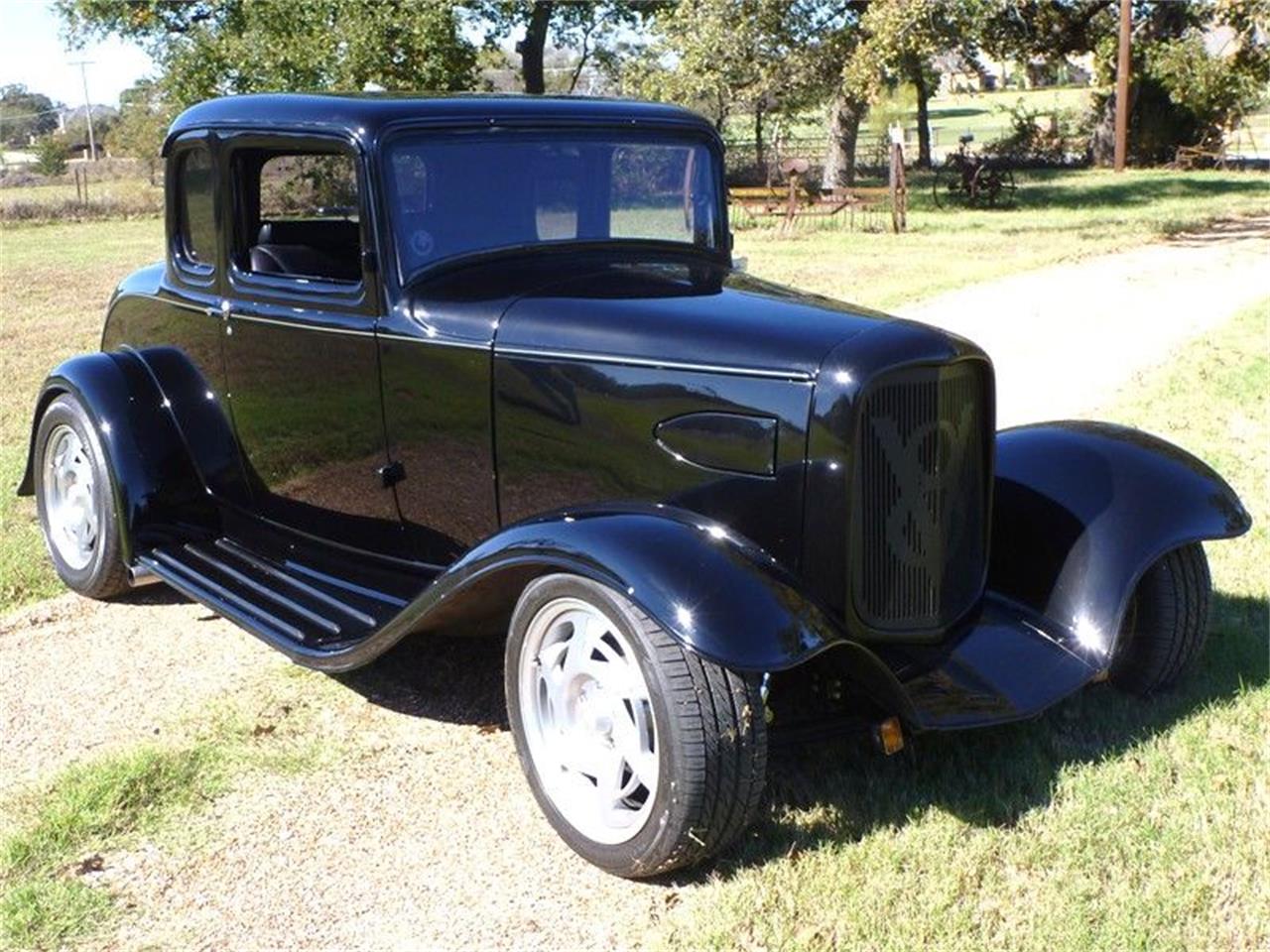 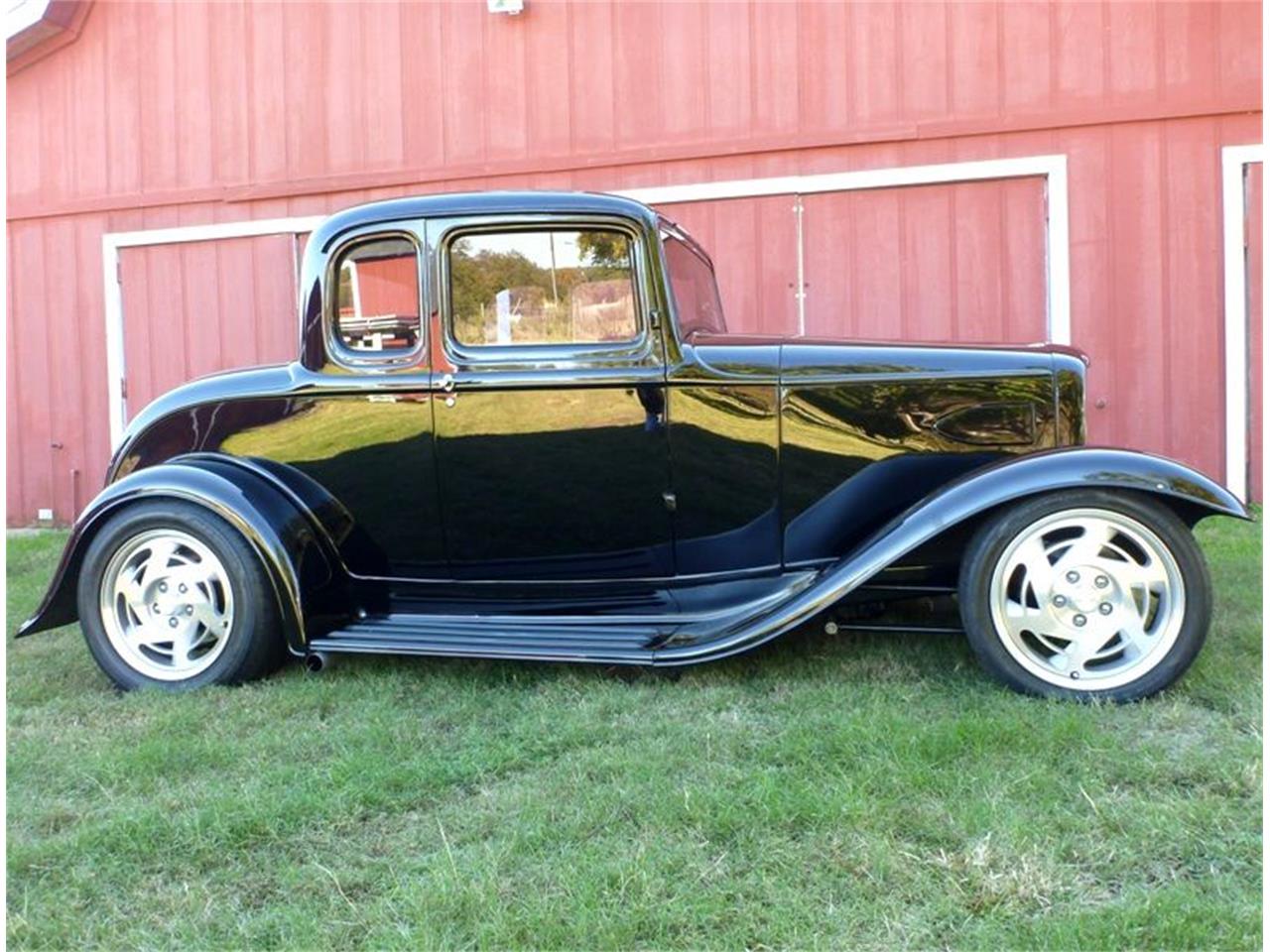 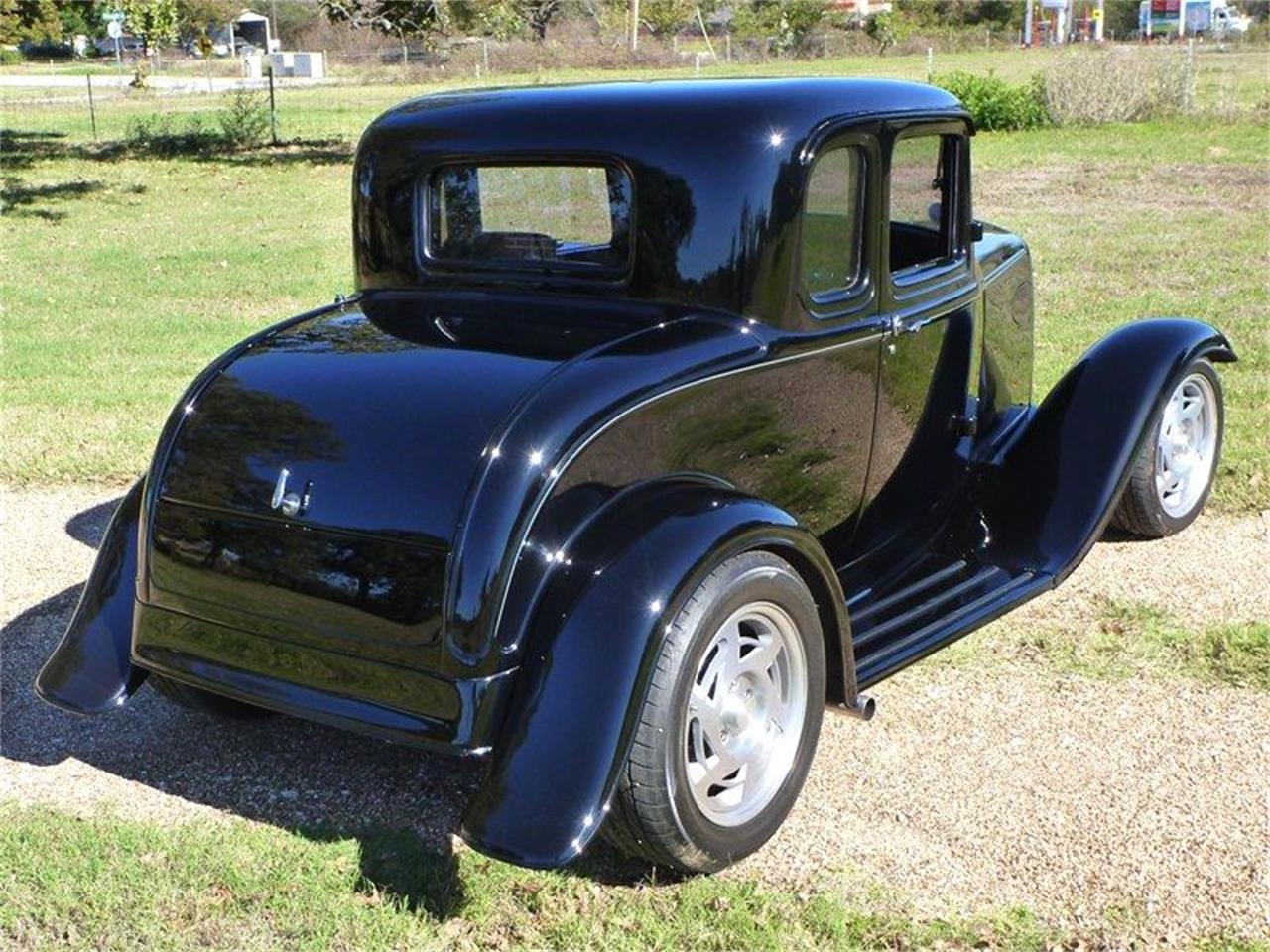 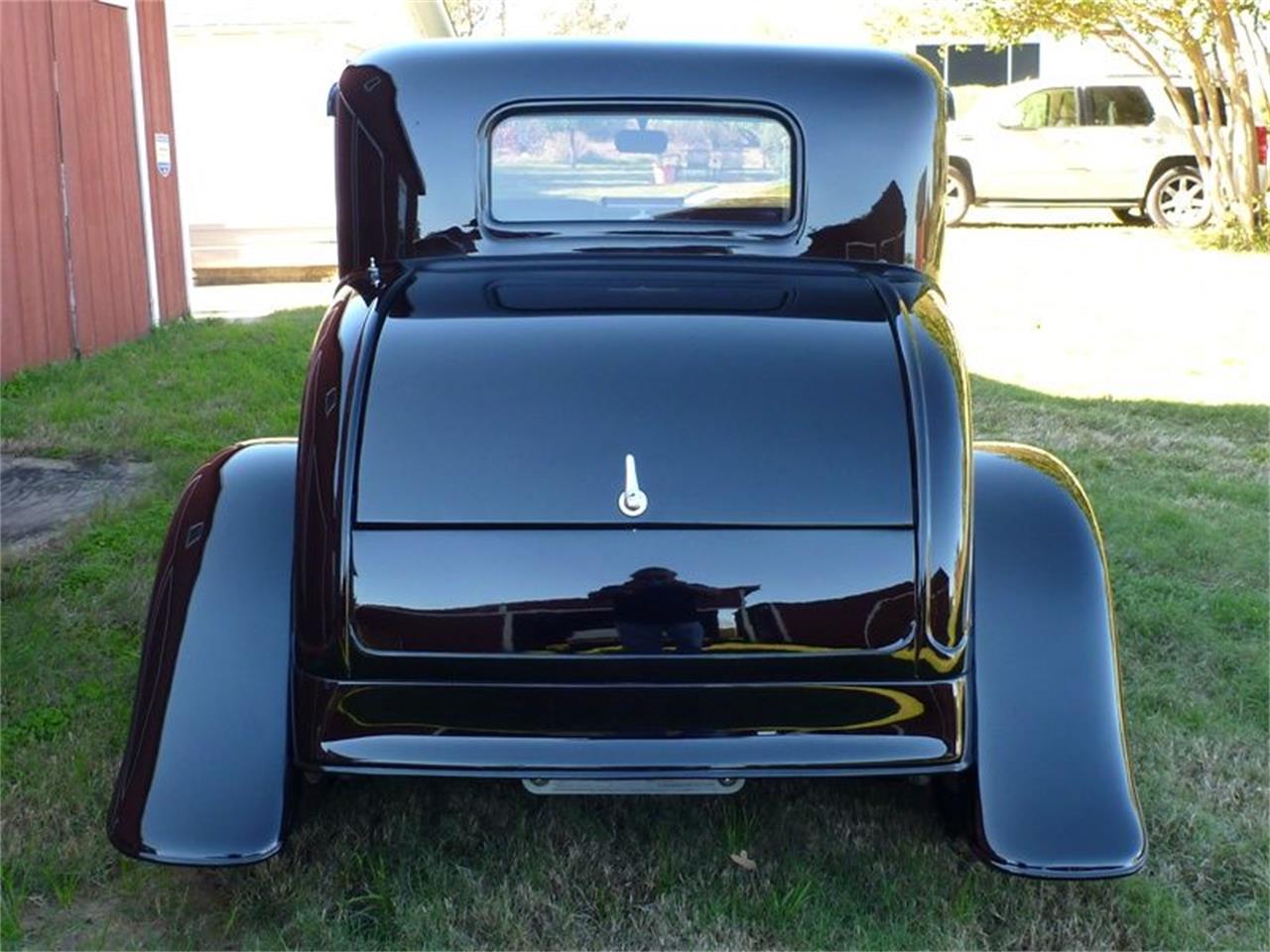 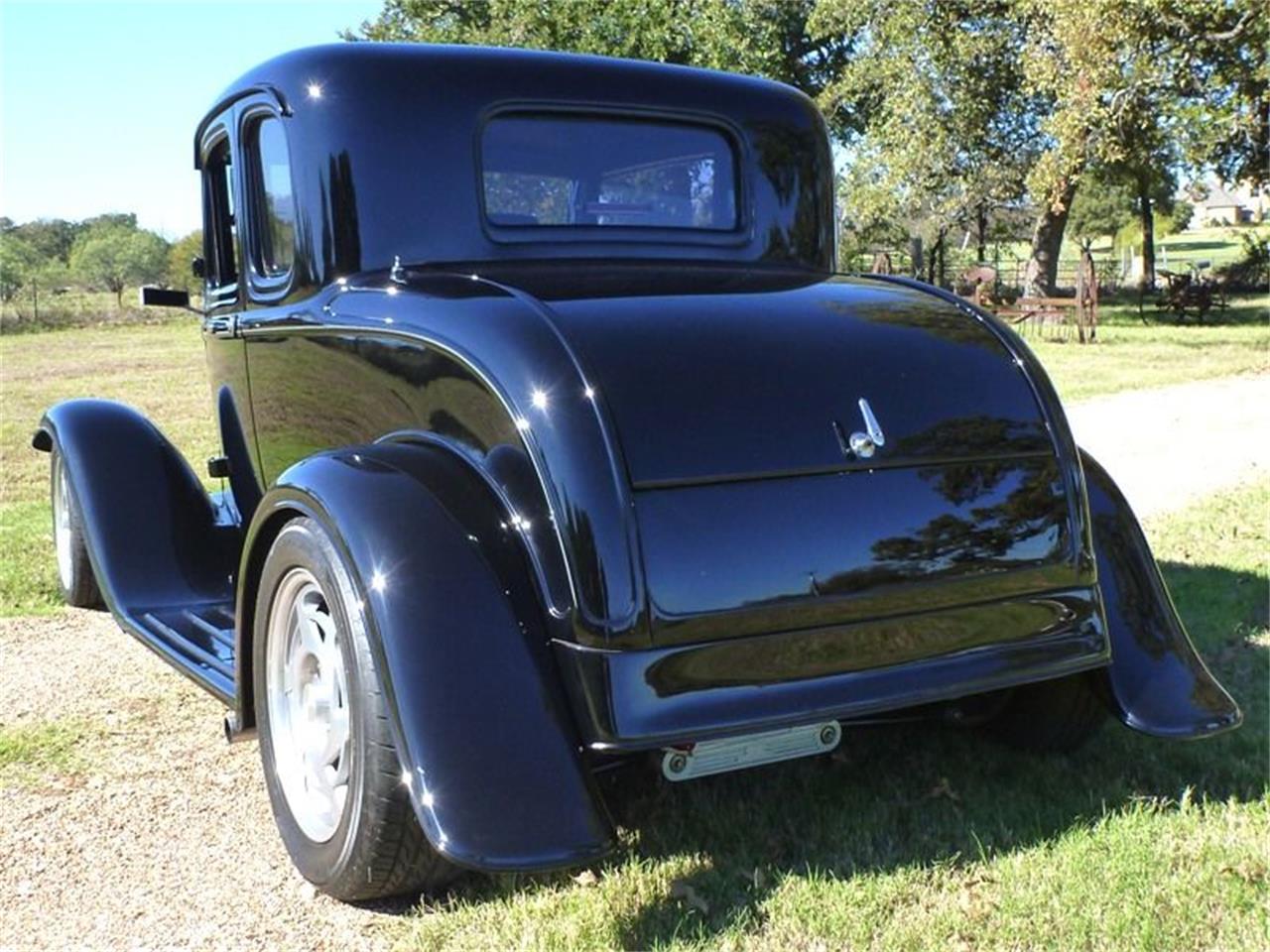 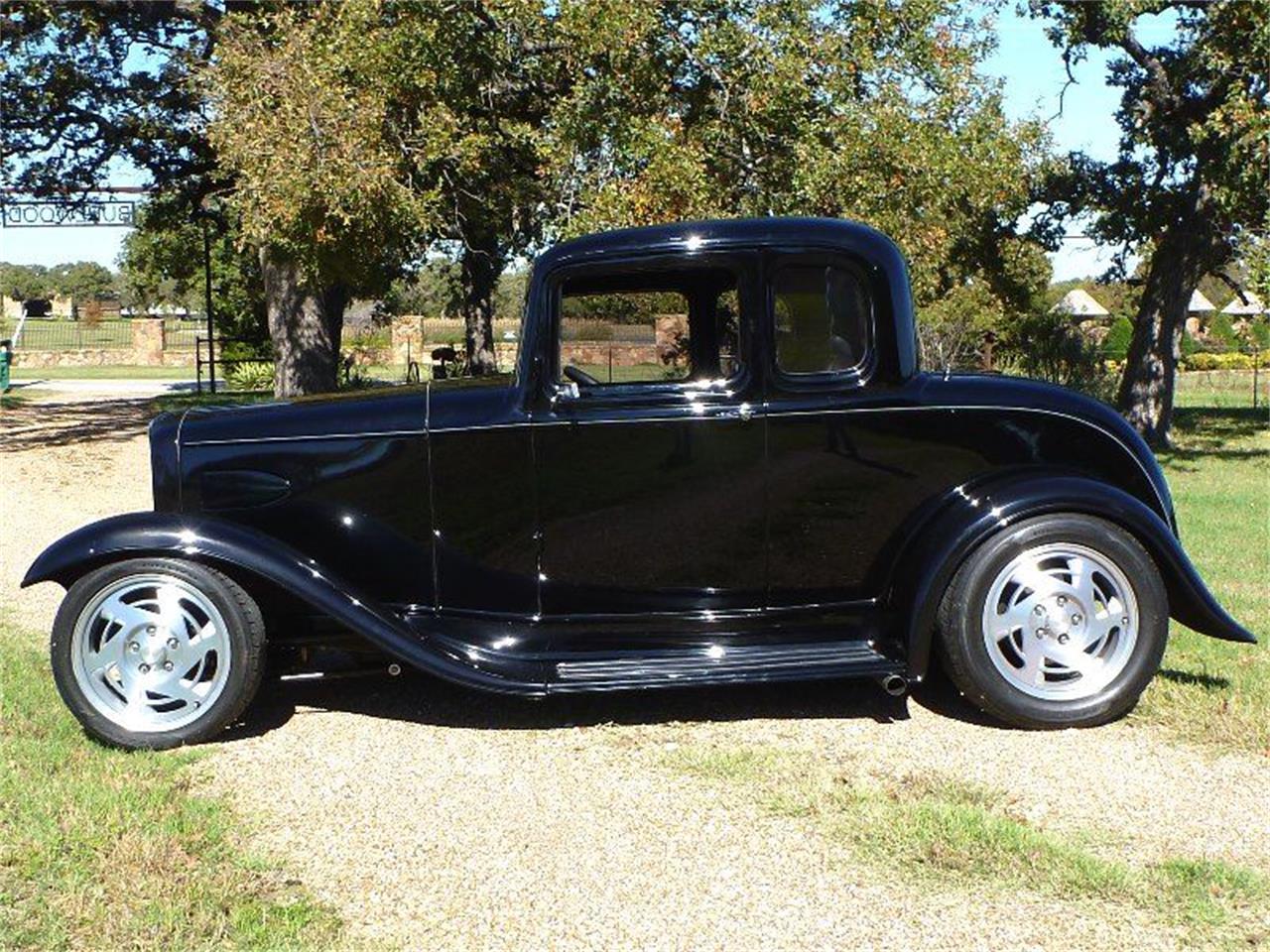 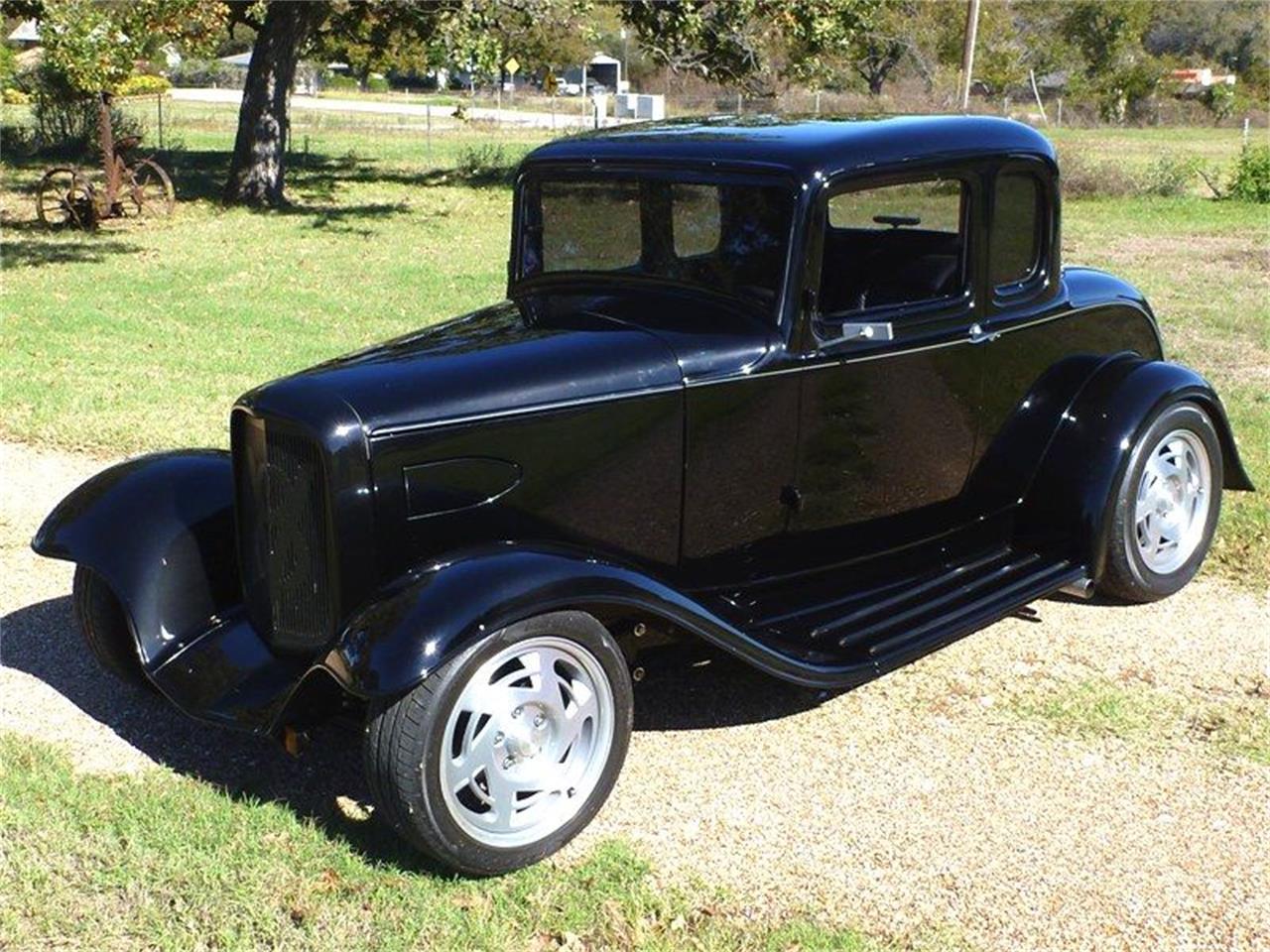 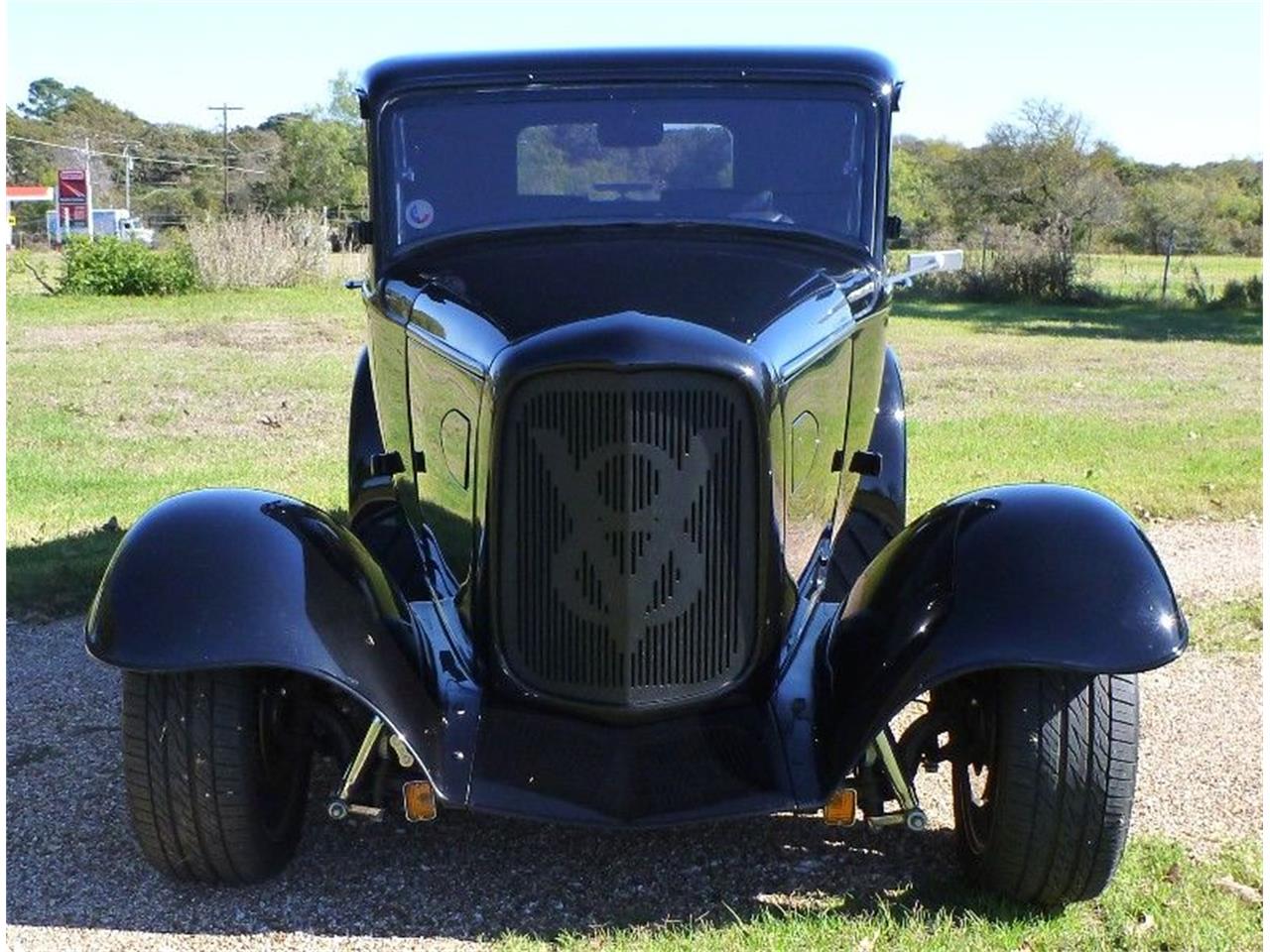 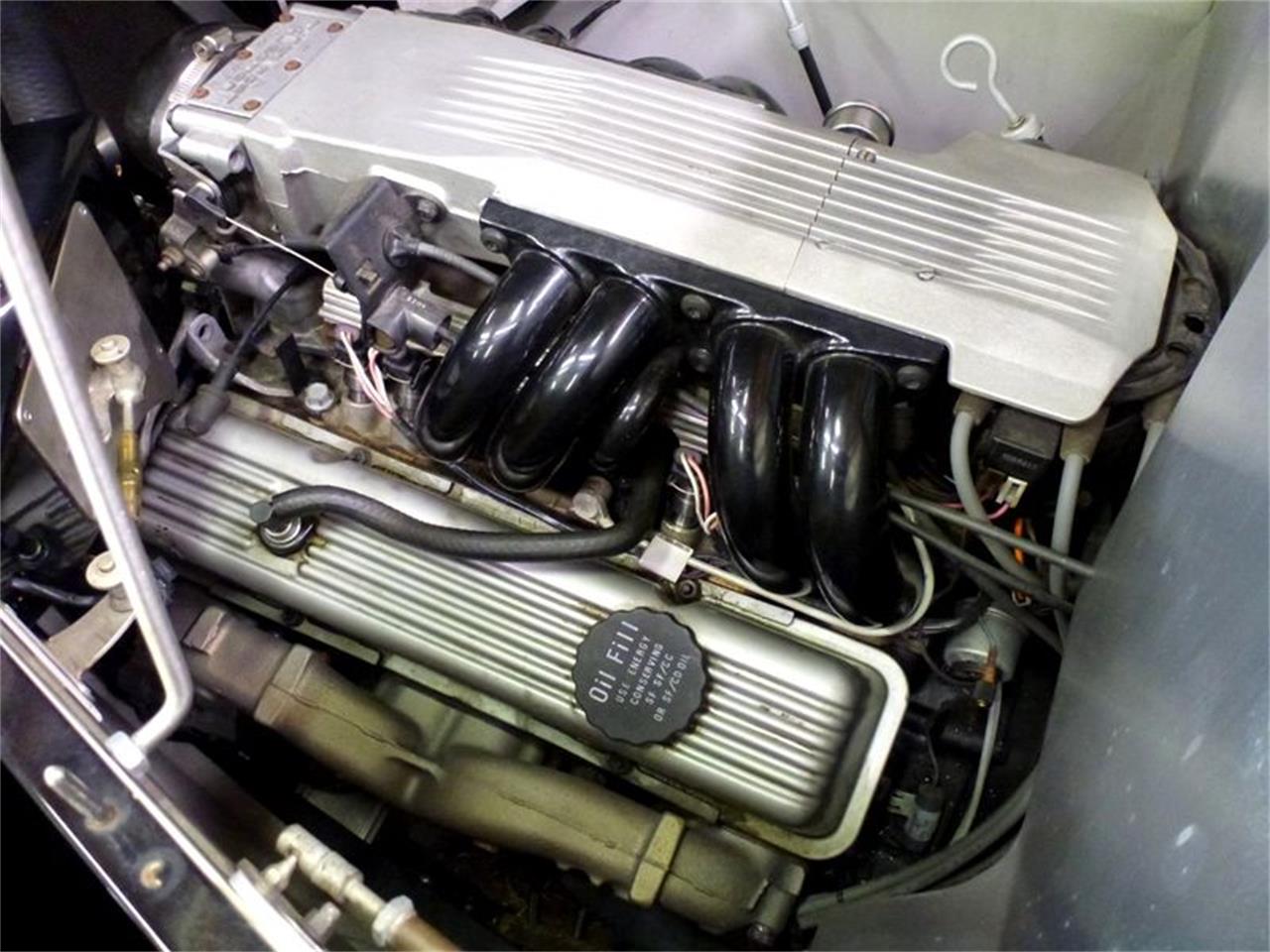 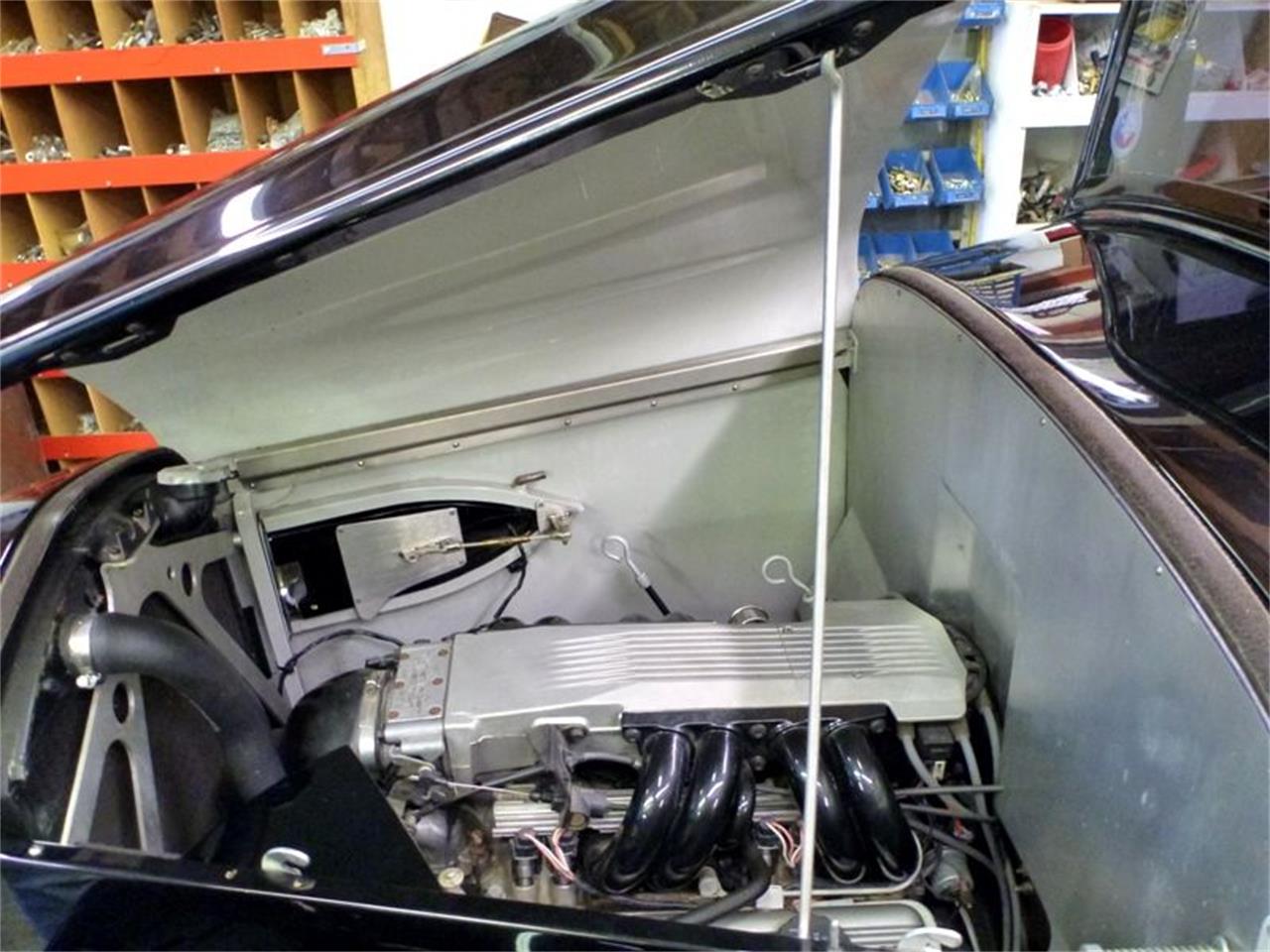 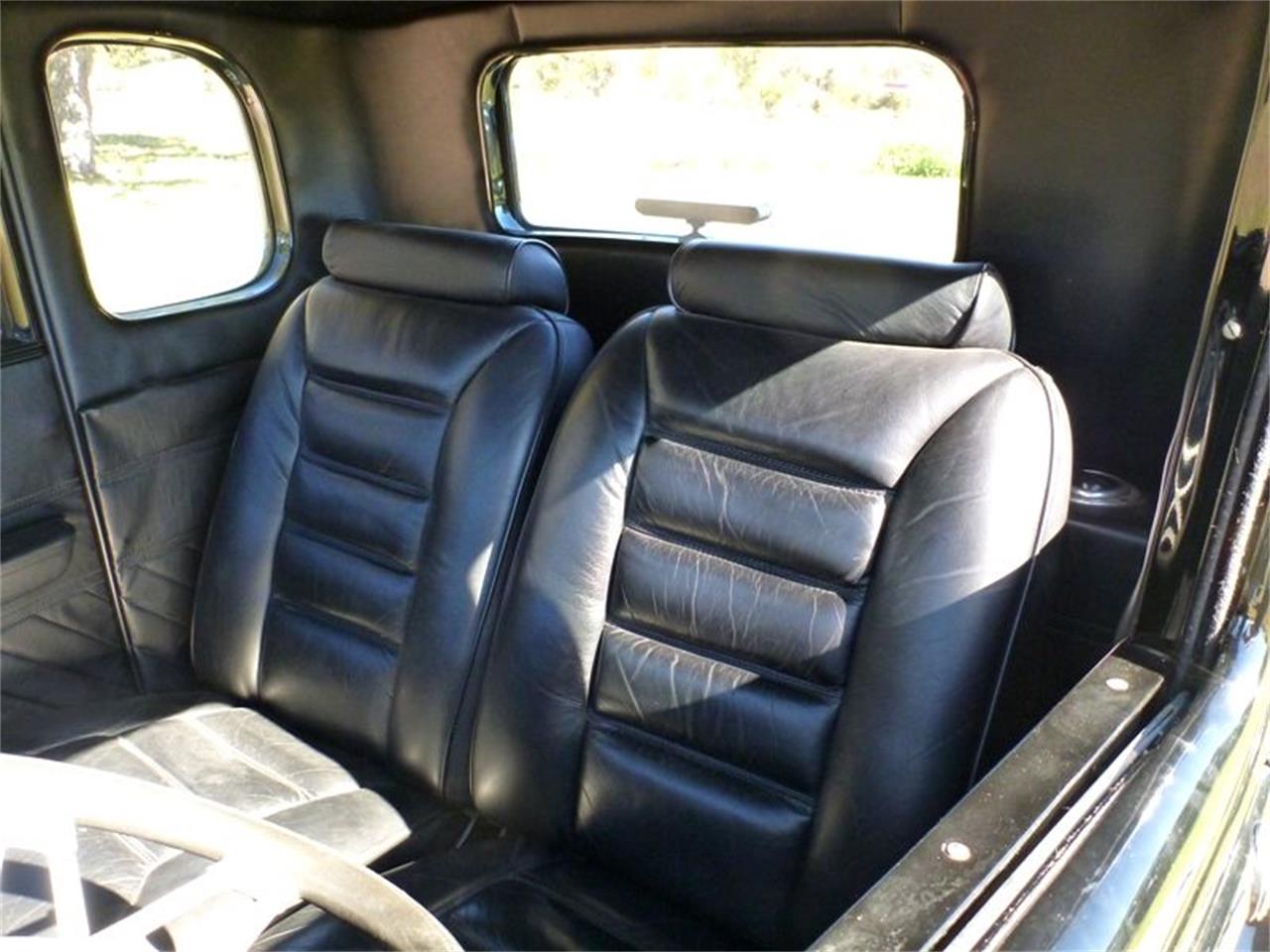 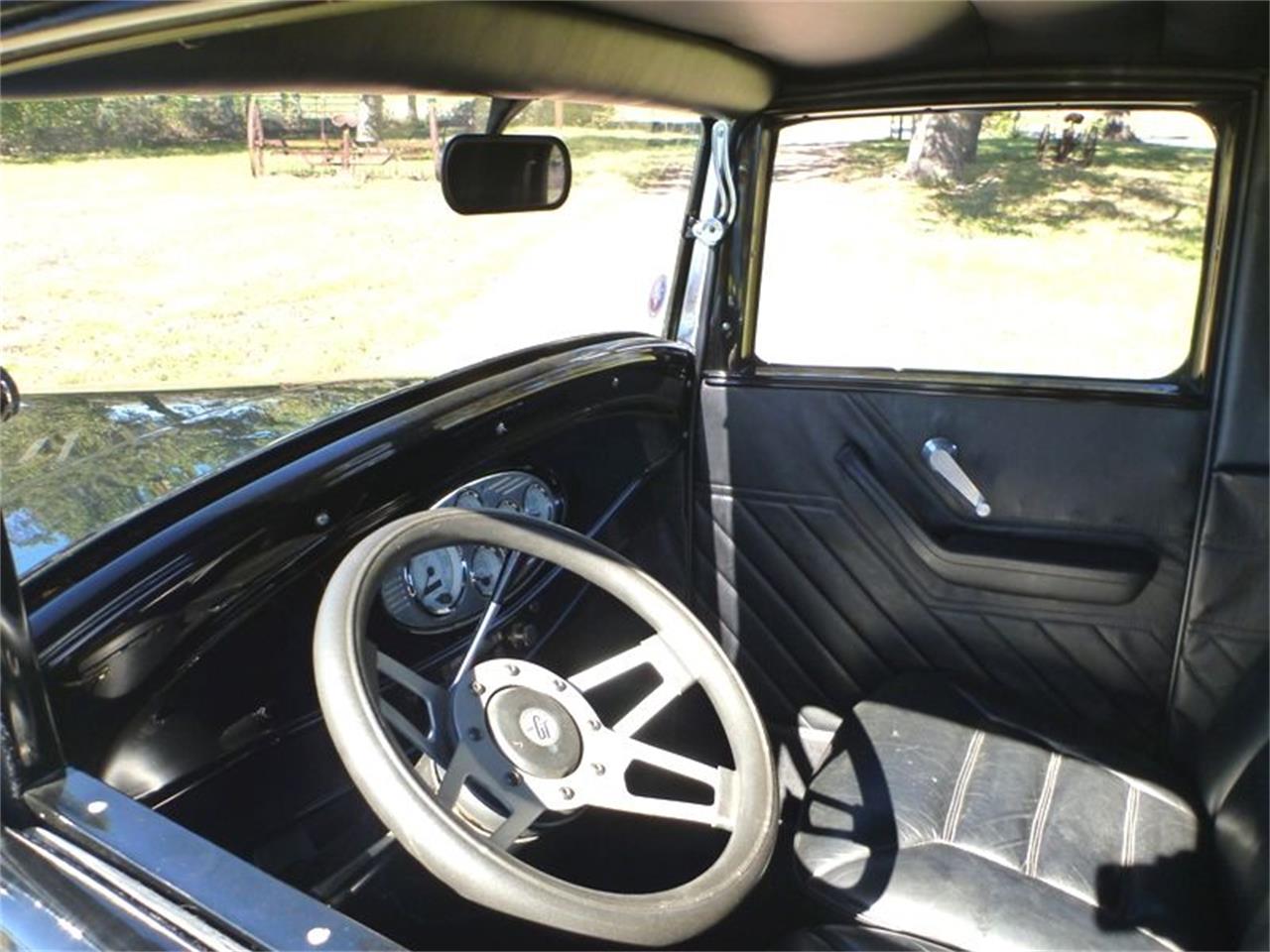 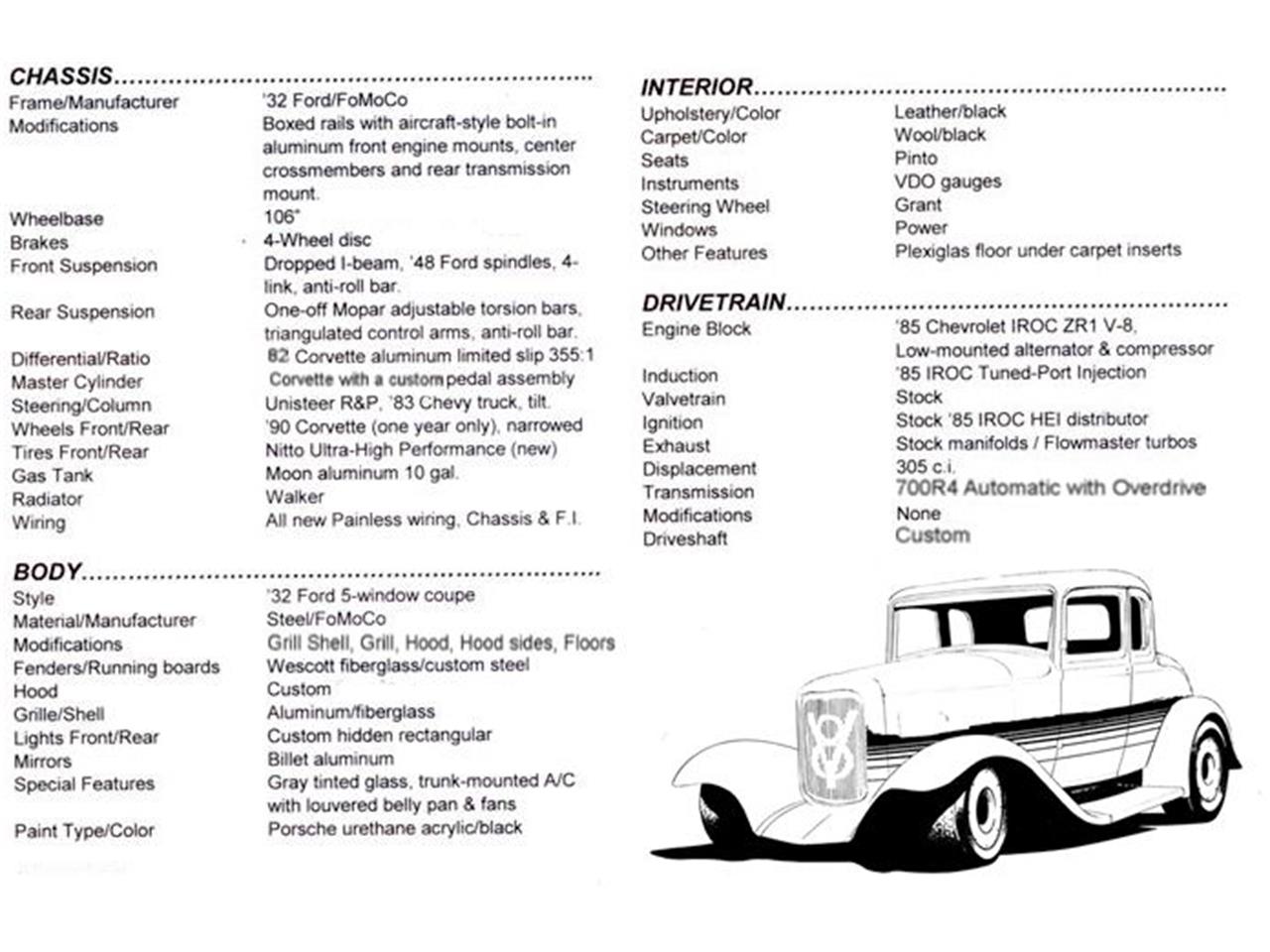 1932 Ford Custom Coupe If you're ready to own a 32 Ford that always stands out then look no further. Not only is this car a cool custom, it is part of street rodding history being an old school build that was completed in 1987. The same year the car was finished it won Best Coupe at the Deuce Reunion and has continued to bring home awards ever since. It has been featured in multiple magazines and draws a crowd wherever it goes. The car is a combination of one of a kind components and is incredibly unique. It has 5,000 miles put on it since being completed and you can tell it has been very well cared for. The Henry Ford steel 5 window body is extremely straight and is fitted with fiberglass fenders. The paint is done in Black which has a beautiful shine and very smooth finish. One of the first things people notice about the car is the custom V8 grill and headlights which pop out of the side panels creating a very cool look. The grill shell is fiberglass and has been shortened 6 inches. All of the glass is in great shape and is tinted throughout. The front windshield does pop out as it did originally. The car has a great stance and sitting low with that unchopped top creates a very cool look. Corvette wheels that were only available on 1990 ZR1's were modified and narrowed for the car which add even more to its 1 of a kind appearance. Under the custom steel hood is the 305 TPI 1985 Iroc Z motor that has less than 13,000 miles on it. It came out of a car that was totaled almost immediately after being purchased new from the dealer. The motor runs very strong and the engine alone has made appearances in magazines. Putting a fuel injected motor into a classic is a common practice nowadays but back when this car was built it was groundbreaking. The firewall was modified to fit the motor and the engine compartment has a nice clean look. The engine delivers a great sound through dual exhaust with Flowmasters that dump the exhaust out of each side under the rear of the running board. The motor is mated to a 700R4 automatic transmission that shifts smoothly. All of the electrical has been rewired. When you start looking underneath the car it is obvious that the original builder was a designer and engineer. In fact, he was actually a friend of Carroll Shelby and is responsible for the first ever Super Snake Mustang. He created a lot of the components you see on this car and not just aesthetic features but functional components as well. For instance, in the rear of the car is a custom torsion bar independent rear suspension. The center section is out of a 1982 Corvette but the rest has been modified specifically for the car and the torsion bar set up is extremely unique. The battery for the car resides behind a panel in the trunk as does the AC unit. The AC condenser which is typically mounted in front of the radiator exhibits another example of the builders ingenuity. It is mounted in the rear hidden by a louvered belly pan. The condenser has 2 electric fans mounted next to it which have the sole purpose of cooling it. With all the cool custom made brackets and different features under the car it's a shame you have to use mirrors or crawl on the ground to show it off. Well...guess again! This builder included a plexiglass floor so you can pull back the carpet and give everyone a direct look at the undercarriage. The interior of the car is done in all Black and is in good condition. The bucket seats are comfortable and utilize short headrests to provide comfort without blocking the rear window. A Grant GT steering wheel sits in front of the driver and is wrapped in Black as well. The dash is nicely painted Black to match the body and houses the gauges and a Clarion AM/FM/Cassette player. White faced VDO gauges are mounted in a custom billet bezel on the dash but the car also comes with the original gauges which are pretty cool to show off. The original builder had a central gauge system that incorporated 2 screens. 1 screen faced the driver and provided all of the standard gauge information. The second screen faced the passenger and was used to play video games while driving down the road! Things like that are what make the nostalgic hot rods like this so special. It also comes with volumes of other memorabilia associated with it. The builder did things so far ahead of the time that even though this custom built car was completed in the mid 80s, there is nothing that dates the car to that period. Actually, you could enter this car into any large show and people would think that it was completed within the last couple of years! You will never find another car like this because it is really 1 of a kind. These types of vintage customs are typically hidden away in collections never to be seen by the public and it is very rare that they come up for sale so act fast! This very special car is being made available for purchase due to the current owner downsizing his collection. It is a piece of automotive customizing history and many old school hotrodders will recognize it instantly. This car is being offered up at the very reasonable price of $46,000.00! Check out the video at https://youtu.be/zt-tu4OIWbc 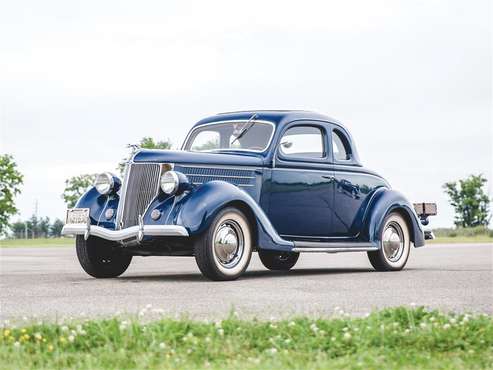 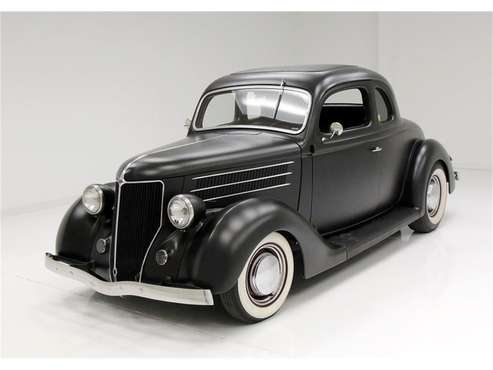 1936 Ford 5 Window There's something special about the 1936 Ford 5-Window coupe. The styling combines the traditional upright grille with a stream... 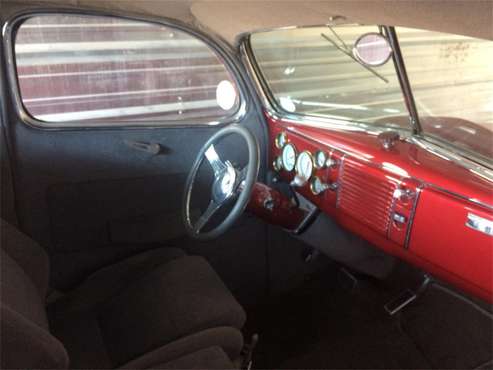 This car has been consigned to the 4th Annual Salt Lake City Classic Car Auction, Saturday, March 30 at the Mountain America Expo Center in Sandy. ... 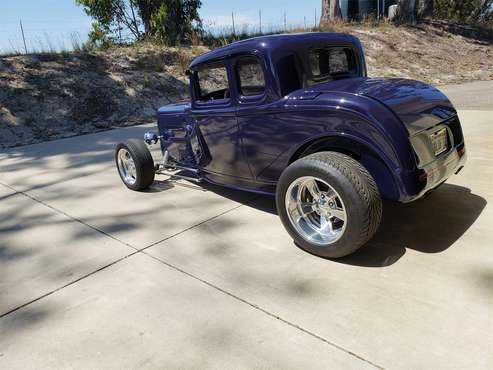 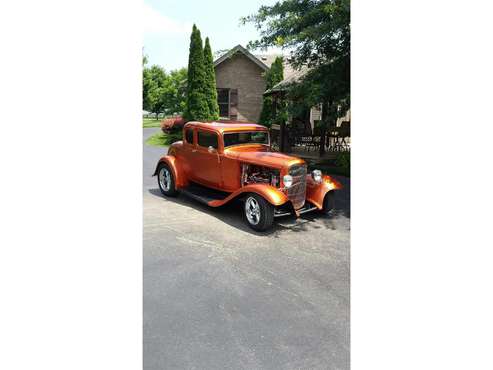