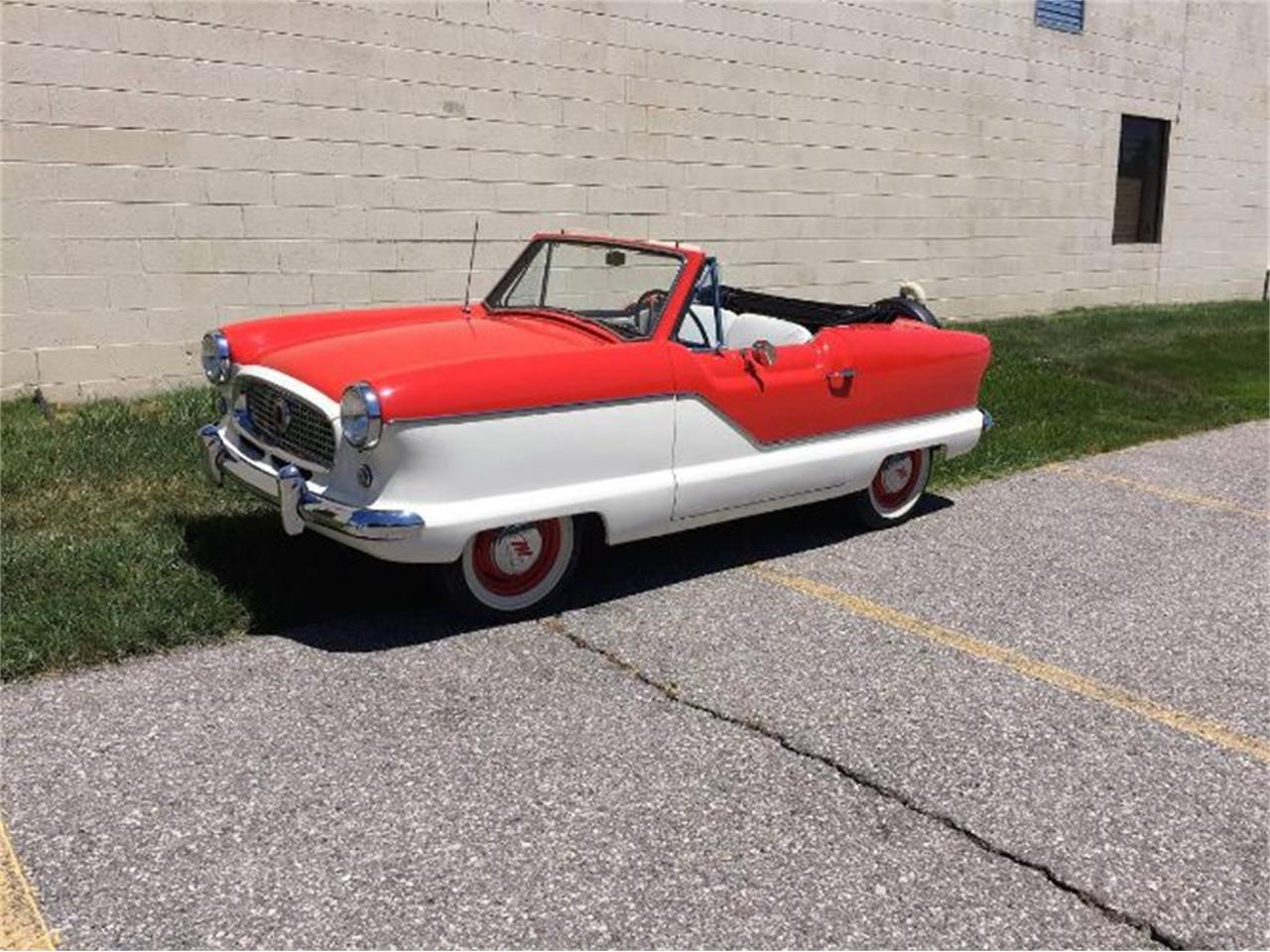 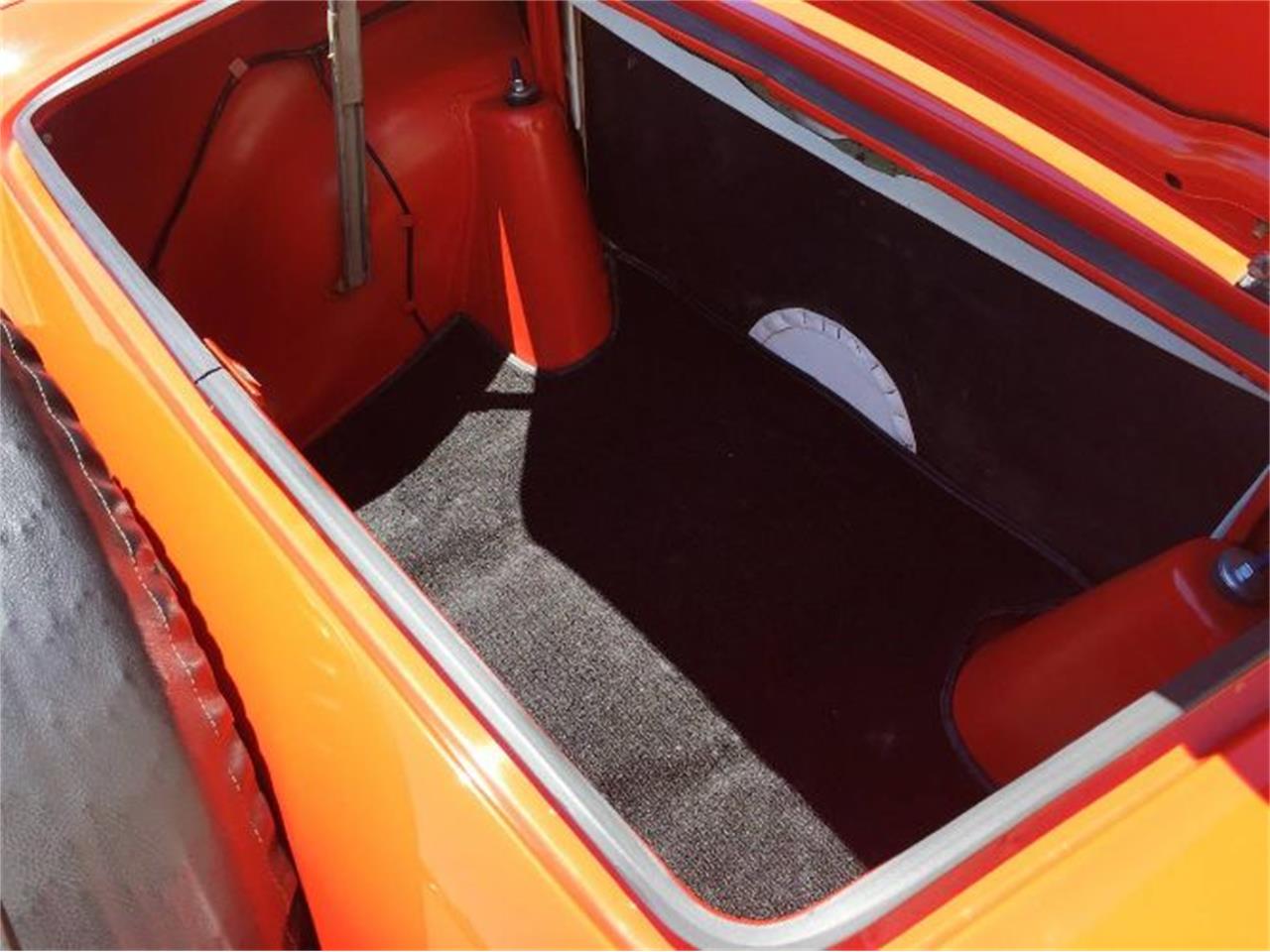 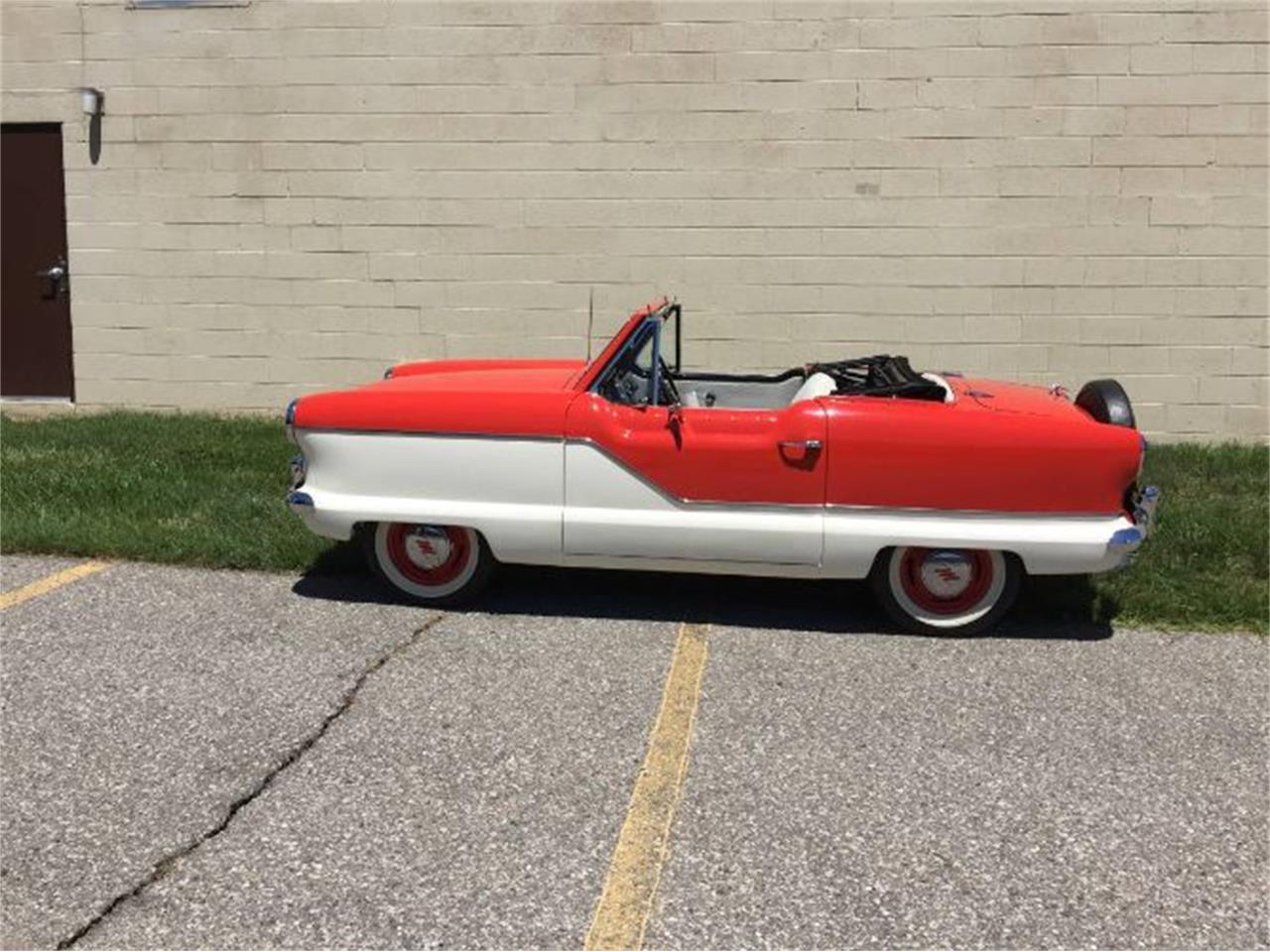 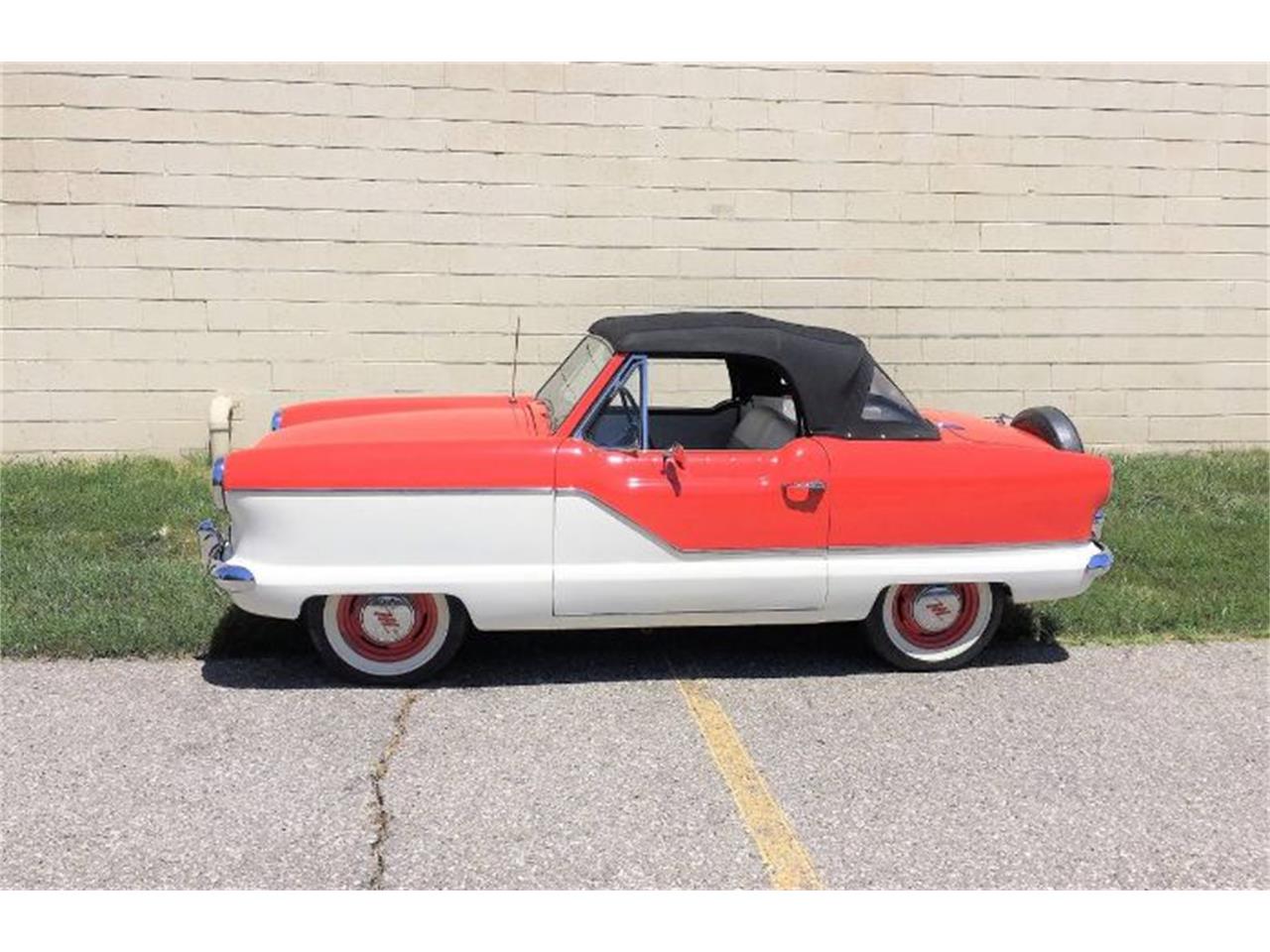 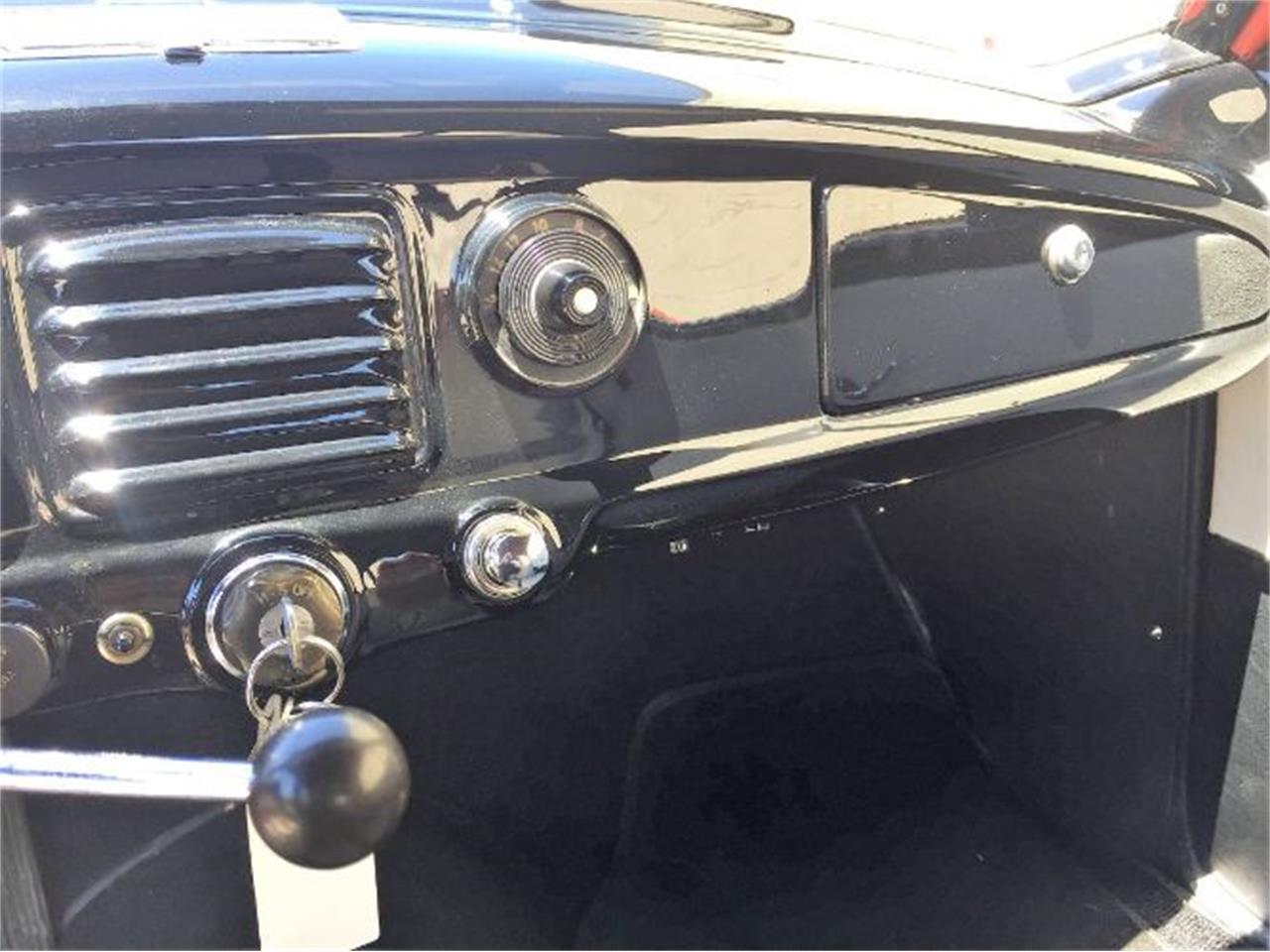 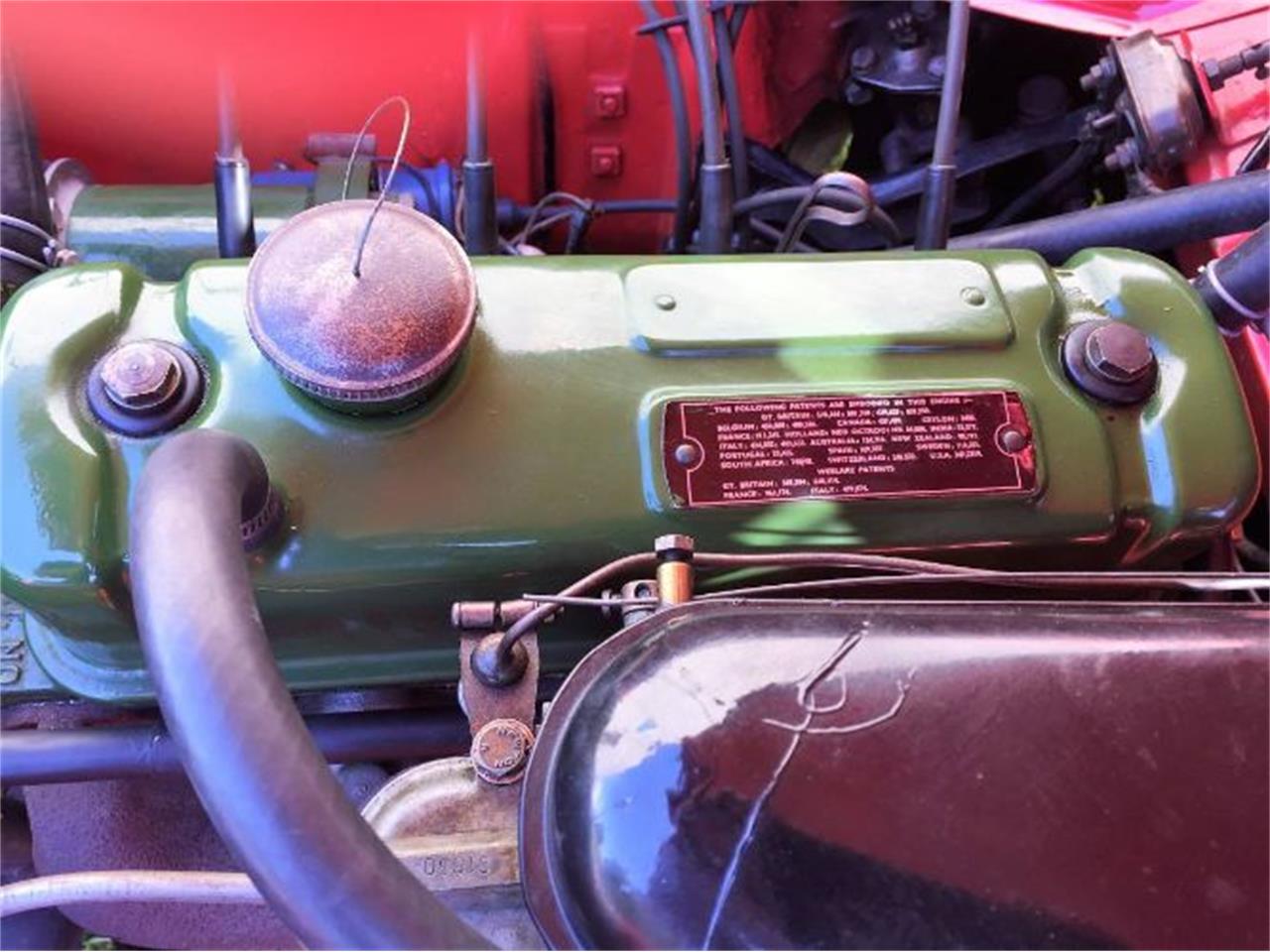 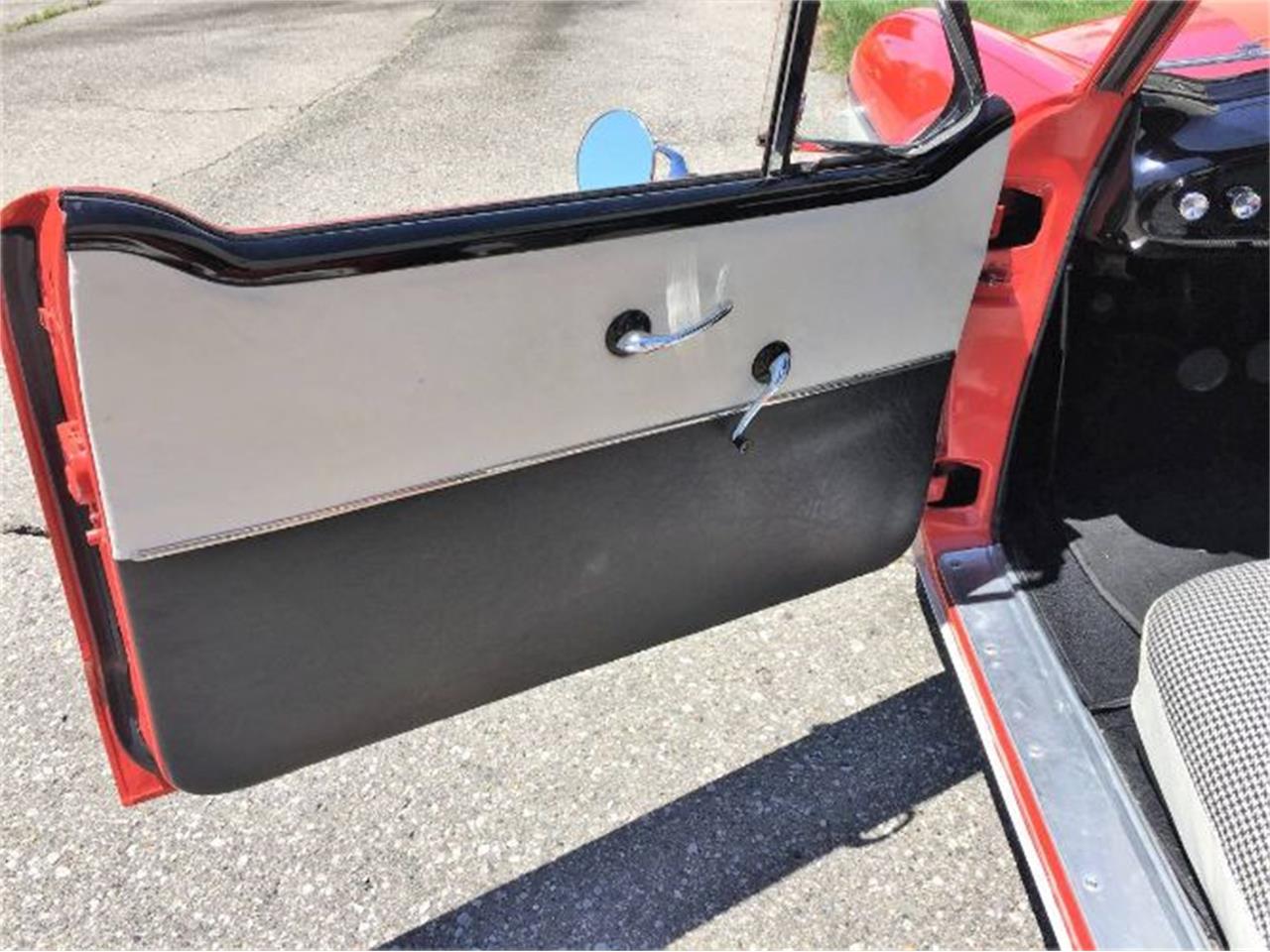 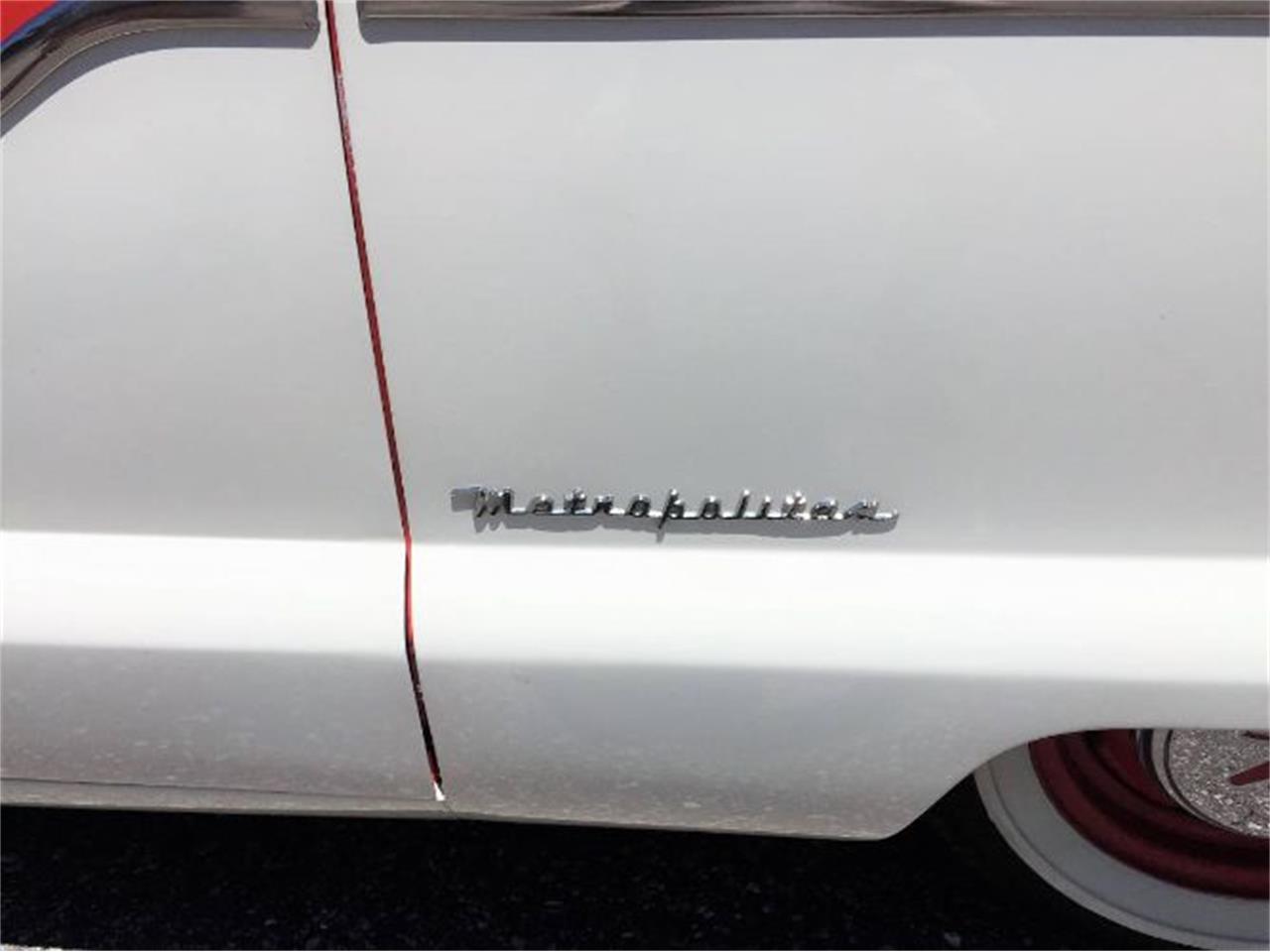 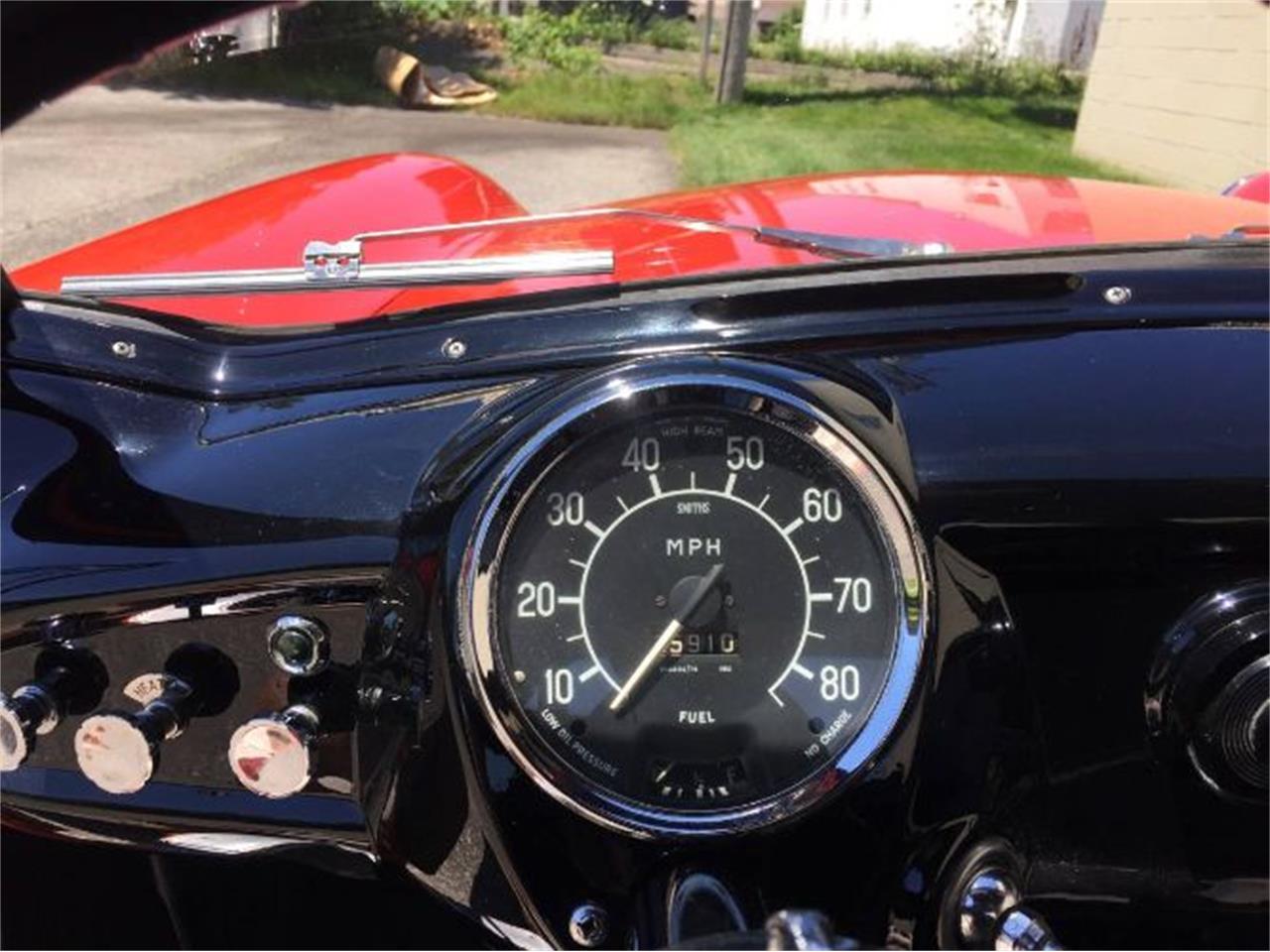 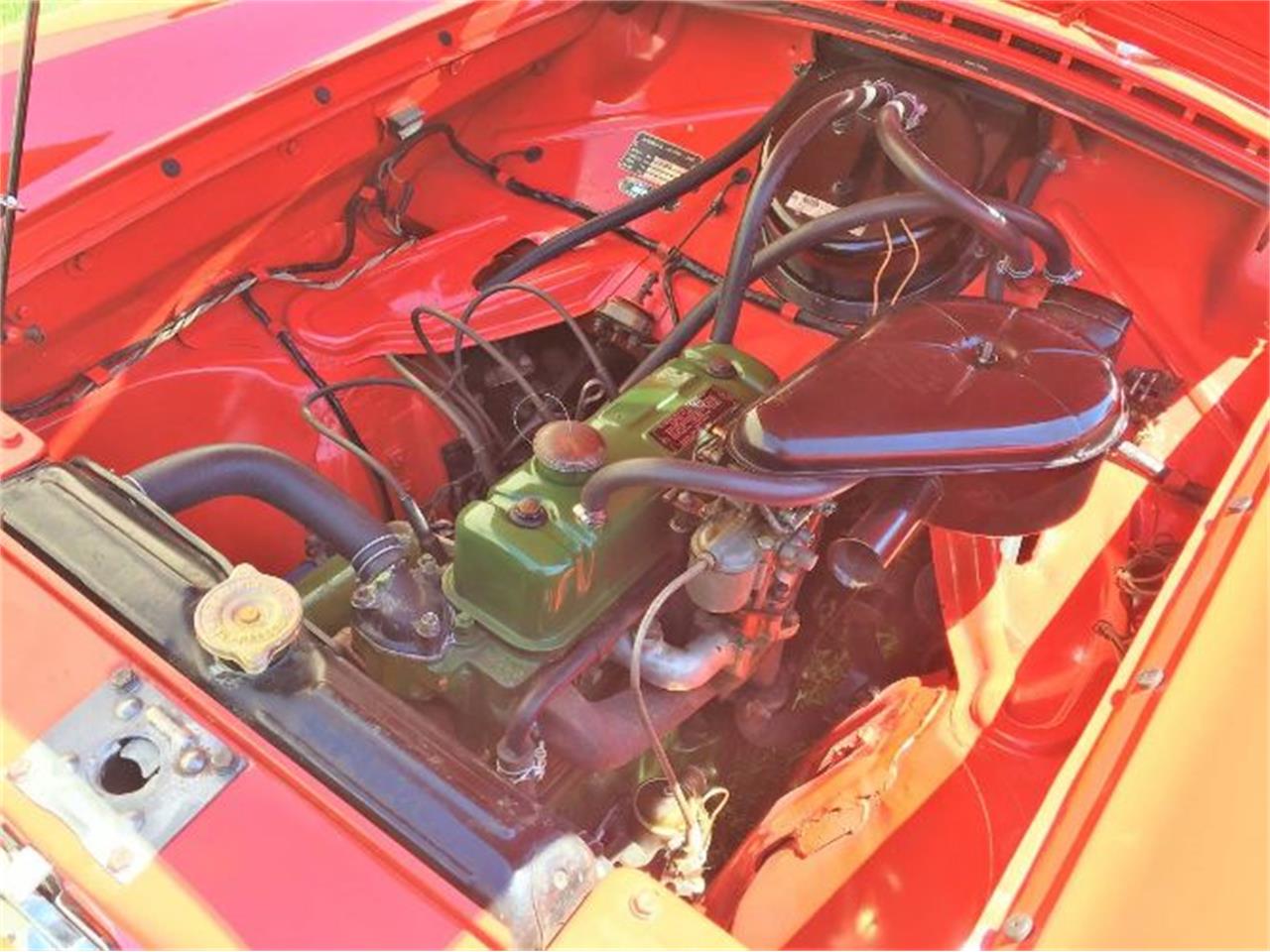 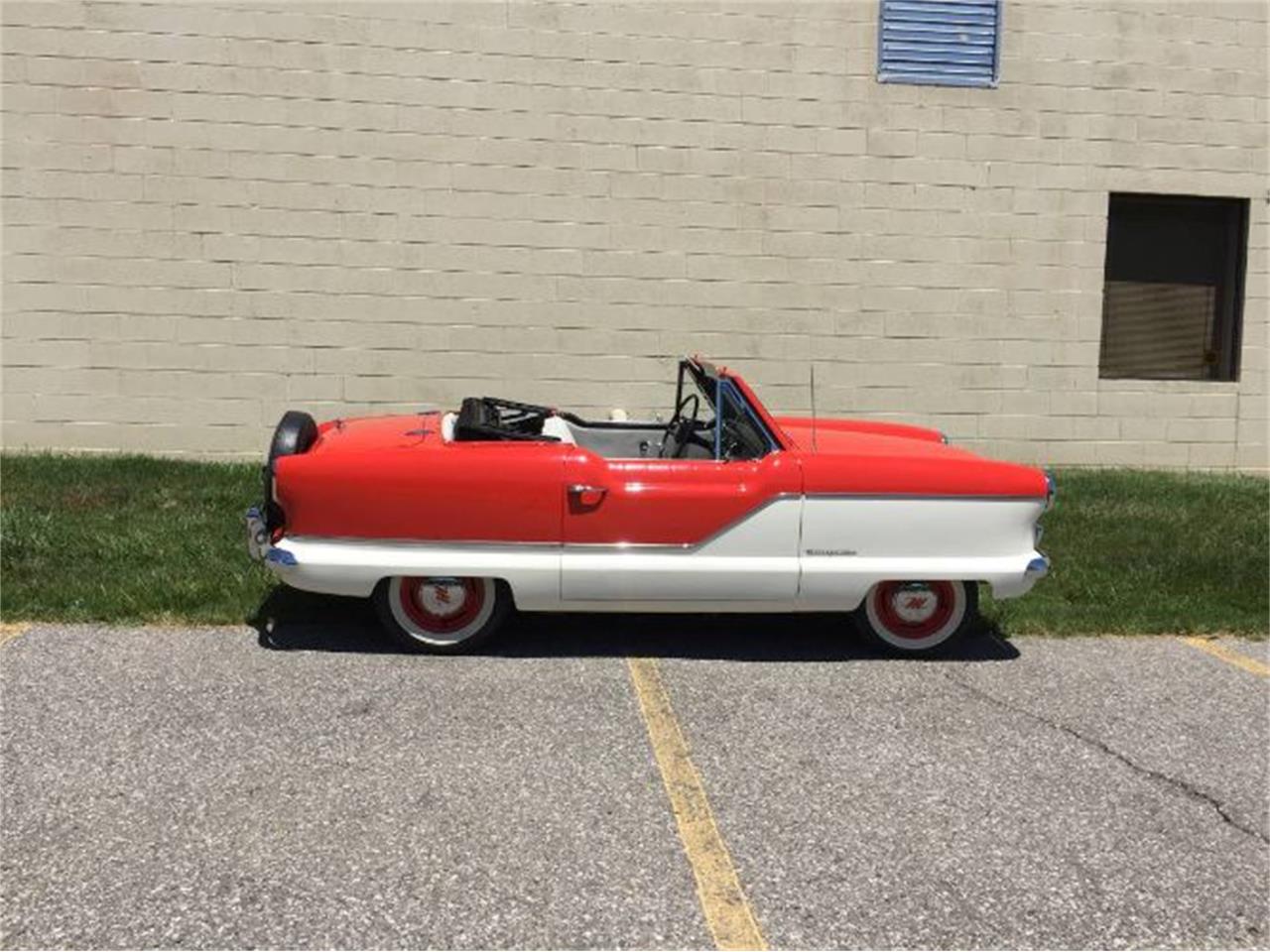 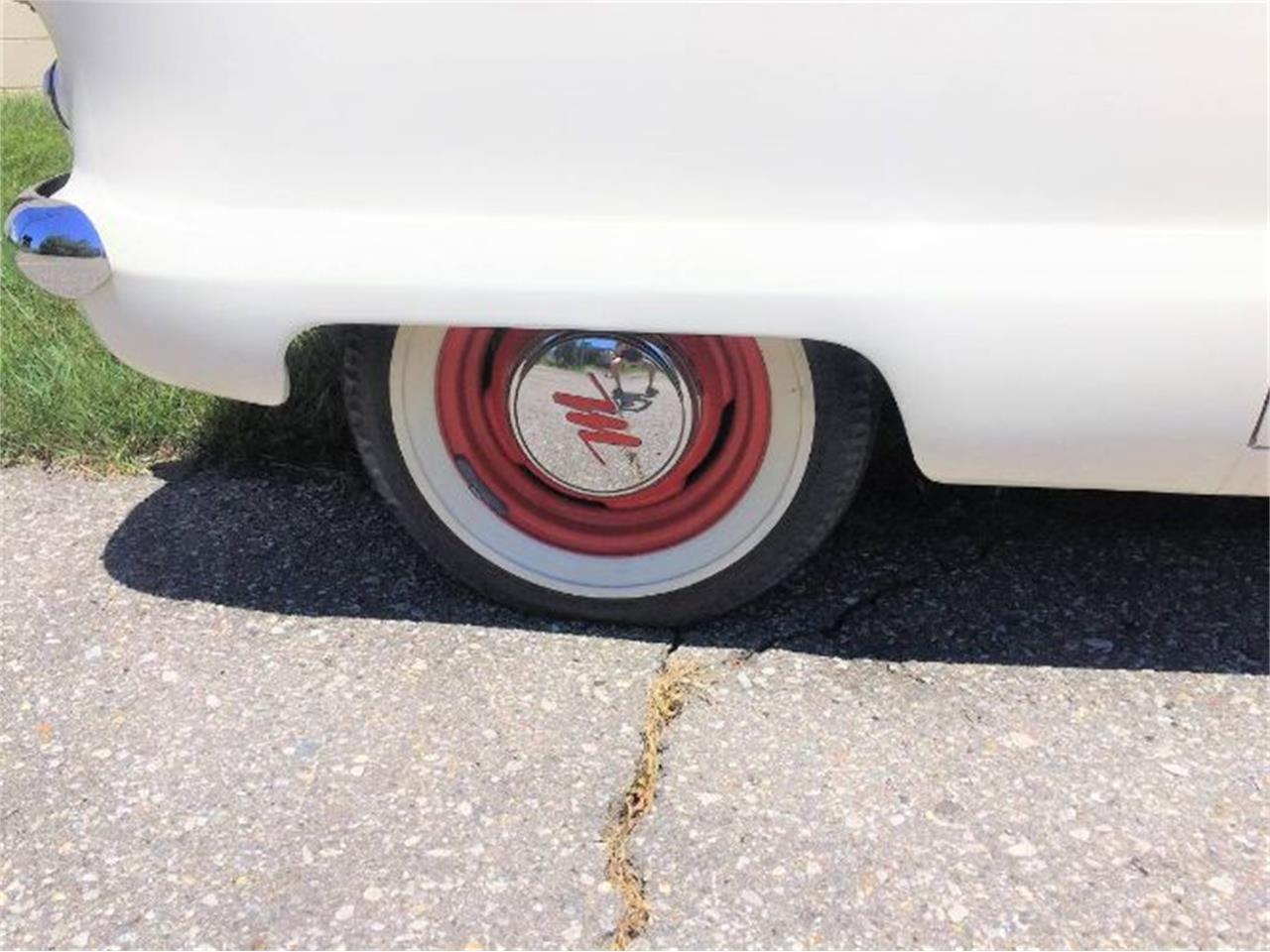 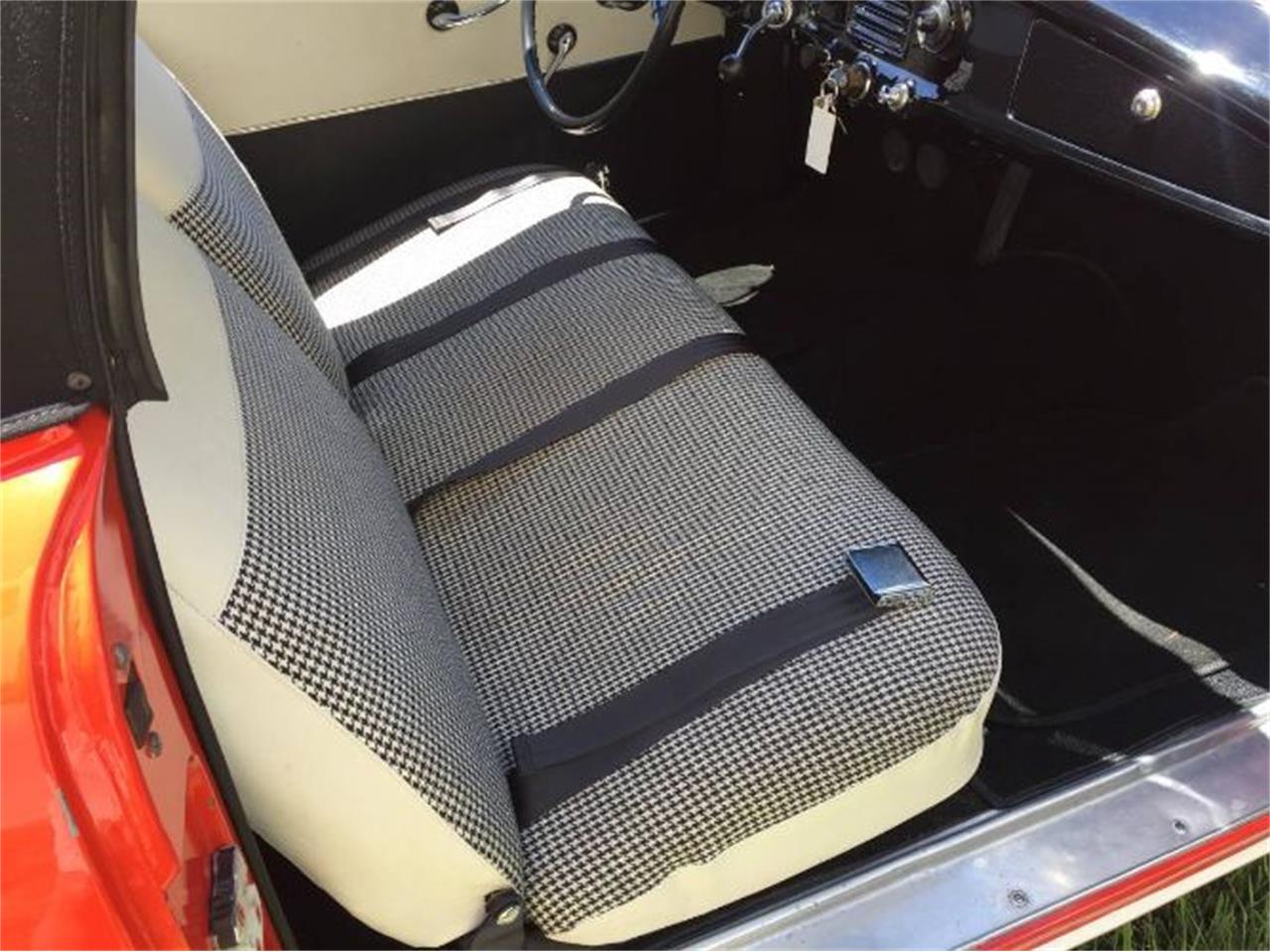 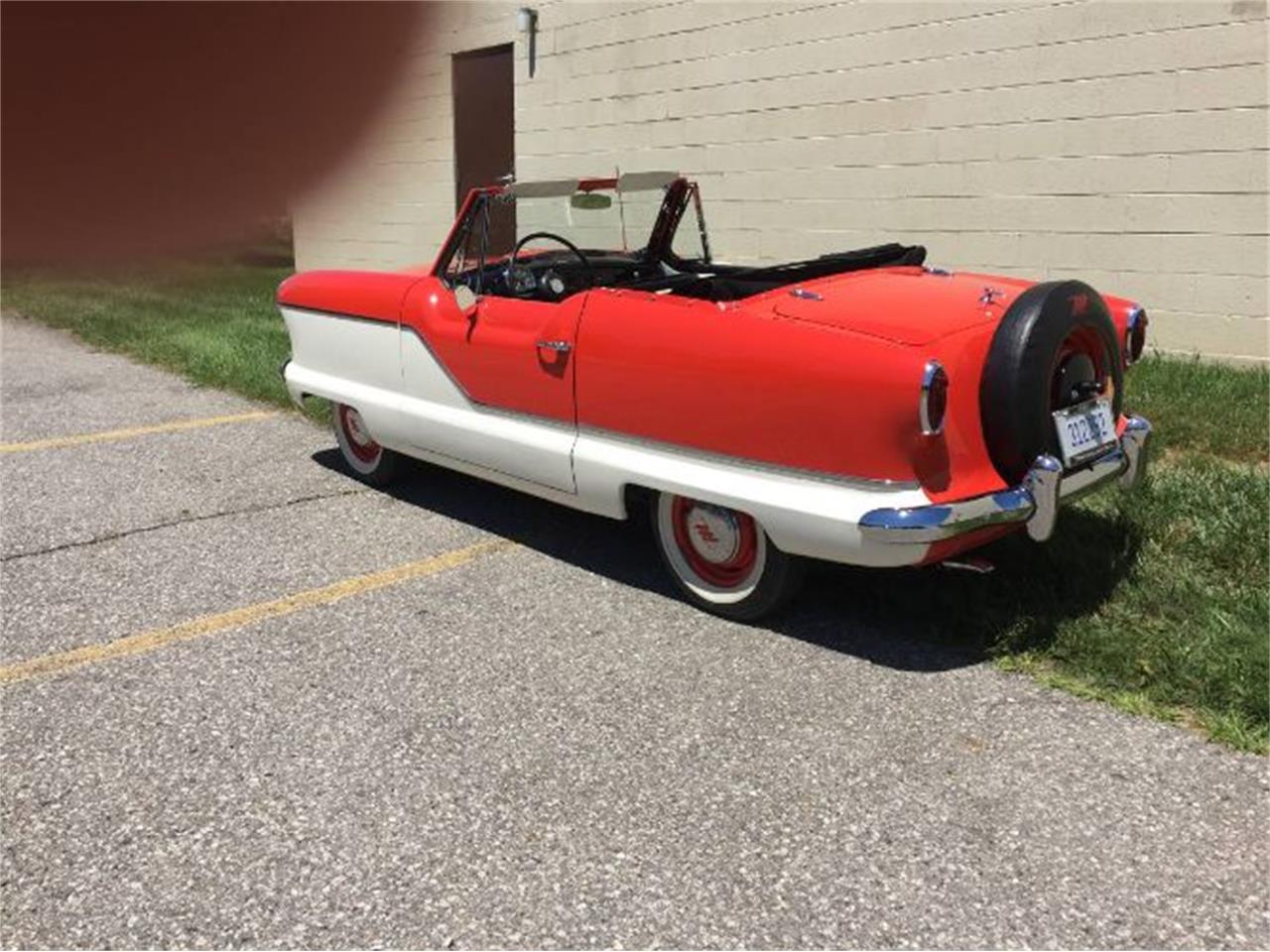 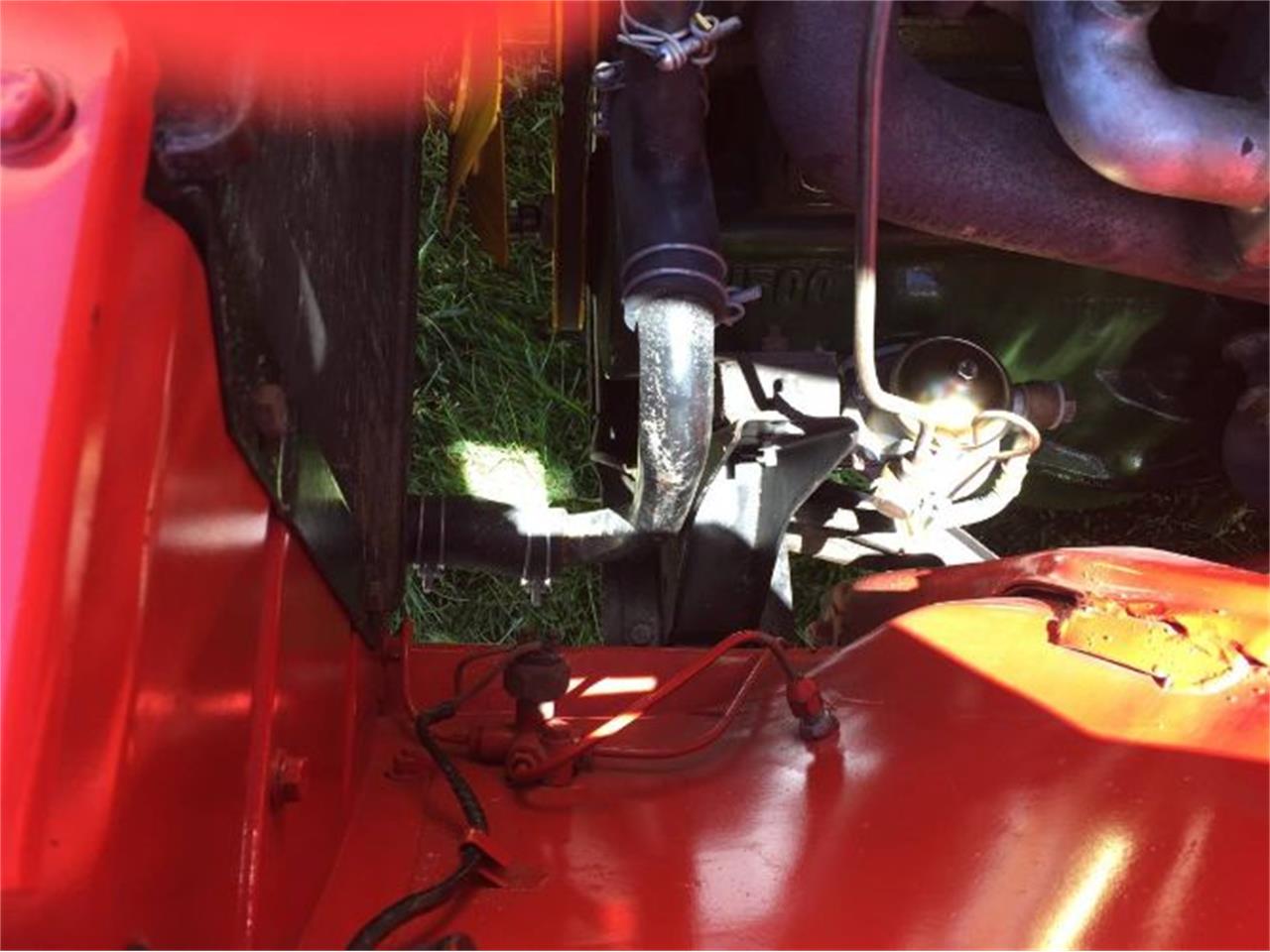 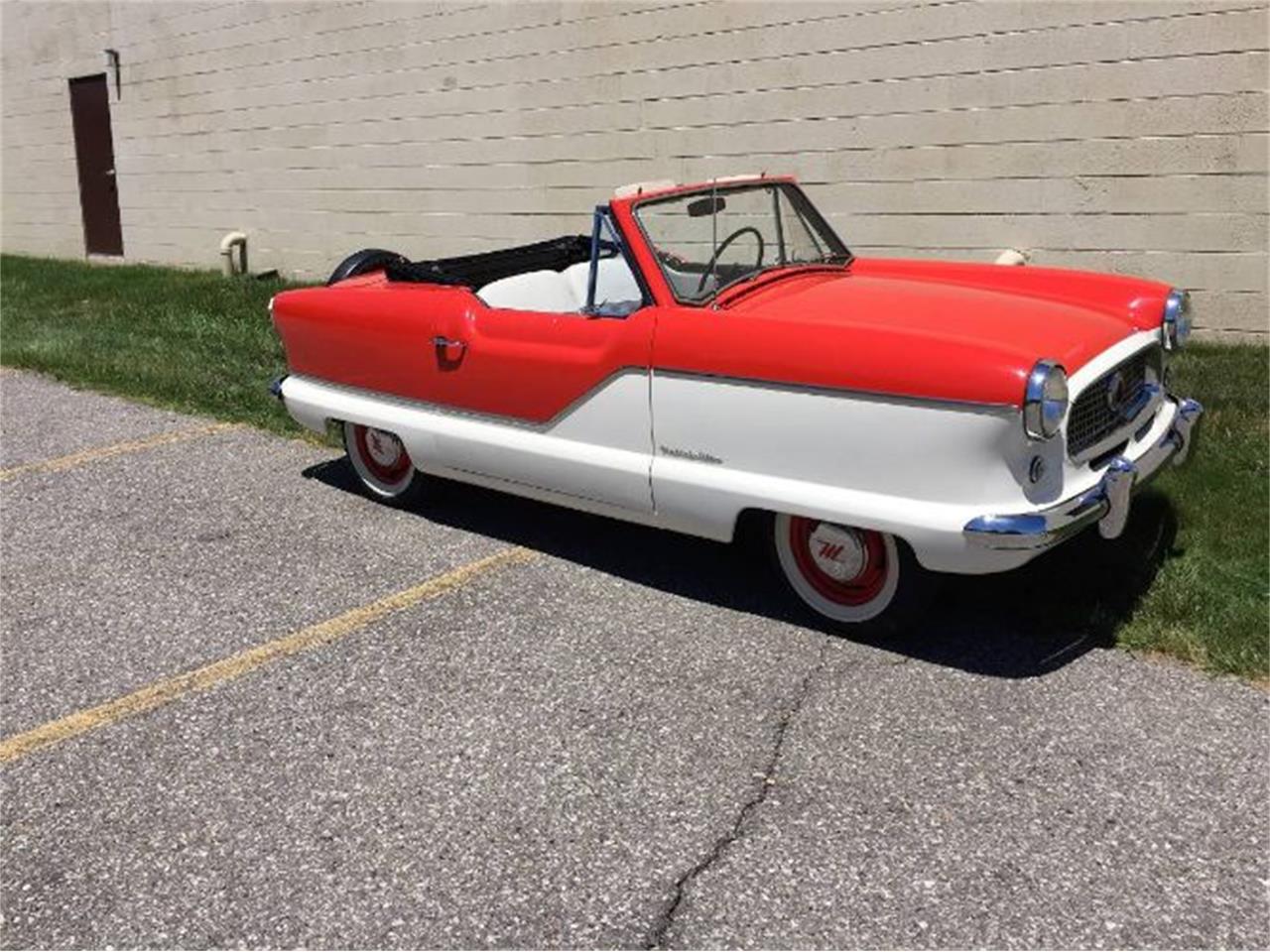 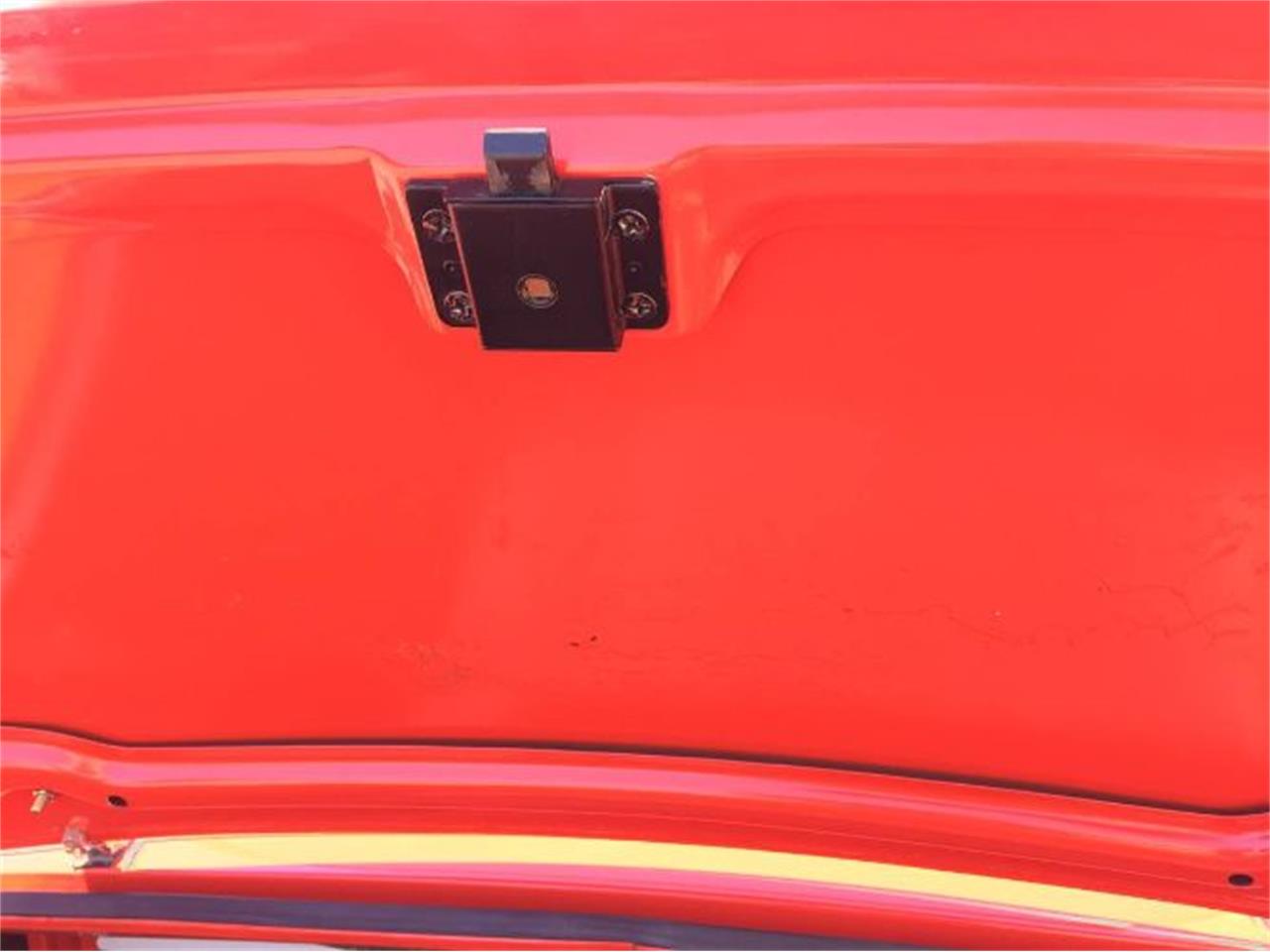 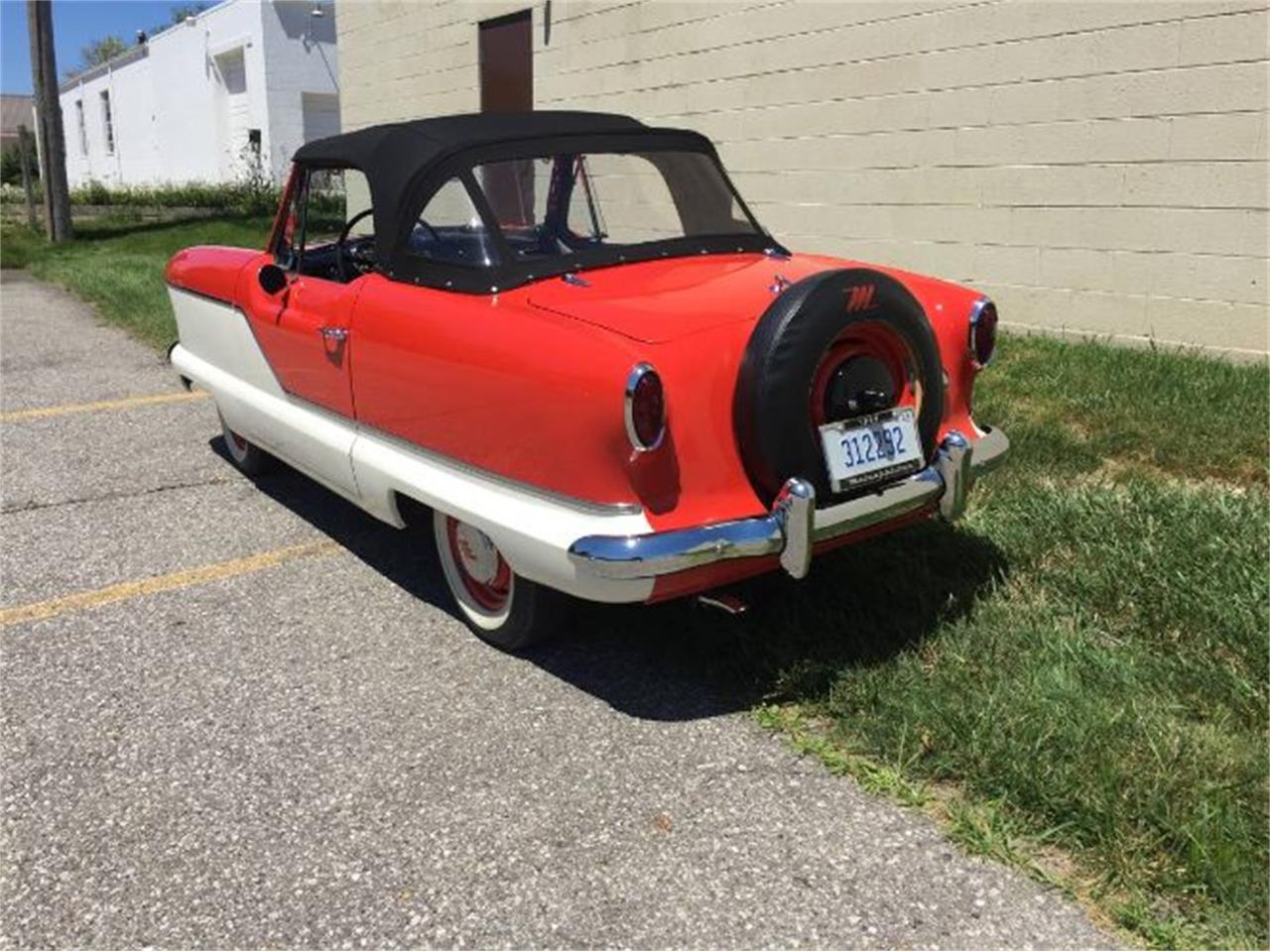 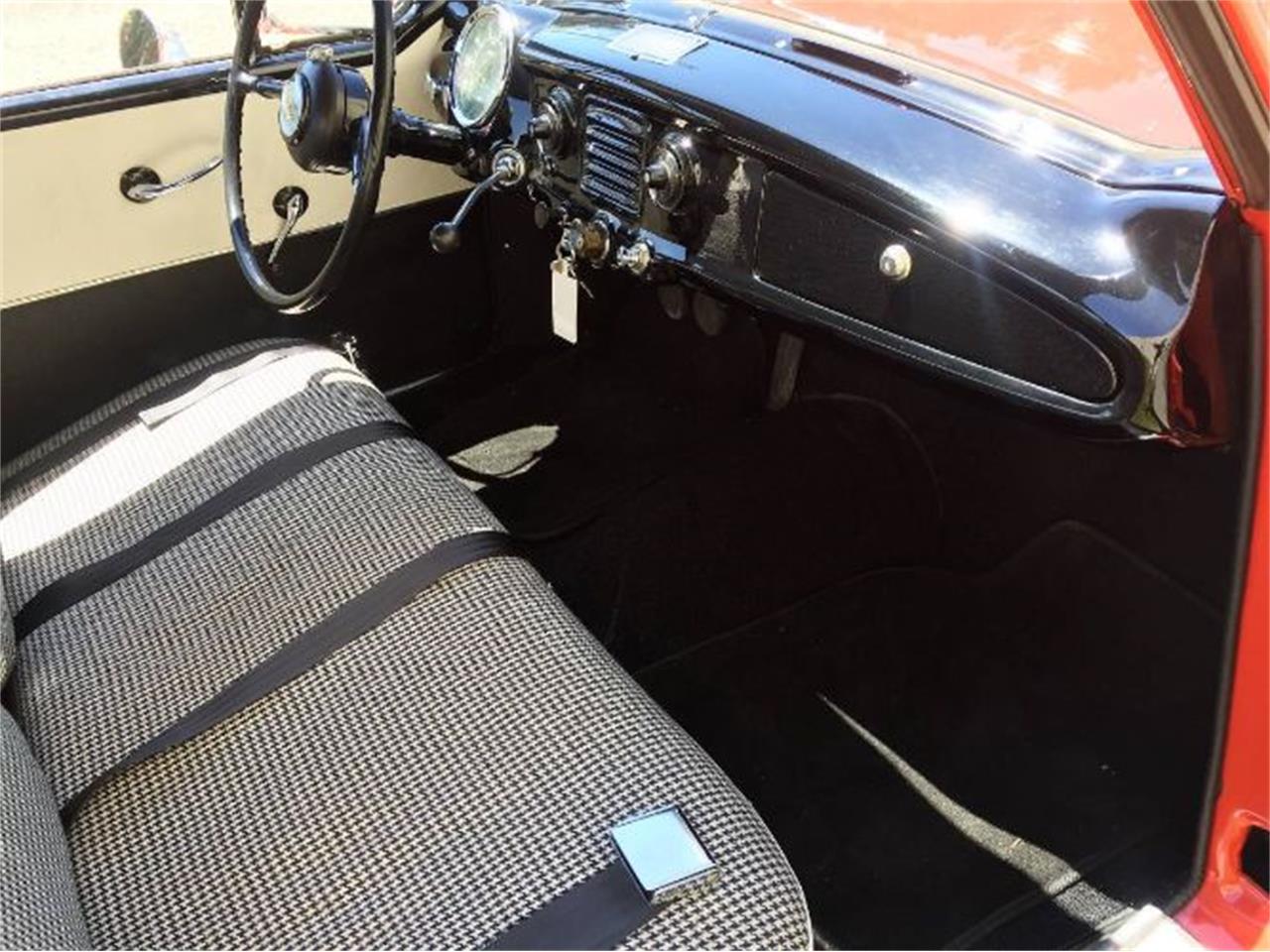 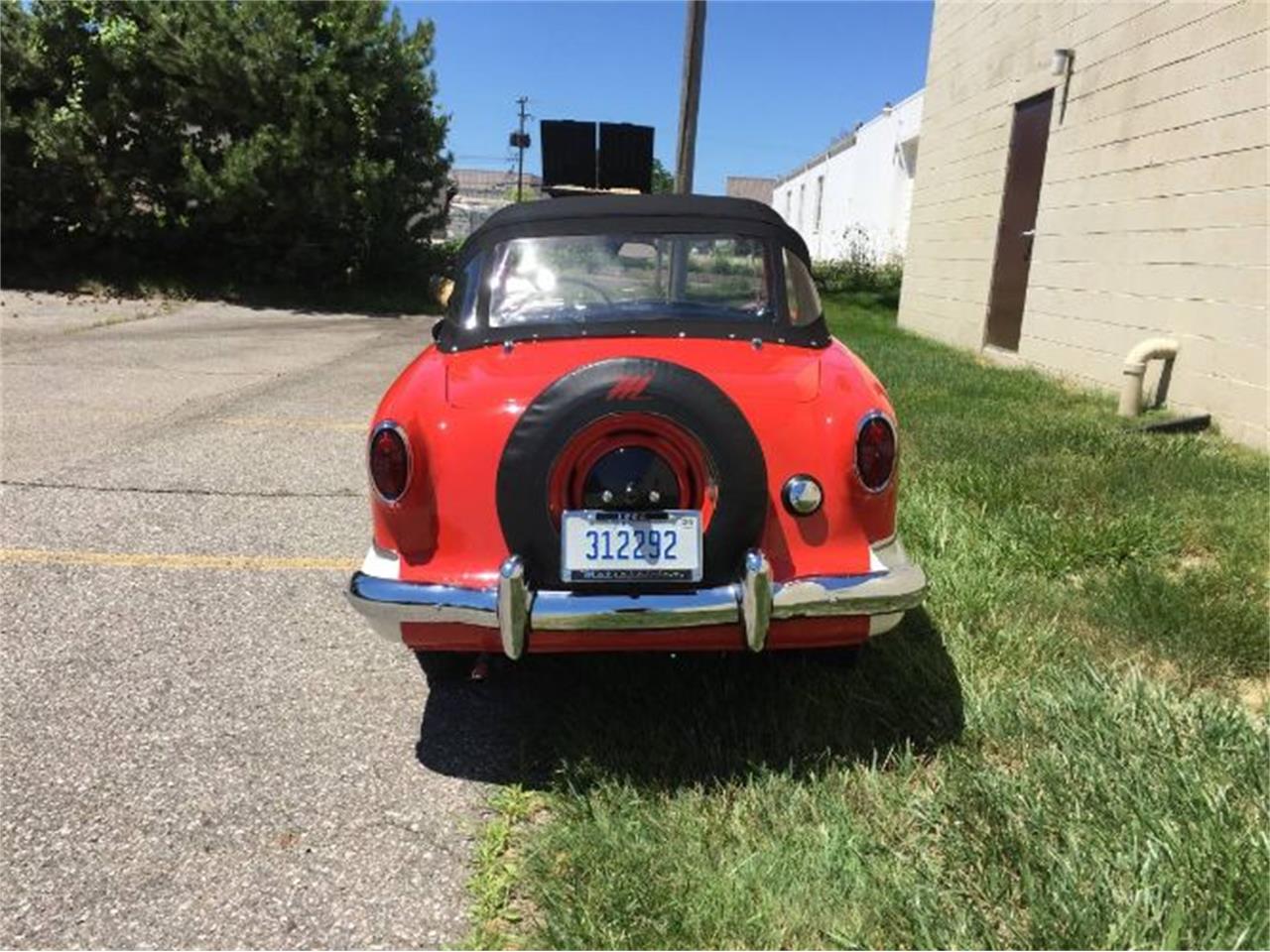 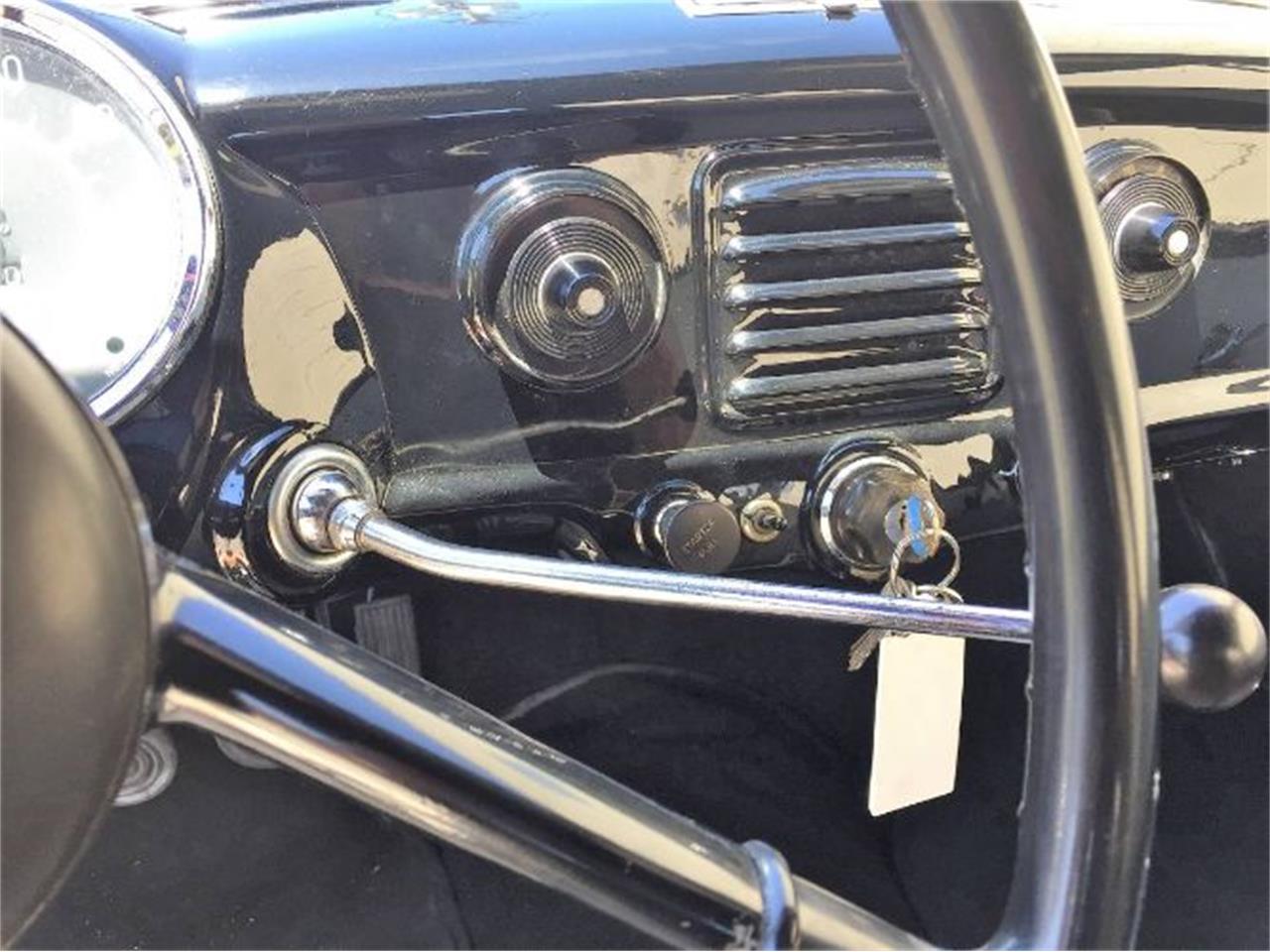 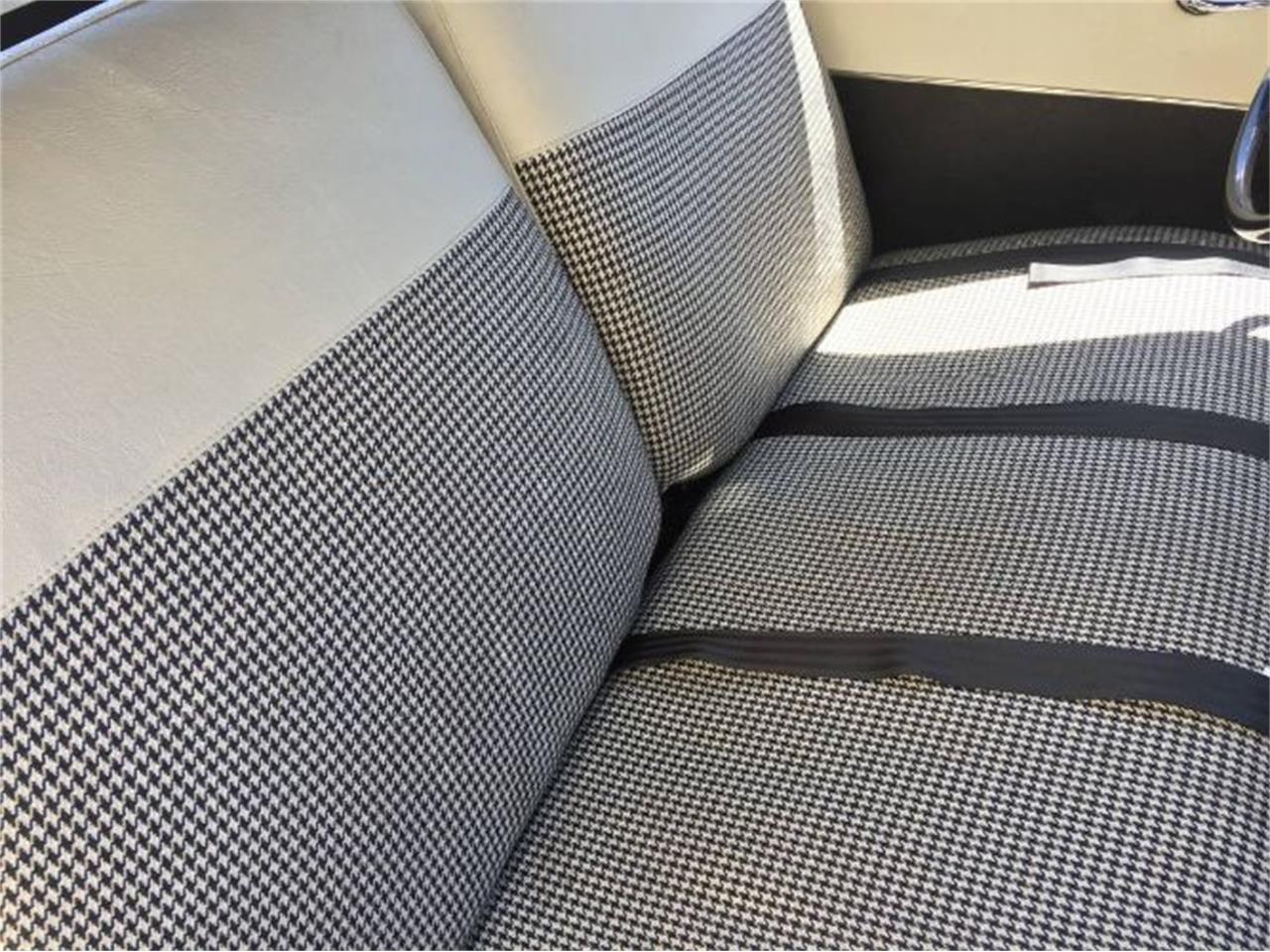 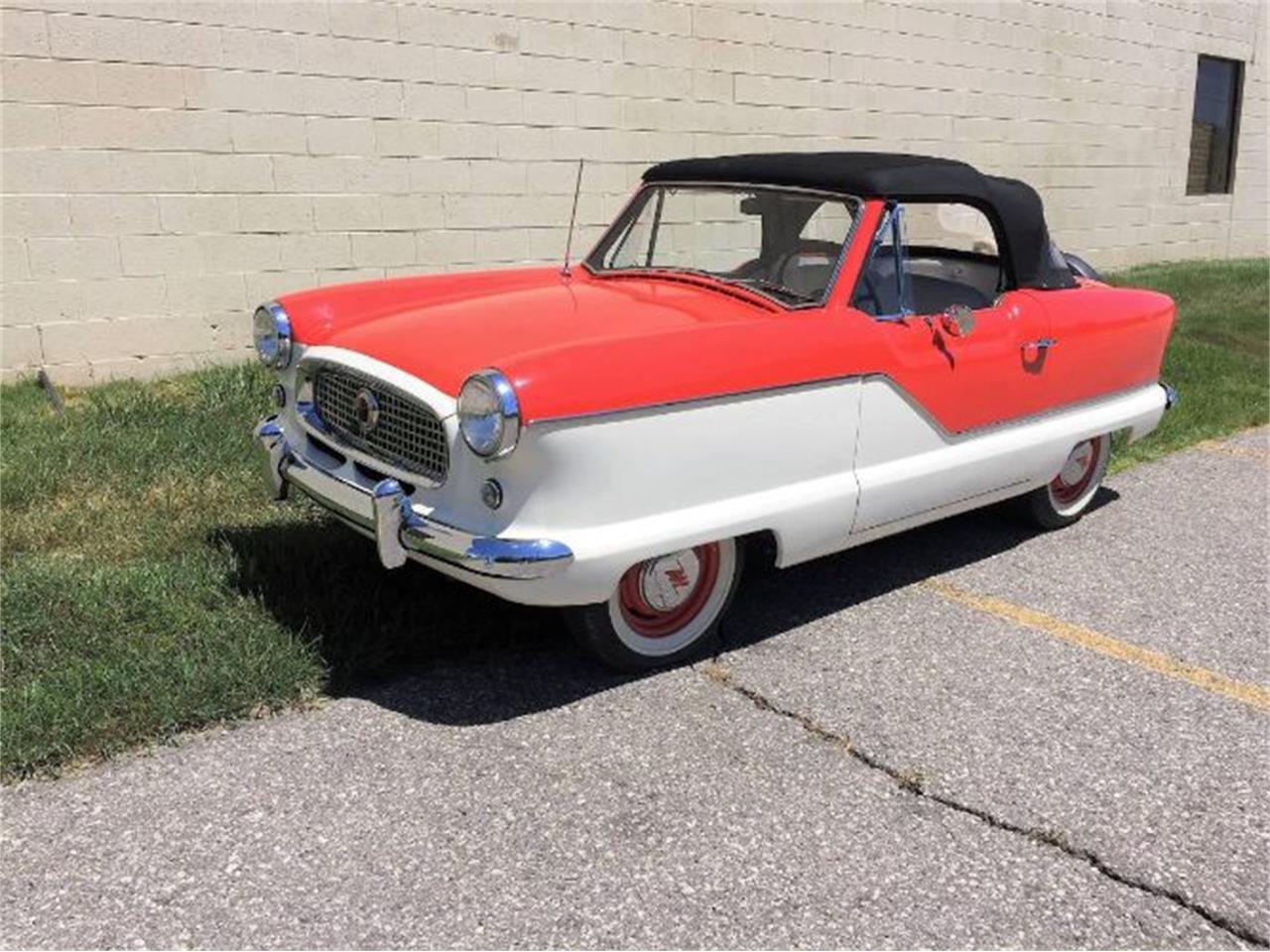 1960 Nash Metropolitan Convertible Listing:This adorable little 1960 Metropolitan Nash convertible draws attention and smiles wherever it goes. In the opinion of automotive writer Jack Nerad, a former editor of Motor Trend magazine "The Metropolitan's staying power and its never-ending cuteness' have earned it 'a place among the Greatest Cars of All Time. No, the Metropolitan didn't come from a top-of-the-line manufacturer. No, it doesn't have a proud racing history. And, no, it wasn't built in huge numbers. But it possesses an ageless, cuddly quality that has made it a perennial favorite of car lovers and car agnostics alike." The Metropolitan was designed by Nash in the U.S. for the U.S. market but was produced in England by the Austin Motor company and imported to the United States and Canada. Metropolitan's were produced from 1953 through 1961.This 1960 model is powered by a 1489 cc four cylinder 52 horsepower Austin A50 engine from an Austin Cambridge connected to a three speed on the column manual transmission and runs/drives excellent. The earlier models did not have an exterior trunk lid which was a major complaint; however starting in 1959, a top loading deck lid became standard. This Metropolitan was restored several years ago and is in excellent condition. The body is straight with no evidence of rust; the black and white hounds tooth pattern bench seat is believed to be original and is in excellent condition; the convertible top has been replaced with a new Hartz canvass unit. Seat belts have been added. The current owner bought the vehicle five years ago at Auctions America in Ft. Lauderdale, FL. and has driven it sparingly since. The odometer shows 28,000 miles but is inoperative. Everything else works except the AM radio. Parts are readily available for Metropolitan's. A recent service was performed. 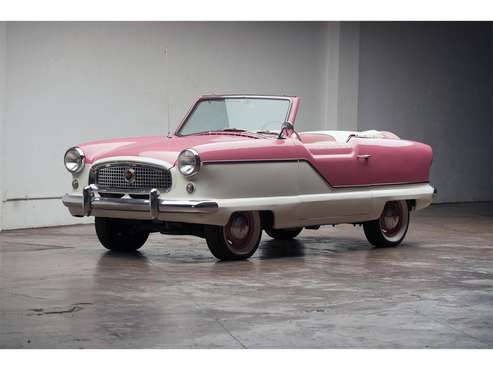 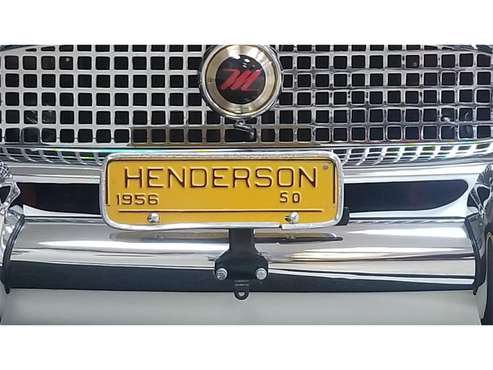 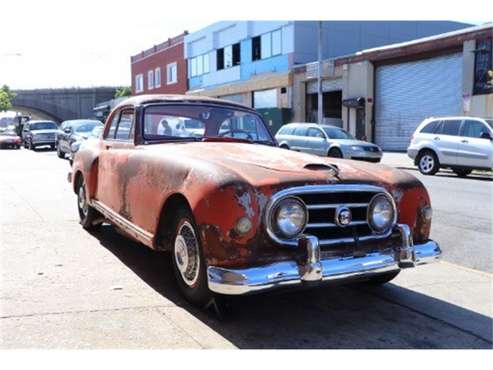 This 1953 Nash Healey Coupe is an excellent original car to restore. Orange with red interior. It has been under the same ownership for the last 40... 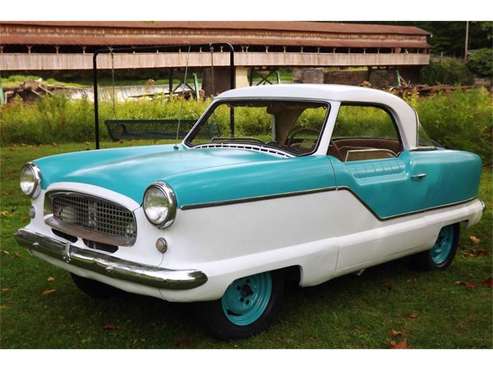 MICROCAR 1961 Metro just out OF LONG TIME STORAGE. Lovingly stored for over 20 years and from New Mexico texas border. Now in Ohio with a nice dry ... 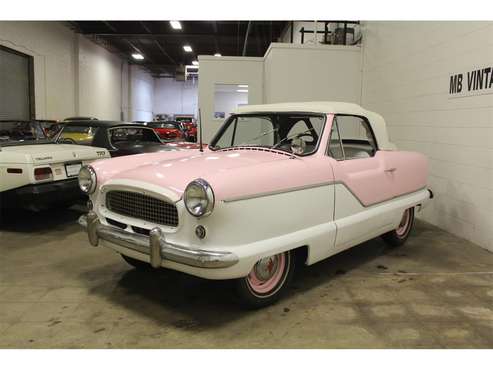 A 1960 Nash Metropolitan Convertible. A delightful pink and white exterior with a black interior. There is lot of body filler with a lot of rust o... 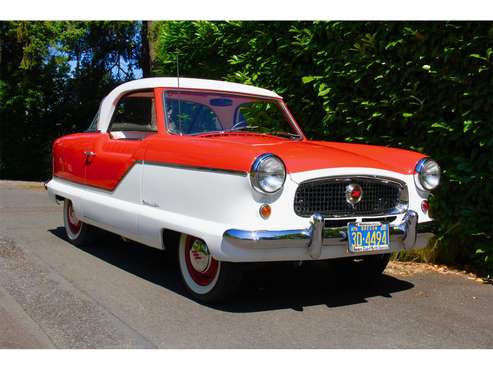 1958 Nash Metropolitan in Lake Oswego, OR

Located near PORTLAND, OREGON. The Nash Metropolitan was the first widely-marketed American compact car during the 1950's. In an era of "big", the...