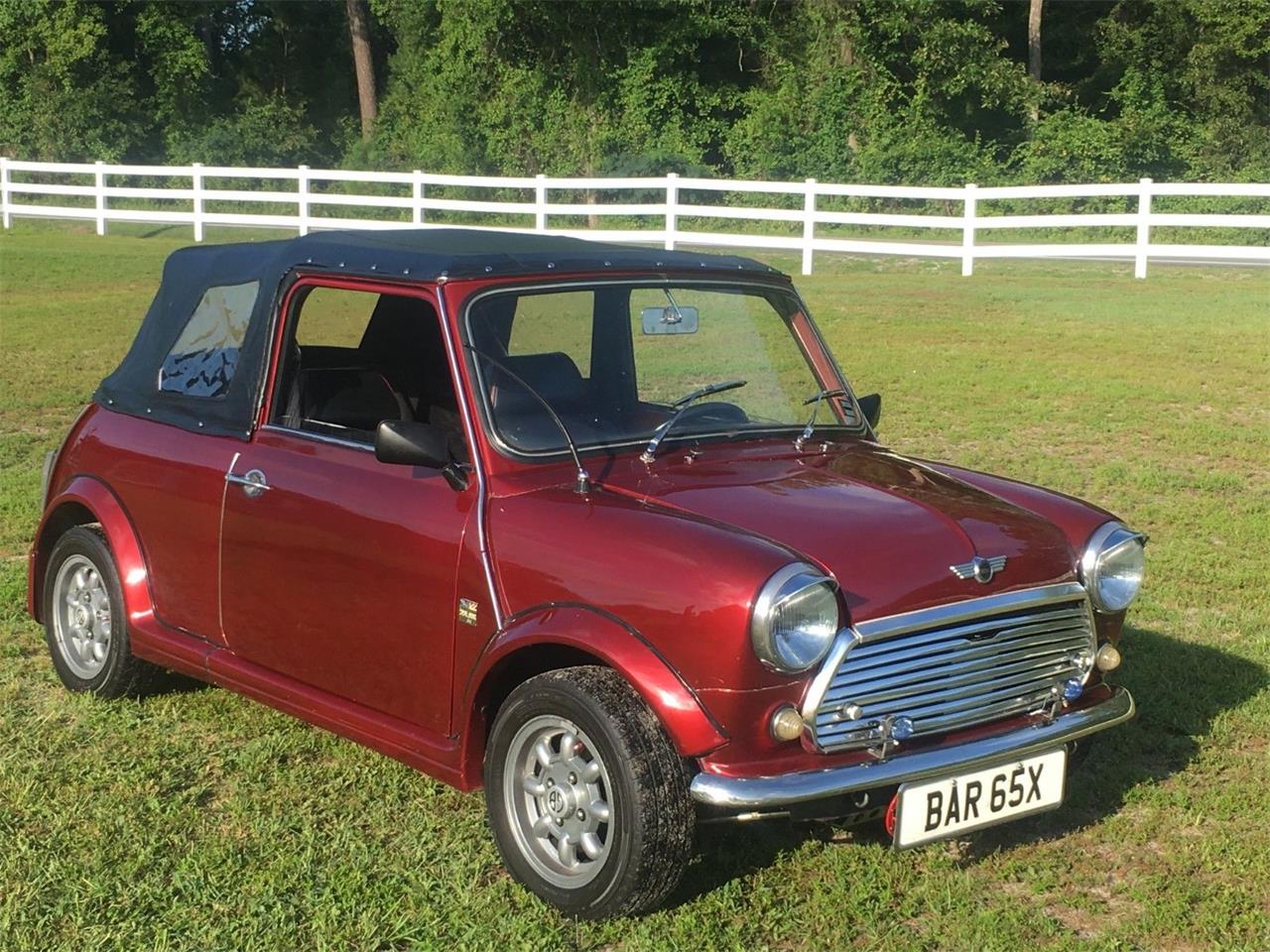 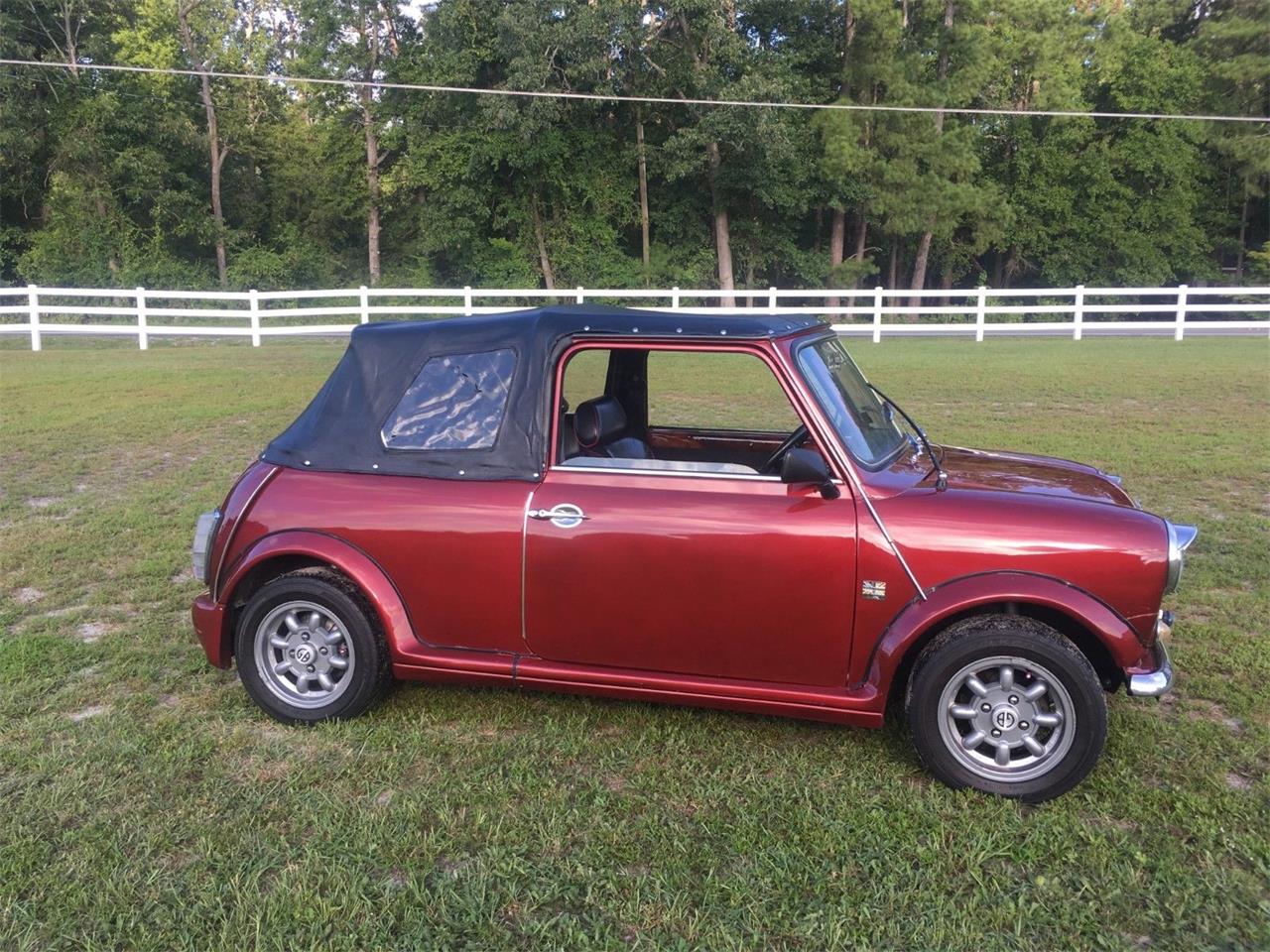 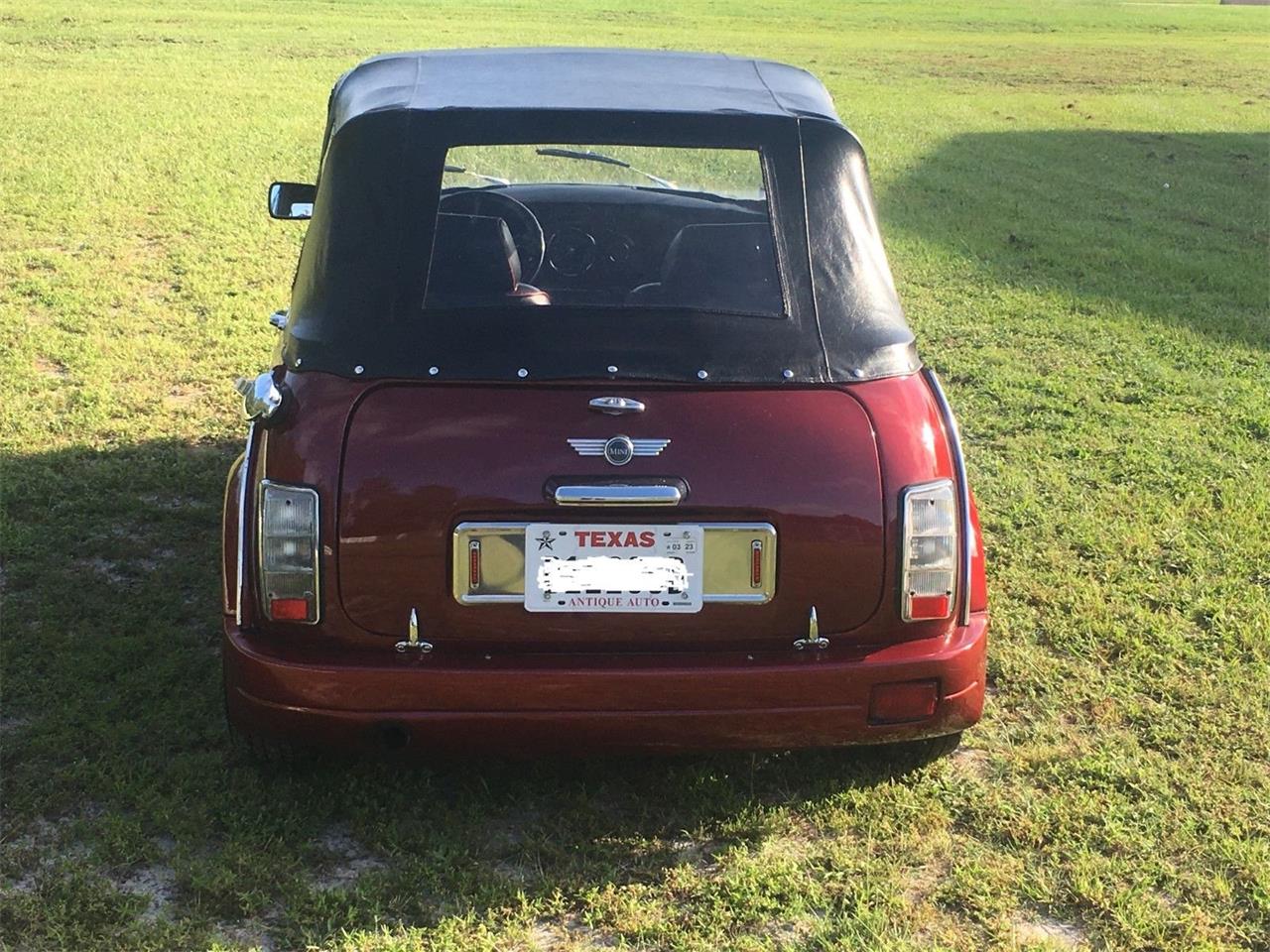 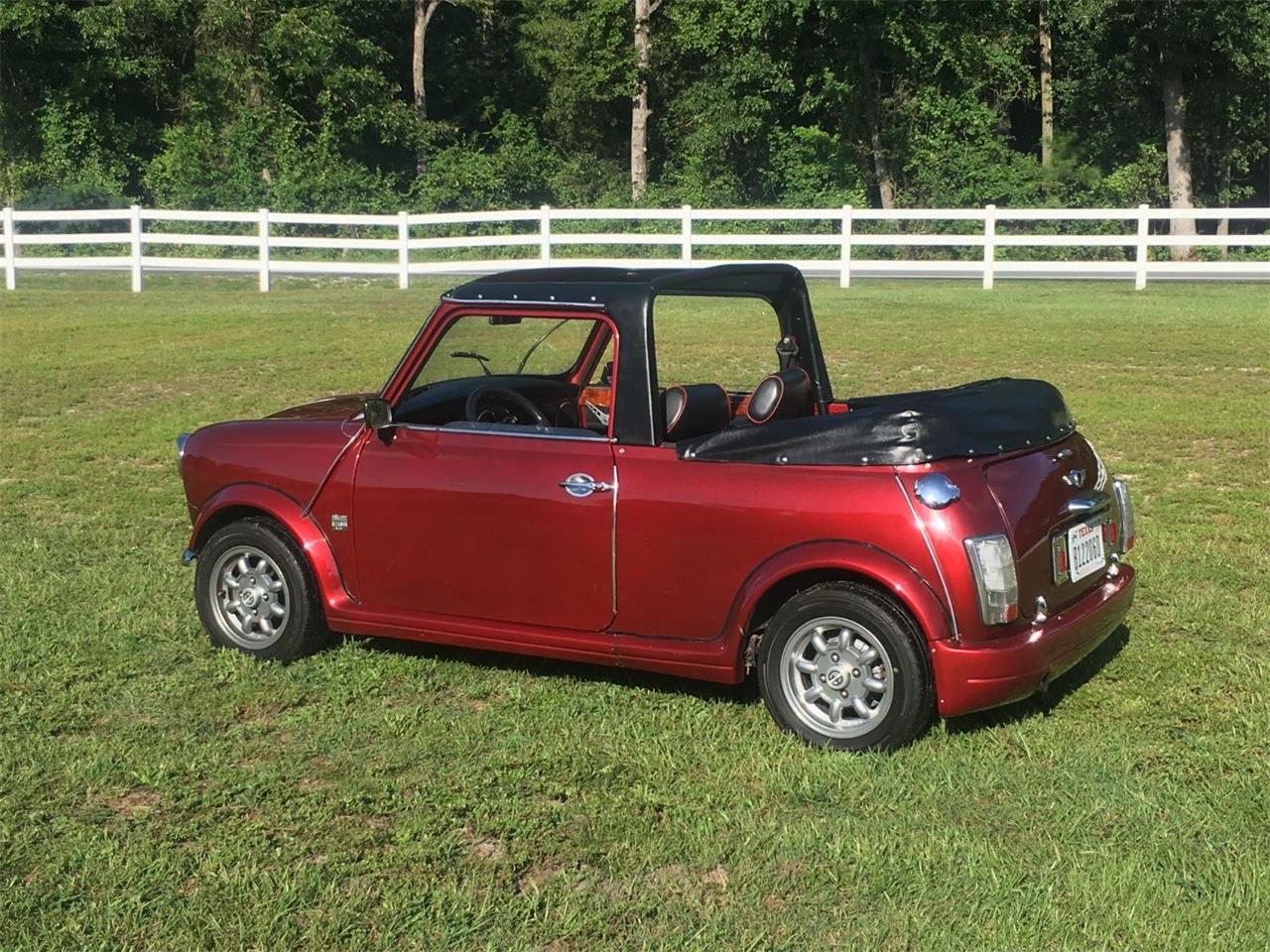 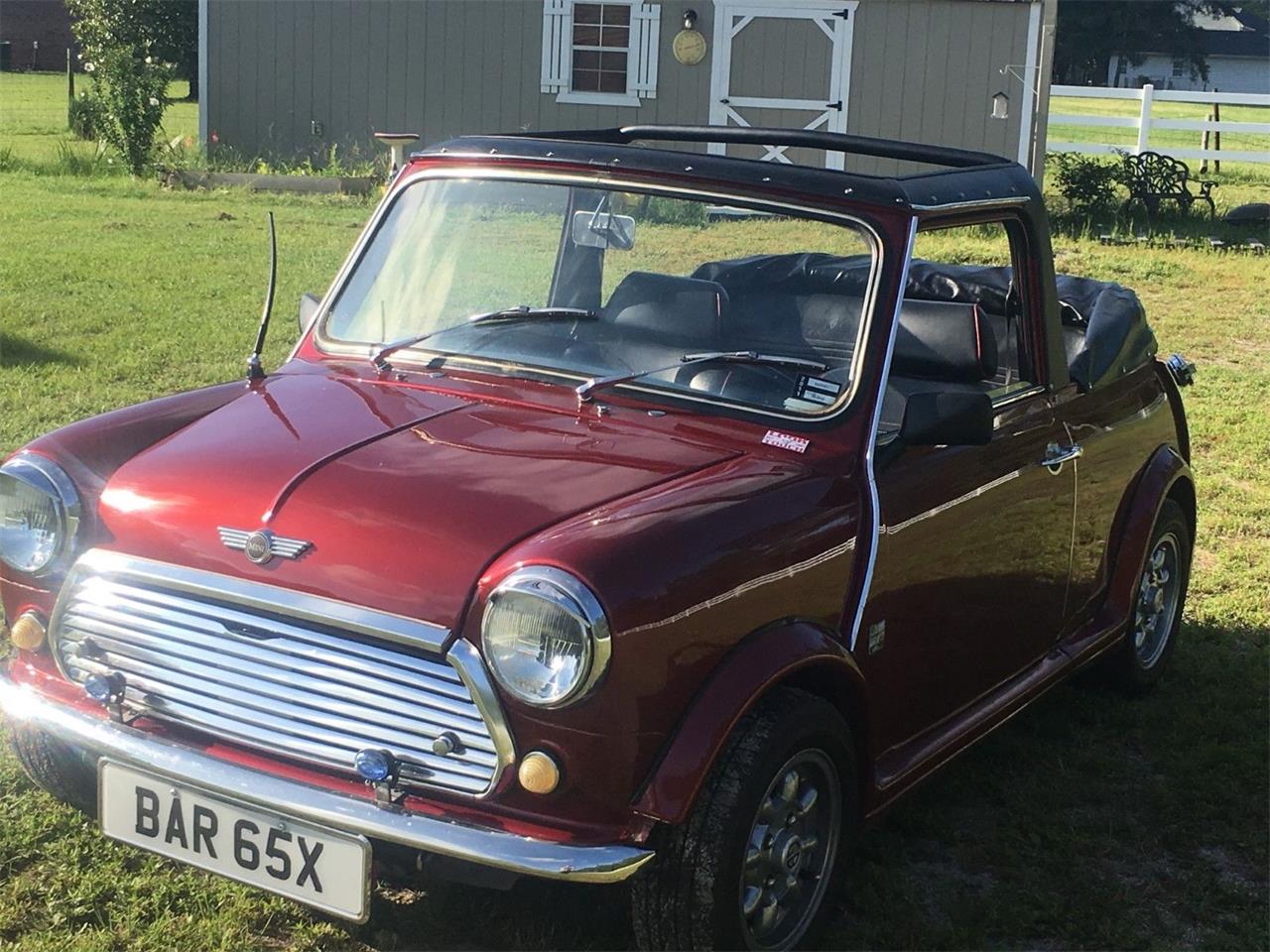 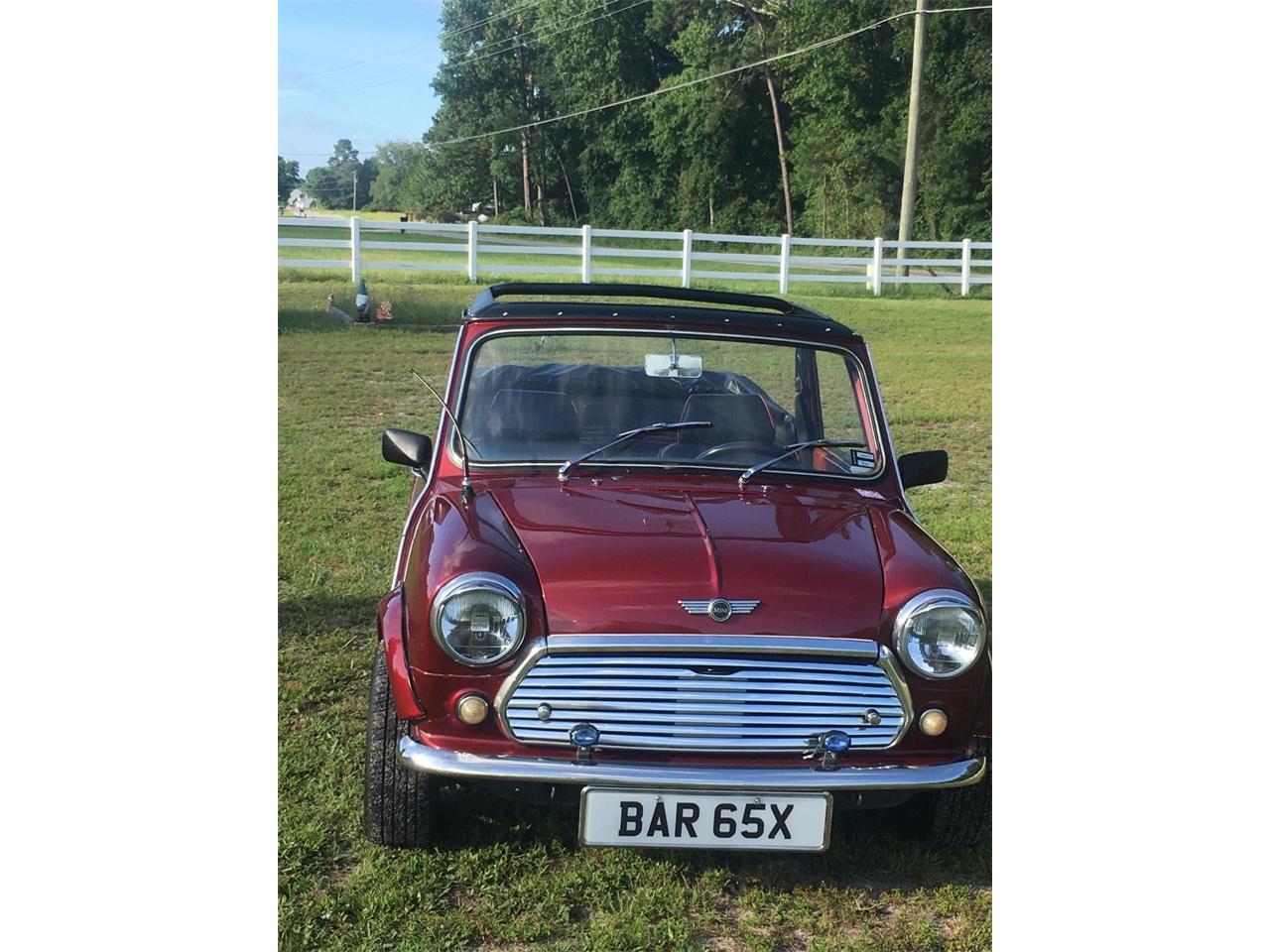 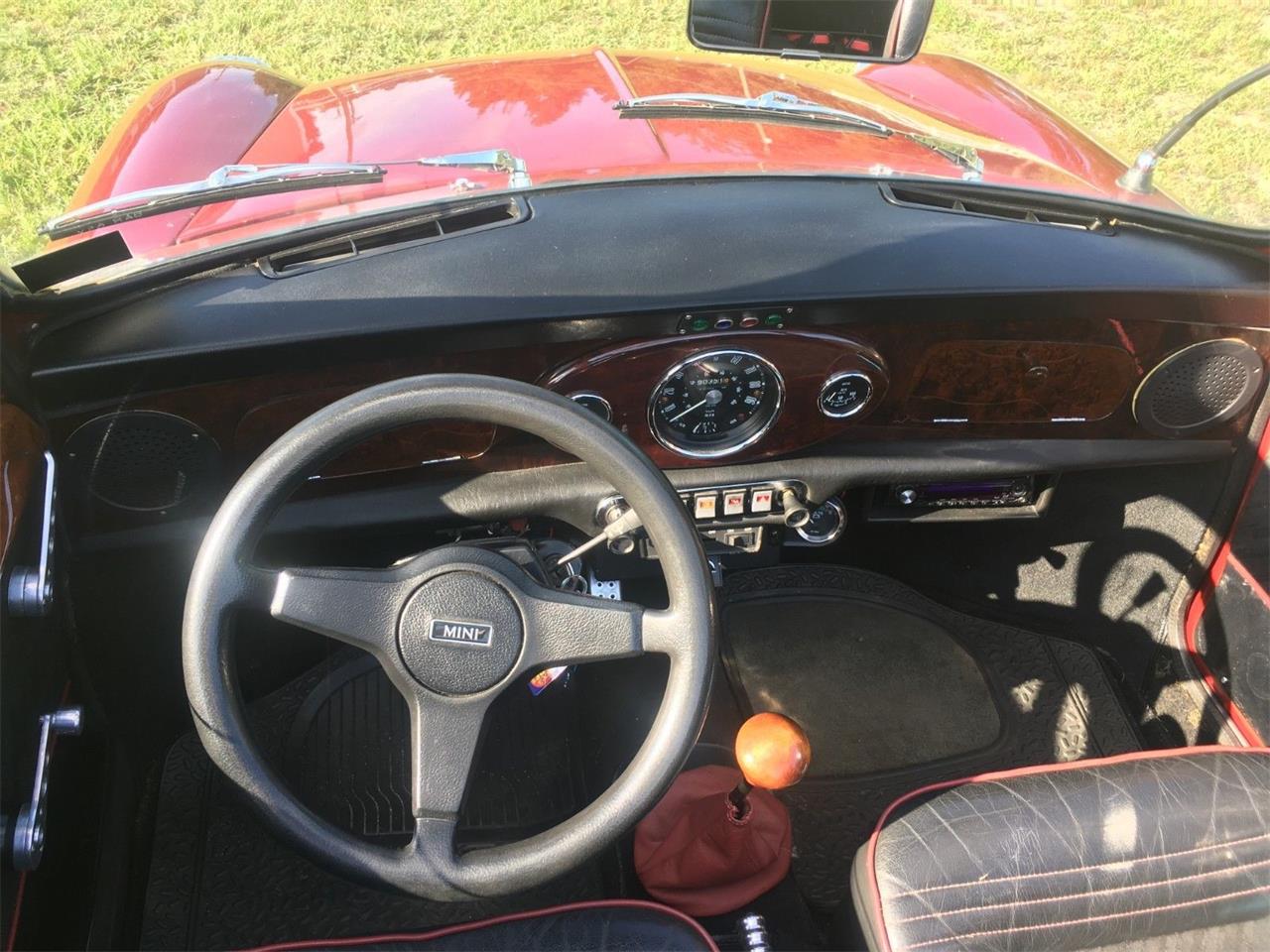 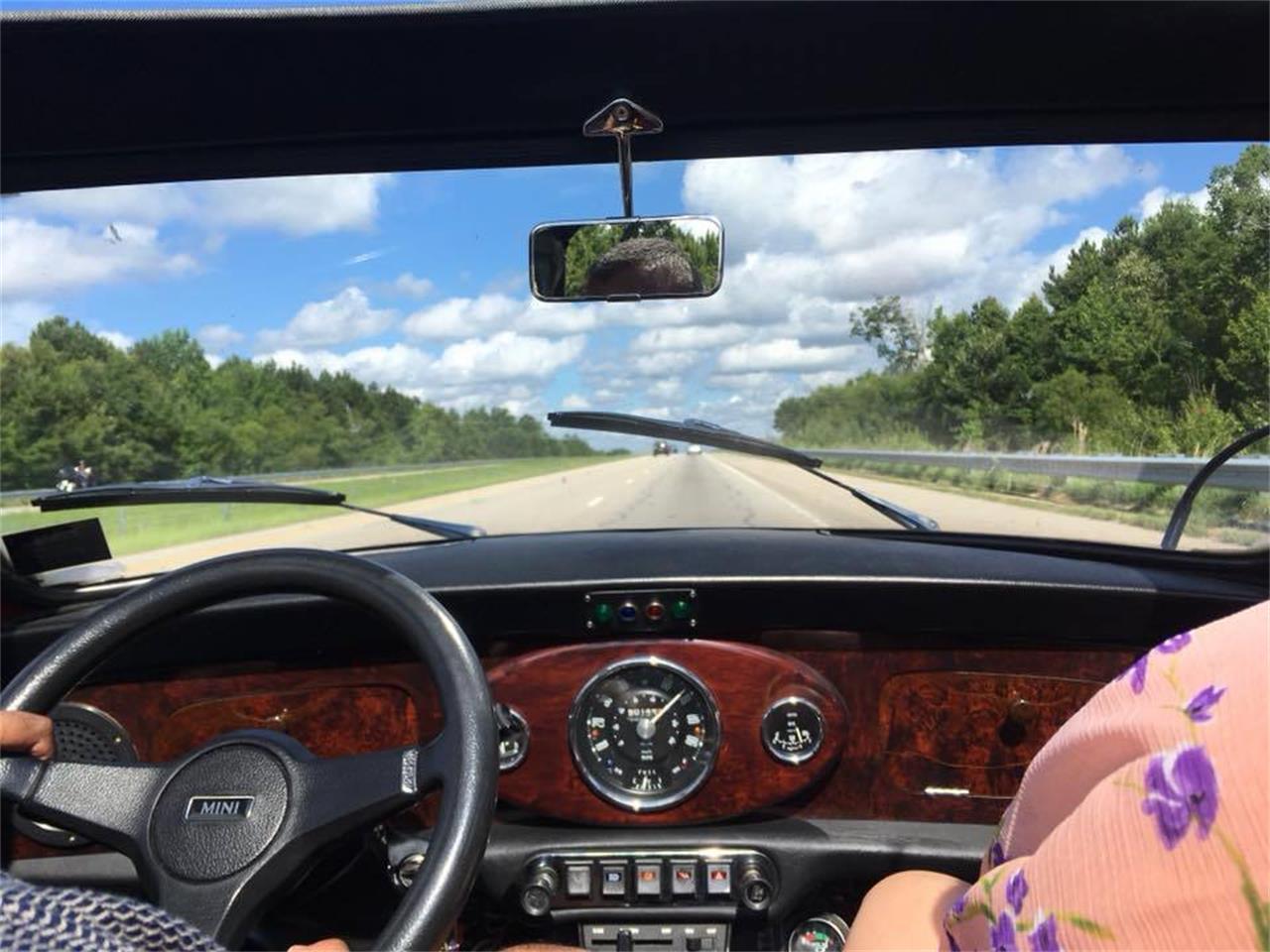 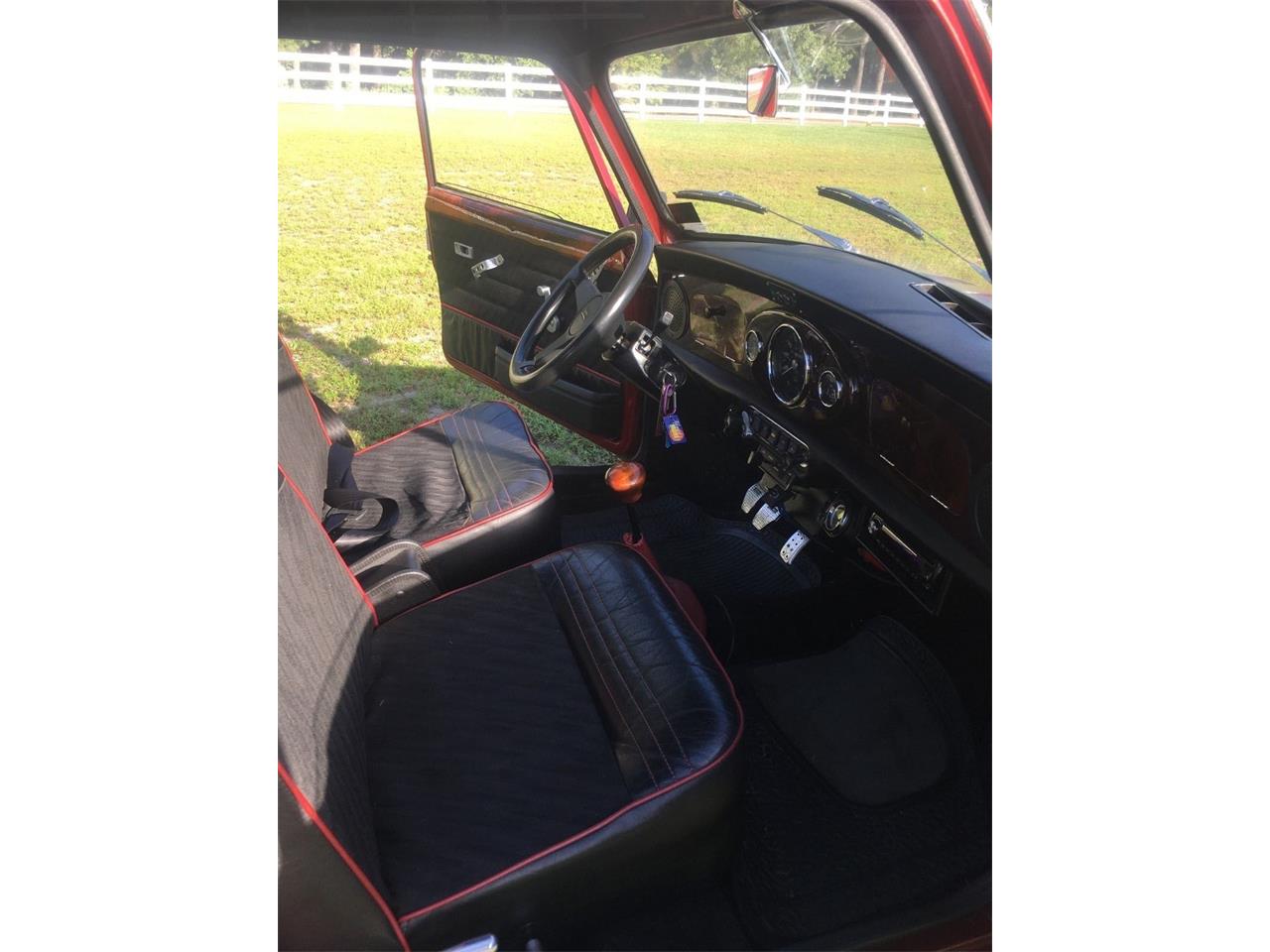 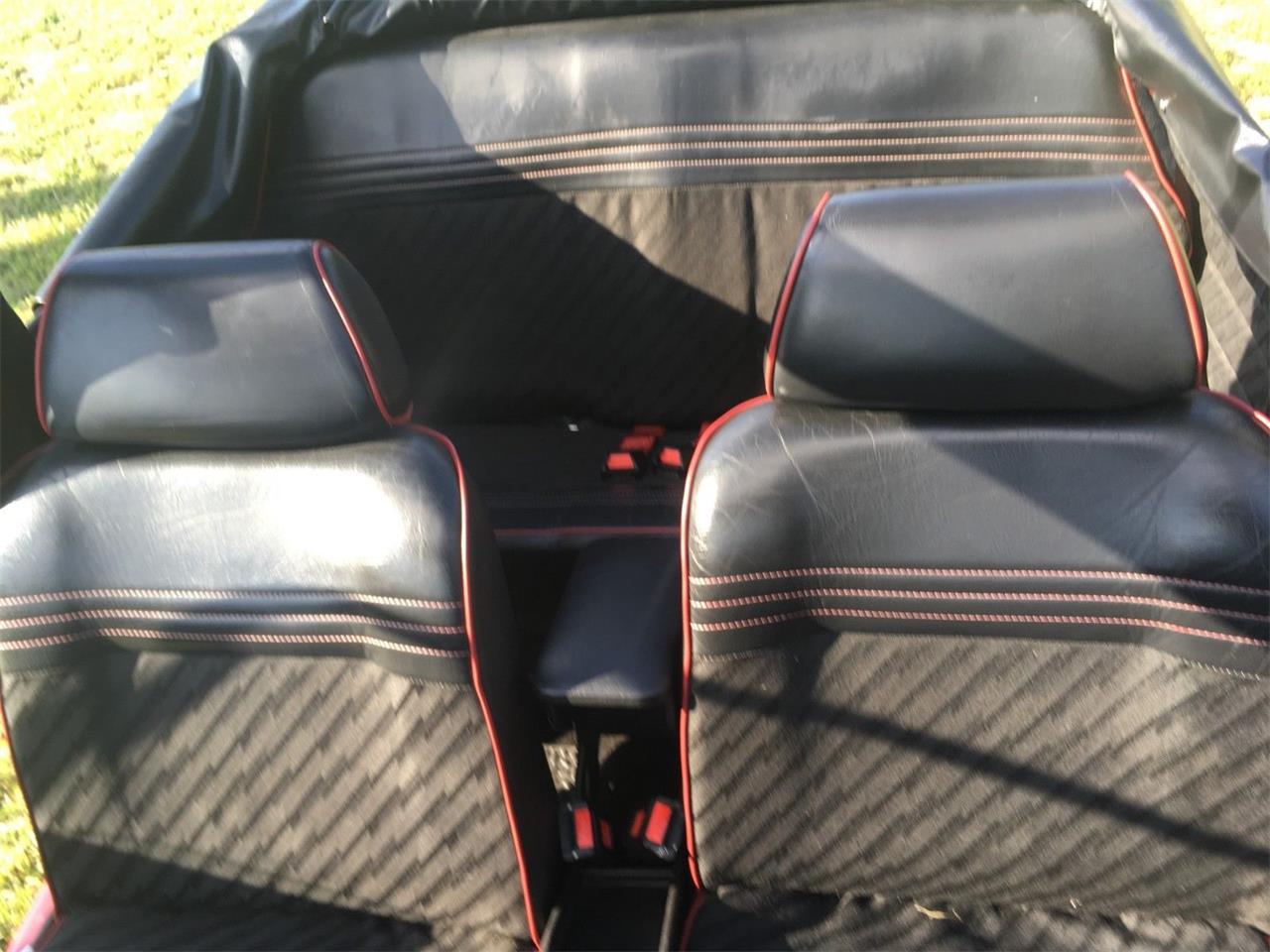 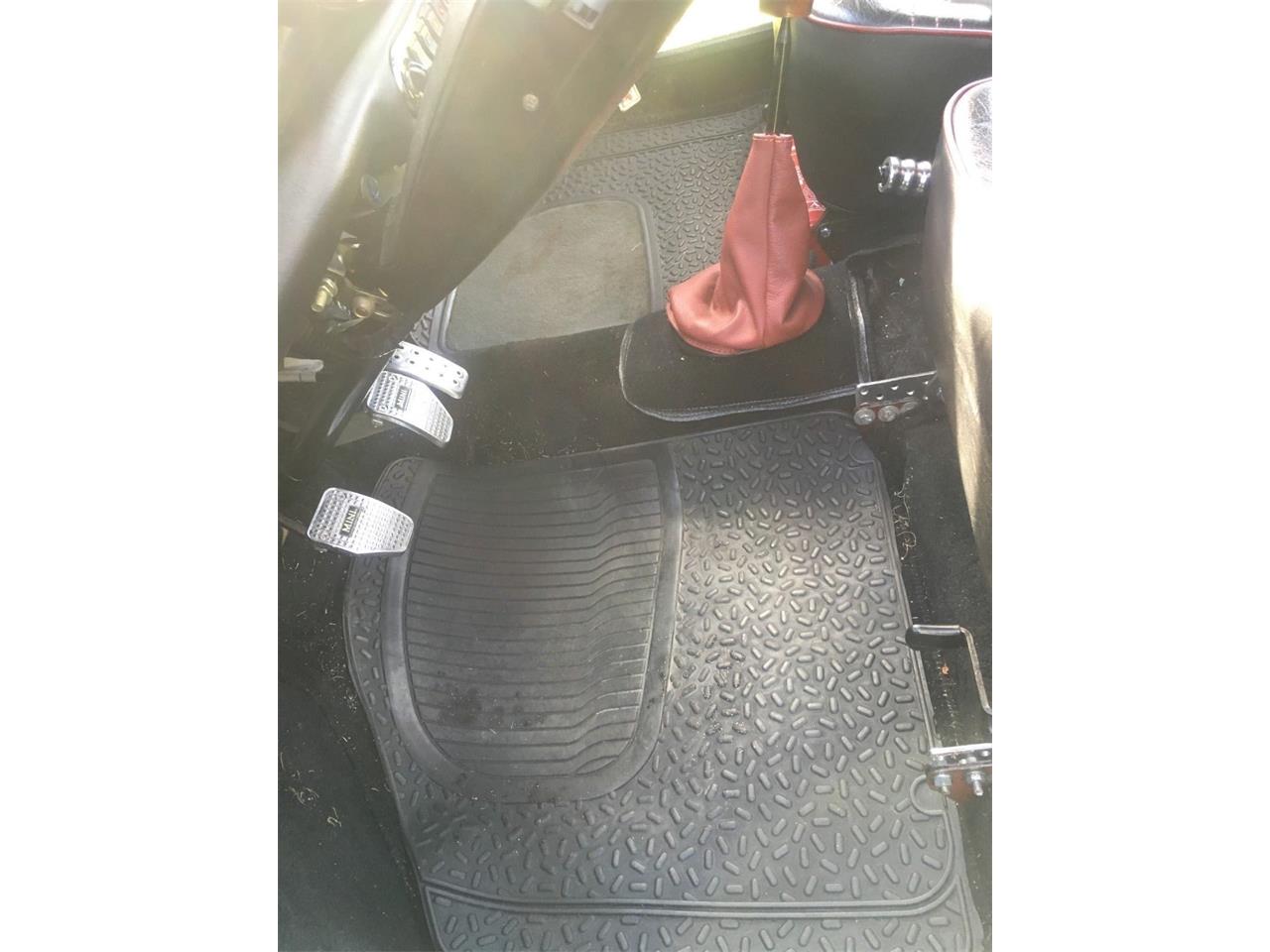 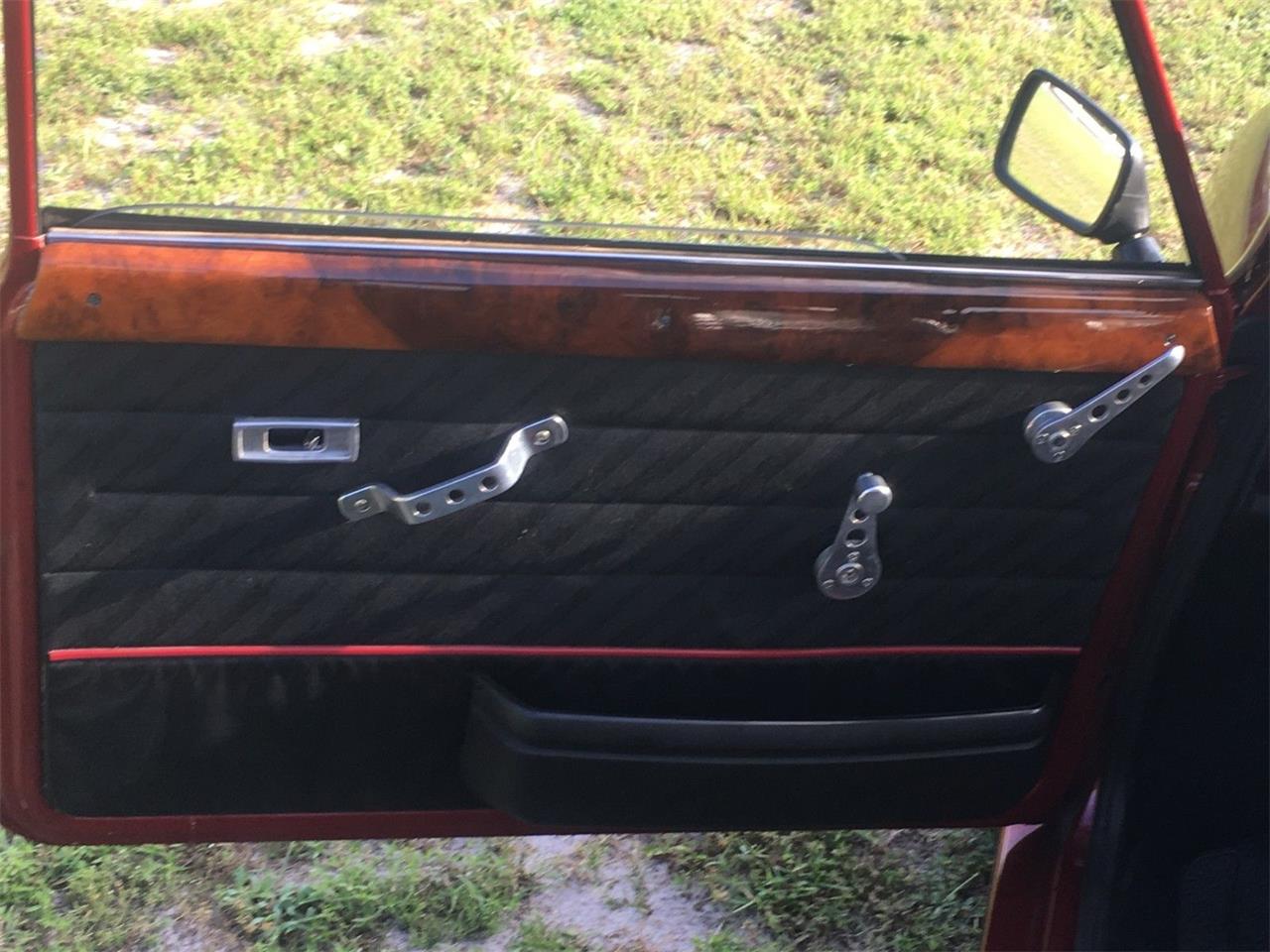 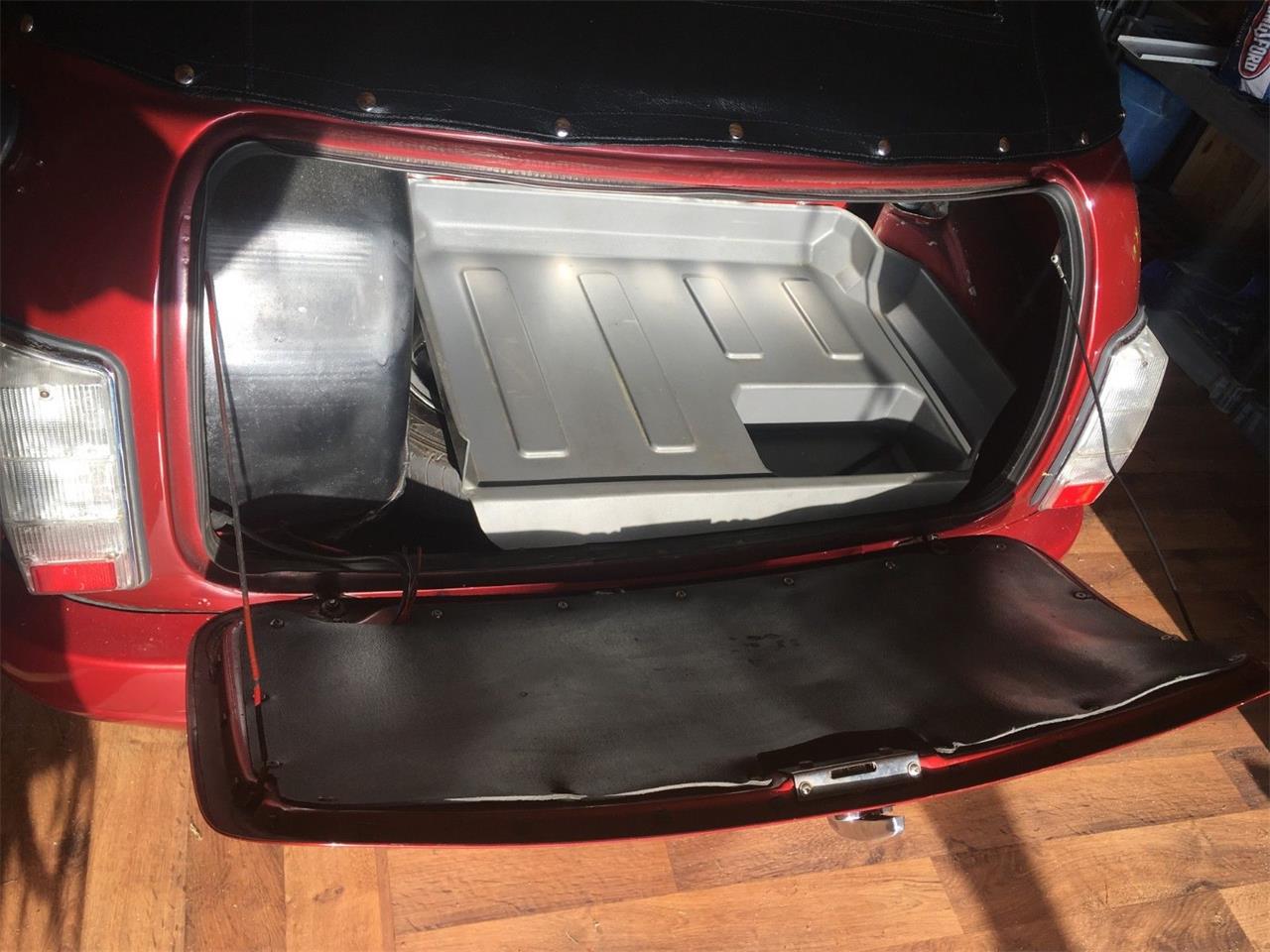 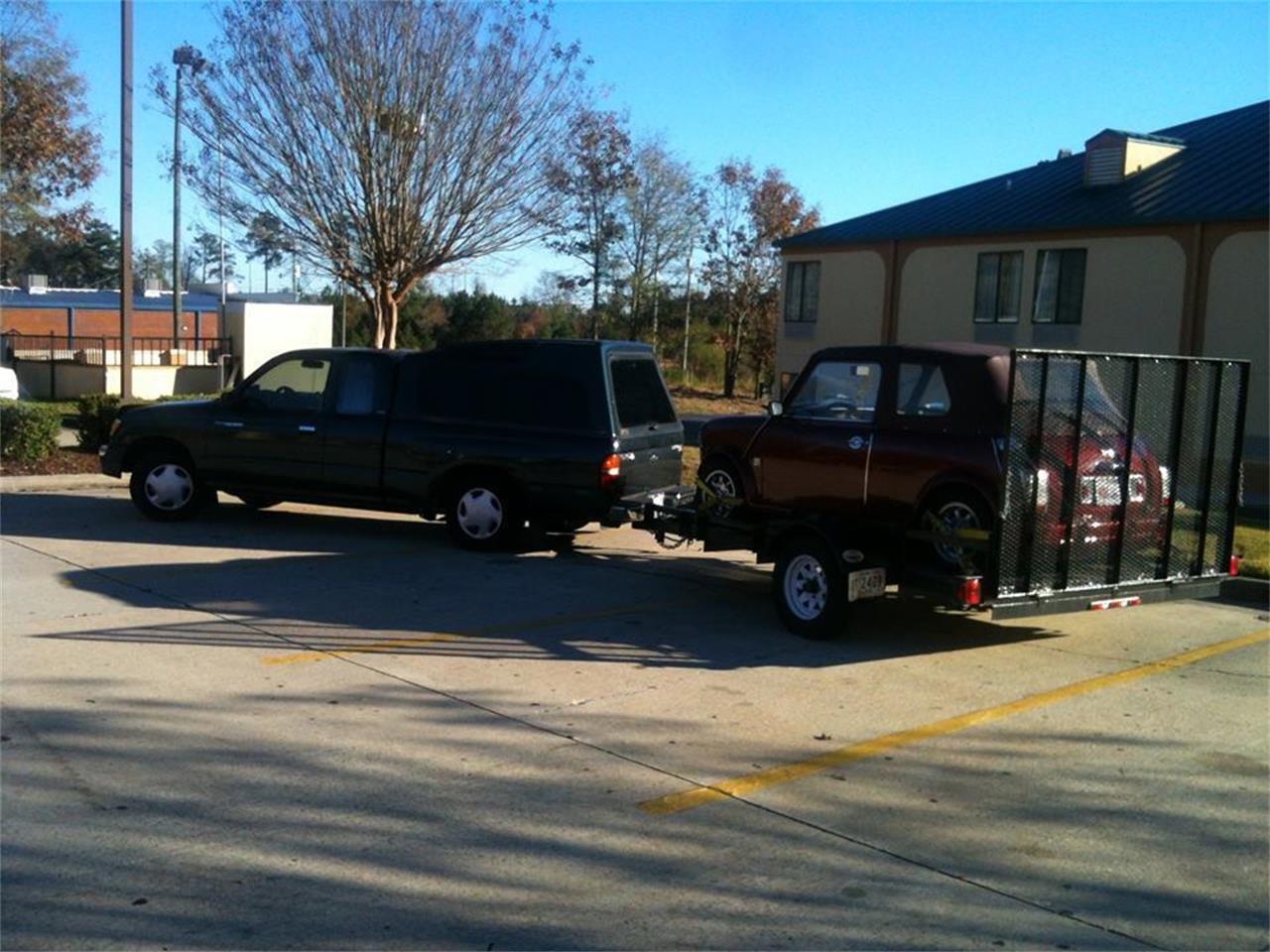 1982 Classic Mini with a 1380 engine and a convertible conversion done by Keith's Conversions in the UK. This Mini was legally imported as a 25+-year-old classic and has a clear title with current registration. The original British registration plate is on the front of the car. The previous owner engraved the plate number on the bottom of the front windshield. Bought this car in England and converted to left hand drive. The walnut dash and Smiths gauges from Minispares were installed at the same time. It’s been constantly improved each year since 2010. Reluctant sale. Only selling as I have too many cars which don't get driven enough. Upgrades I can remember are listed below: New free flow header and complete muffler with flex pipe from Maniflow. GB alloys with nearly new tires. Also included a spare GB wheel and tire. Roller rockers, coil, new distributor and high output alternator. Silicone hoses and new alloy radiator with a high capacity water pump. Also has an auxiliary electric fan with on/off switch to use in stop and go traffic. All oil and fuel lines as well as brake hoses are steel braided. This includes the oil pressure gauge feeder line. Entire front suspension, with new rubber cones, genuine Hi-Lo struts, drive flanges, bearings, adjustable arms, grooved 8.4 brake discs, and pads, are all new as of last year. Rear brakes are also new with Minifin drums shoes and wheel cylinders. All are upgraded parts from Minispairs. New KYB silver shocks were installed in 2015 on all 4 wheels with new wheel bearings. Optional front plastic inner fender liners from Minispears was also installed at the same time. This makes the front wheel wells much neater and allows less road noise into the cabin.. The last thing done was an alignment in March and it is 4 wheel adjustable for tow, camber, and castor. The car drives dead straight and is very maneuverable with light steering. New convertible top last year in black. The vinyl parts on the body were also replaced and any rust underneath fixed. The old burgundy top is also included and is still very good with no leaks. Fuses have been converted to modern blade fuses with a new fuse box. Added engine and transmission steady bars with poly bushings. Everything is tight and quiet. The interior door cards, seats and steering wheel are from a Mini Mayfair which was bought used as a set. It matchers the car perfectly and as pictured the interior is in very nice condition. The 4 speaker Pioneer CD Radio, in an original Rover radio housing, works very well with the top up or down. New late model genuine Rover trunk tray finishers of the trunk making it usable. There are probably a multitude of things I am forgetting to list. Everything works as it should. The only area of rust is a small section under the front windshield rubber. All other rust has been fixed. A modified trailer to haul this Mini is pictured. I have used this trailer to transport this Mini over 5000 total miles with a 4 cylinder Toyota Tacoma with absolutely no issues. The trailer and car combined weigh less than 3000 lbs. One person can load and tie down the car on trailer easily. You can trailer it or drive it back to your location even if it’s on the West Coast with no problem. The trailer is also included in the listed price. This is NOT a project car but one you can drive every day. You will be hard pressed to find a better Mini for this asking price. 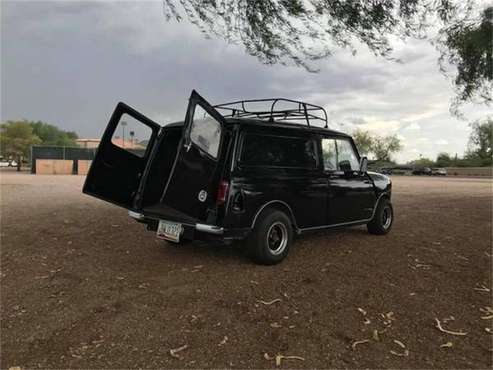 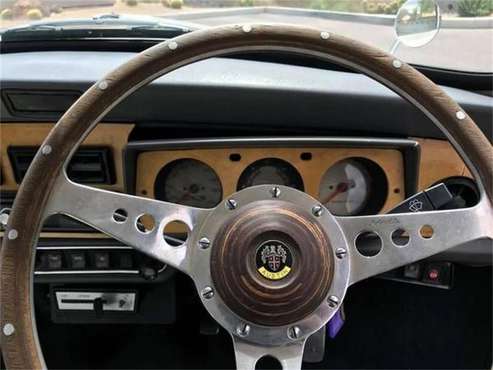 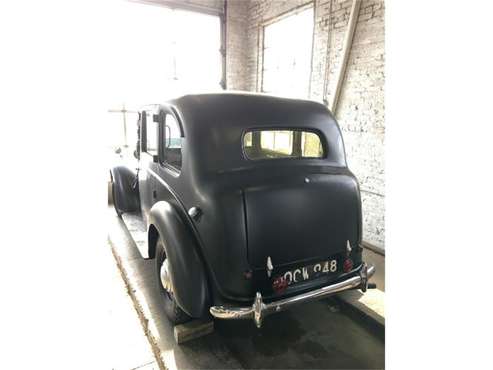 1953 Austin FX3 Taxi This is a 99%complet, running, drivable car. It is in unrestored condition. Everything appears to be there except the original... 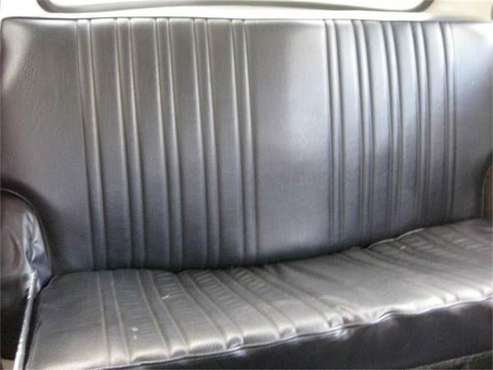 1975 Austin Mini, It has a 848cc inline 4 cylinder engine and a 4 speed manual transmission. This car is in great condition and rust free!! 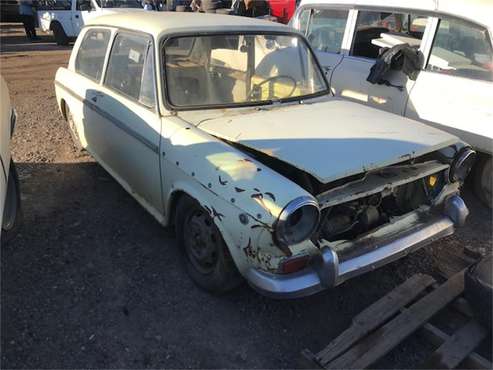 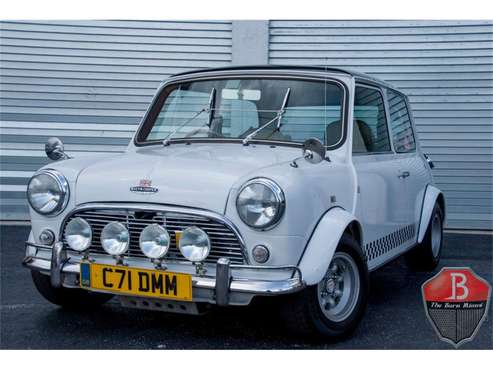