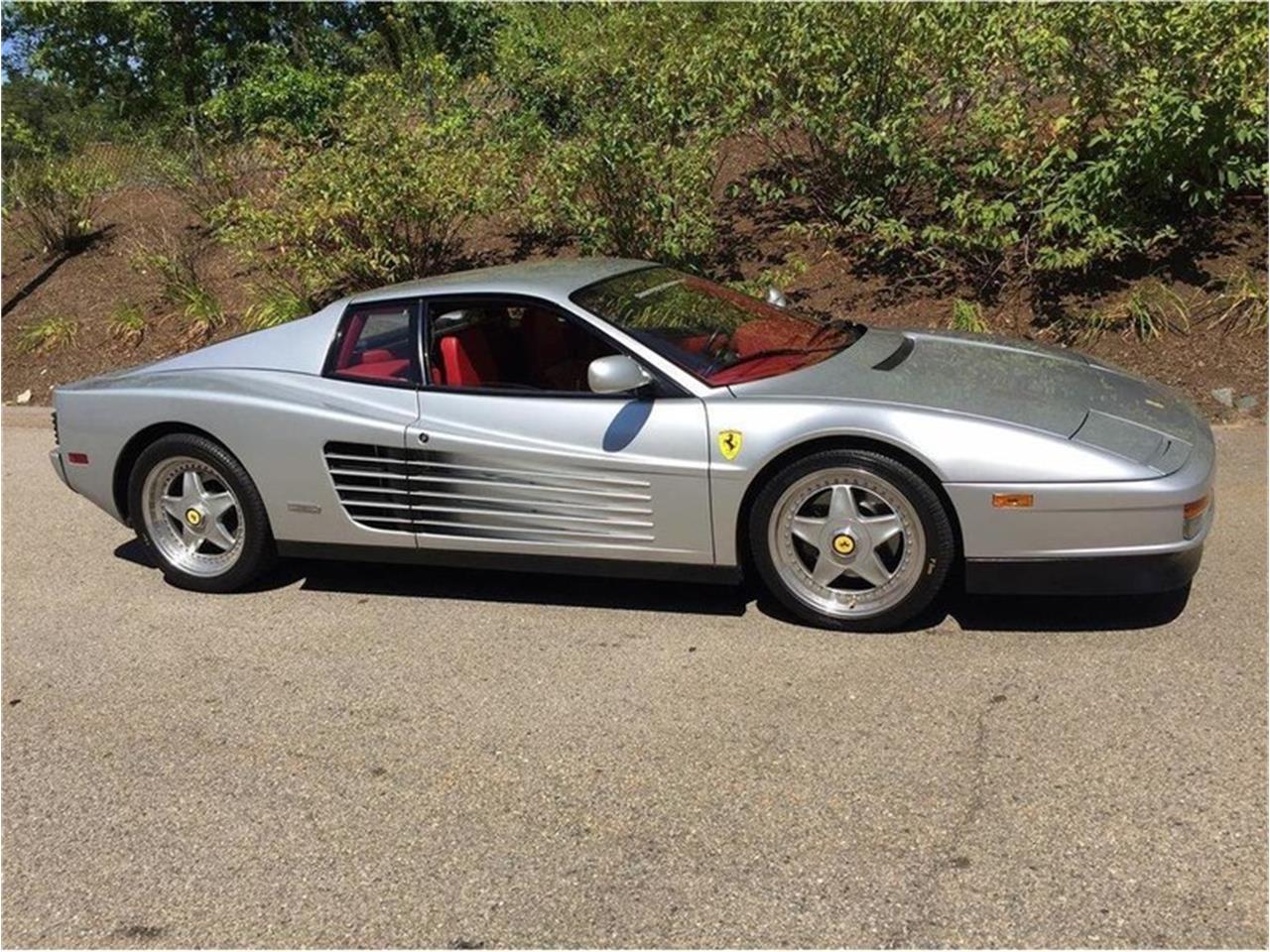 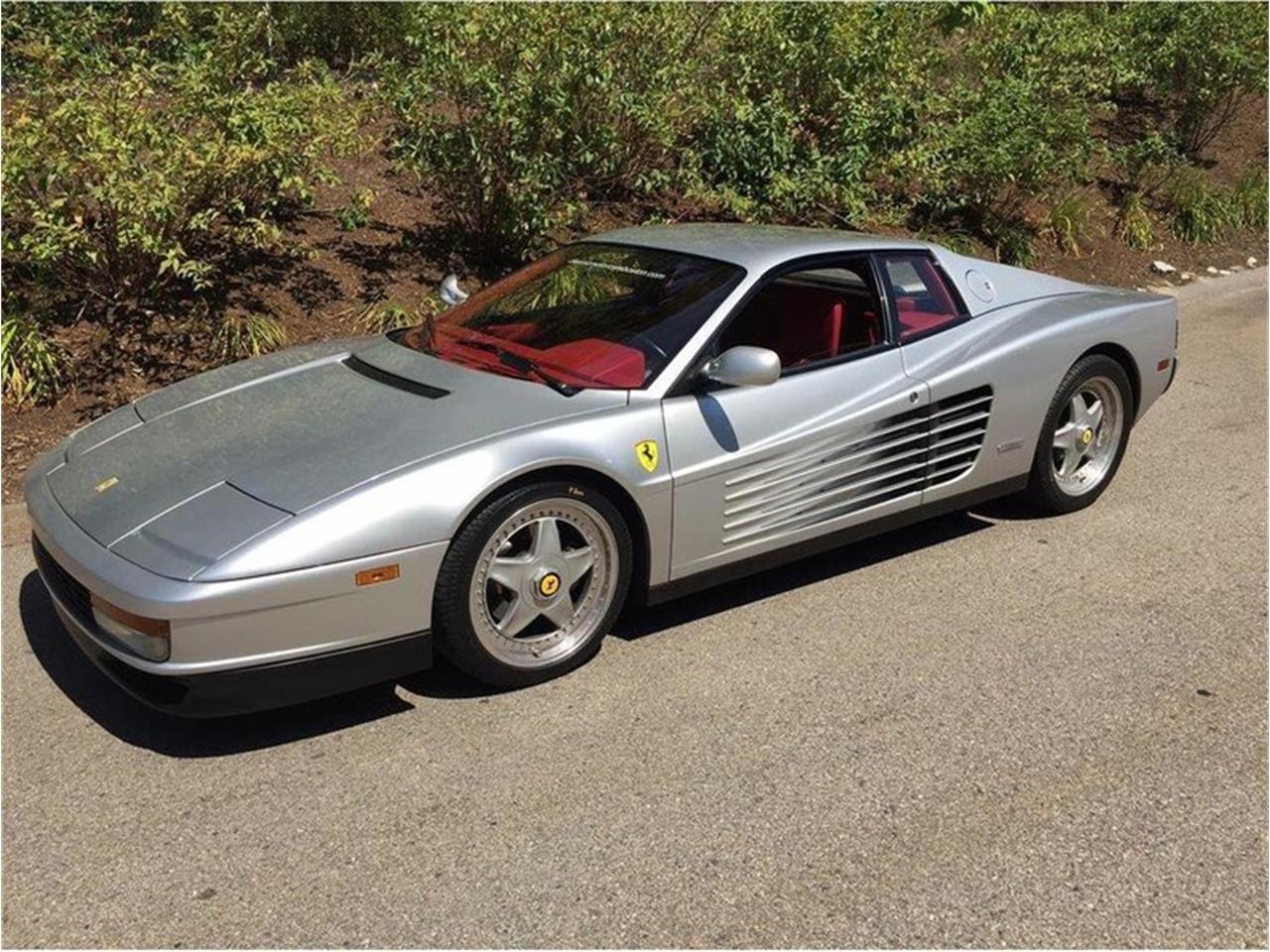 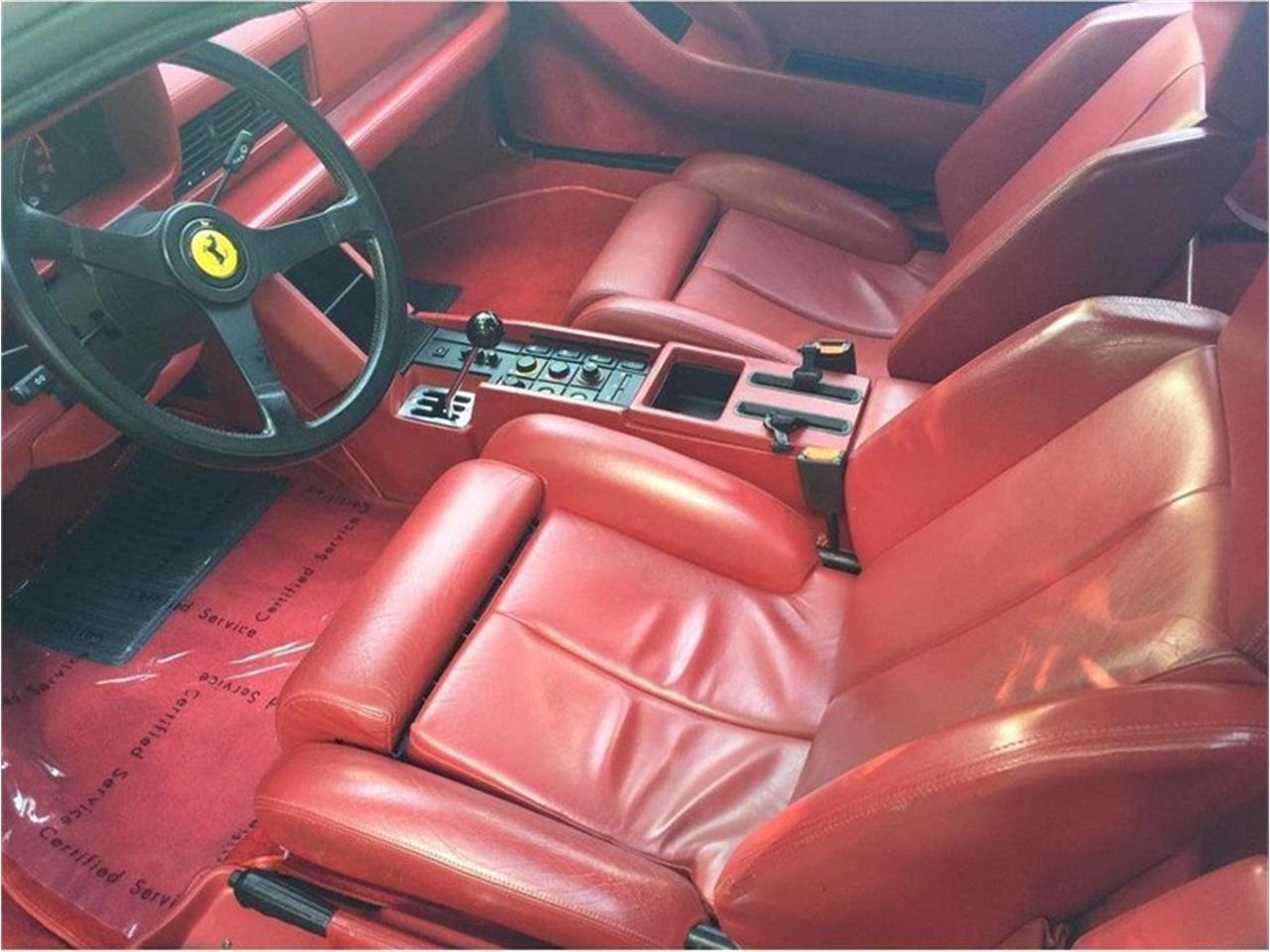 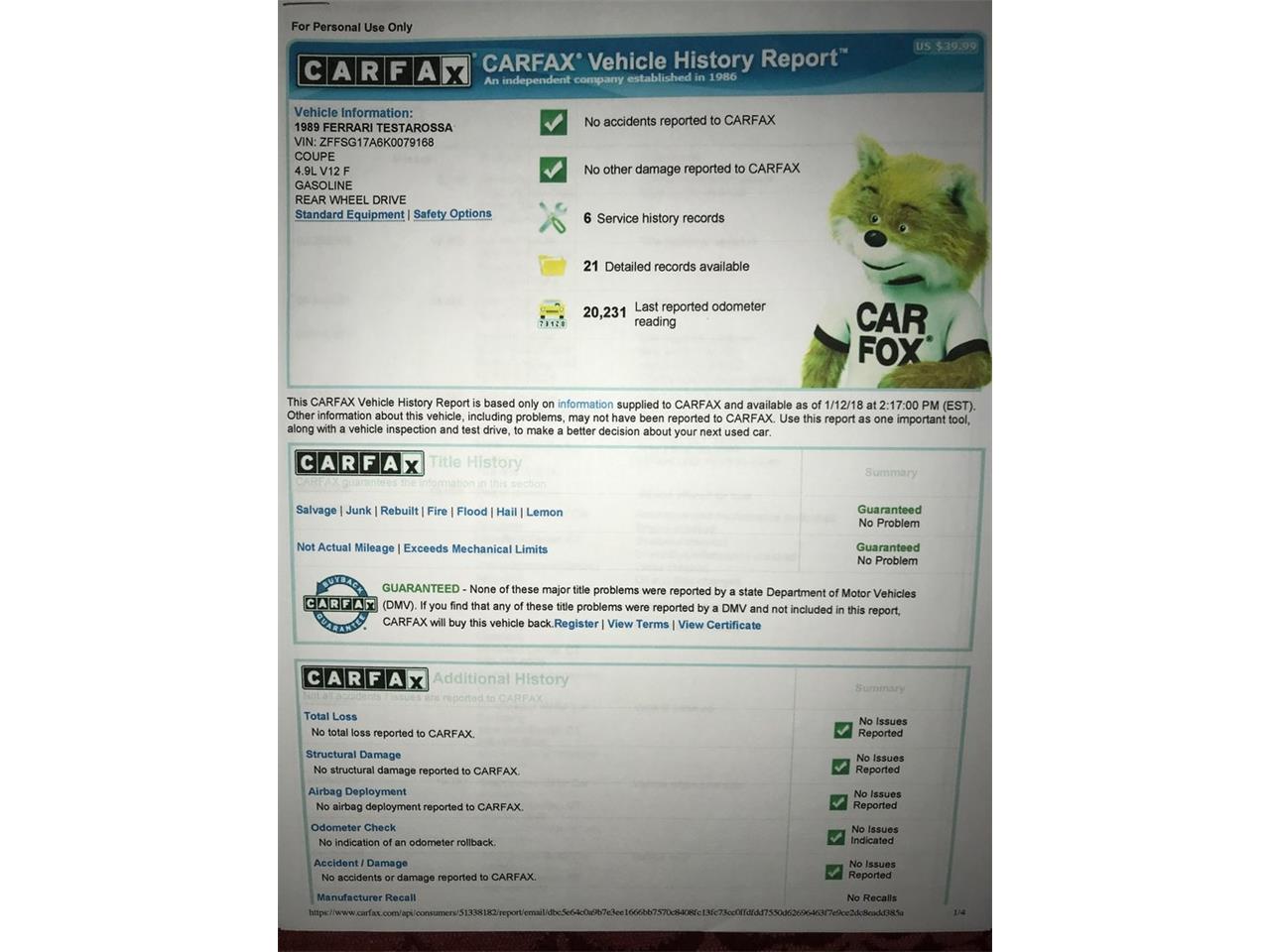 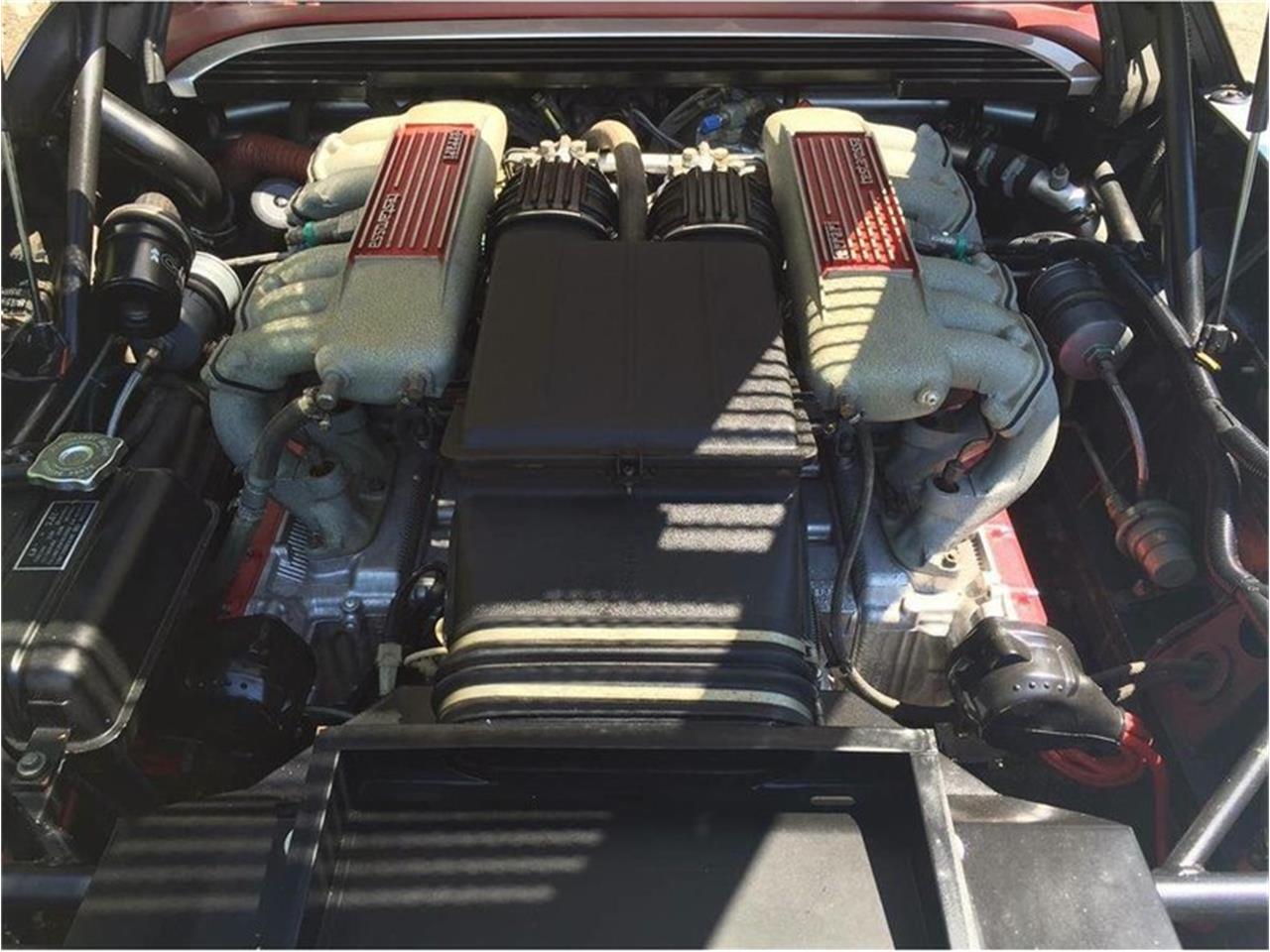 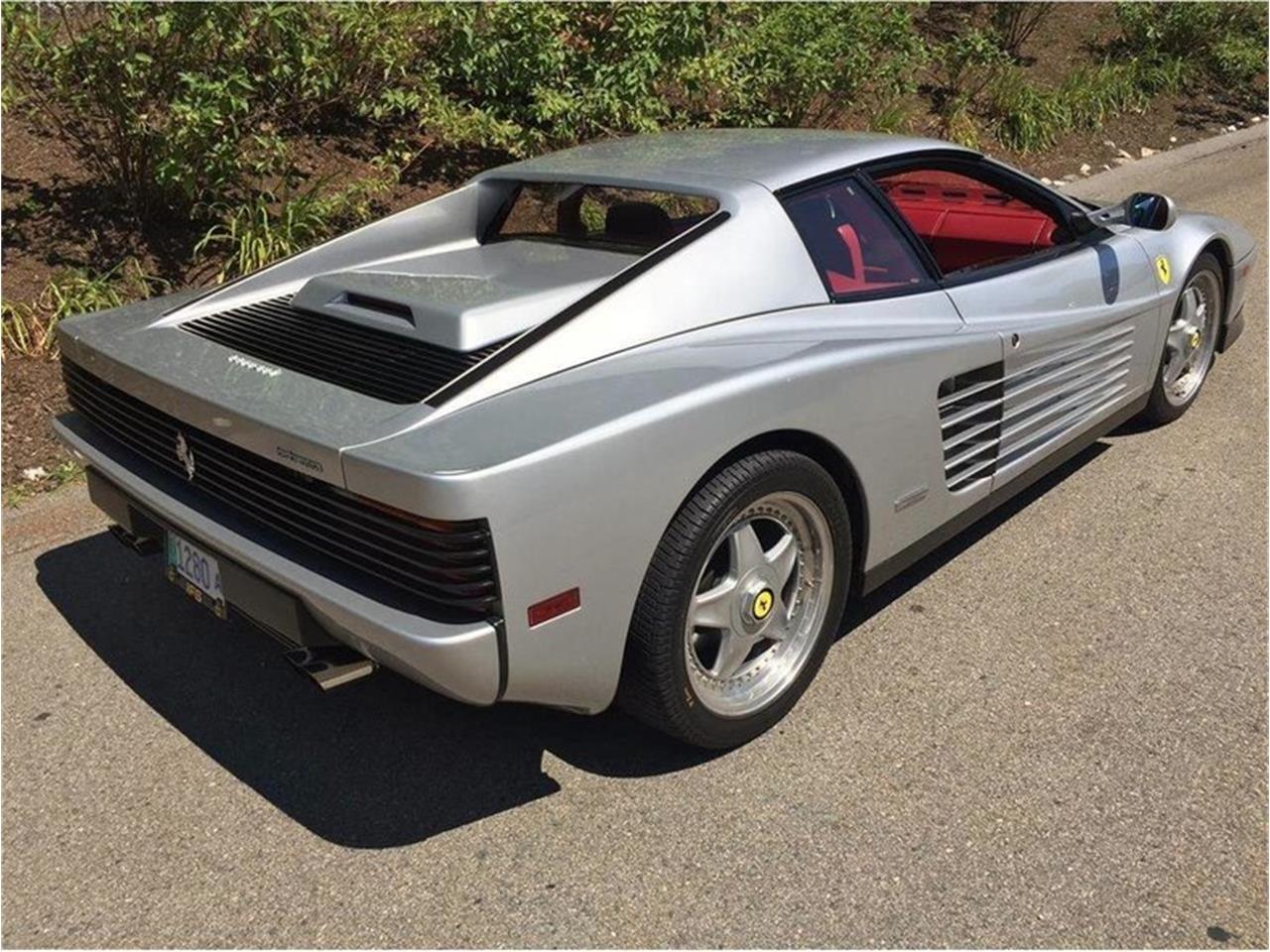 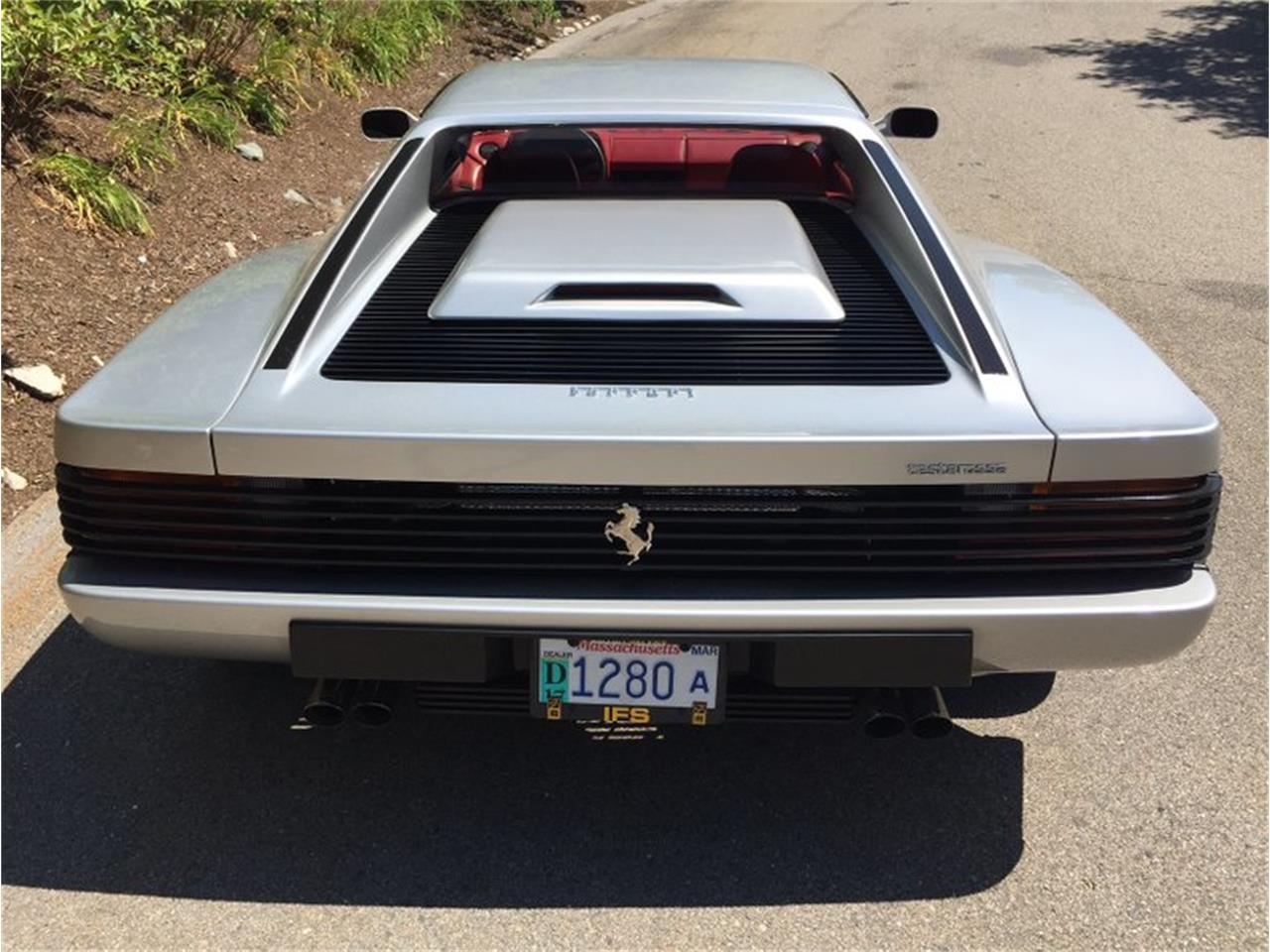 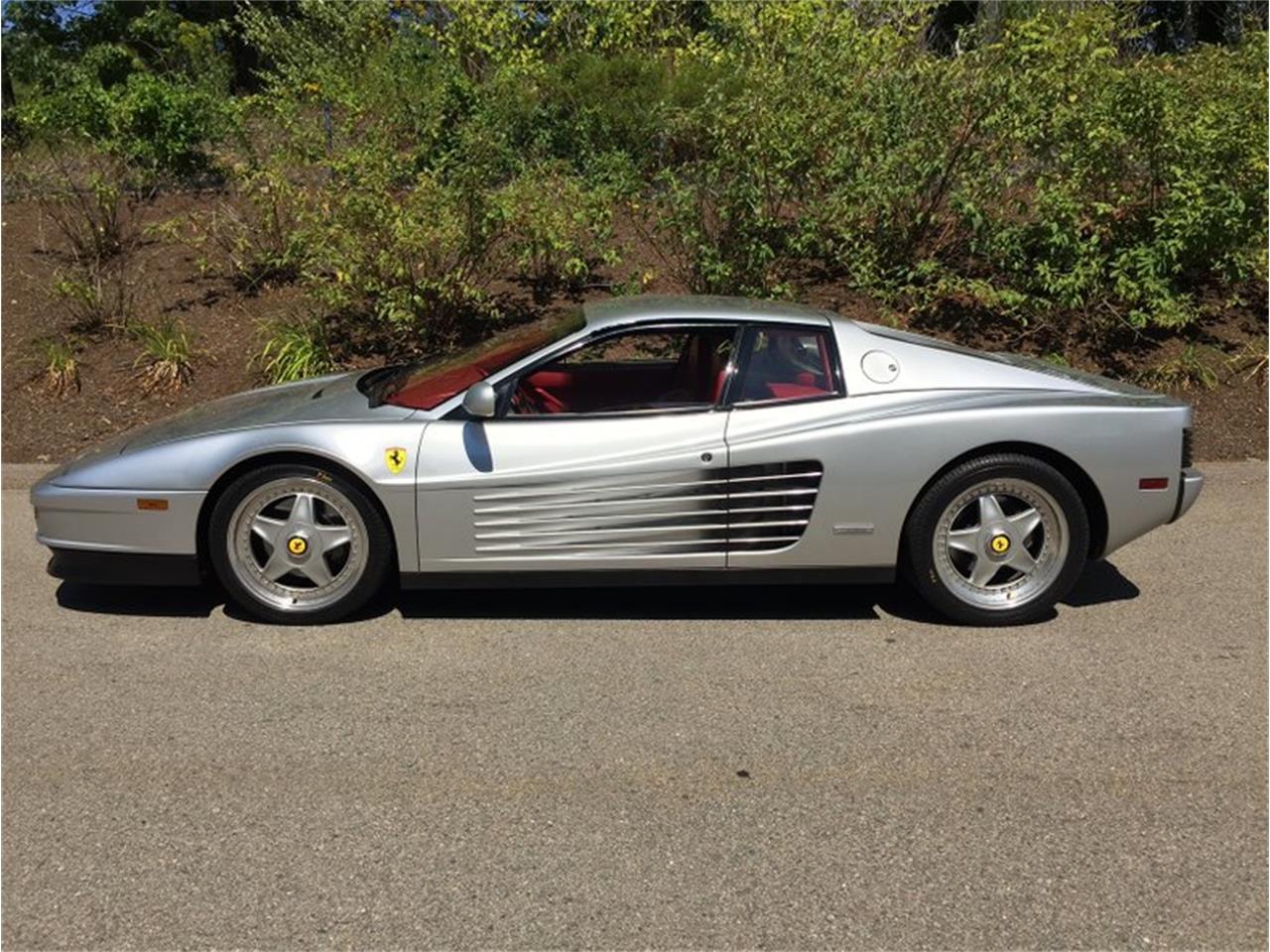 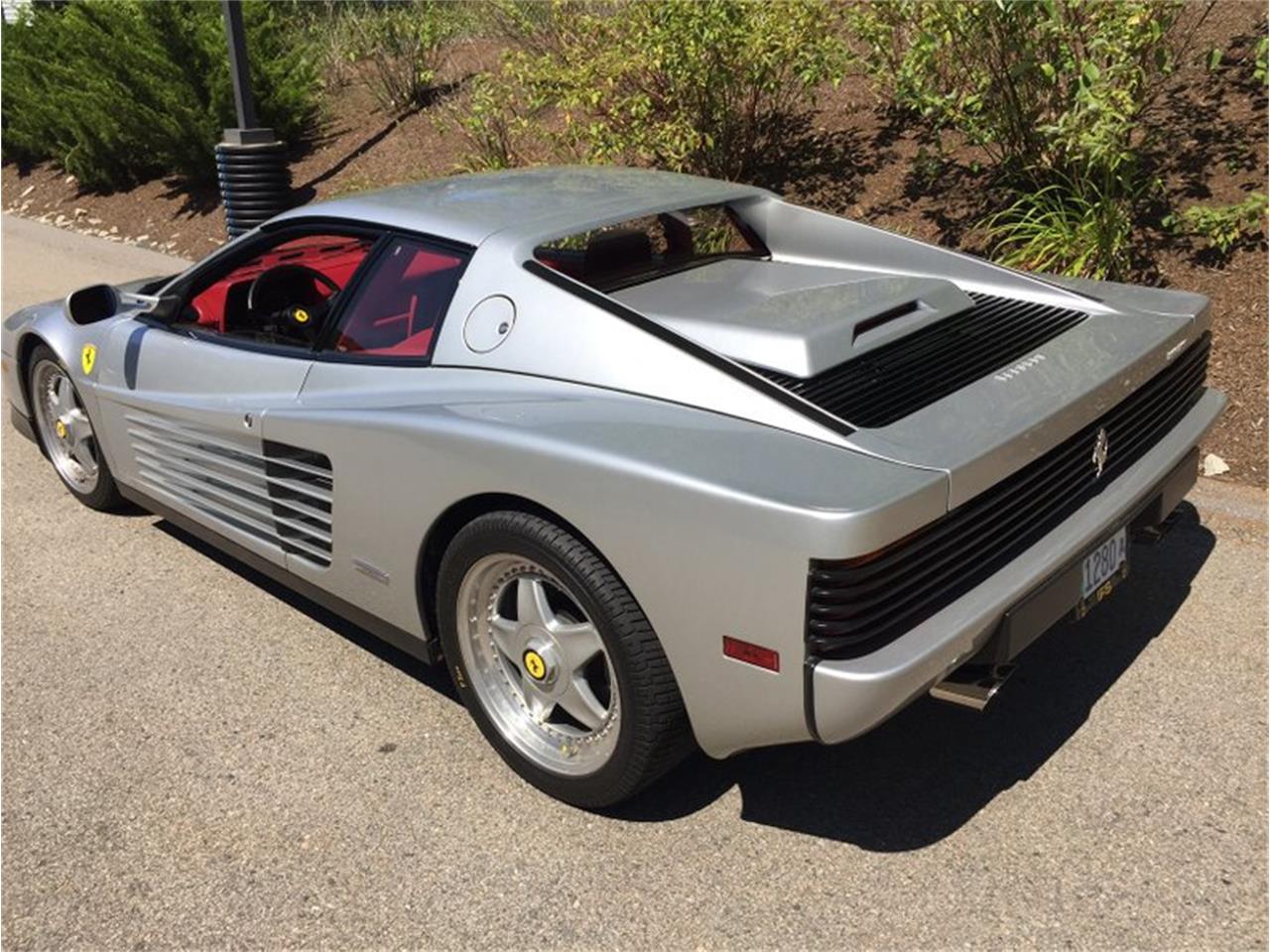 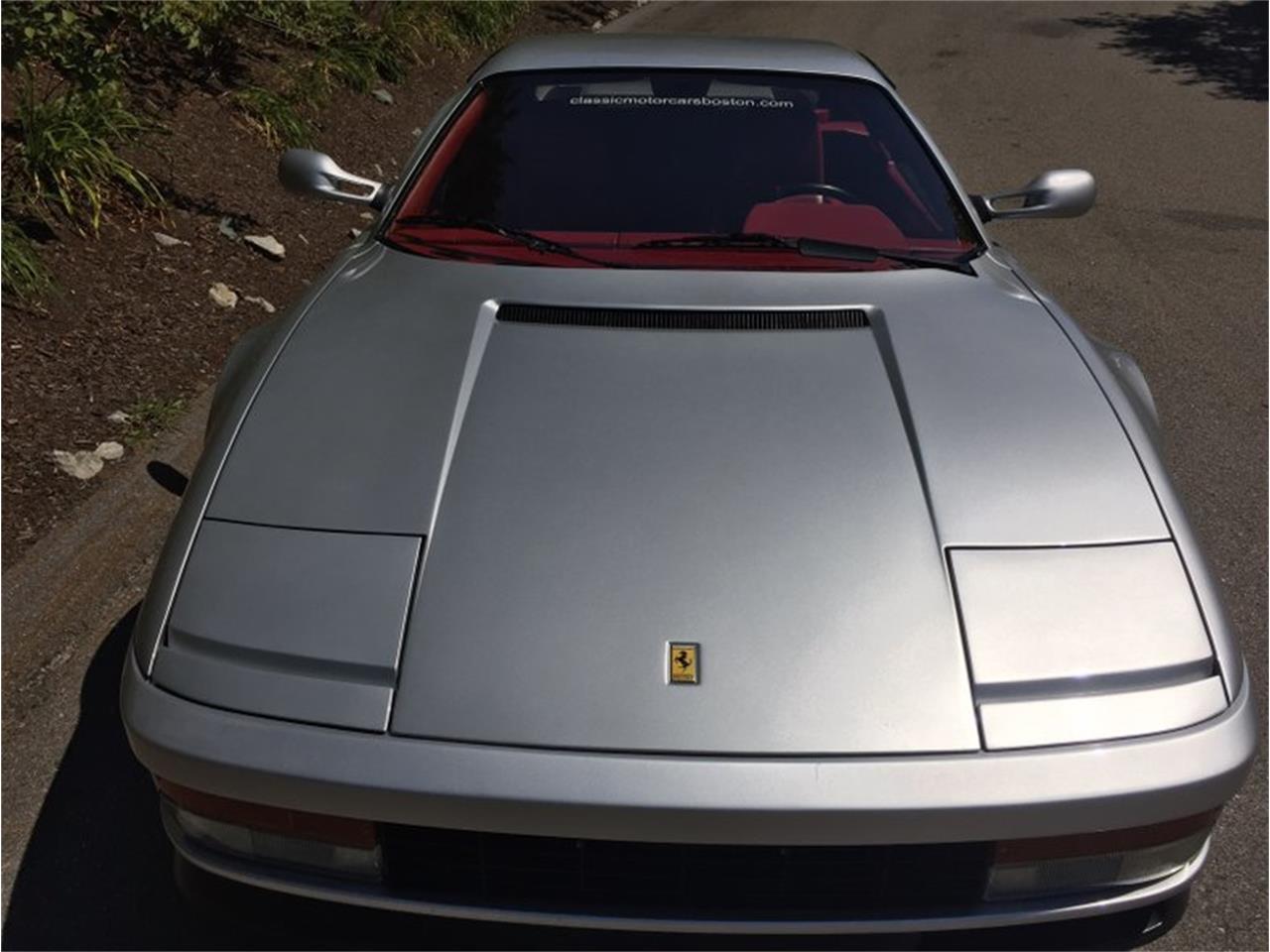 23,000 Miles, 2 Owners, Clean Carfax Documented service history since new from Ferrari of New England and Independent Ferrari Service in South Easton, MA - one of the best in the business Recent $15,000 Major Service Tubi Exhaust and Speedline Wheels only modifications. Driven regularly with no issues. The Ferrari Testarossa is a 12-cylinder mid-engine sports car manufactured by Ferrari, which went into production in 1984 as the successor to the Ferrari Berlinetta Boxer. The Pininfarina-designed car was originally produced from 1984 to 1991. The Testarossa name paid homage to the famed World Sportscar Champion 1957 Ferrari 250 Testa Rossasports racing car. Testa Rossa, which literally means "red head" in Italian, refers to the red-painted cam covers sported by both cars' 12-cylinder engines. The large side intakes were not only a statement of style but actually functional - they drew clean air to cool the side radiators and then went upward and left the car through the ventilation holes located at the engine lid and the tail. As a result, the Testarossa did not need a rear spoiler like Lamborghini's Countach yet produced zero lift at its rear axle. The aerodynamic drag coefficient of 0.36 was also significantly better than the Lamborghini's 0.42. The side strakes sometimes referred to as "cheese graters or "egg slicers," that spanned from the doors to the rear fenders were needed for rules in several countries outlawing large openings on cars. The Testarossa had twin radiators in the back with the engine instead of a single radiator up-front. In conjunction the strakes provided cool air to the rear-mounted side radiators, thus keeping the engine from overheating. The strakes also made the Testarossa wider at the rear than in the front, thus increasing stability and handling. 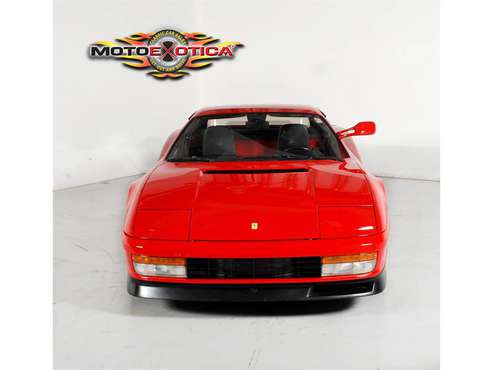 The Ferrari Testarossa is a 12-cylinder mid-engine sports car manufactured by Ferrari, which went into production in 1984 as the successor to the Ferrari Berlinetta Boxer. The Testarossa is a two-door coupe with a fixed roof that premiered at the ... 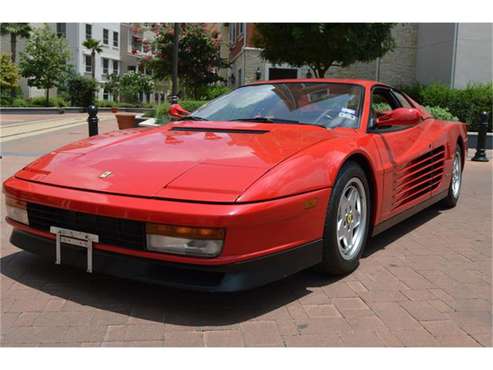 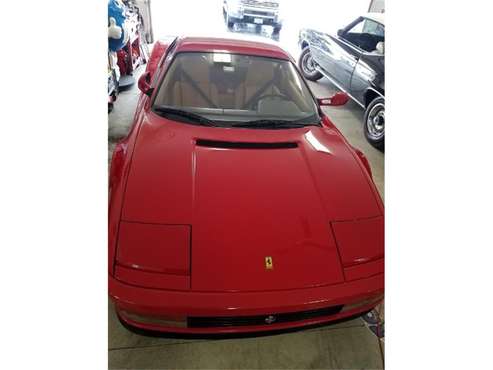 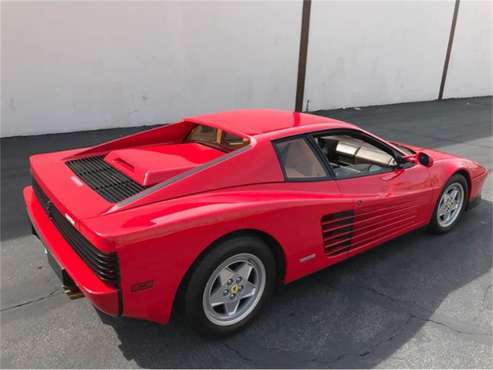 1990 Ferrari Testarossa No accidents 2 owners Immaculate condition All original Garage kept. Please Note The Following **Vehicle Location is at our clients home and Not In Cadillac, Michigan. **We do have a showroom with about 25 cars that is by a... 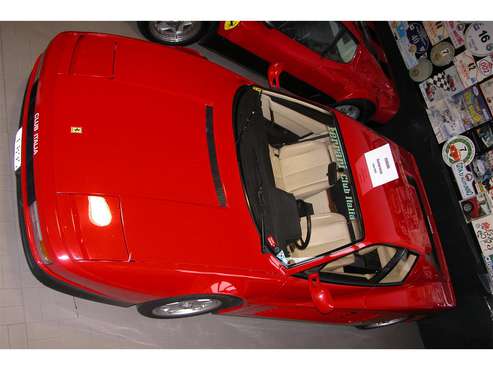 The Testarossa was designed by Ferrari specifically for the U.S. market, applying lessons learned in Ferrari's racing while marking a dramatic entry into the high performance, luxury gran turismo market. Pininfarina's design brought Ferrari into t... 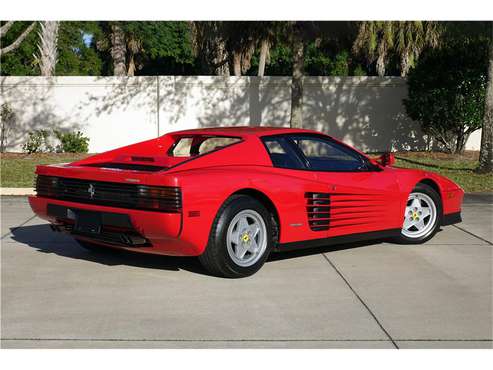 This Rosso Corsa Testarossa has been well-maintained and features a black interior with red carpeting. It's powered by a 4.9-liter V12 engine backed by a 5-speed manual transmission.