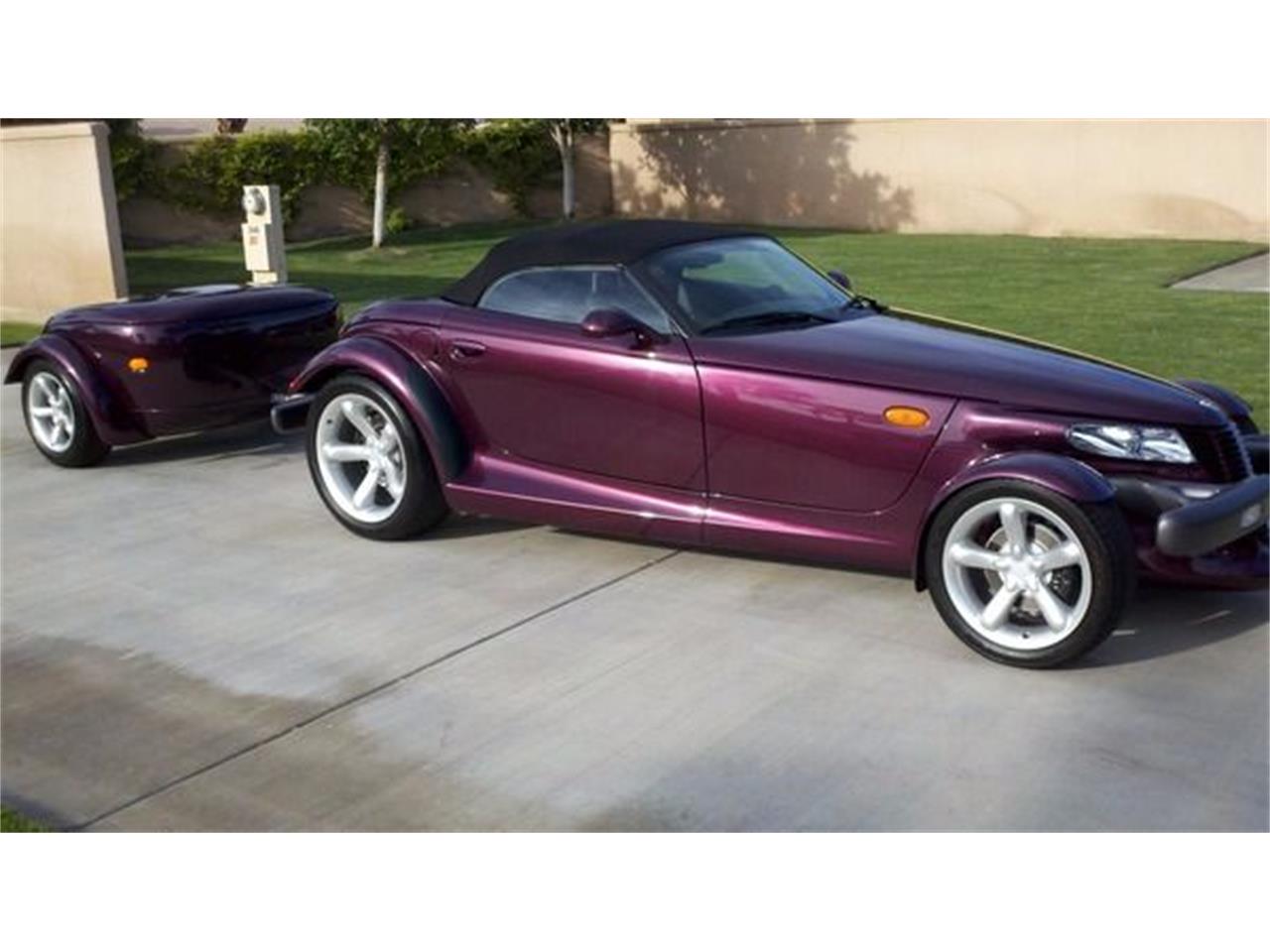 1997 Plymouth Prowler. Just over 900, yes 918 original miles on this exotic collector car and trailer. First year production run complete with all brochures, window sticker, and production letter from Chrysler Corporation! 1997 was a low first year number of cars produced with no cars built for the 1998 year. Reintroduced in 1999 for 4 more years but the original 1997 Prowler Purple cars are by far the most collectible with very limited units built! Now, the collectible part, THE TRUNK TRAILER!!! Under 1250 of these units were built with under 1000 believed to be left in existence!!! These units could very well be worth more than the Prowlers themselves!!! This one still has the original MSO meaning it has never been titled!!! This is truly a dream come true pairing with matching covers, front bra's for both (new in boxes), and (2) soft sided luggage bags included. Don't miss this opportunity to own a piece of Plymouth's history before their demise! -Vehicle is on consignment and at our clients home -Please Call First and talk to a rep at 231-468-2809 EXT 1 -Showroom is by appointment only Please Call -If you would like a FREE Listing please visit our consignment page or Call 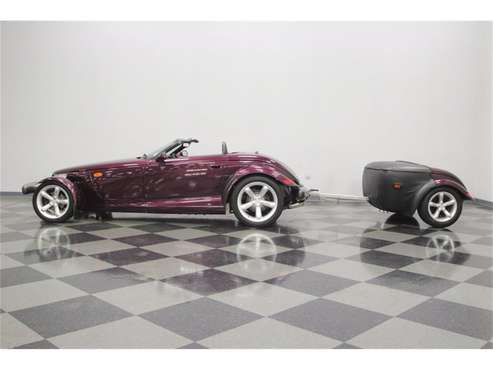 This is the car that started the factory built Retro craze. Before Chevy's SSR or HHR. Before the Retro T-Bird, Mustang, Camaro or Challenger. Chrysler engineers were given free rein to design a modern Hot Rod type of vehicle. They were inspired i... 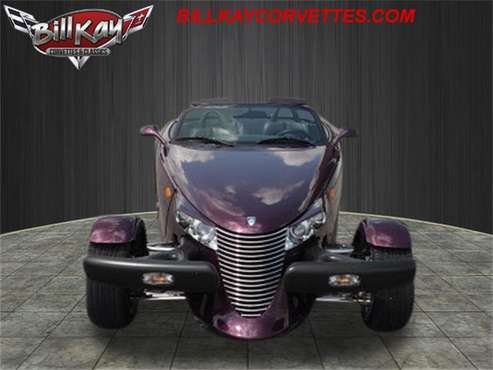 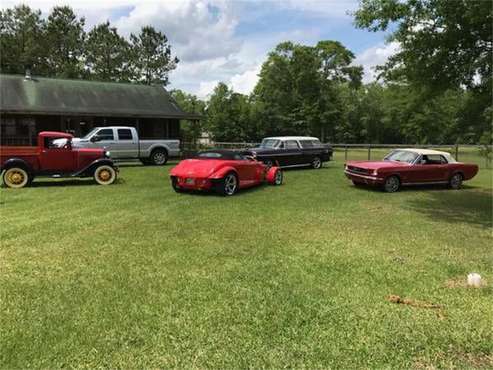 1999 Plymouth Prowler, has been garage kept its entire life with the first 15 years in a climate control building this car has a lot of upgrades to include no front or rear bumper. The rear bumper has an entire new piece where the bumpers use to b... 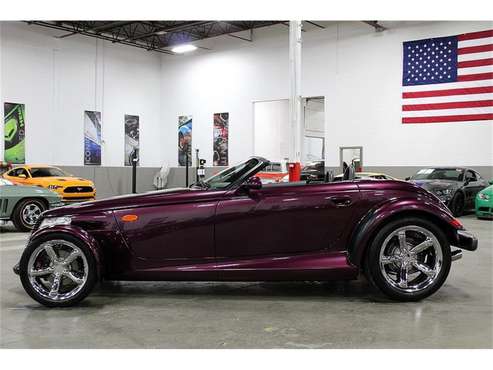 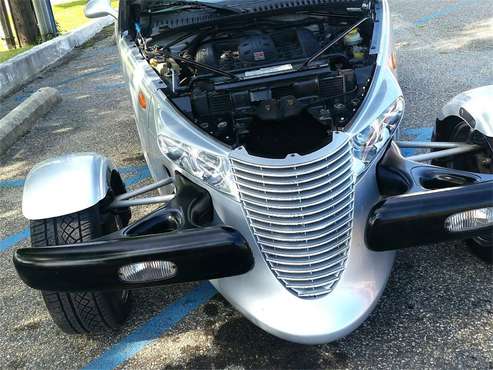 Just arrived 2001 Prowler Convertible Silver with a black Leather Interior in great condition in and out looks and runs GREAT!!! 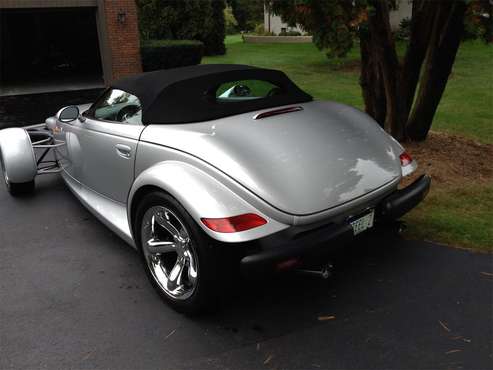 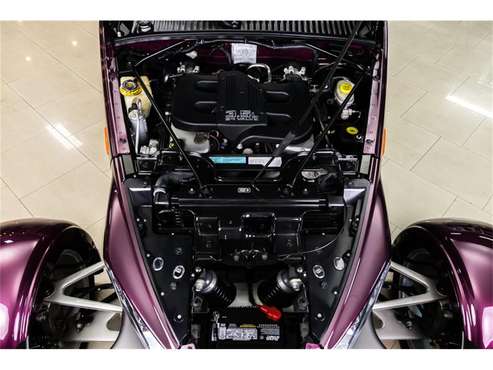 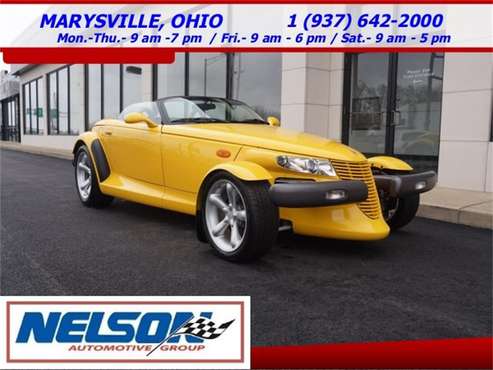 We are proud to offer this 2-Owner 1999 Plymouth Prowler 2 DR Convertible that looks like a little hot rod looks as mean as possible and has a look that just draws you to it. Of course, these Prowlers were designed to resemble the old HOT ROD look...