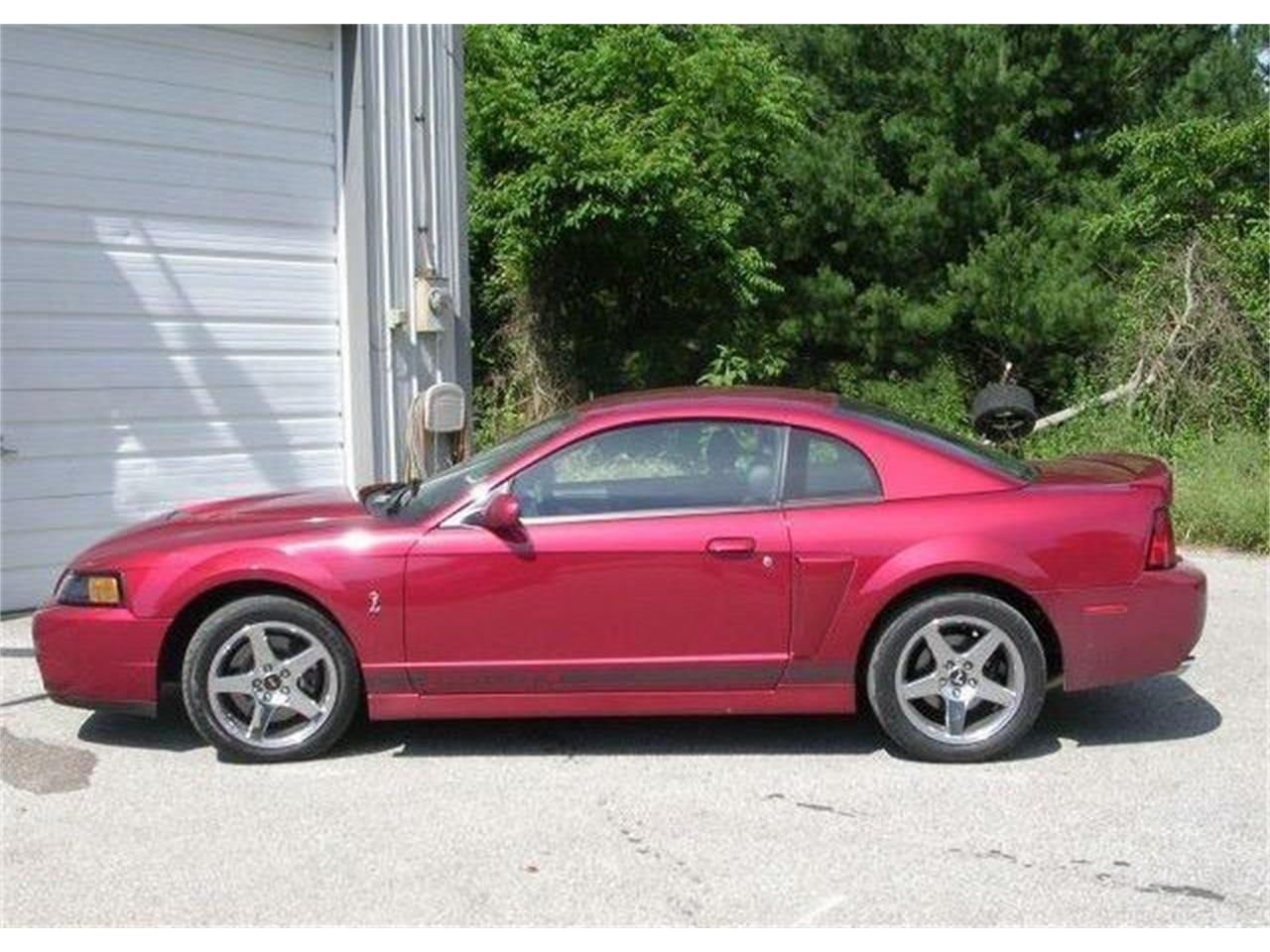 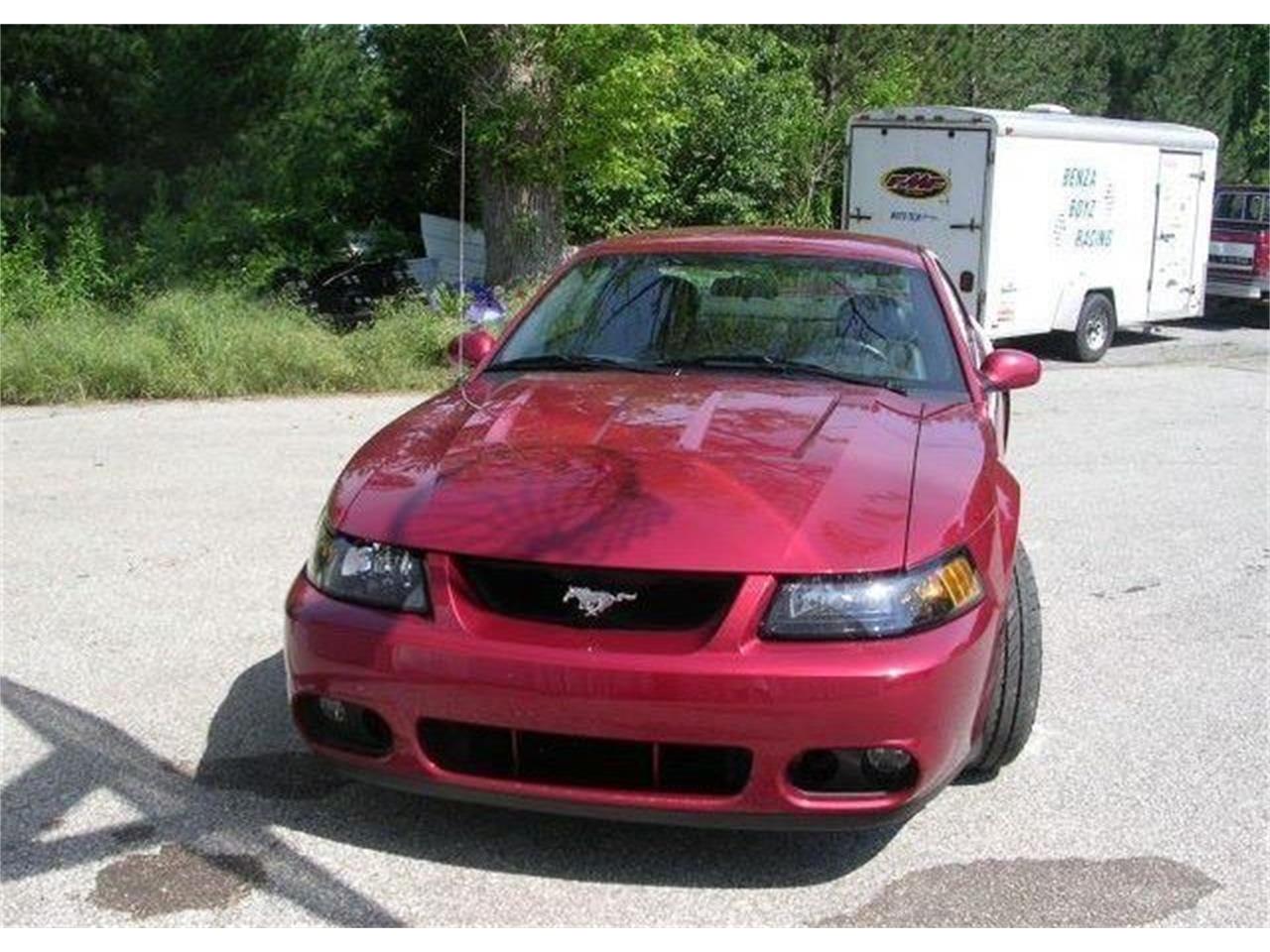 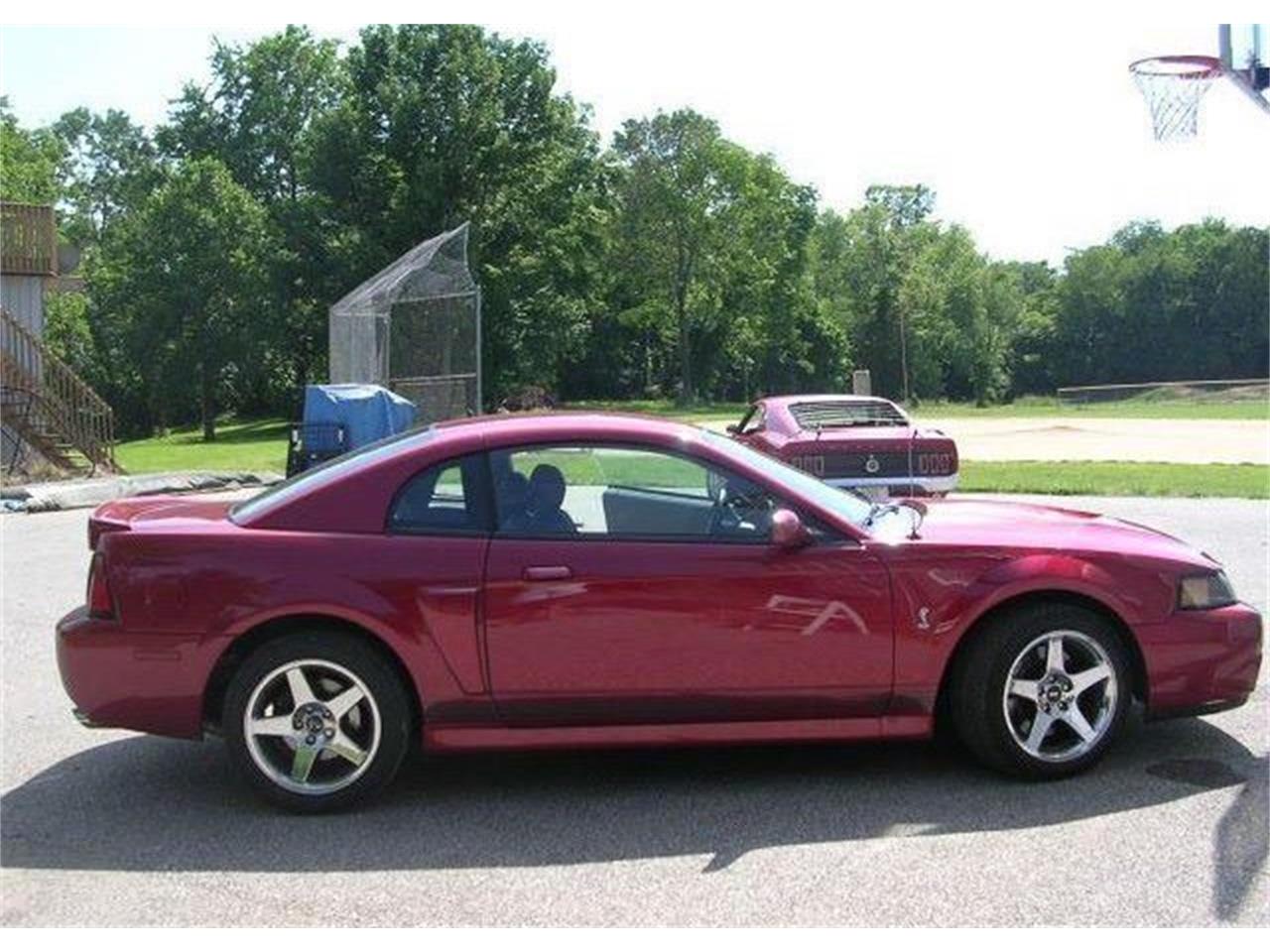 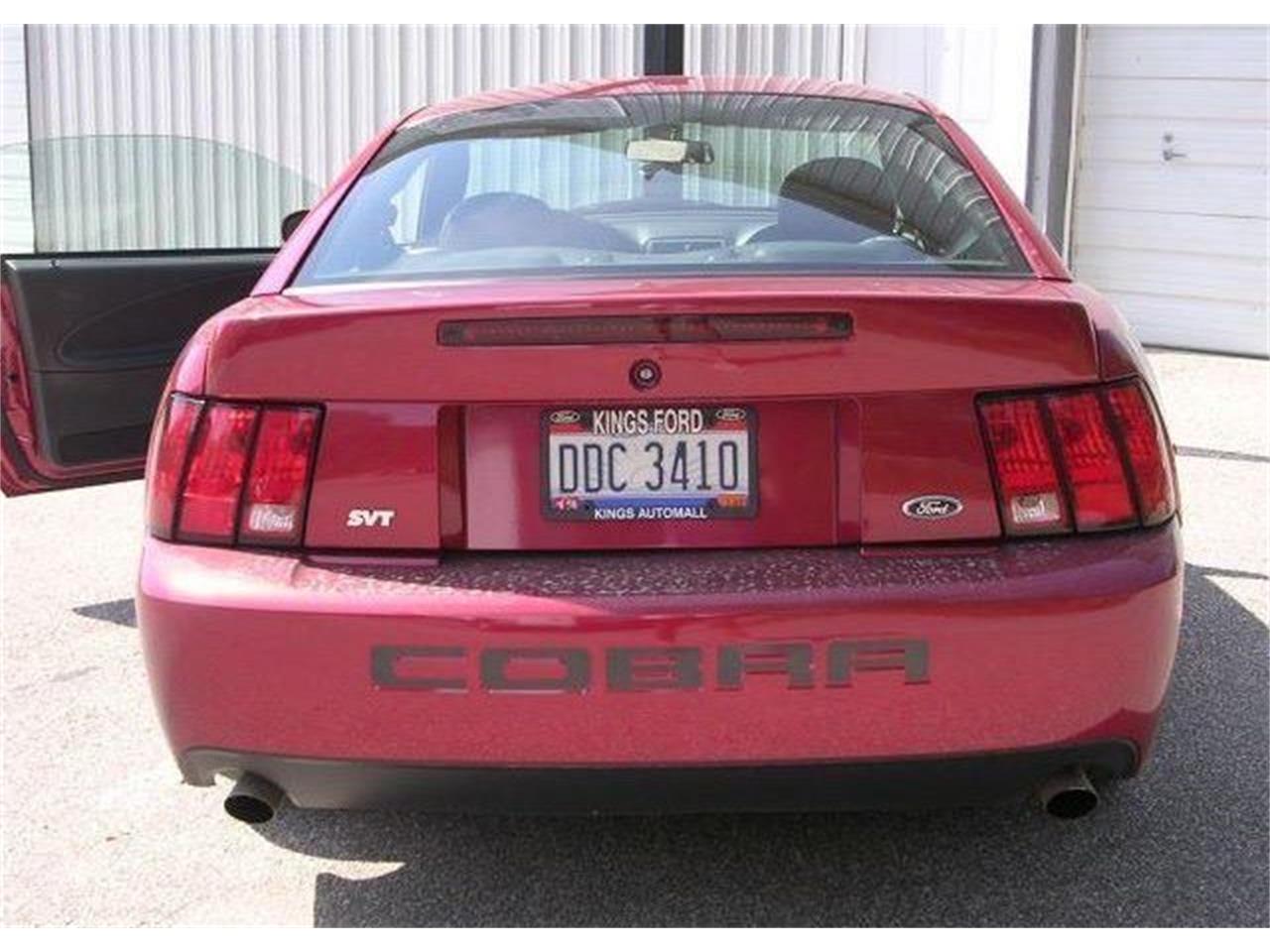 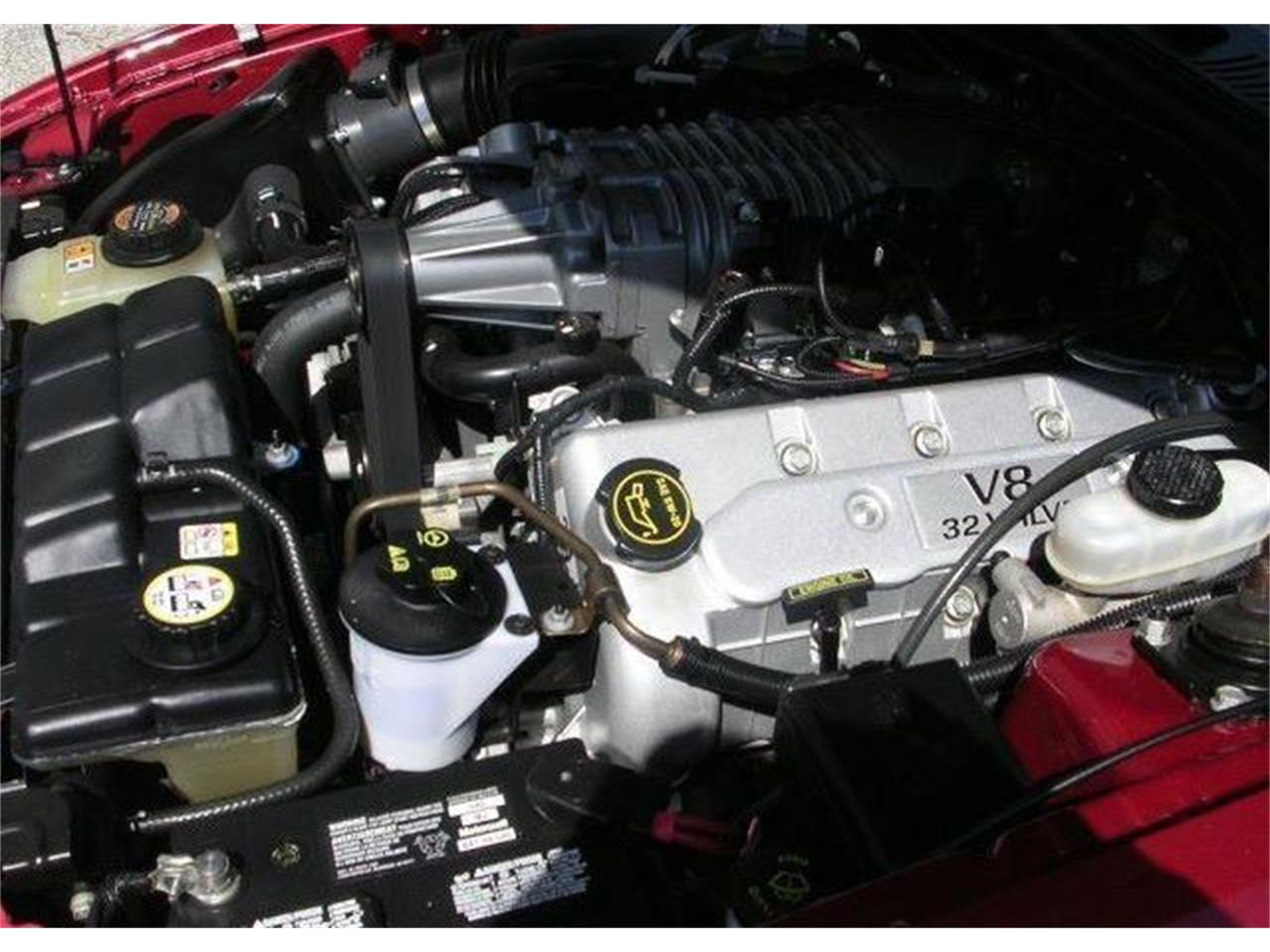 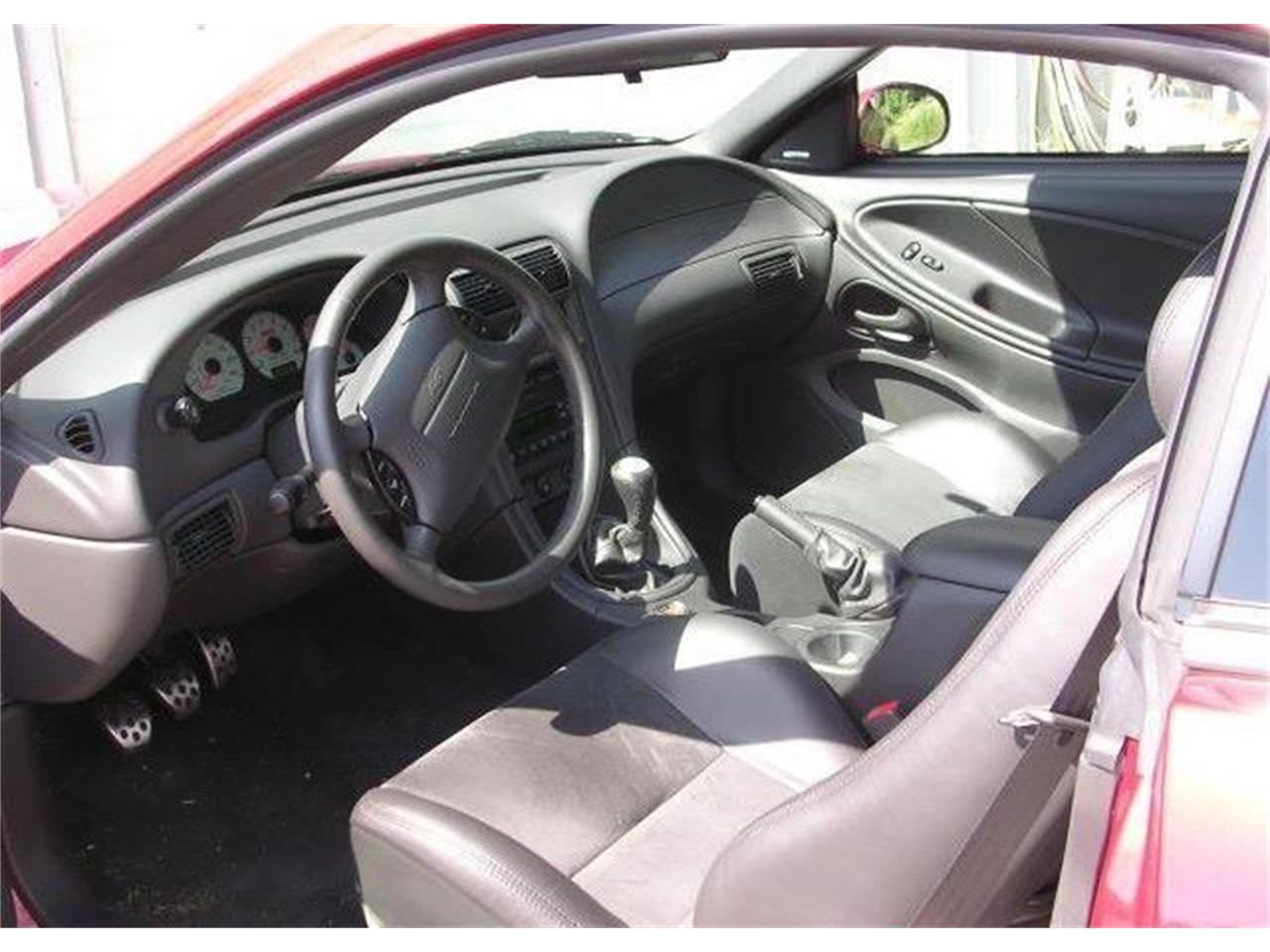 2004 Ford Mustang SVT Cobra SVTPurchased NEW August 2004. (from us) WE are the original owners. This is a true collectable and SHOW CAR. ALWAYS pampered, garaged and kept as perfect as possible. - RedFire ext., dark gray leather int, Loaded 6 speed, factory supercharged BEAST, Optional 17 inch chrome wheels, ONE OWNER, 3,600 MILES! Only 509 built in this color, spot-less, perfect like new, SHOW condition. All documentation including original factory window sticker IS included with the car. Any stock parts are also included and easily bolted back on car. The car has had a dyno tune, air intake and pulley added to allow it to run as it was meant to from the factory. Its making about 450RWHP now and this is with a CONSERVATIVE tune setup! WOW, what a great car and great investment. Debuting in early 2002, the 2003 Cobra (code-named Terminator by the SVT development crew, and quickly fell into common usage for the 2003/04 Cobra), came with a supercharged 4.6 L DOHC engine. Numerous improvements were made to the powertrain and driveline to handle the increase from the previous model year. A cast-iron block was used instead of aluminum, with stronger internals, including forged Zolner pistons and Manley H-beam connecting rods that were modified with a wrist pin oiling hole by the SVT engine builders. These upgrades were critical in order to support the 8 psi (0.55 bar) of boost delivered from the stock Eaton M112 roots supercharger. Other improvements include the use of an aluminum flywheel connected to a Tremec T-56 six-speed transmission, 3.55:1 rear axle ratio and stronger 31 spline half shafts with revised upper and lower control arms. These modifications launched the Cobra from 0-60 mph in 4.5 seconds and the quarter mile in the high 12's at over 110 mph (180 km/h). Some have gone as low as 12.4 seconds with a professional driver and good conditions in stock form. 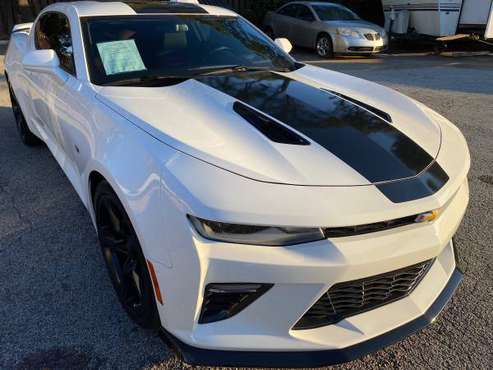 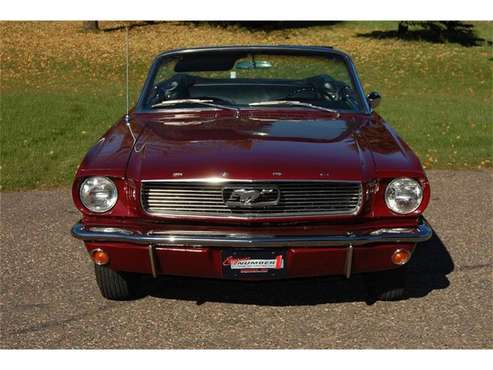 This 1966 Ford Mustang Convertible has a 289 V8 engine mated with a cruise-o-matic automatic transmission with 200 horsepower. This classic 'stang has factory power convertible top, factory gauges with full instrumentation, and factory AM pushbutt... 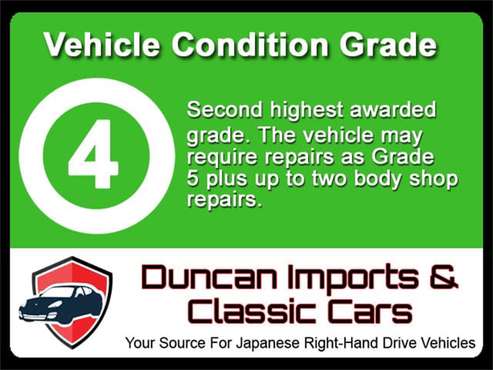 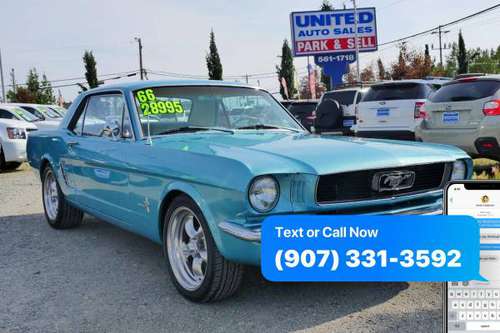 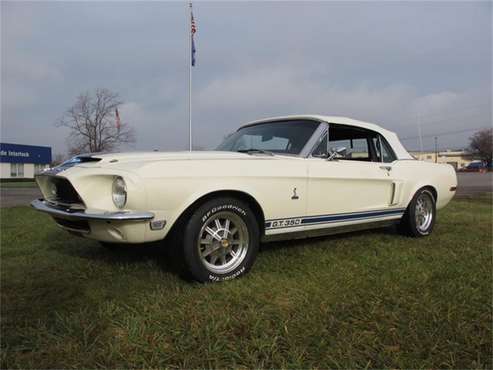 1968 Mustang Convertible "Shelby GT350" Tribute -Supercharged- 5 Speed A/C This is the one! Our seller has owned this Shelby "Tribute" ("Restomod"/"Re-creation") since it was built in California about 6 years ago. With his busy work schedule he ha... 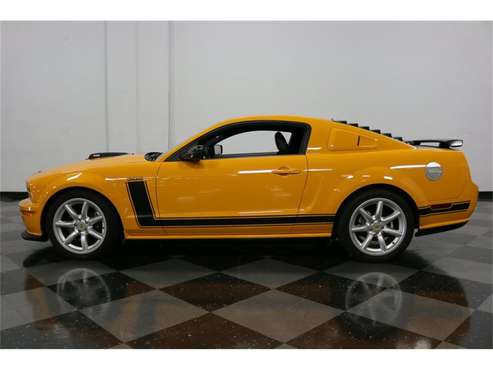 Upon first glance, its enhanced fifth generation Mustang form is easily recognizable, and yet still leaves the unmistakable impression that it's no ordinary externally modded specimen of its breed. It certainly isn't. This 2007 Ford Mustang Saleen... 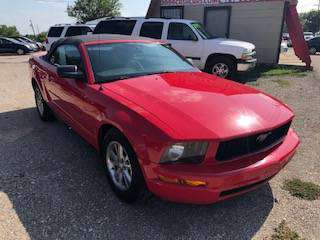