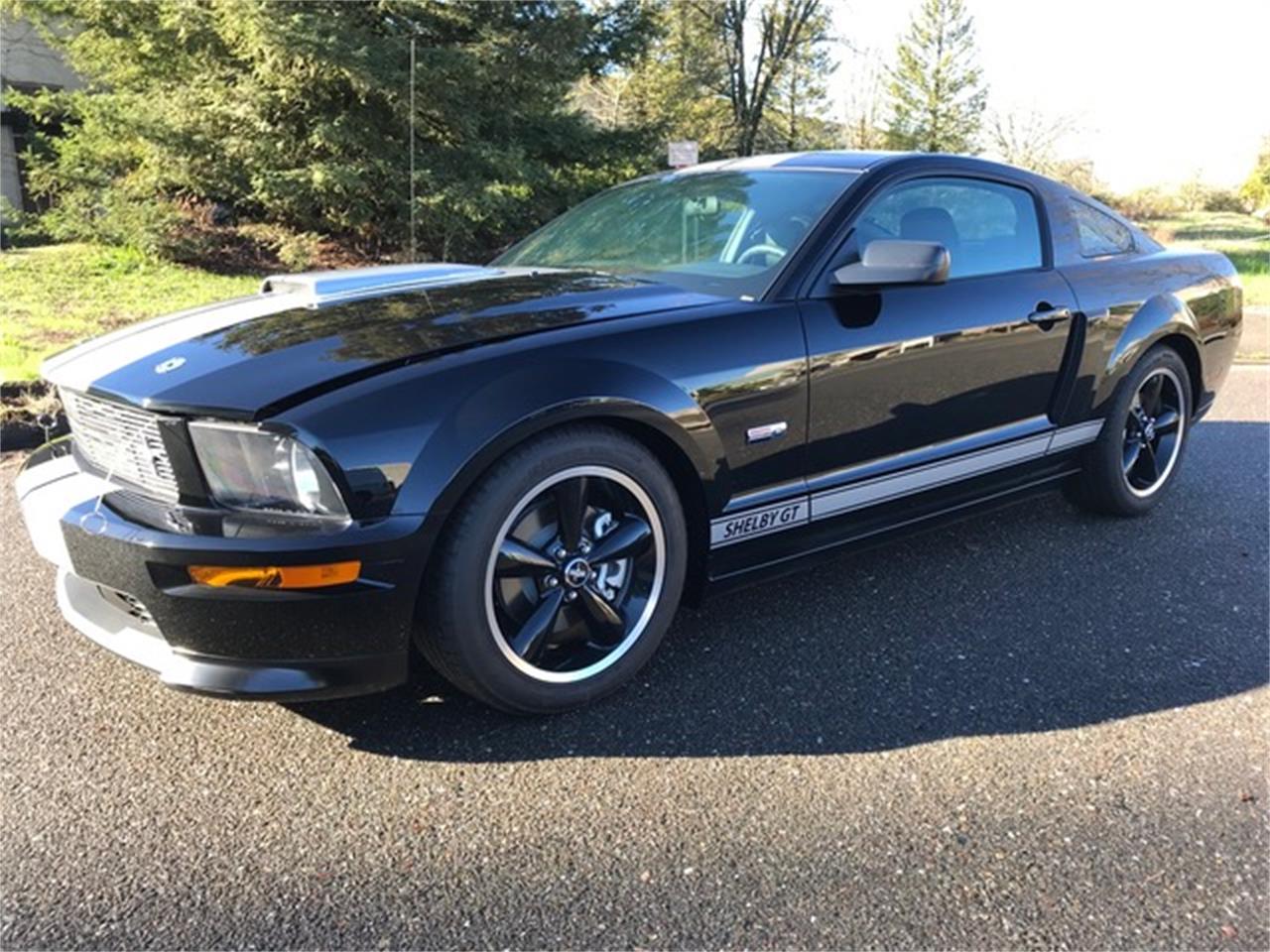 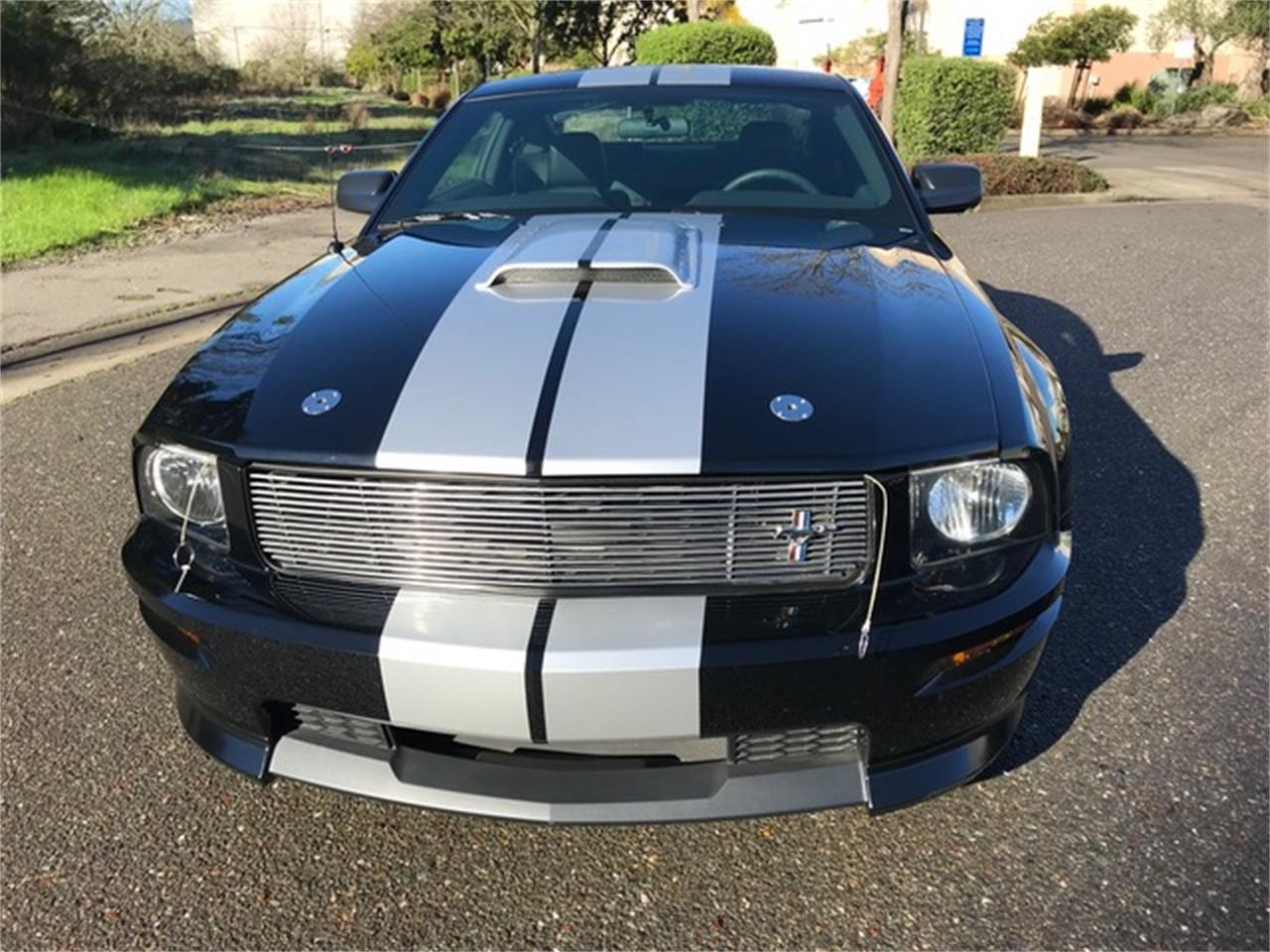 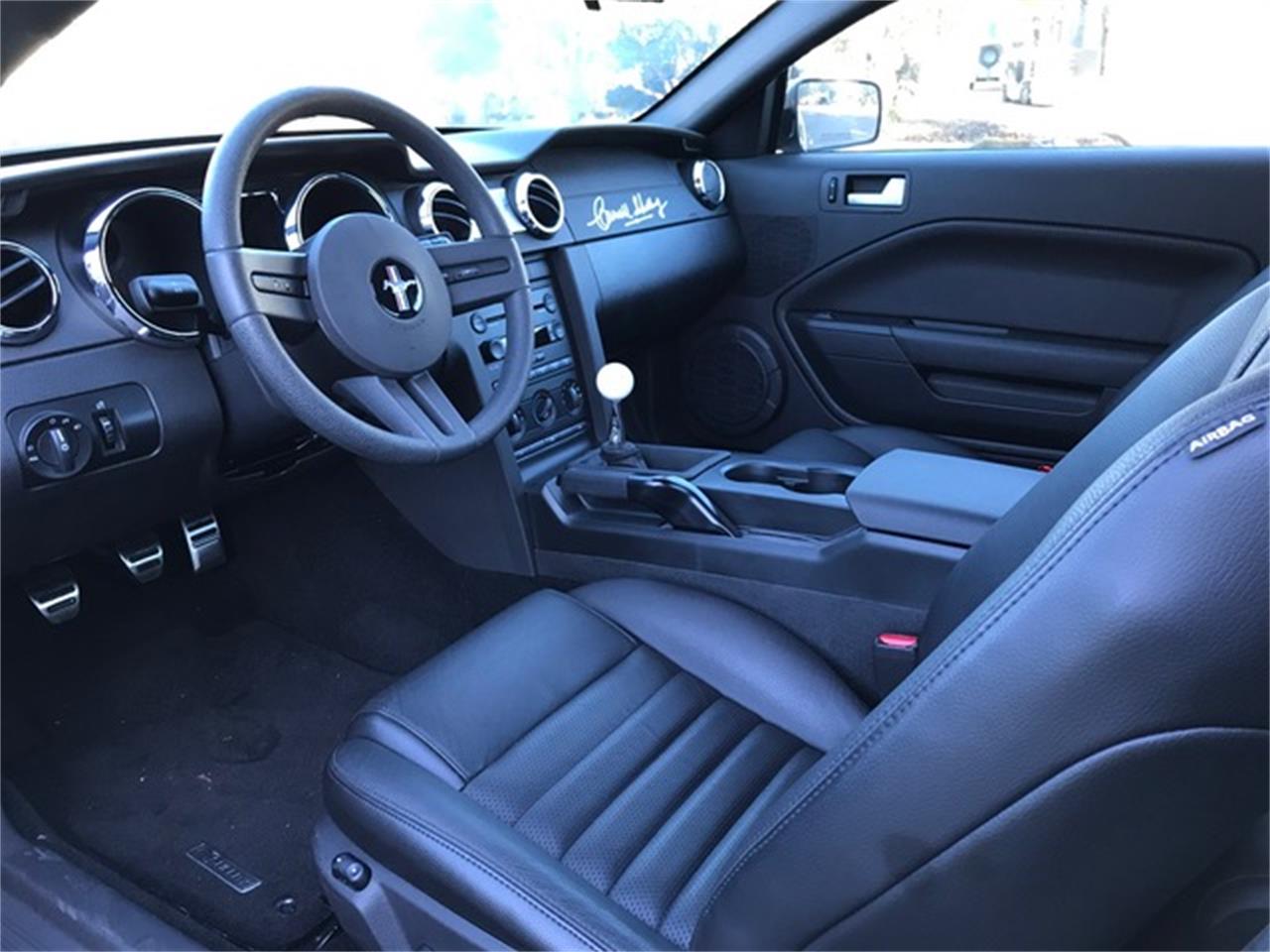 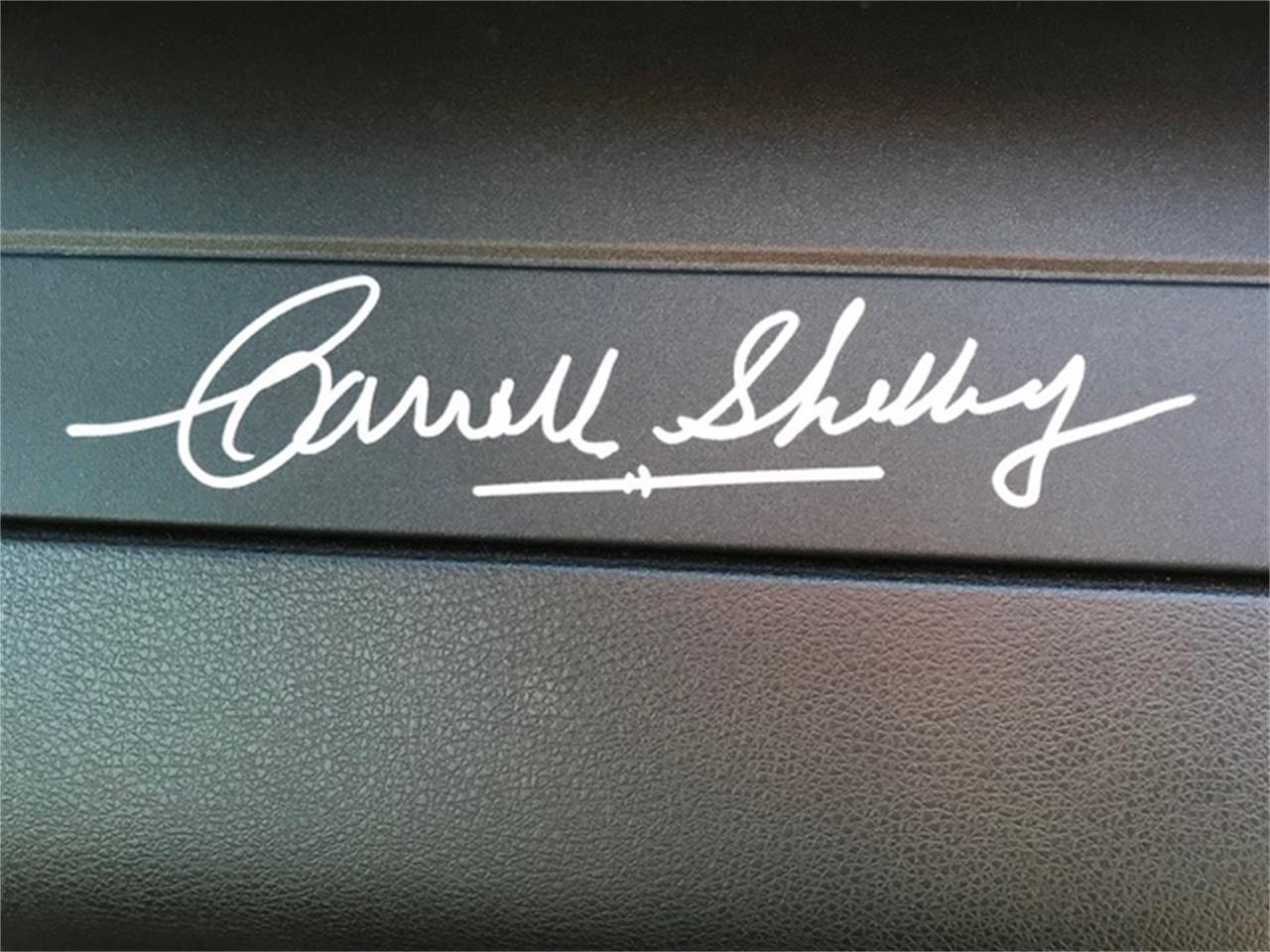 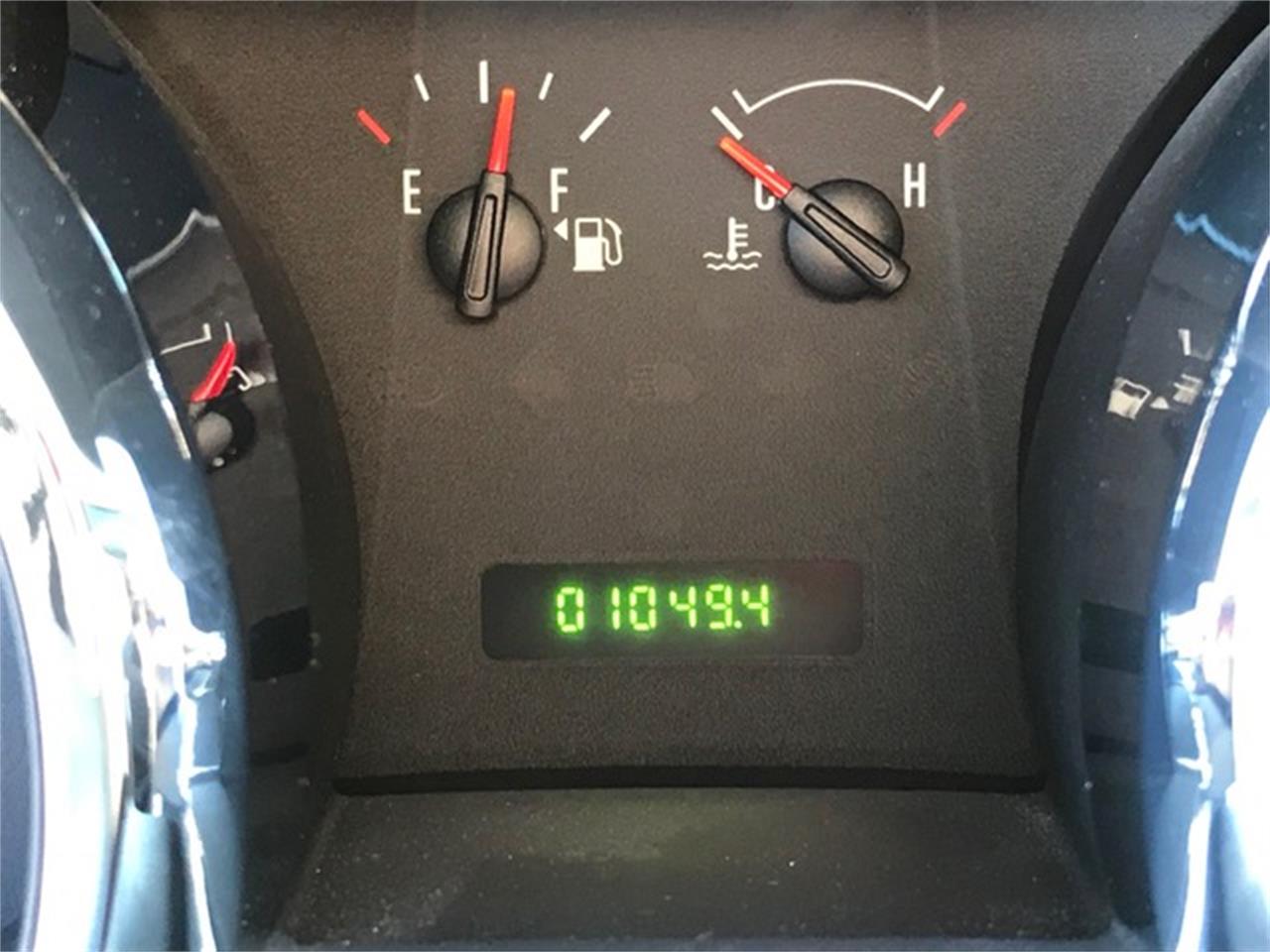 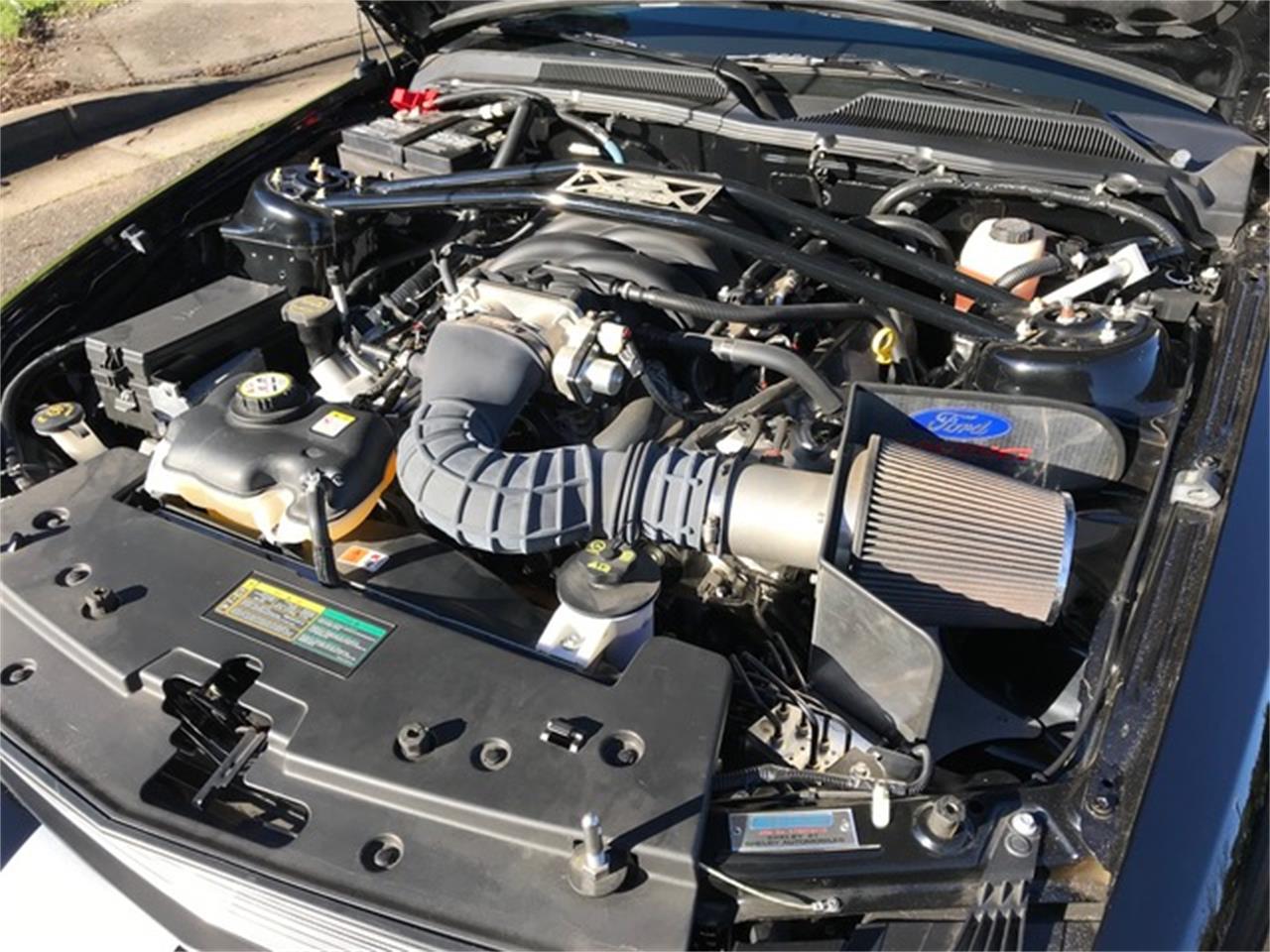 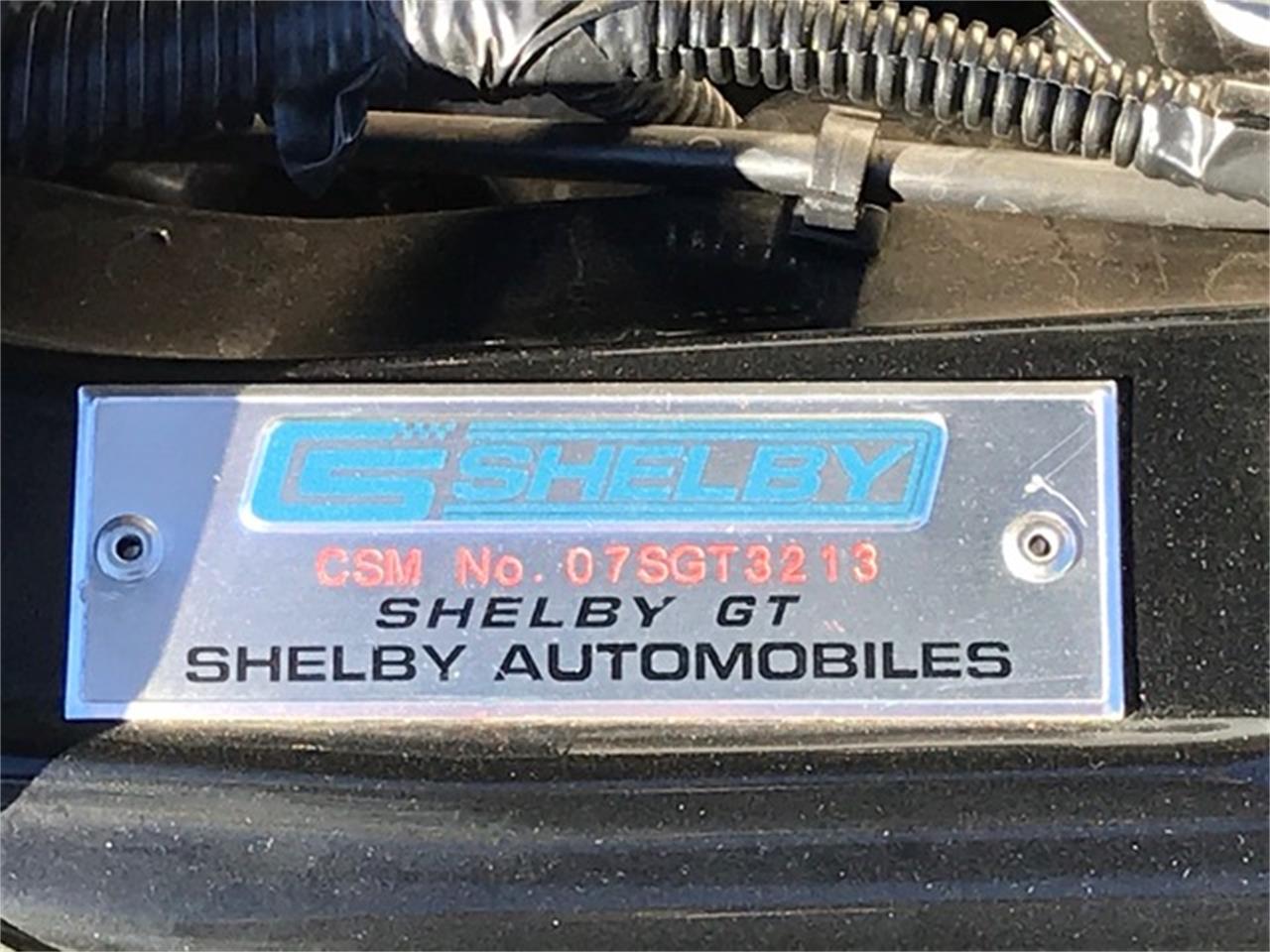 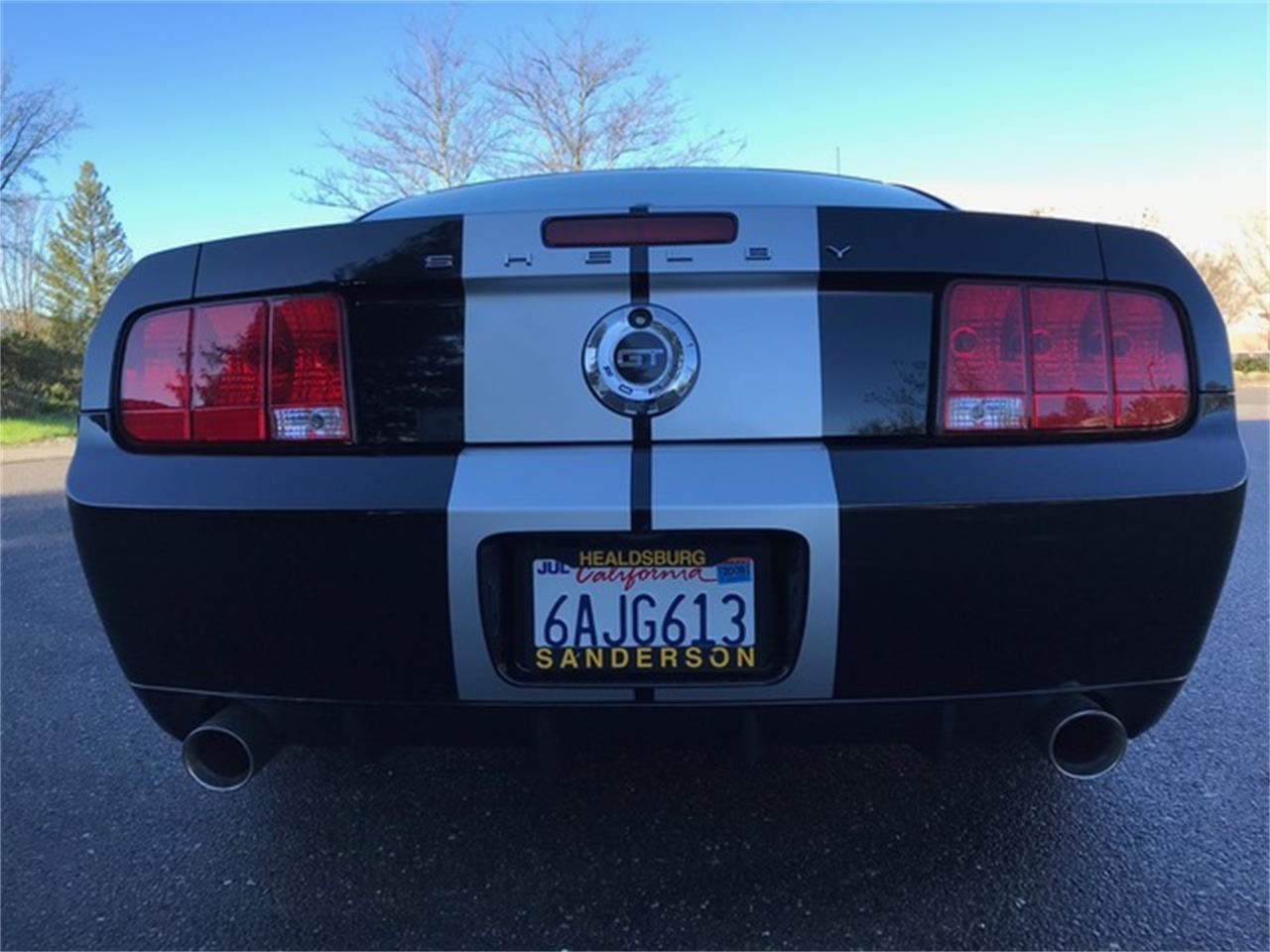 Make: Ford Model: Shelby Mustang GT Type: Coupe Details: CSM07SGT3213 Engine: V8 Transmission: Manual Mileage: 1050 This 2007 Ford Mustang is a Shelby GT model which shows 1050 original miles on its 4.6-liter V8 and 5-speed manual transmission. Starting out as standard Mustang GTs, these cars were sent by Ford to Shelby Automobiles in Las Vegas for cosmetic enhancements and performance upgrades as detailed below. This example was ordered to the seller’s specifications when new, but has been driven little since due in part to a desire to keep it out of inclement weather. Its sale includes the original window sticker, a clean Carfax report, and a clear California title. The Shelby GT was available in either white or black under silver racing stripes for 2007. Shelby cosmetics include a deeper front air dam and three scoops along with deletion of the rear spoiler equipped on the standard Mustang GT. A Shelby billet lower grill and hood pins were added by the seller and are said to be the car’s only modifications. Stock chrome 18” 5-spokes wear their original BF Goodrich rubber according to the seller. The two-tone interior features cloth seats with mustang-themed inserts, aluminum pedals, and a factory Hurst short-throw cue ball shifter. Chrome-ringed gauges include a digital odometer reportedly showing just 1,050 miles. The Shelby-signed center stack is home to a factory Shaker 500-watt stereo. Ford’s 4.6-liter V8 received a power upgrade package at Shelby including a cold-air intake, different ECU calibration, and a high-flow dual exhaust system with crossover piping. Output was increased over the standard Mustang GT to 319 horsepower and 330 lb-ft of torque when new. Power is sent to a short-ratio solid rear axle via 5-speed manual gearbox. The battery was replaced in fall 2016 and service records are available from new through the most recent oil change, which took place in spring 2017. The Shelby GT also came with a handling package consisting of different shocks, stiffer lowering springs, a front strut tower brace, and upgraded sway bars. Several underbody photos are provided, with the seller pointing out surface rust that has developed on some suspension components. The Carfax report appears to confirm the low mileage and shows no accidents, thefts or other issues. The seller notes that a driver-side airbag recall has been completed, while the passenger side recall noted on the report remains outstanding due to unavailable replacement parts. The car’s original window sticker is included in the sale along with photos showing its delivery to the dealership and all markings prior to the post-delivery cleanup. 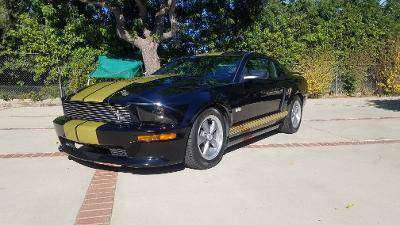 2006 Shelby GT-H collaboration between Carroll Shelby, Ford Motor Co. and Hertz Rental Cars. This was to celebrate 40th anniversary of the original Shelby-Hertz Rental Cars from 1966. There were 500 examples of these cars produced for the Hertz Re... 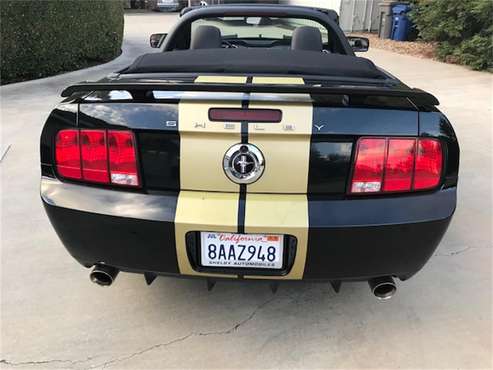 2007 Ford Shelby GT-H In 2006, Ford released the Shelby Mustang GT-H, a modern-day interpretation of the 1966 Shelby Mustang G.T.350H Rent-A-Racer. Like its predecessor, the GT-H was available exclusively as a rental car at select Hertz rental ag... 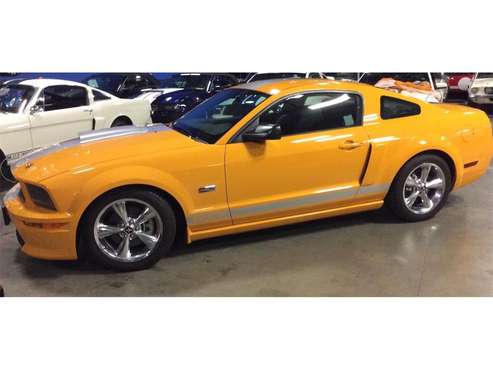 All 2008 Shelby Mustang GT (California Edition) cars were painted Vista Blue - almost. A limited number (215) were Grabber Orange and all were sent to California. This original/one-owner GT-CS was purchased in Northern California and has never lef... 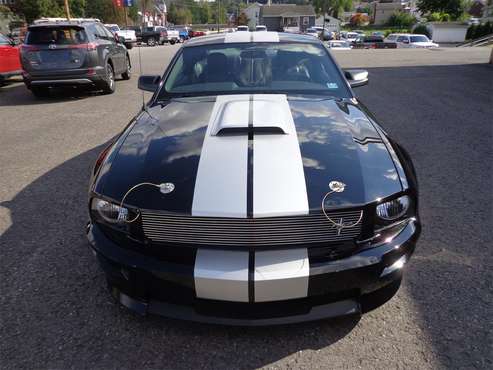 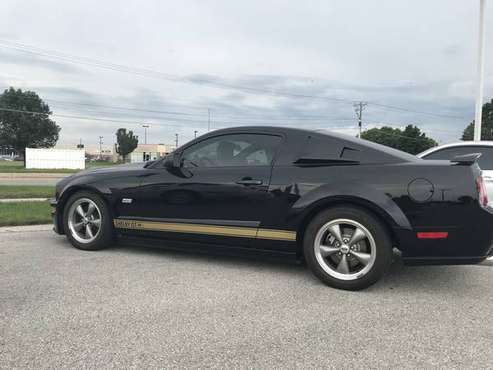 2006 Shelby GT-H Mustang. Rare vehicle in excellent condition. 1 of only 500 produced in 2006. Black with gold stripes. A true collector car that should appreciate very well in the years ahead. For those of you unfamiliar with the rarity of these ...