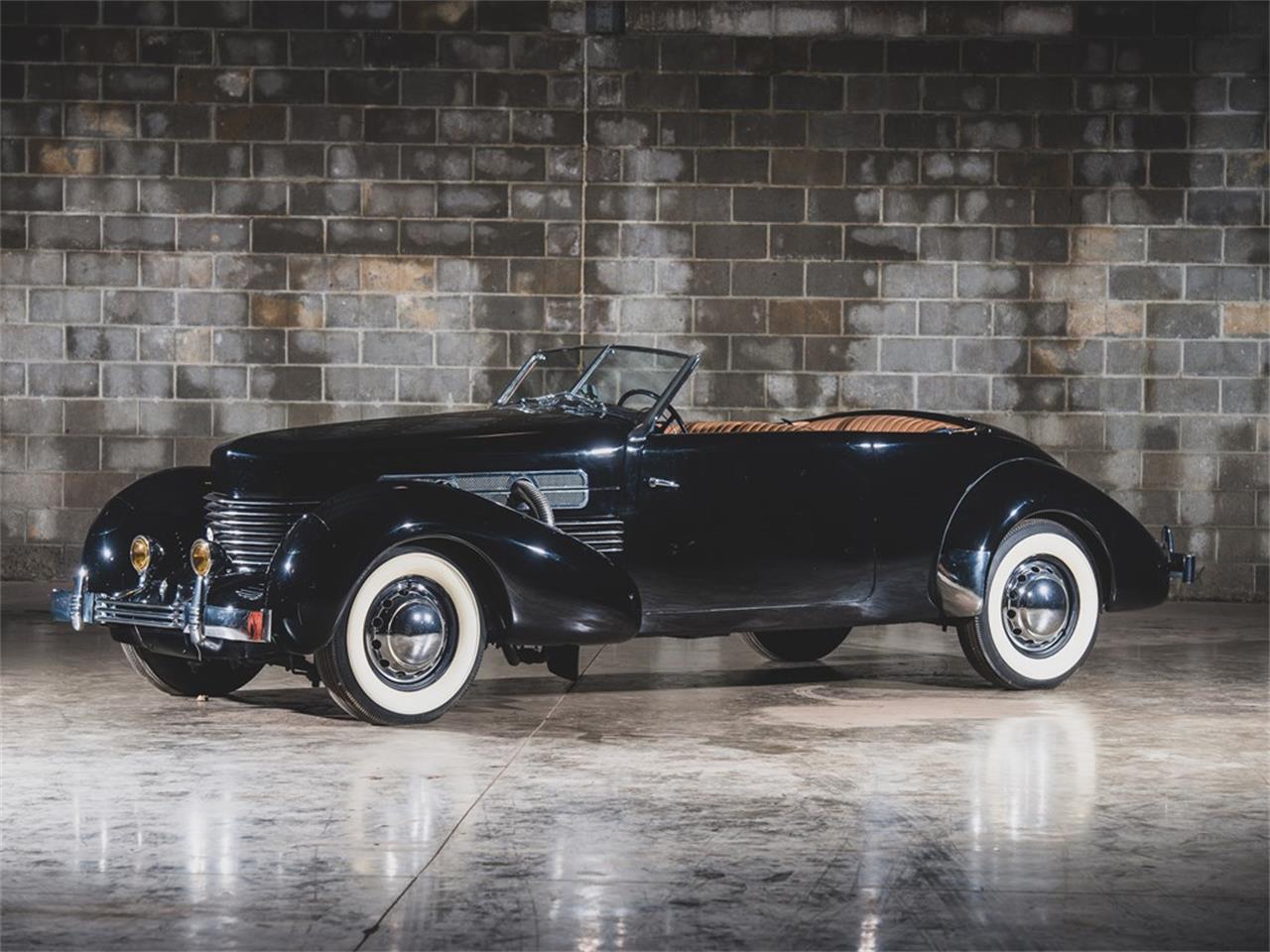 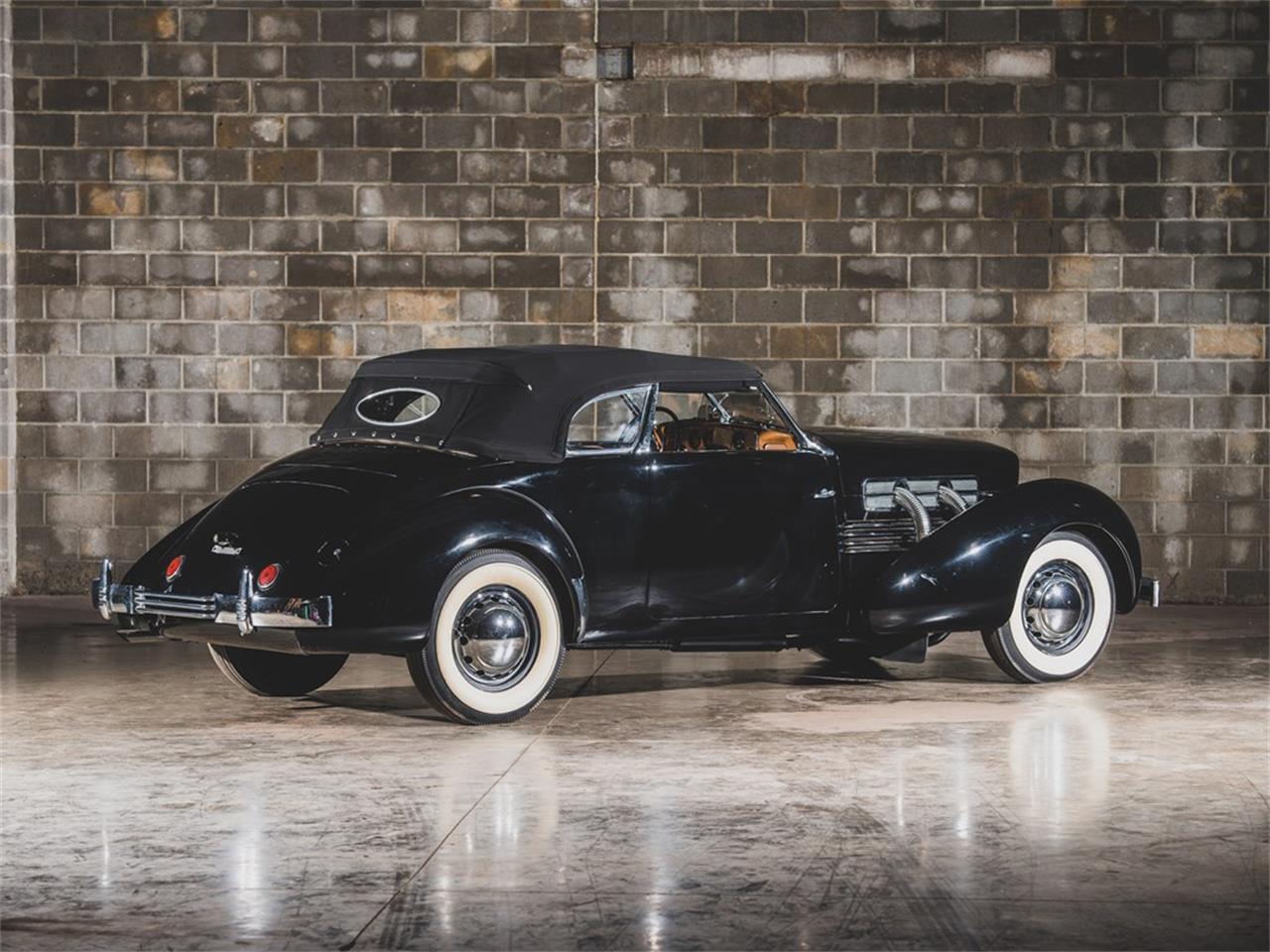 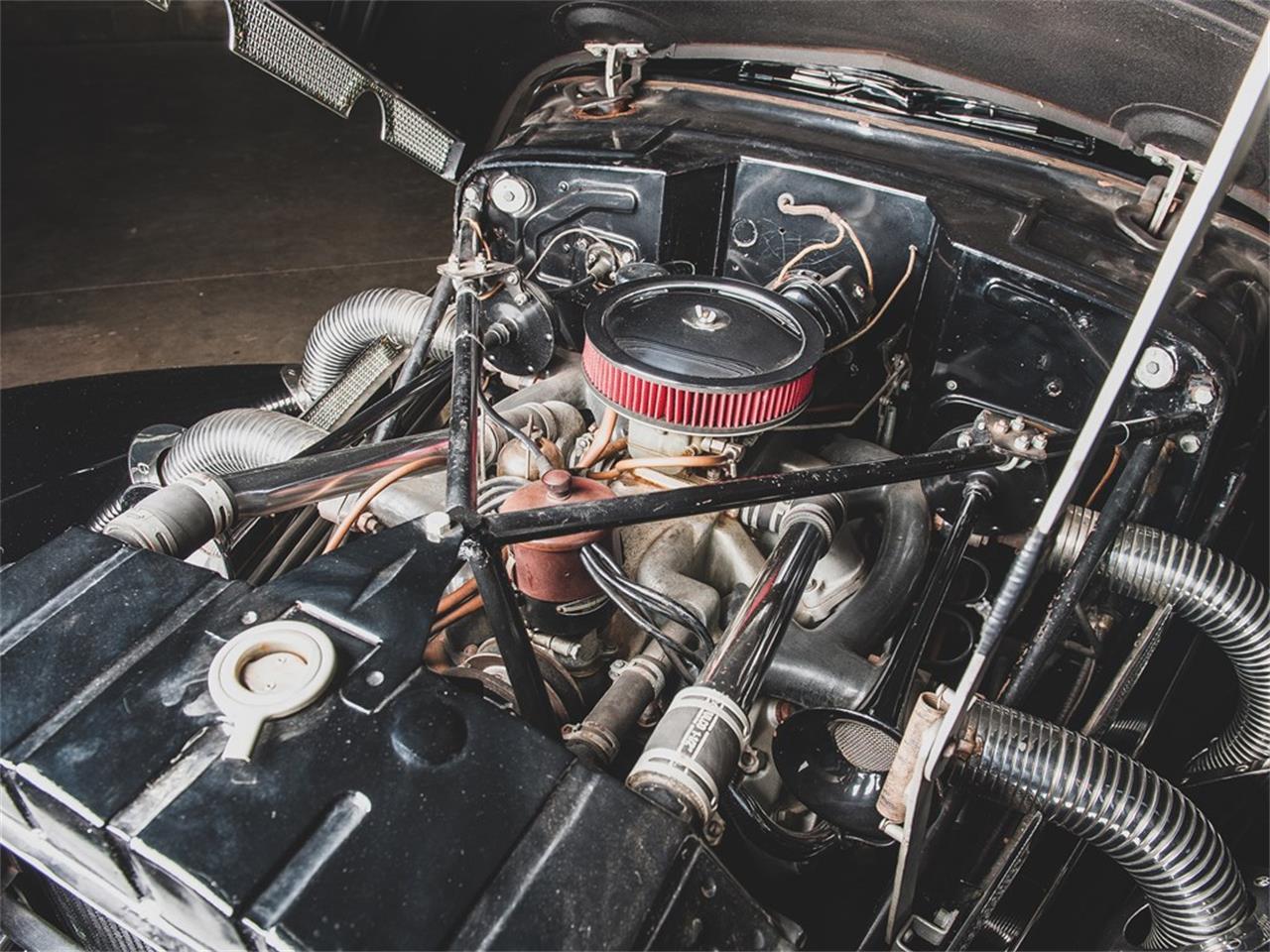 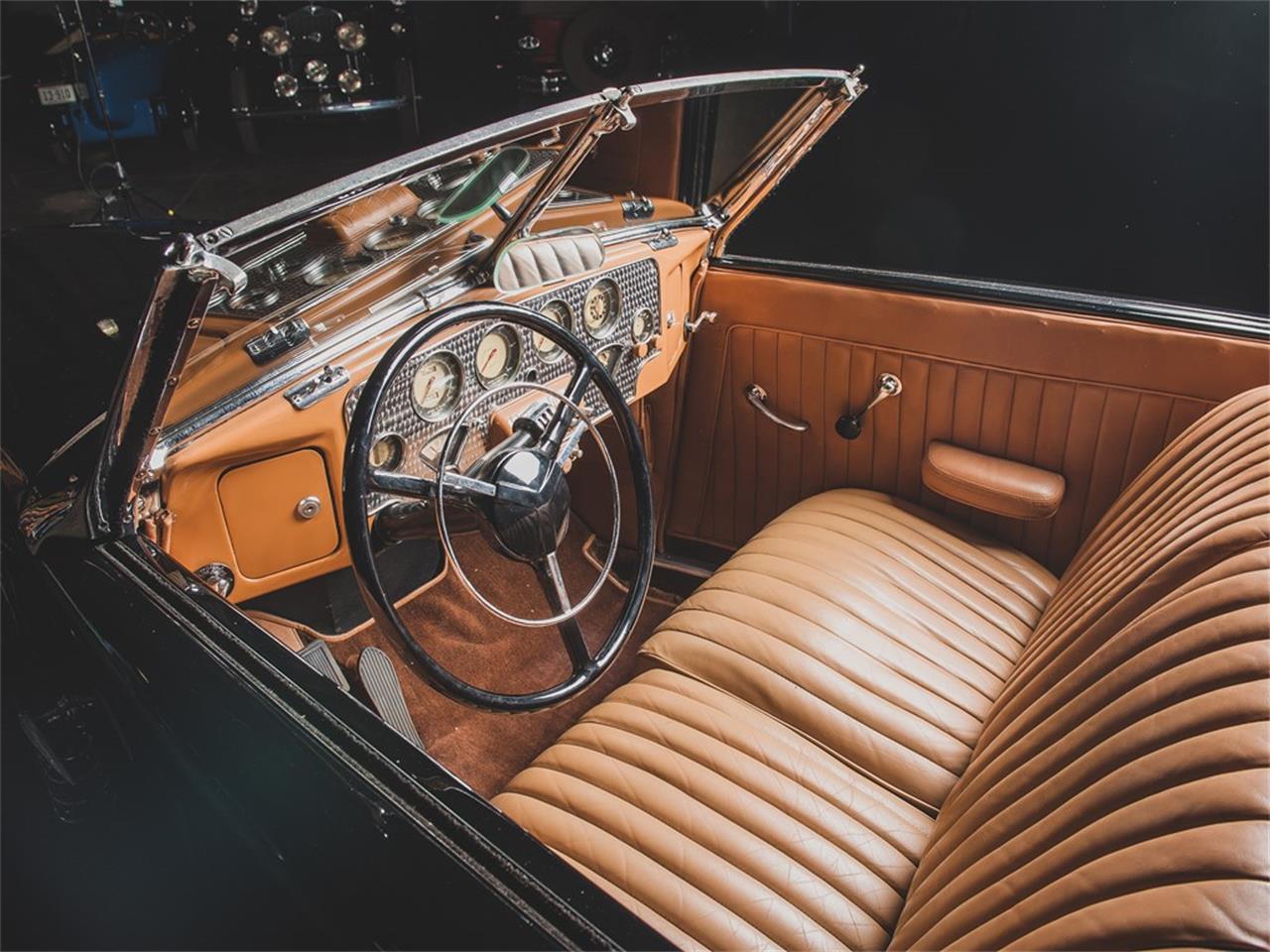 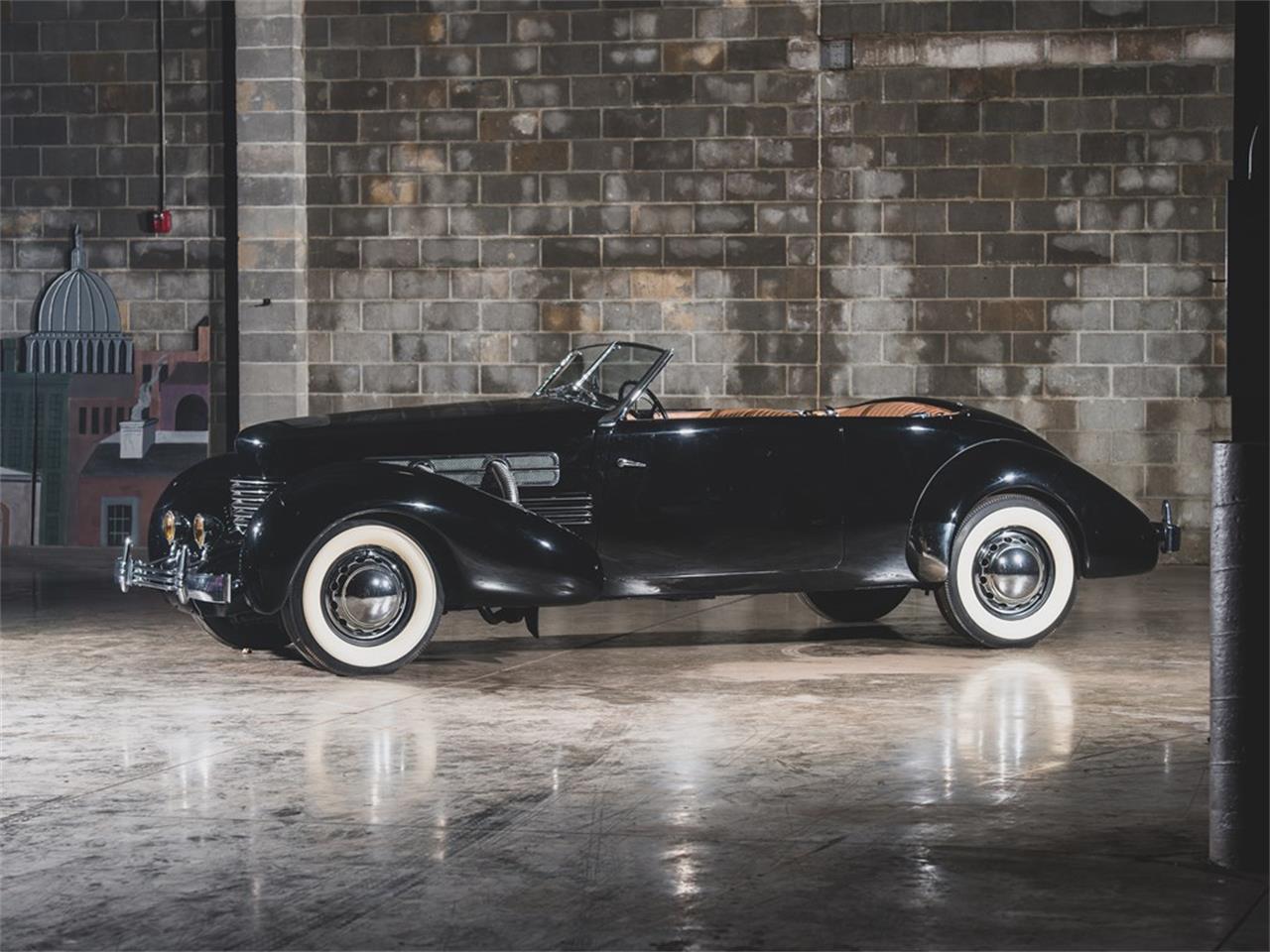 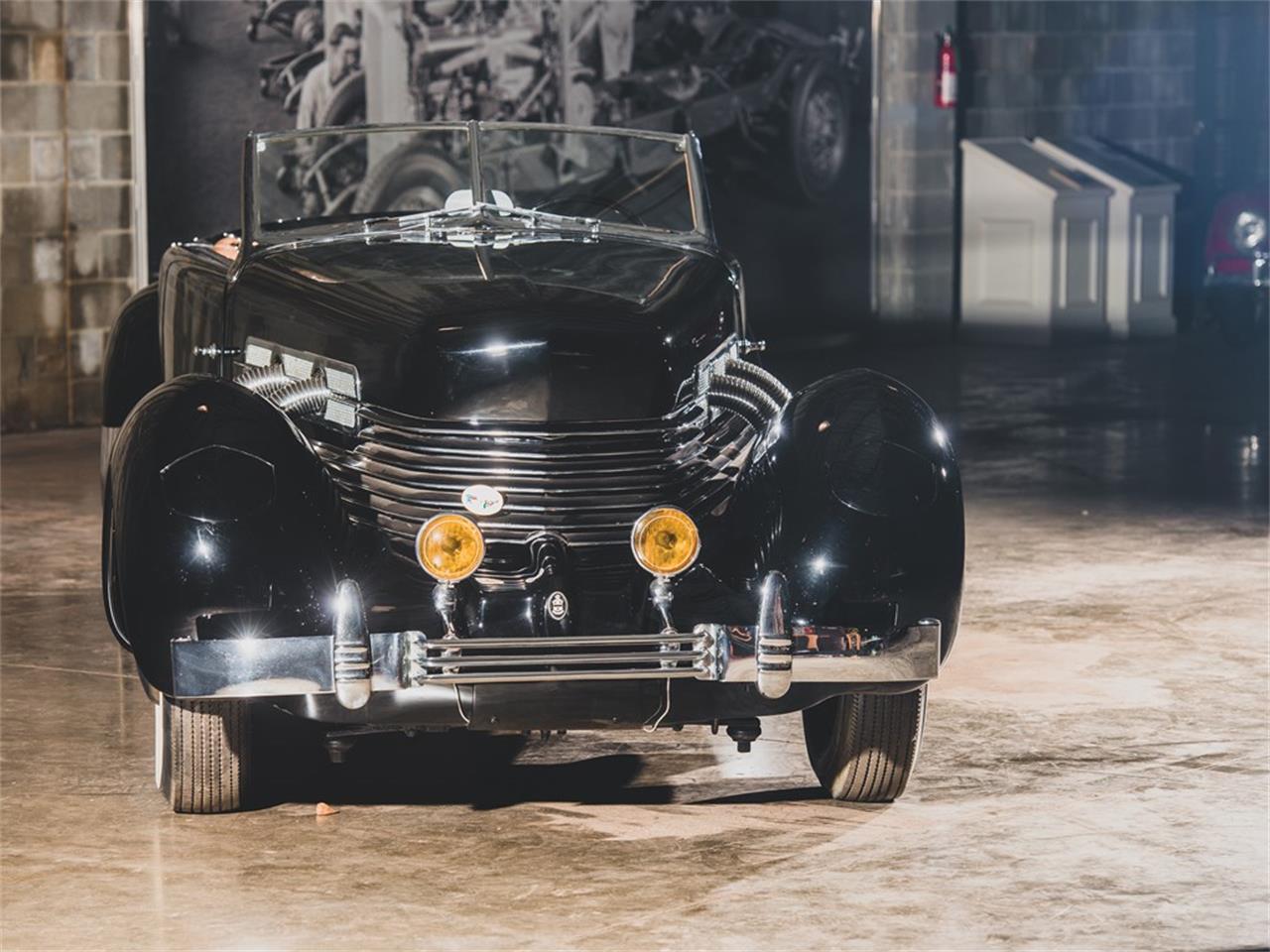 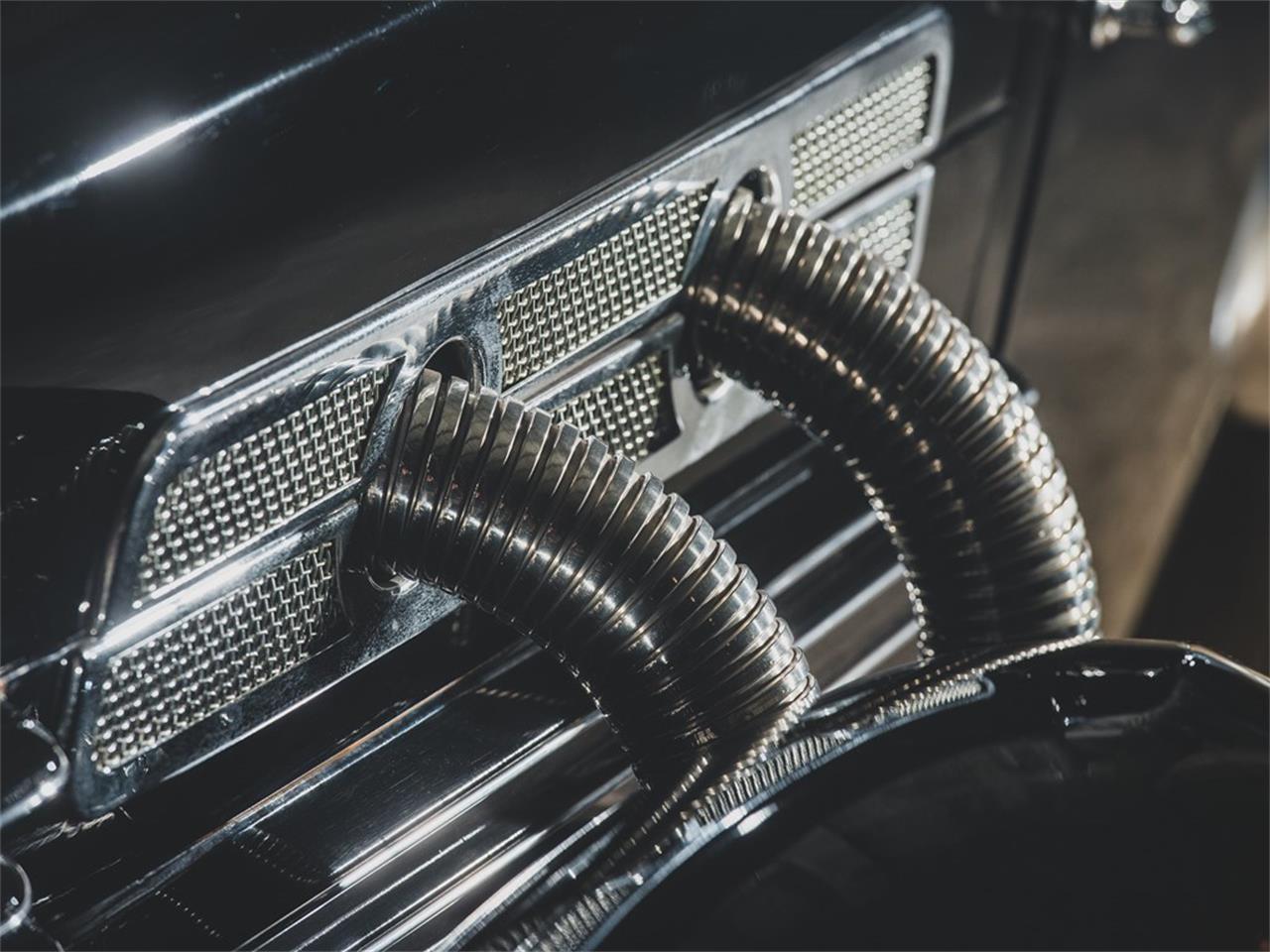 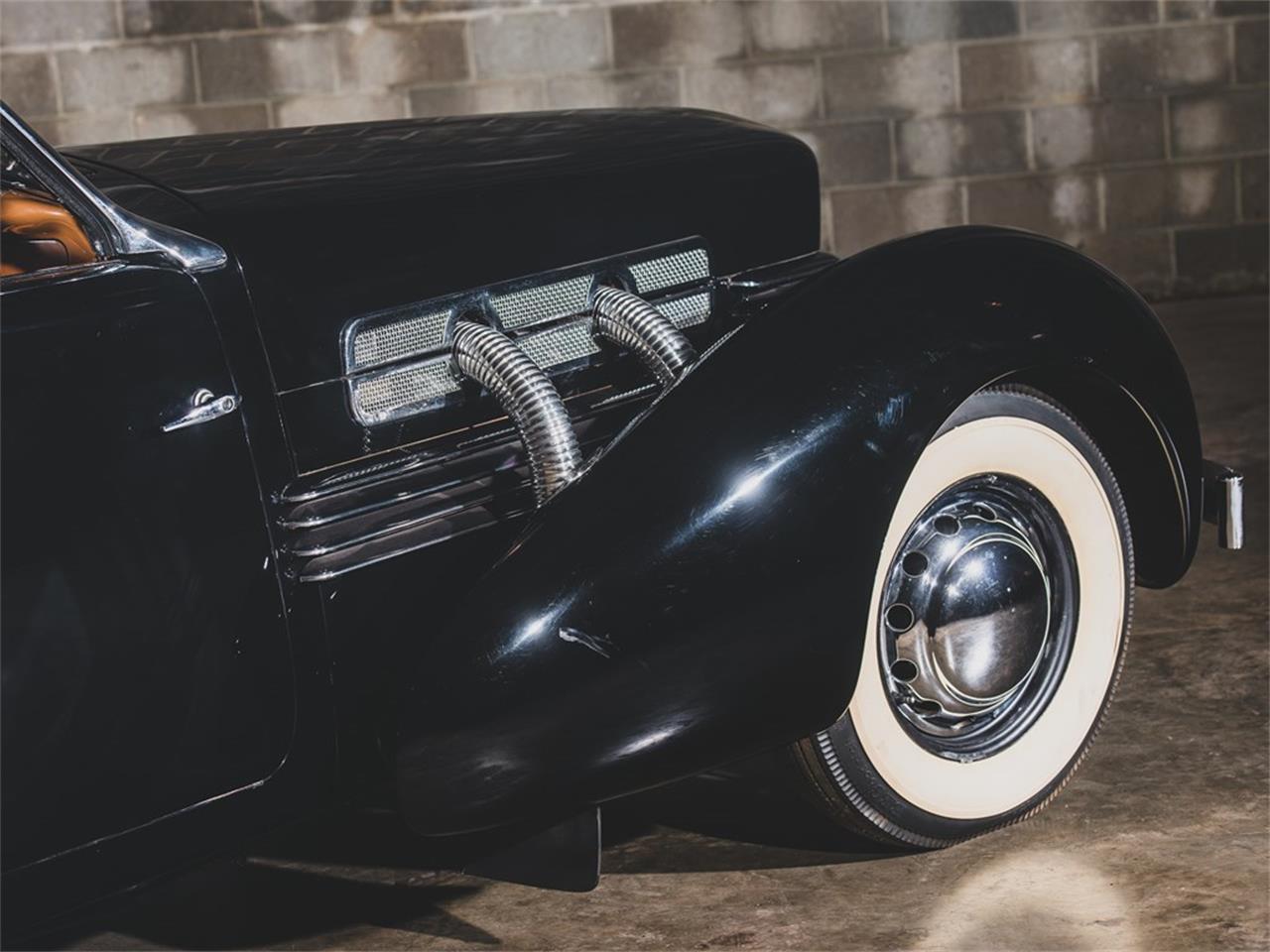 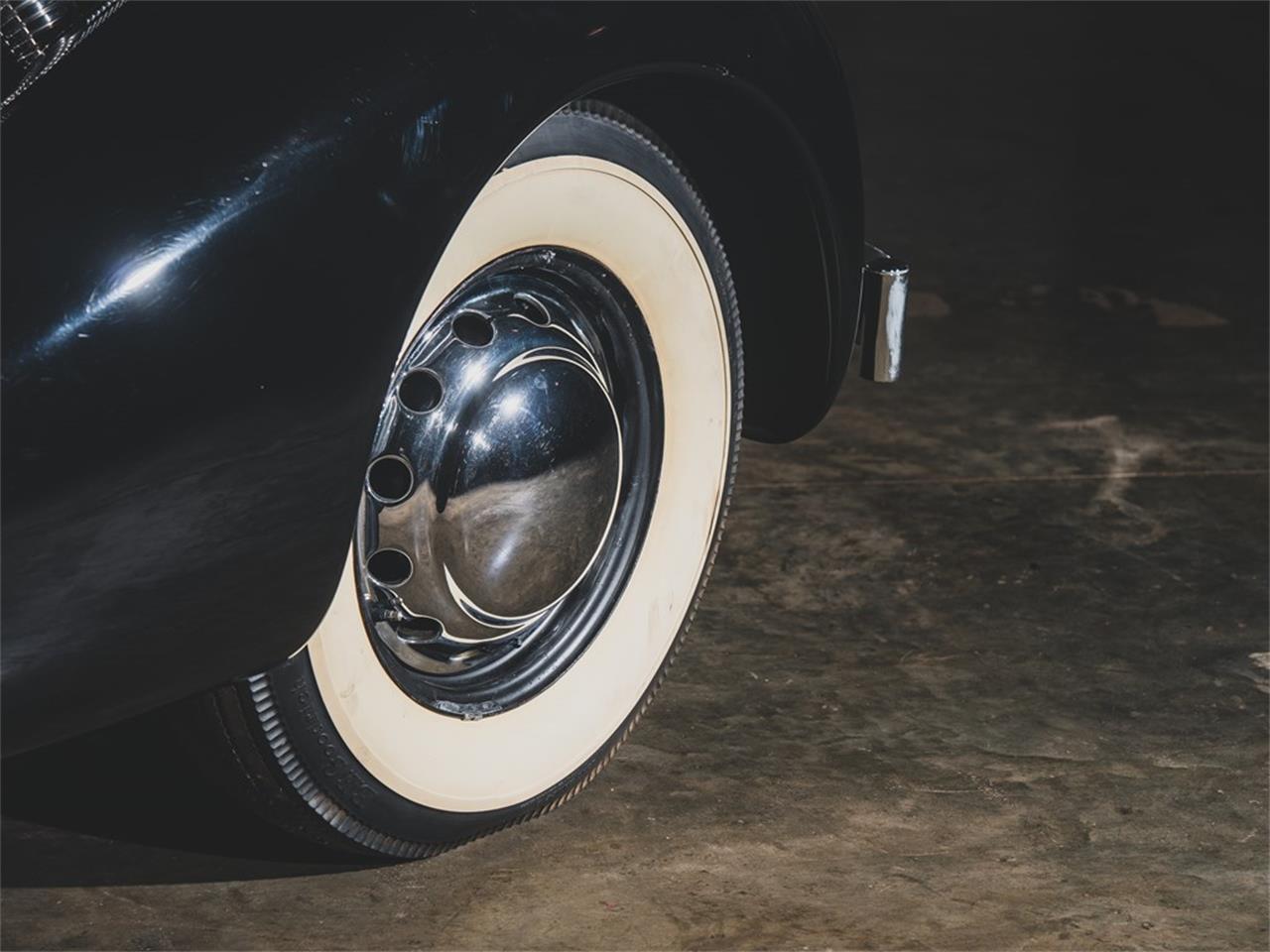 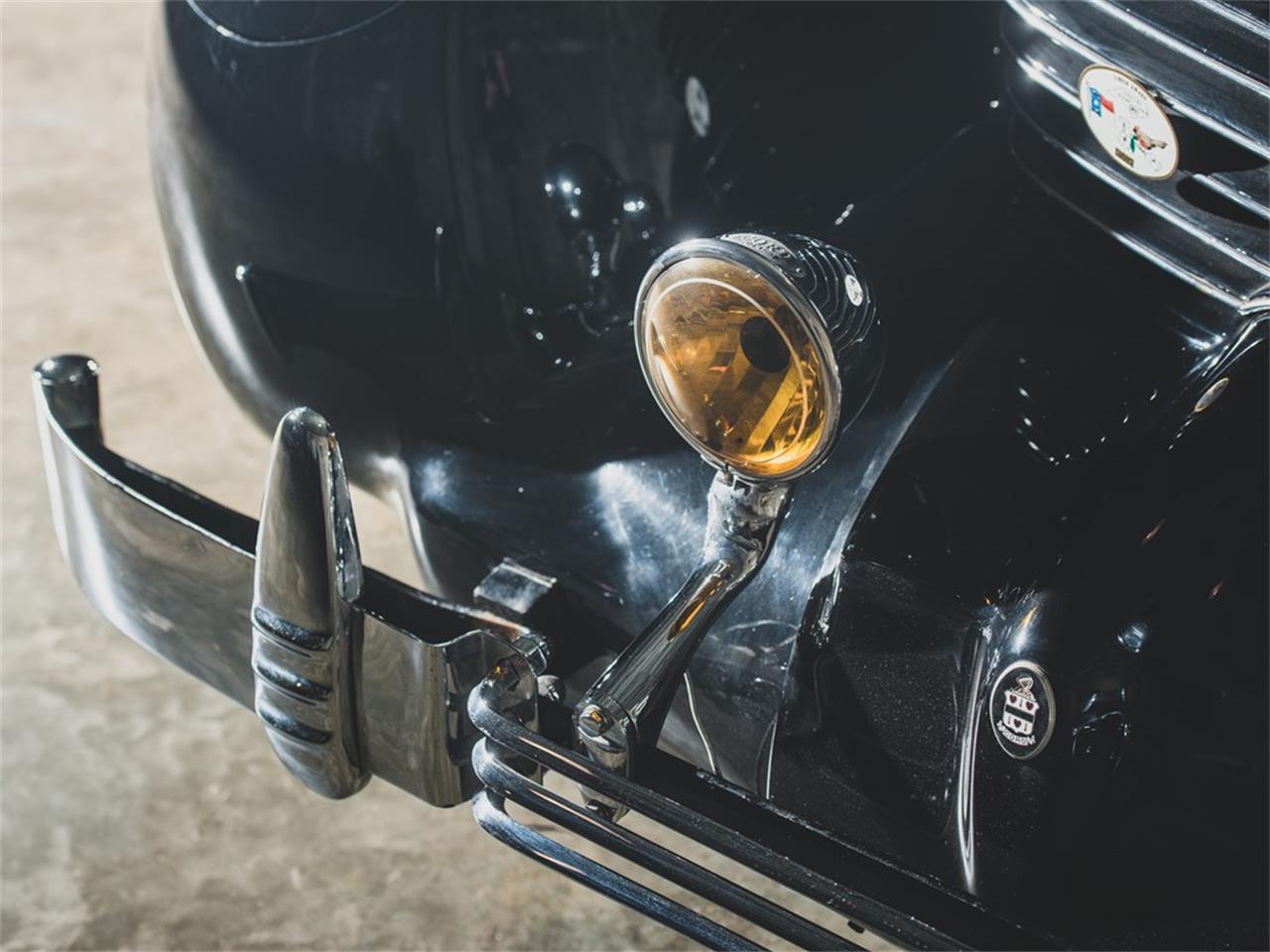 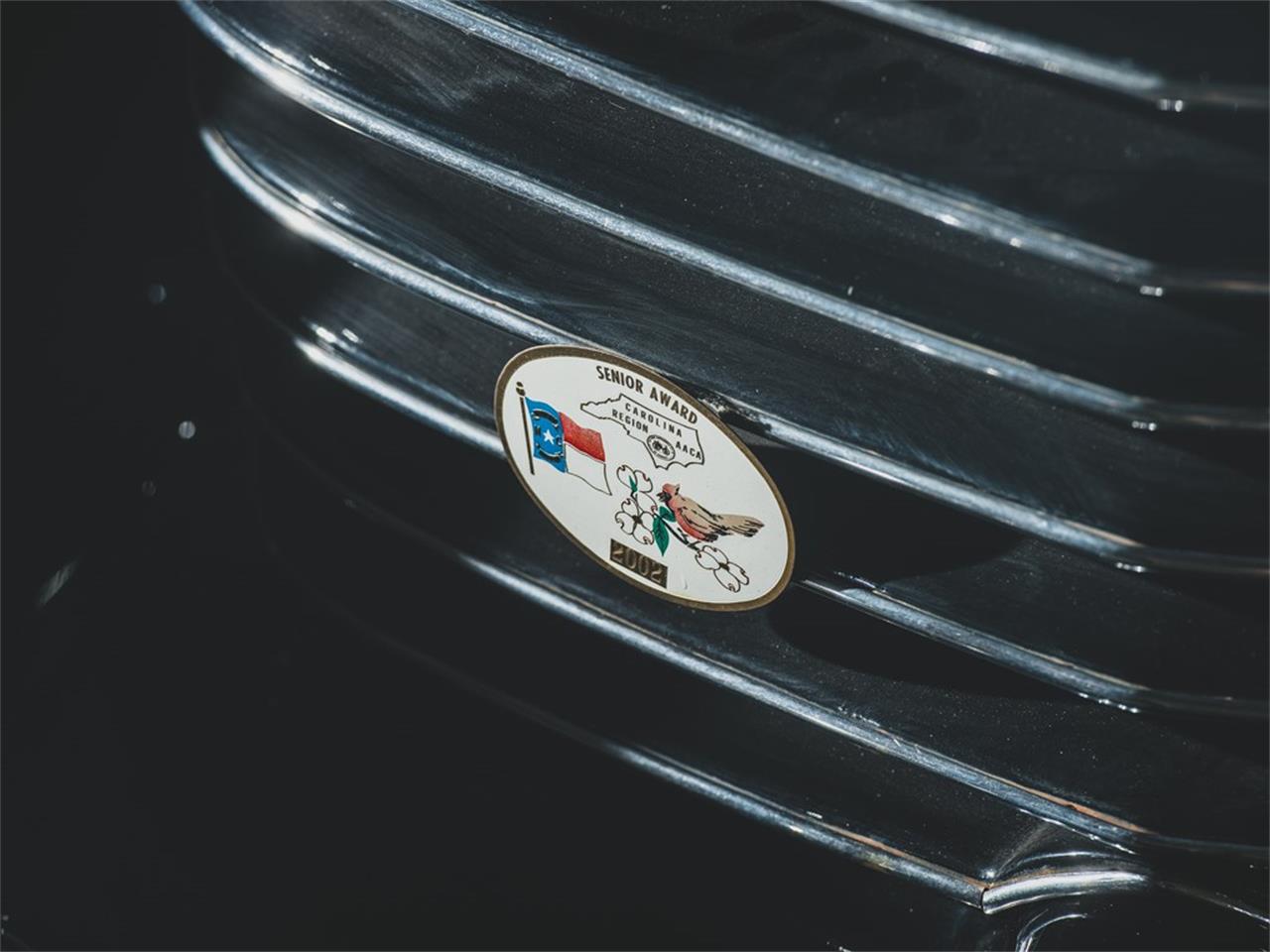 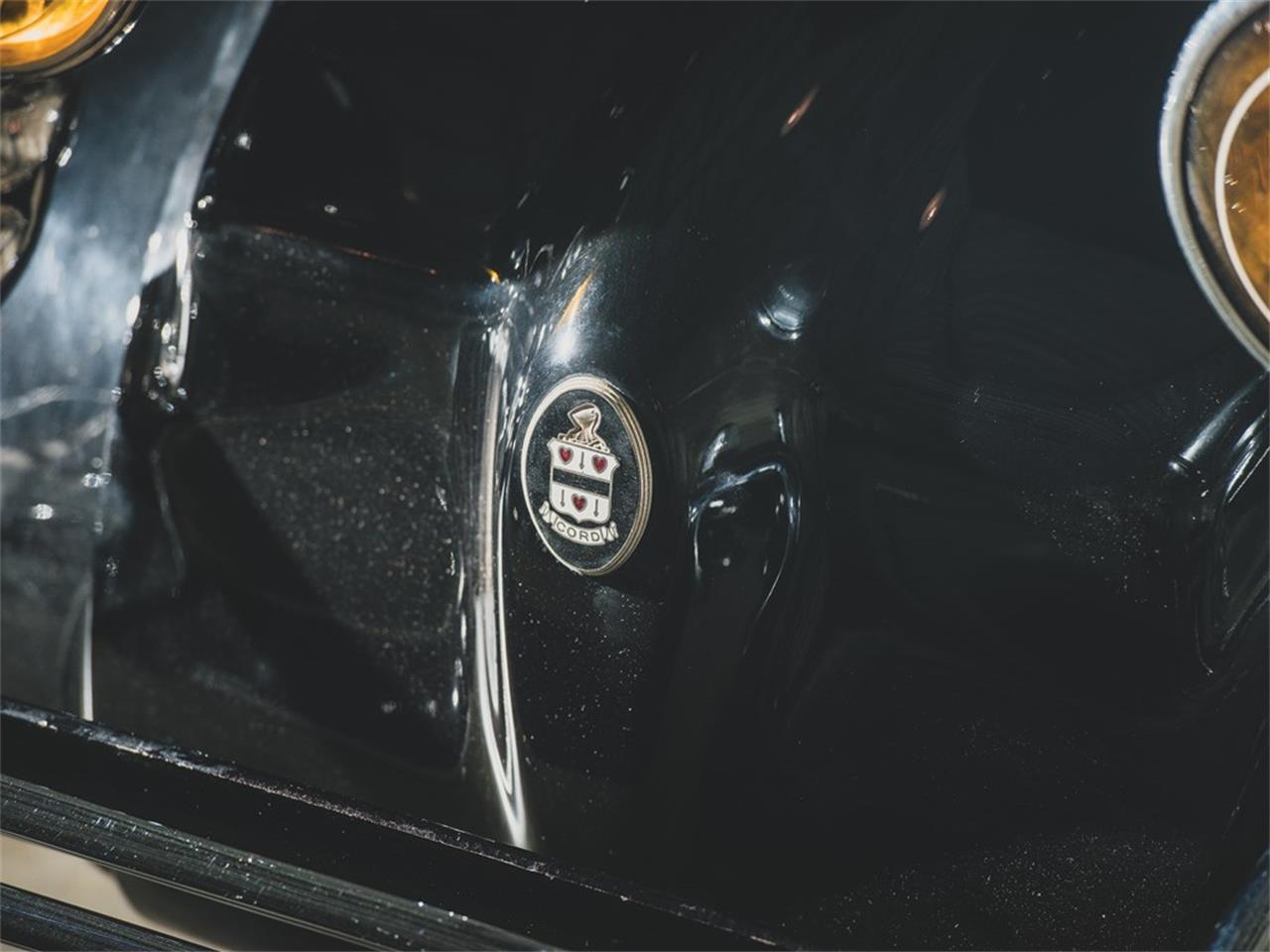 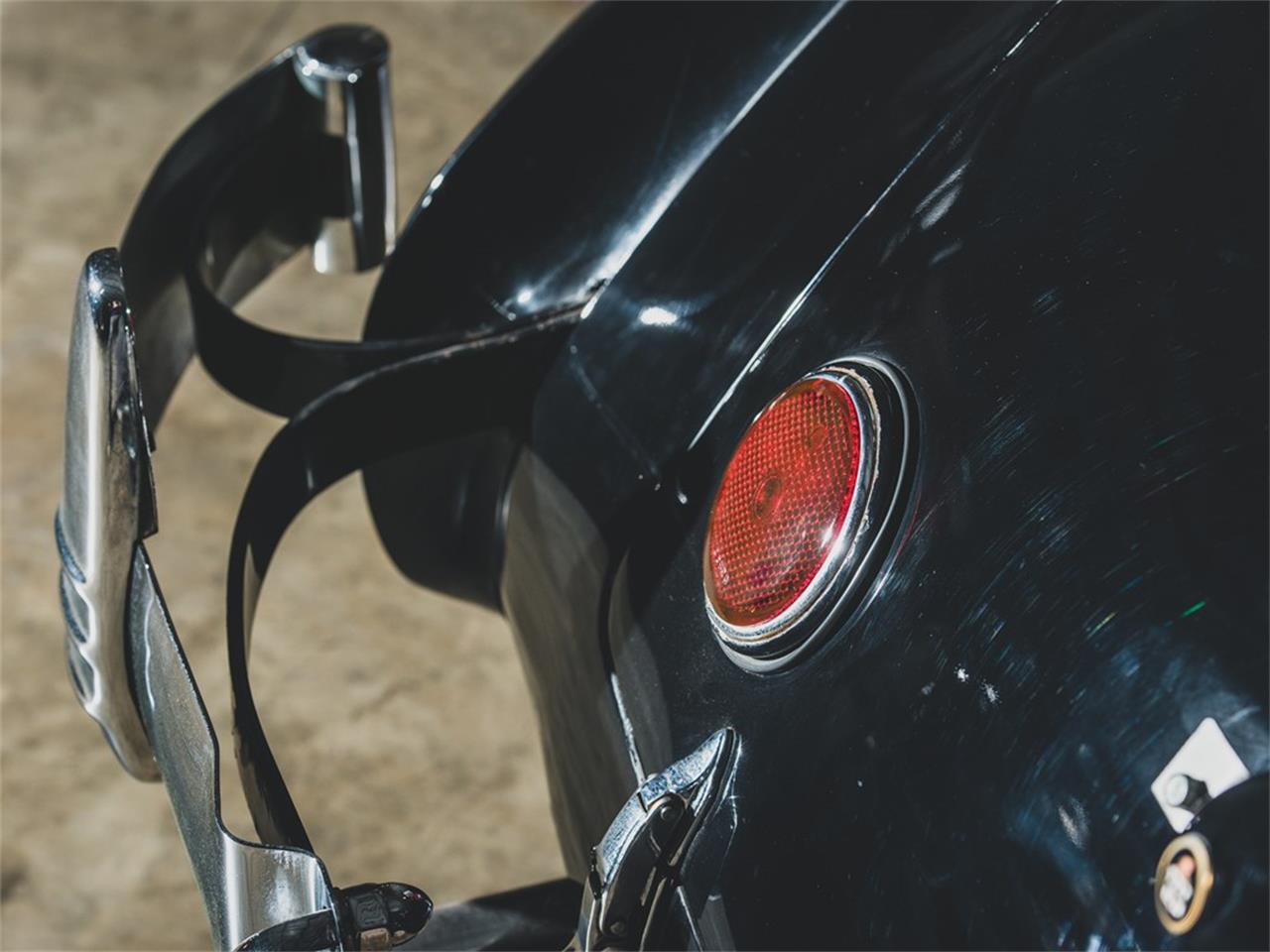 To Be OFFERED AT AUCTION WITHOUT RESERVE at RM Sothebys' The Guyton Collection event, 4 - 5 May 2019. One of the most famous and important designs of its era Formerly owned by Dr. Elwood Greist and Jim Miller Well-presented restoration in wonderful colors Equipped with its original engine Ideal for CARavans and Auburn Cord Duesenberg (ACD) Club activities Classic Car Club of America (CCCA) Full Classic When the "new Cord" made its debut at the New York Auto Show in November 1935, it turned the automotive world on its ear. Onlookers reportedly stood on the roofs of other cars just to catch a glimpse of Gordon Buehrig's stunningly advanced "new, original, and ornamental design for an automobile," with its aerodynamic "coffin nose" louvered hood lacking a traditional radiator shell; its "step-down" floor; its unitary body construction; its hidden door hinges; its pop-up headlamps; and its total lack of running boards. Underneath was no less innovative, with a Lycoming V-8 running the front wheels through a four-speed, electrically shifted pre-selector transmission, which was operated by a "key" off the steering column; essentially, it was an H-pattern gearshift in miniature. Today the Cord has since gone down in history as one of the most beautiful automobiles of its time, being regularly displayed in art museums as what Buehrig referred to as "rolling sculpture." The Guyton 810 phaeton is listed in the well-known books of Josh B. Malks, The Timeless Classic and Cord Complete, as being delivered with this engine, no. FB 1865, and phaeton body no. C 91 455. Its earliest known owner was C.W. Kimbell of Bell, California, who advertised it in the Los Angeles Times on 31 May 1964. By 1971 it had side exhaust fitted and was owned by Earnest A. Wright of San Juan Capistrano, who exhibited it over the next several years in ACD Club competition, achieving its First Senior award and the Tom Mix Award for Best Cord at the West Coast Meet in 1978. Mr. Wright sold the Cord to Dr. Elwood "Bud" Greist, a longtime Auburn and Cord enthusiast in Livermore, California. In Mr. Greist's ownership the phaeton continued its show-going ways, appearing at the Pebble Beach Concours d'Elegance and at many other ACD Club meets on the West Coast. It remained in his care until 1987, and was later part of the noted Ontario collection of the late Jim Miller, highly respected for his eye for excellence and quality. Fred Guyton acquired the Cord from an owner in Michigan in 2008, and it has been part of his fine collection alongside other Auburns, Cords, and Duesenbergs for over a decade. Its restoration is well maintained and very attractive, with the finishes under the hood appearing largely authentic, and the top, hard to get "right" on these cars, properly stitched and fitted. Accessory Cord driving lights and a Cord Delco radio are fitted, and the car is accompanied by several pieces of Cord literature, including a reprinted owner's manual and bound copy of the Factory Service Bulletins. This is a lovely, well-kept example of a truly iconic design. To view this car and others currently consigned to this auction, please visit the RM website at rmsothebys.com/en/auctions/gc19. 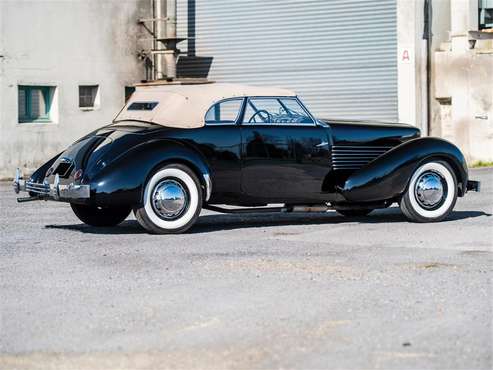 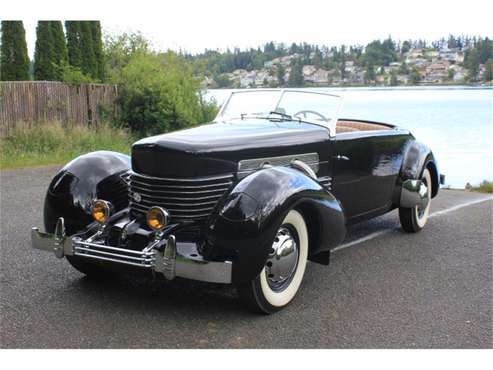 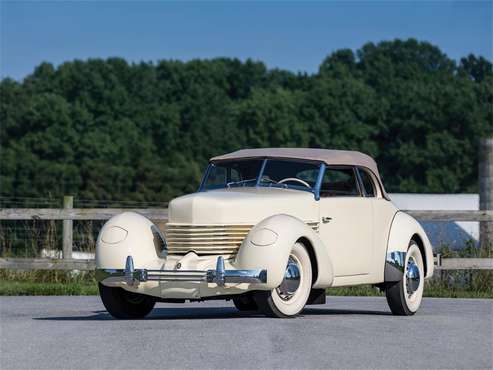 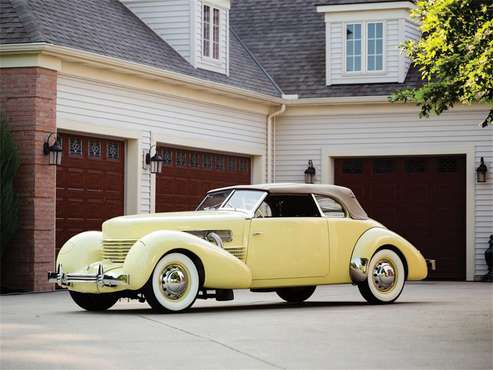 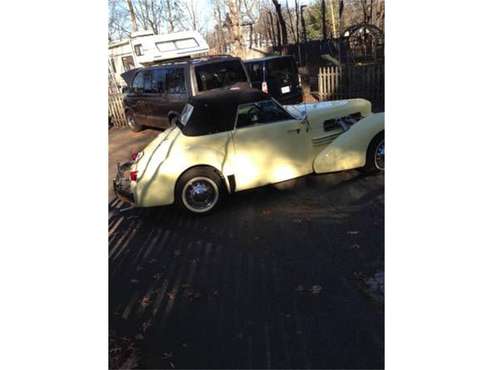