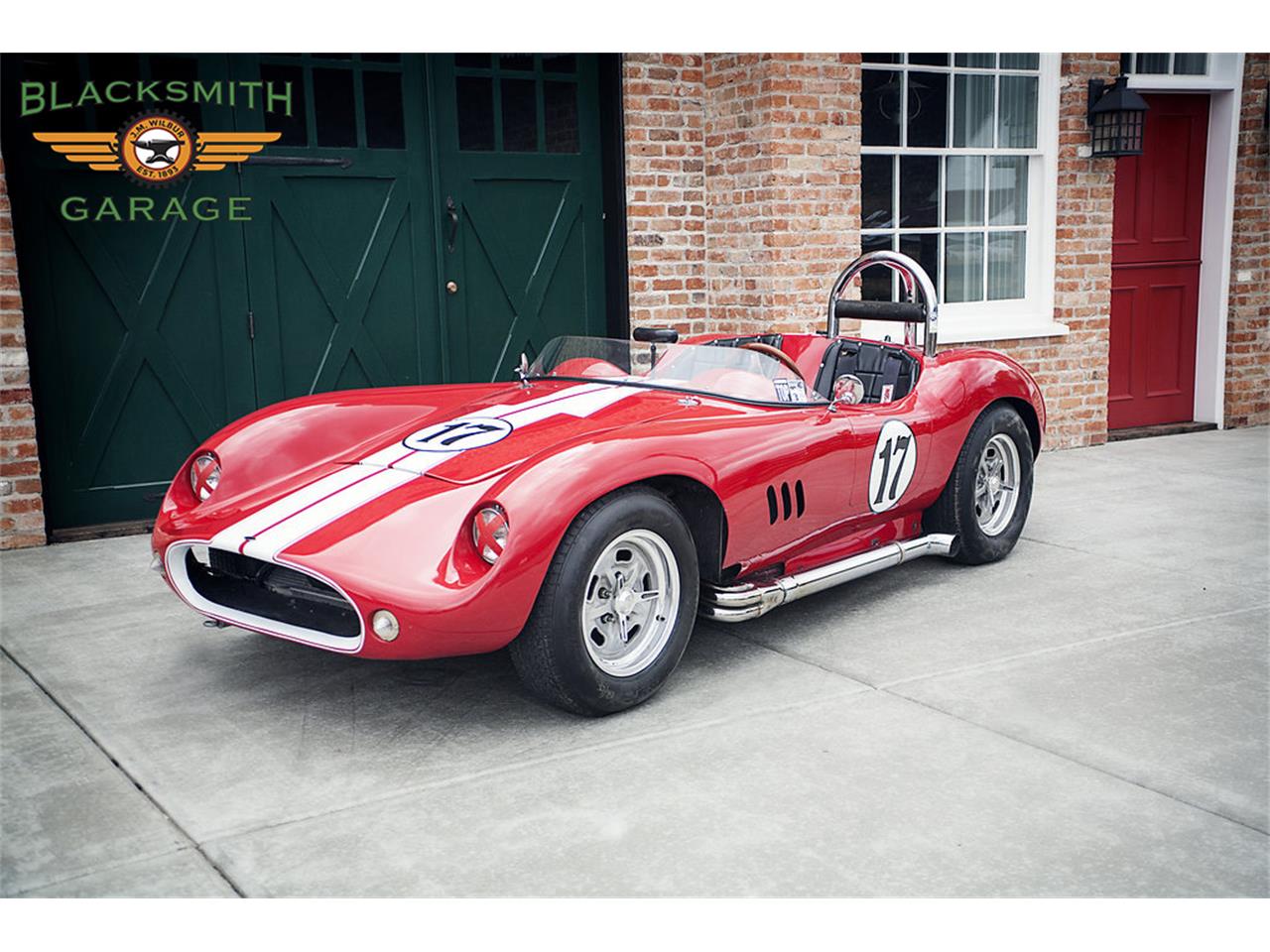 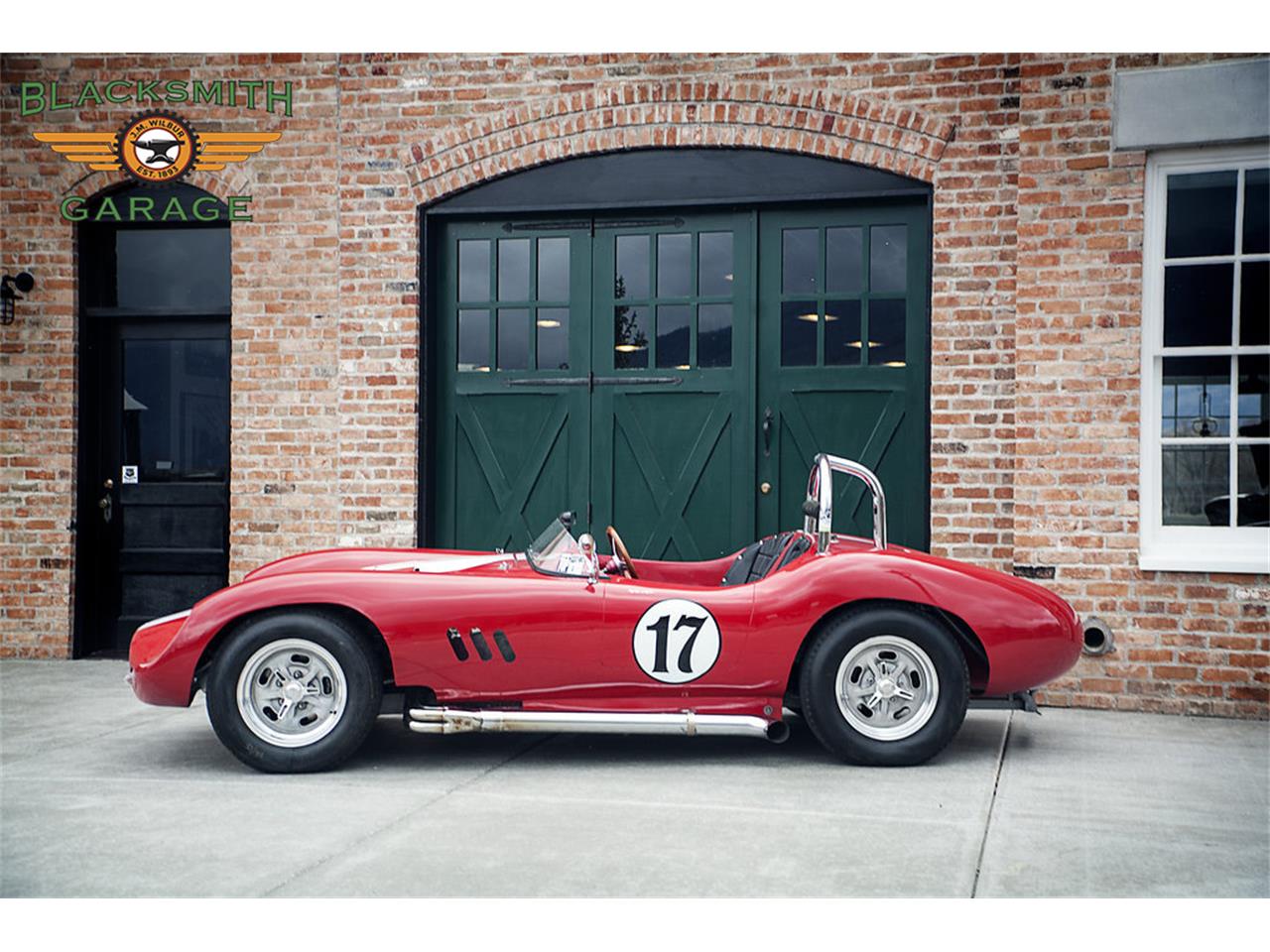 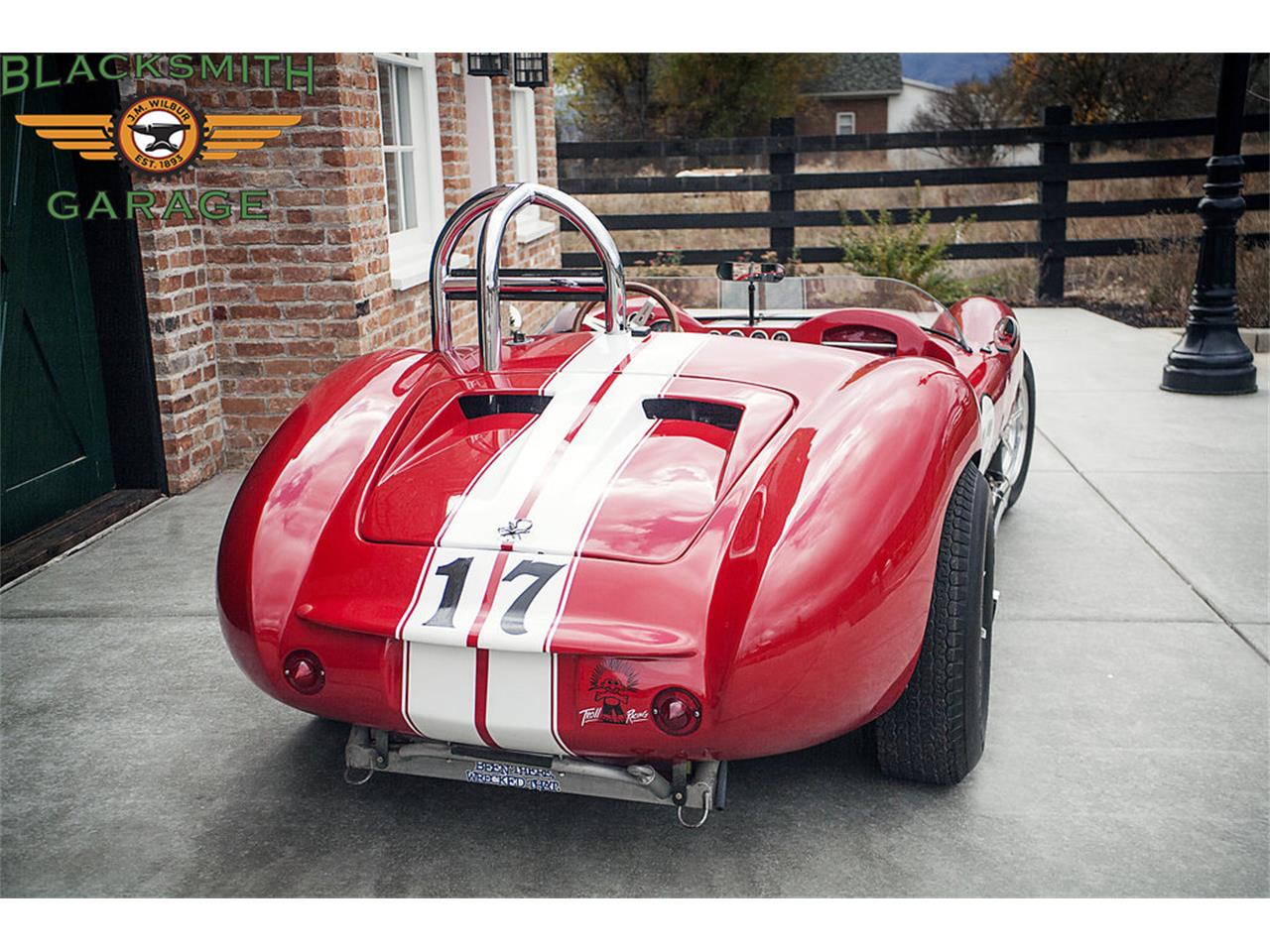 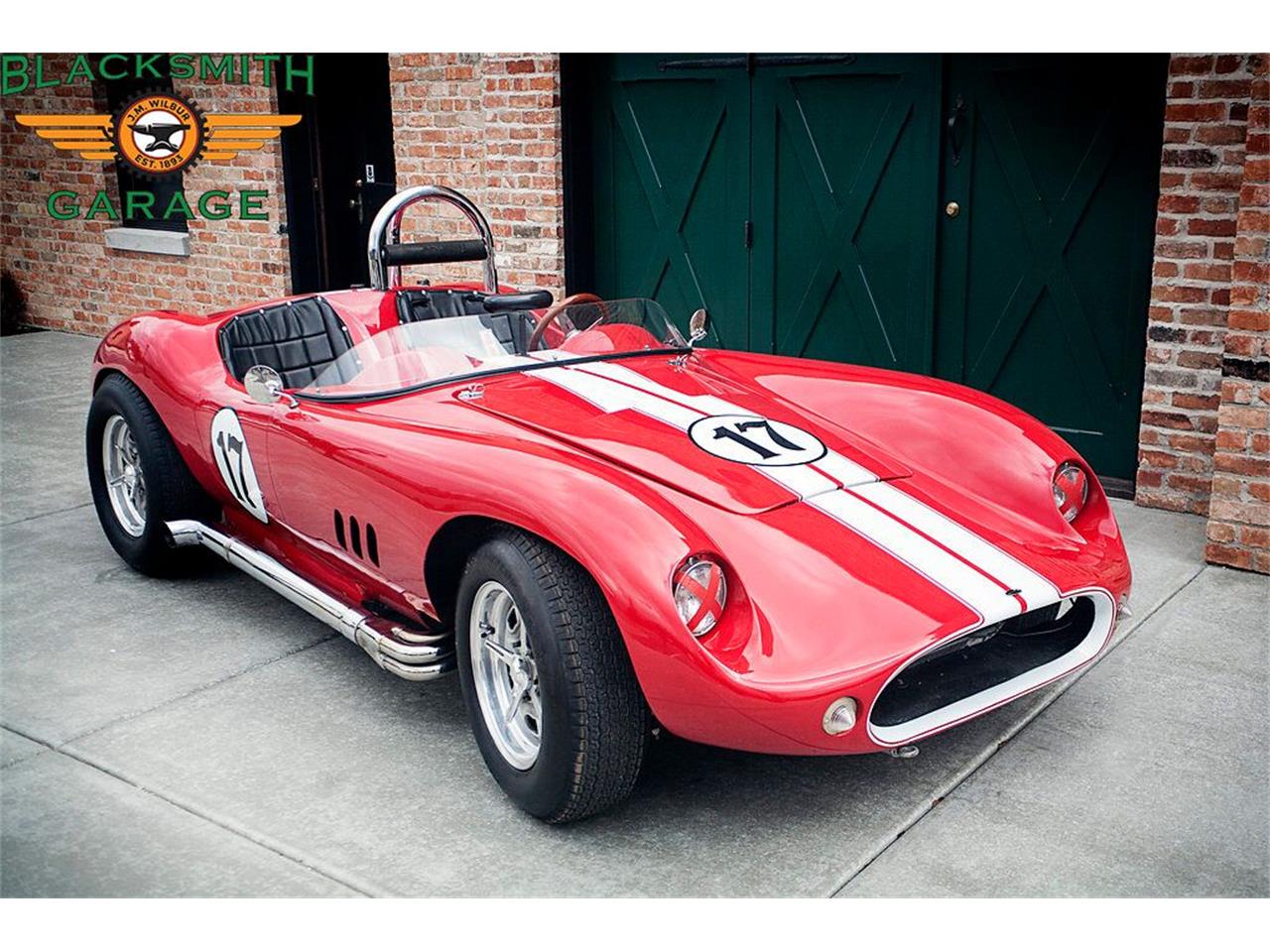 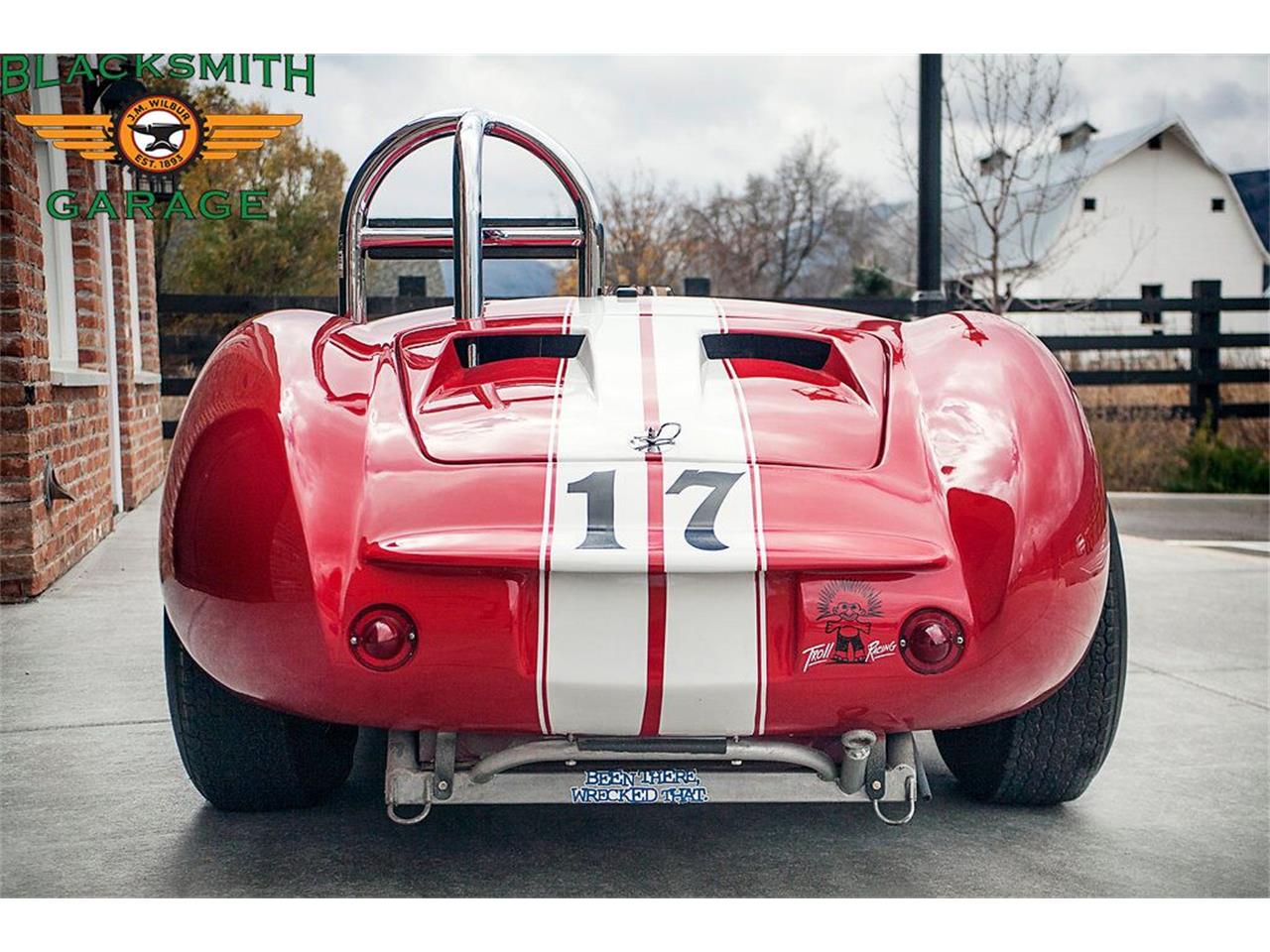 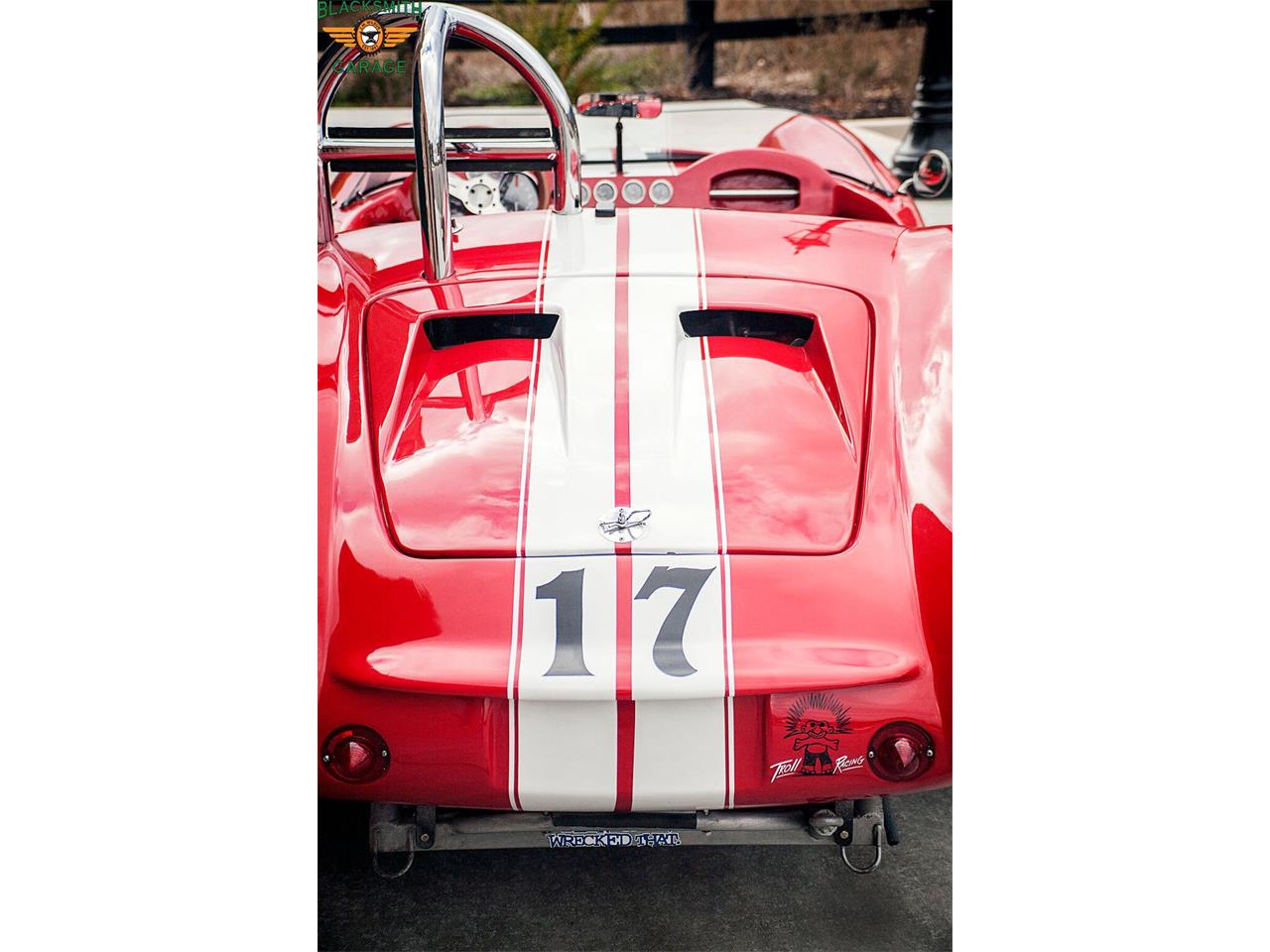 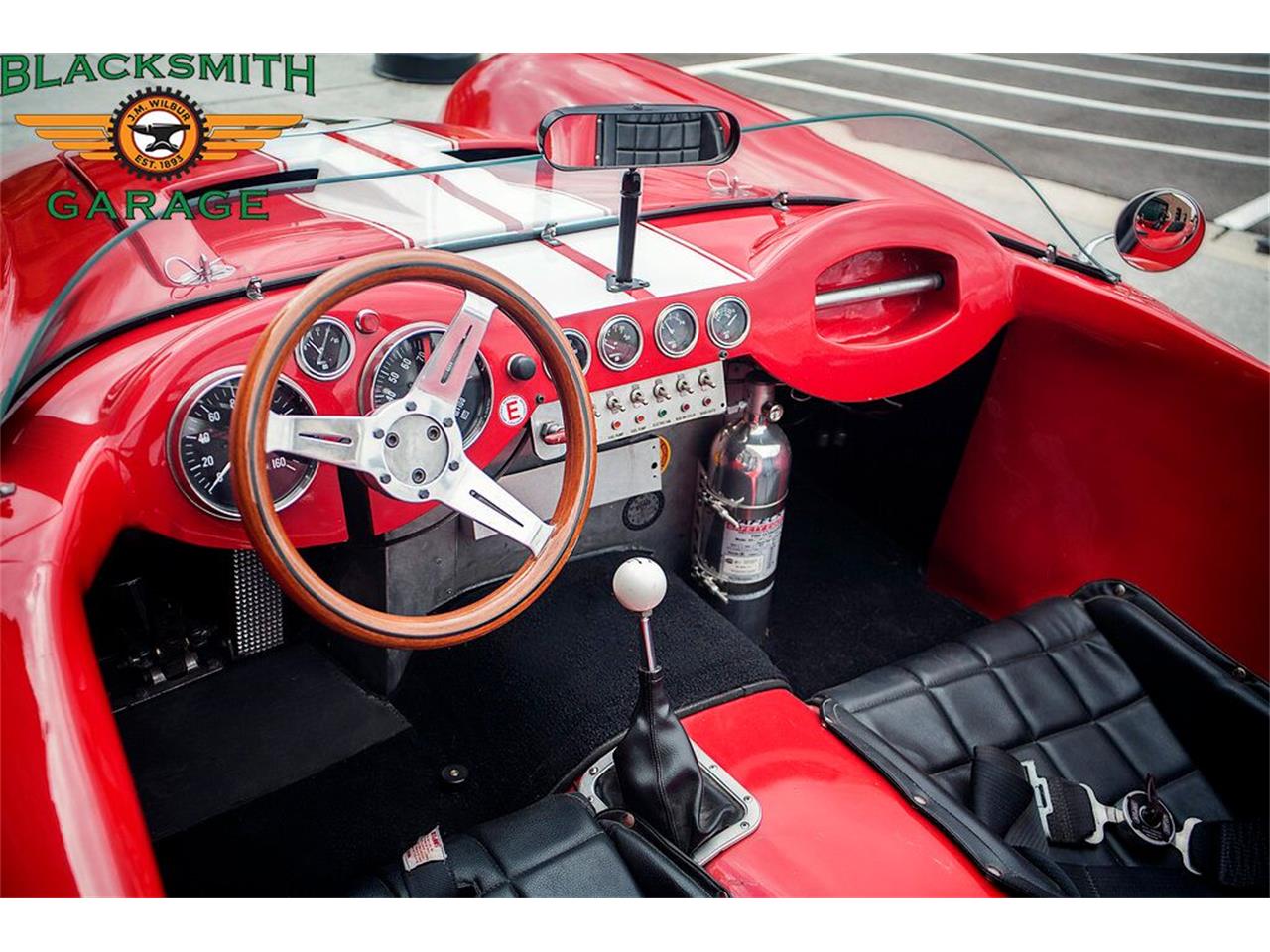 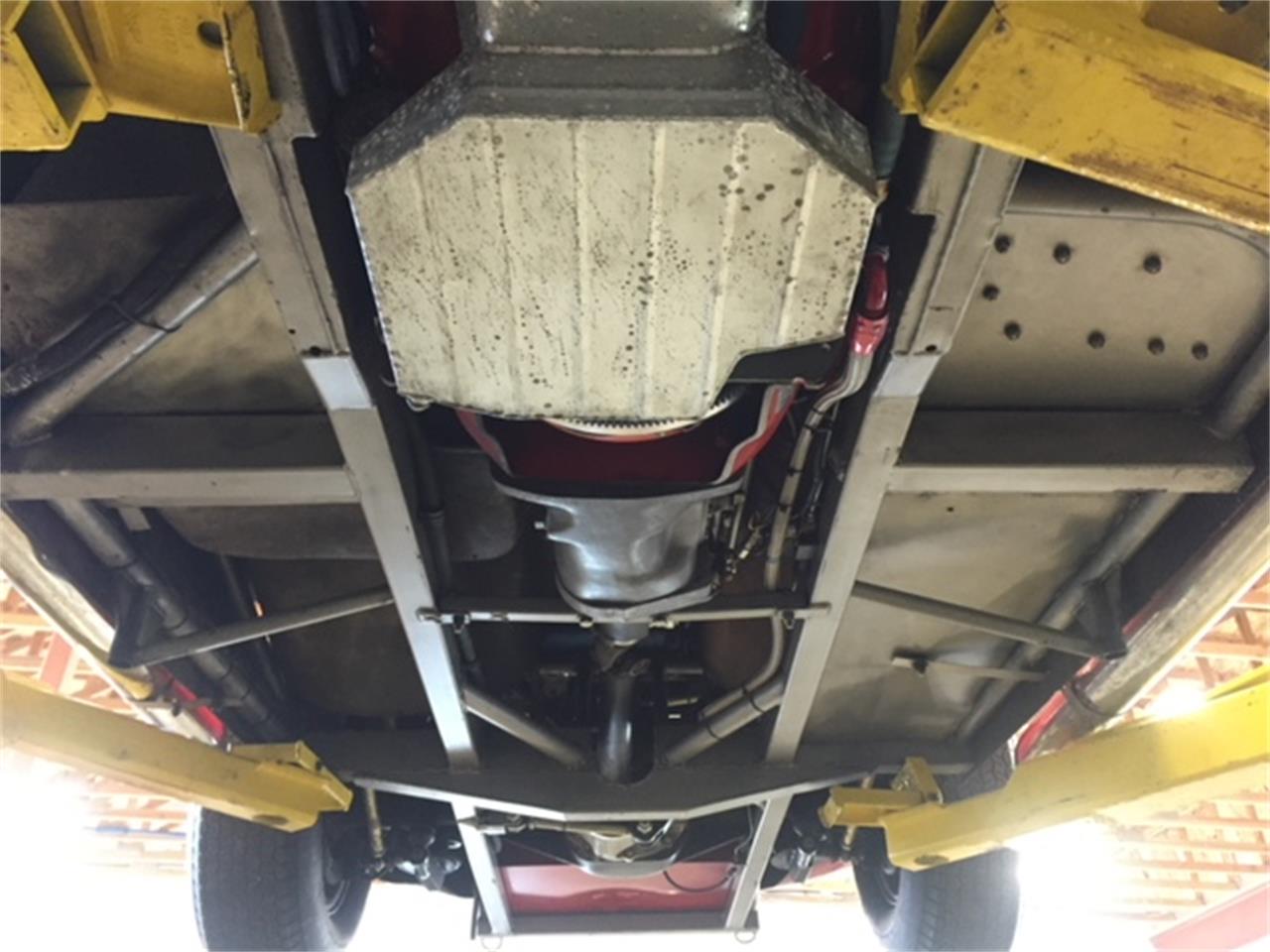 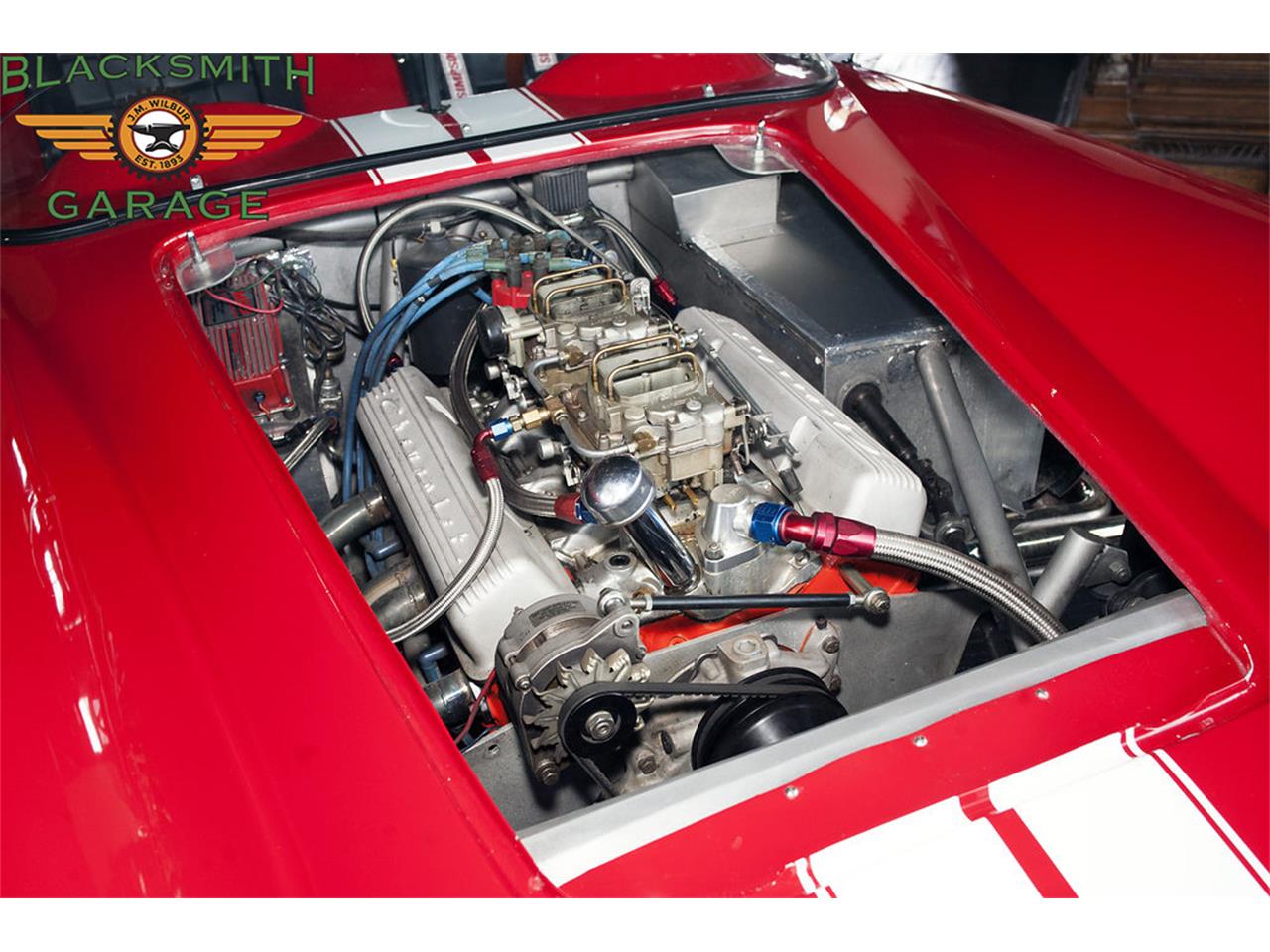 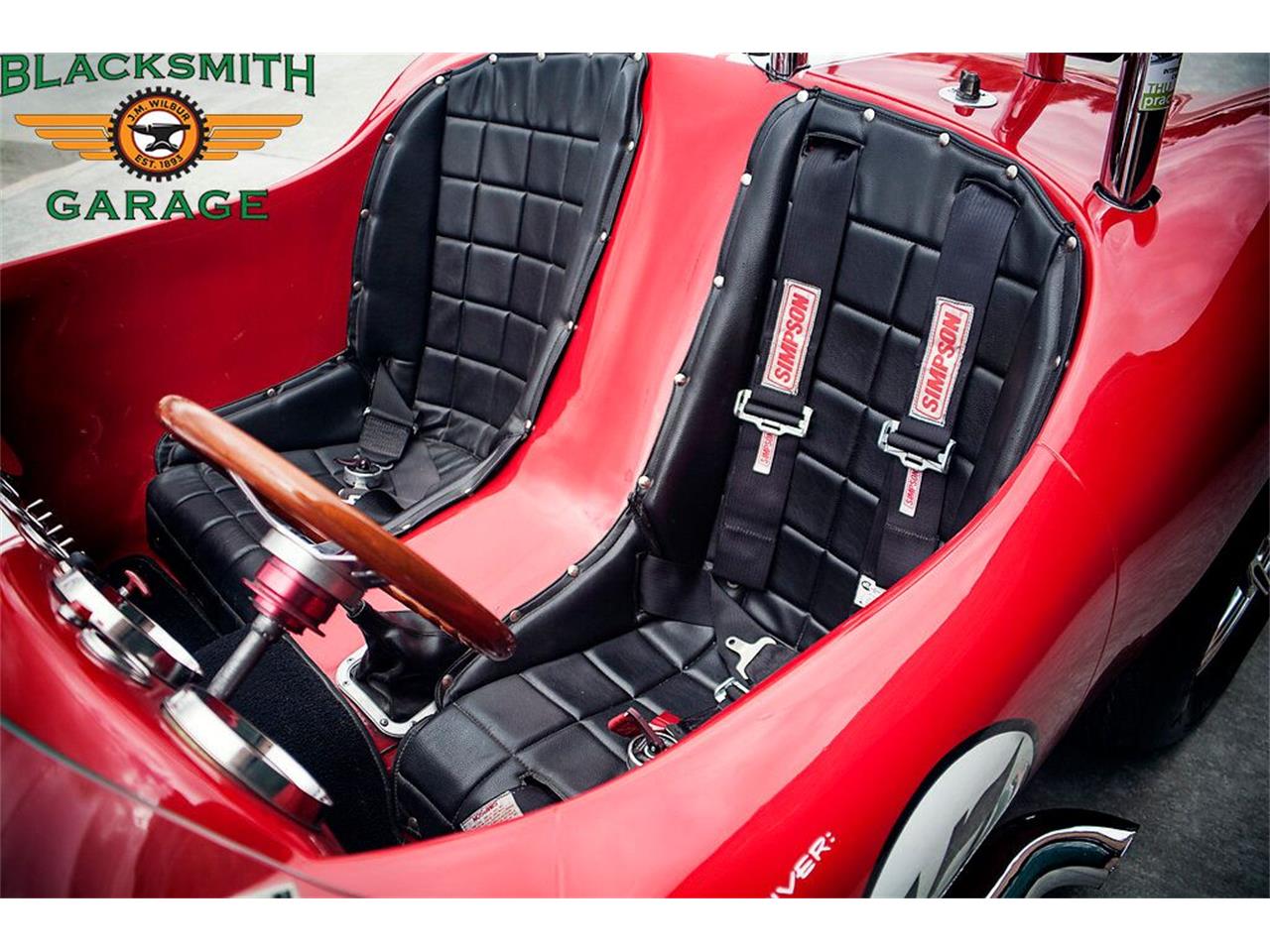 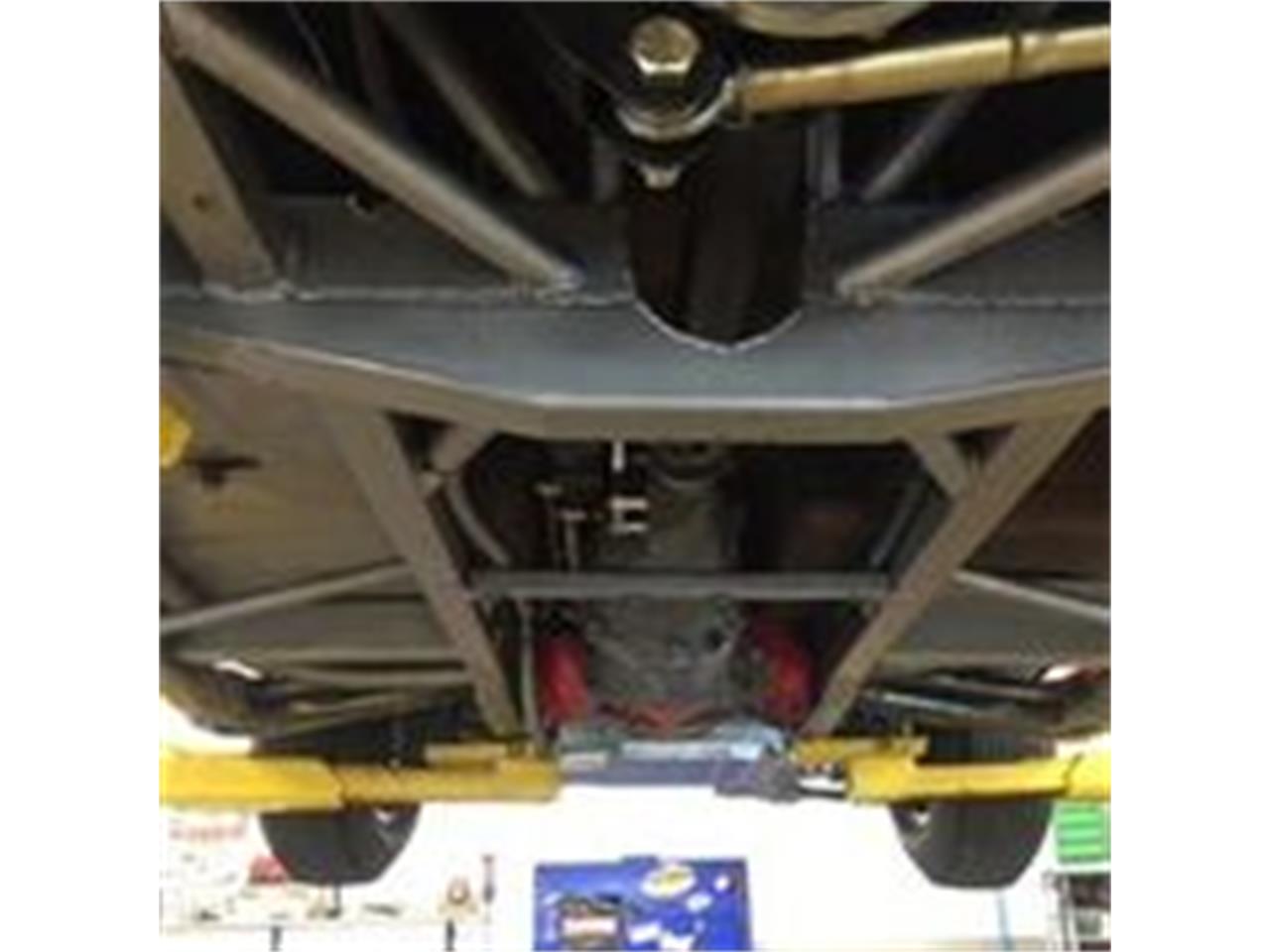 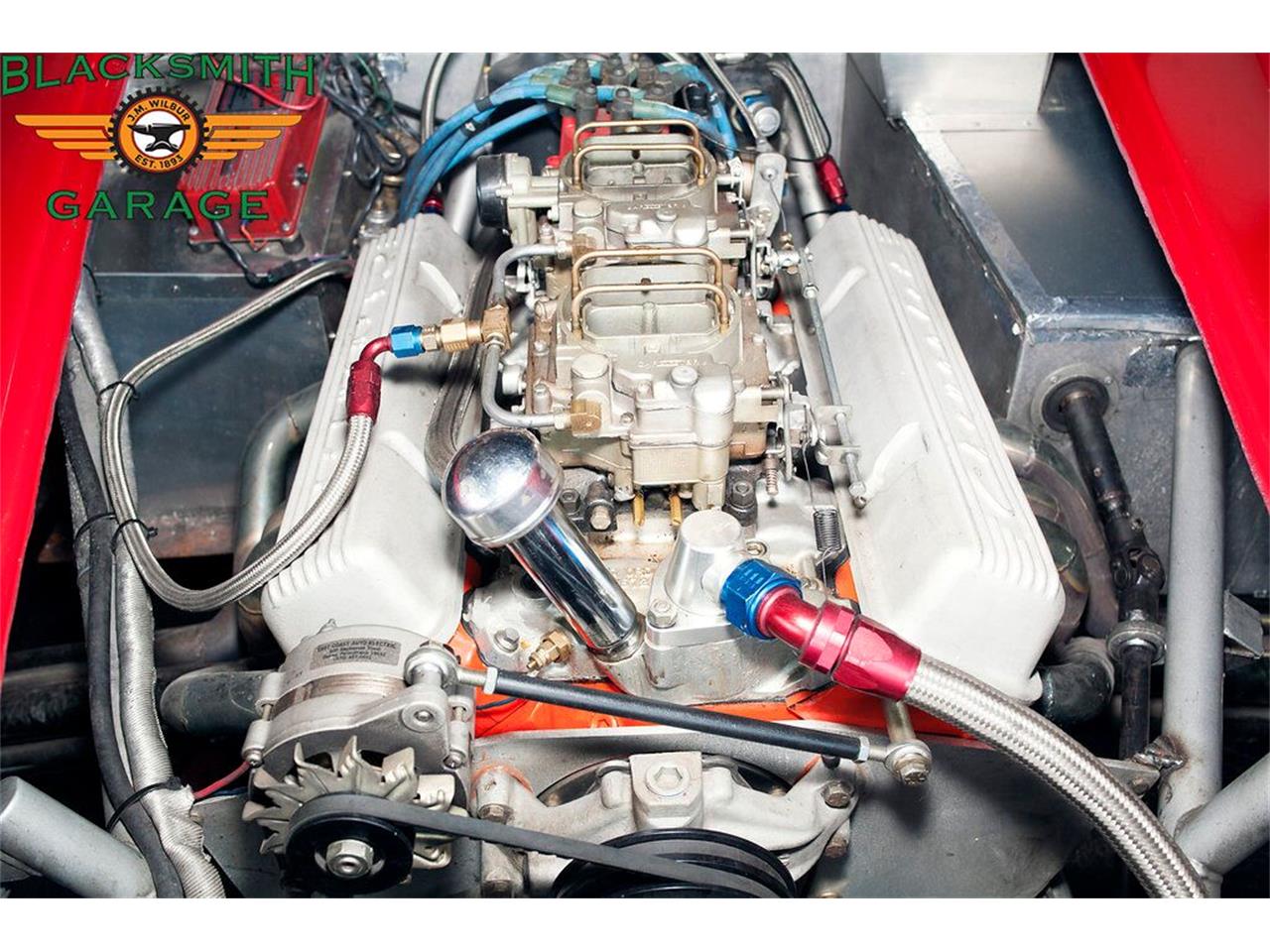 1958 Devin SS Race Car VIN: UTP6858 This 1958 Devin SS bodied race car features a competition 331-inch Chevrolet V8 engine with Dual Holly carburetors estimated around 450 horsepower and mated to a Super T10 4-speed gearbox. The genuine SS body has no known period race history and changed hands several times before the car was finally assembled 13 years ago by vintage racer Scott Zerby. Zerby raced the car at various events including the U.S. Vintage Grand Prix at Watkins Glen and the Kohler International Challenge at Road America before selling it a prominent Midwest collector. Blacksmith Garage purchased the vehicle from this collector in 2015 to be “eye candy” for our showroom. The purposeful interior presents nicely and features carpet for a more civilized cockpit setting. Correct Stuart Warner gauges are fully functional, and well-integrated bucket seats provide plenty of room for a co-driver. Safety equipment includes five-point race harnesses, electrical cutoff, and a full fire suppression system with stainless bottle. The lightweight body sits on a tube chassis, supported by Austin Healey 100 front suspension, AFCO racing shocks at all corners, and large 5″ springs with NASCAR-style weight jacks. The small-block 331 Chevy engine directs power through a Ford 9” rear end with adjustable “J Bar”. Dual Carter carburetors are installed on a period style intake manifold with a Corvette oil fill tube and closed script valve covers. Tube headers lead to the straight side pipe exhaust, and the seller notes the car has an awesome V8 exhaust note. Stopping is achieved via front and rear Wilwood discs, and the car is fitted with a large 24+ gallon fuel cell with twin Holley fuel pumps. The new owner may wish to adjust the setup to their driving style. The car comes with its more recent log books documenting its eligibility at historic racing events. Bill Devin was an exotic car dealer and race car driver in the 1950’s and the mastermind behind the Devin SS. He set out to produce a race car that offered the style and performance of a Ferrari but at a price that was more affordable. At the time, a typical Devin SS could be had for $6000 while a comparable Ferrari would fetch $12,000 dollars or more. With its 331 cubic inch Chevy power plant and a tube chassis which Devin sourced from engineer Malcolm MacGregor of Northern Ireland the car became an instant success. The car scored its first win with Pete Woods in 1959 at the Cal Club C-Modified Championship. From that point on the Devin SS became a force to be reckoned with, scoring many important victories in the SCCA C-modified racing class in the late 50’s and early 60’s The Car is ready to race and with standard race weekend preparation, the car should be very competitive, unique and great looking on the track. Alternatively, this car has been registered in Utah and is street legal. This car has been consigned to the 4th Annual Salt Lake City Classic Car Auction, Saturday, March 30 at the Mountain America Expo Center in Sandy. It is only available to purchase at the auction. Come see this and 150 other classic and collector cars for sale across the auction block. 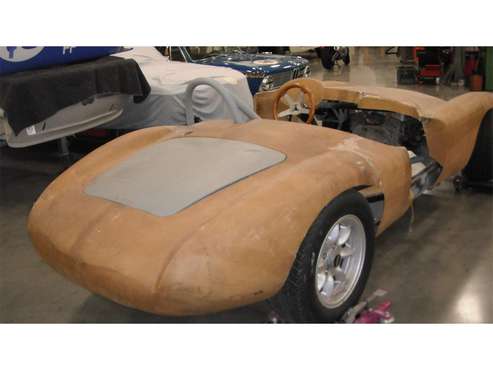 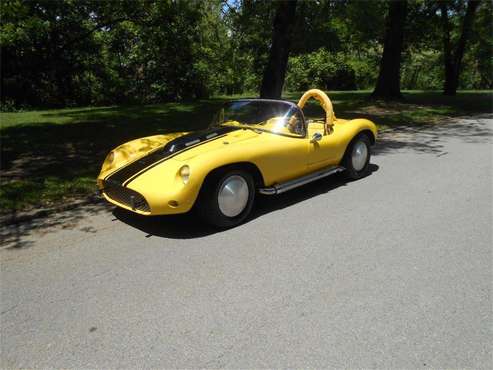