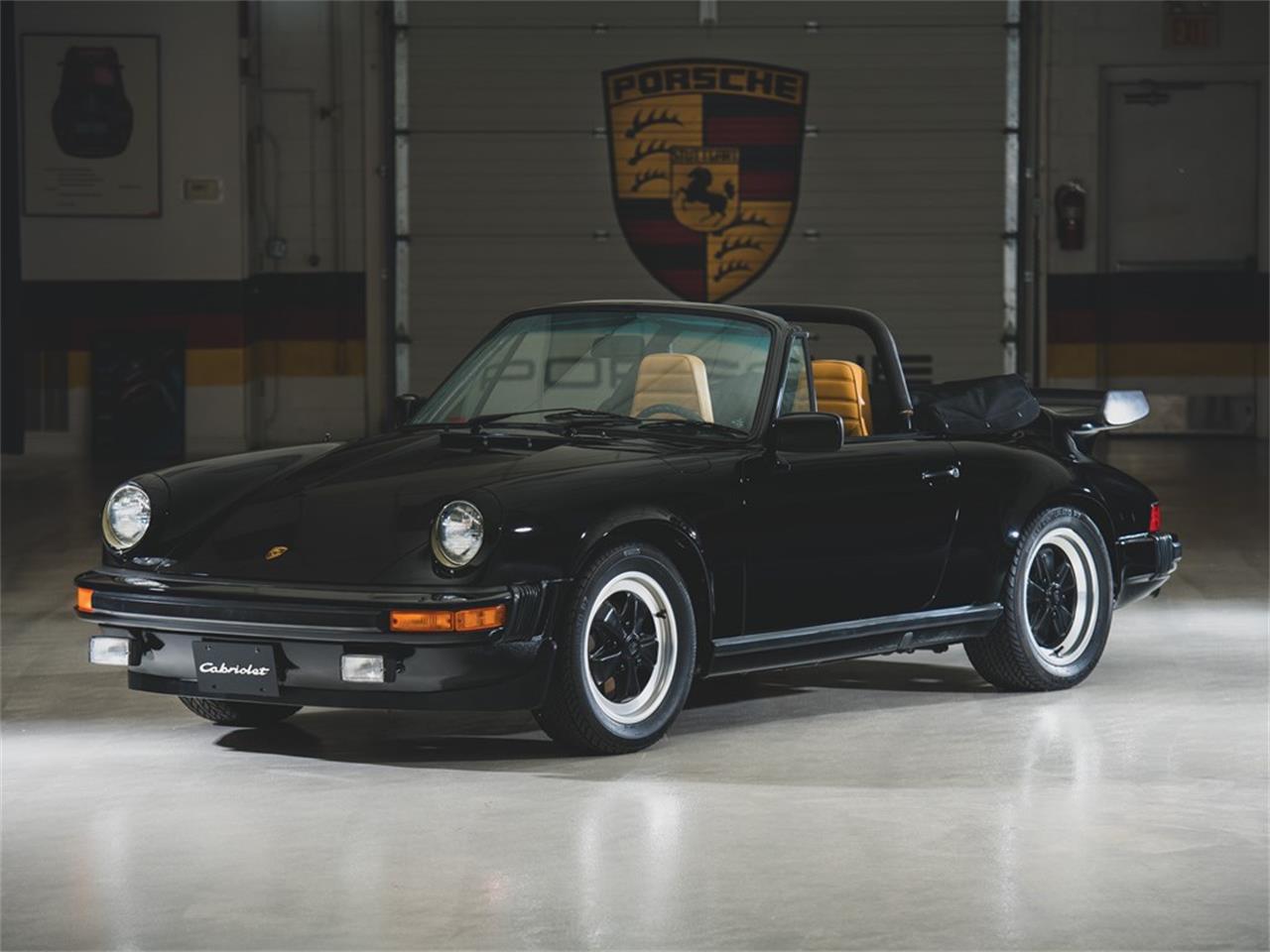 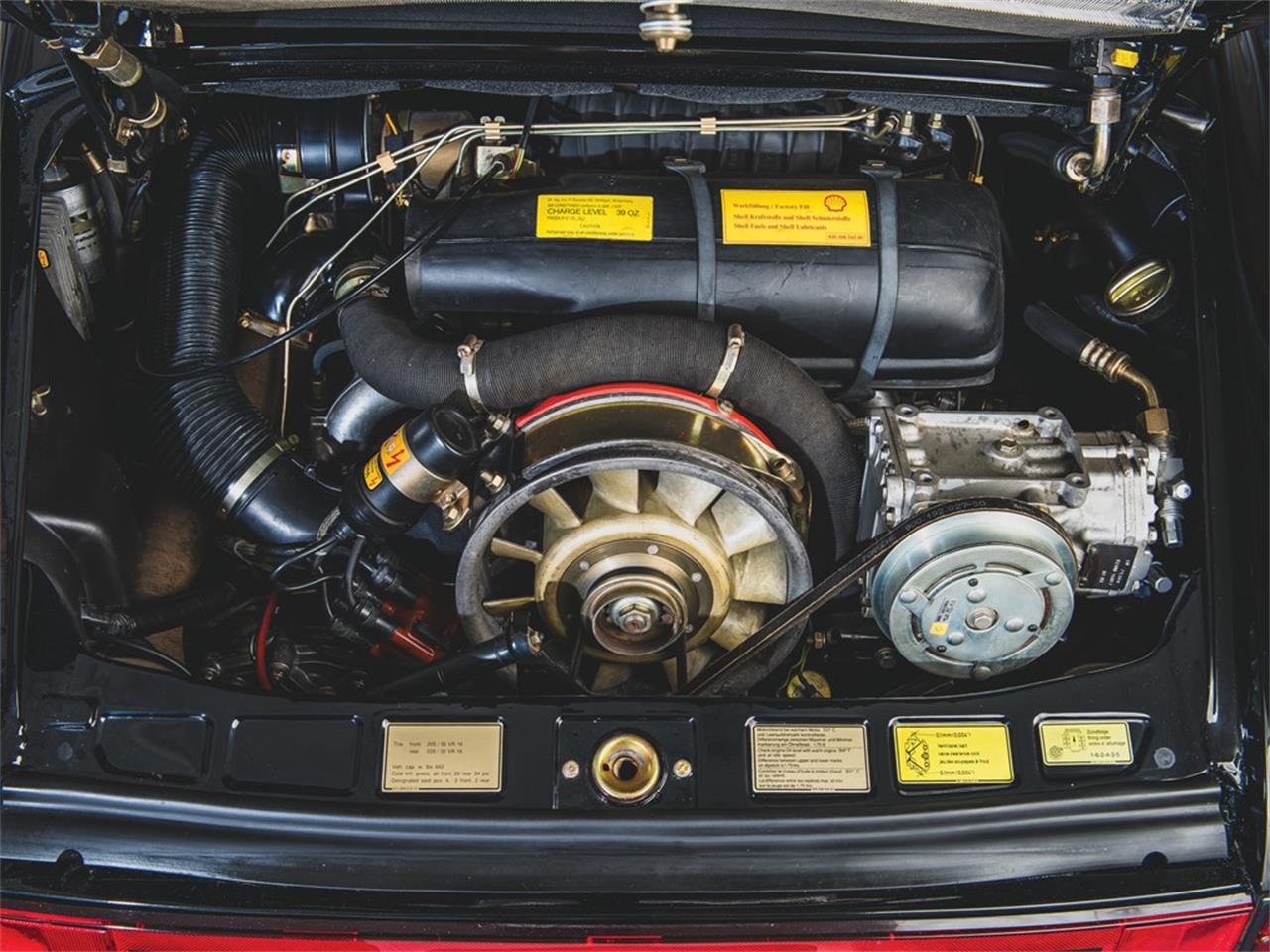 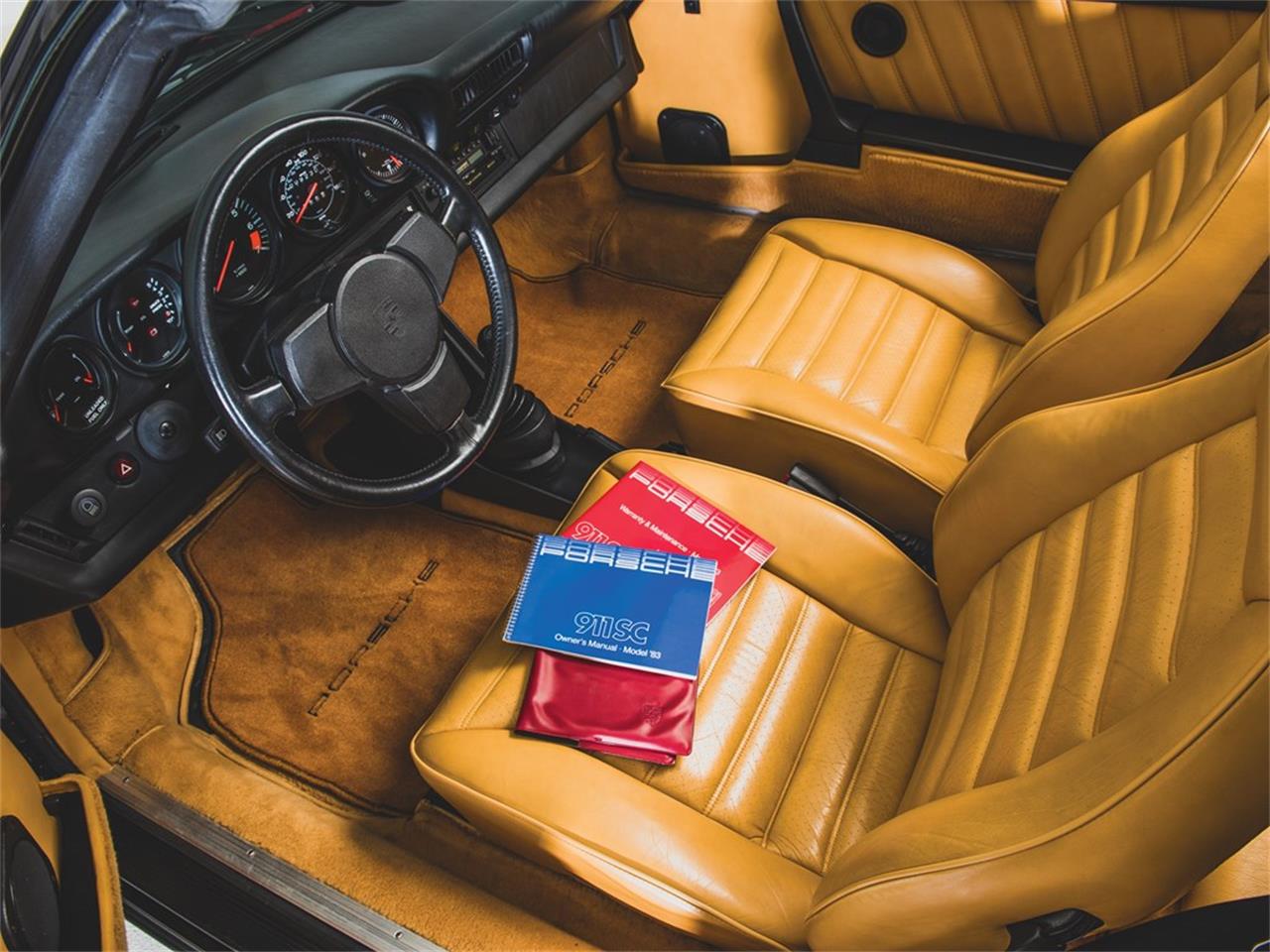 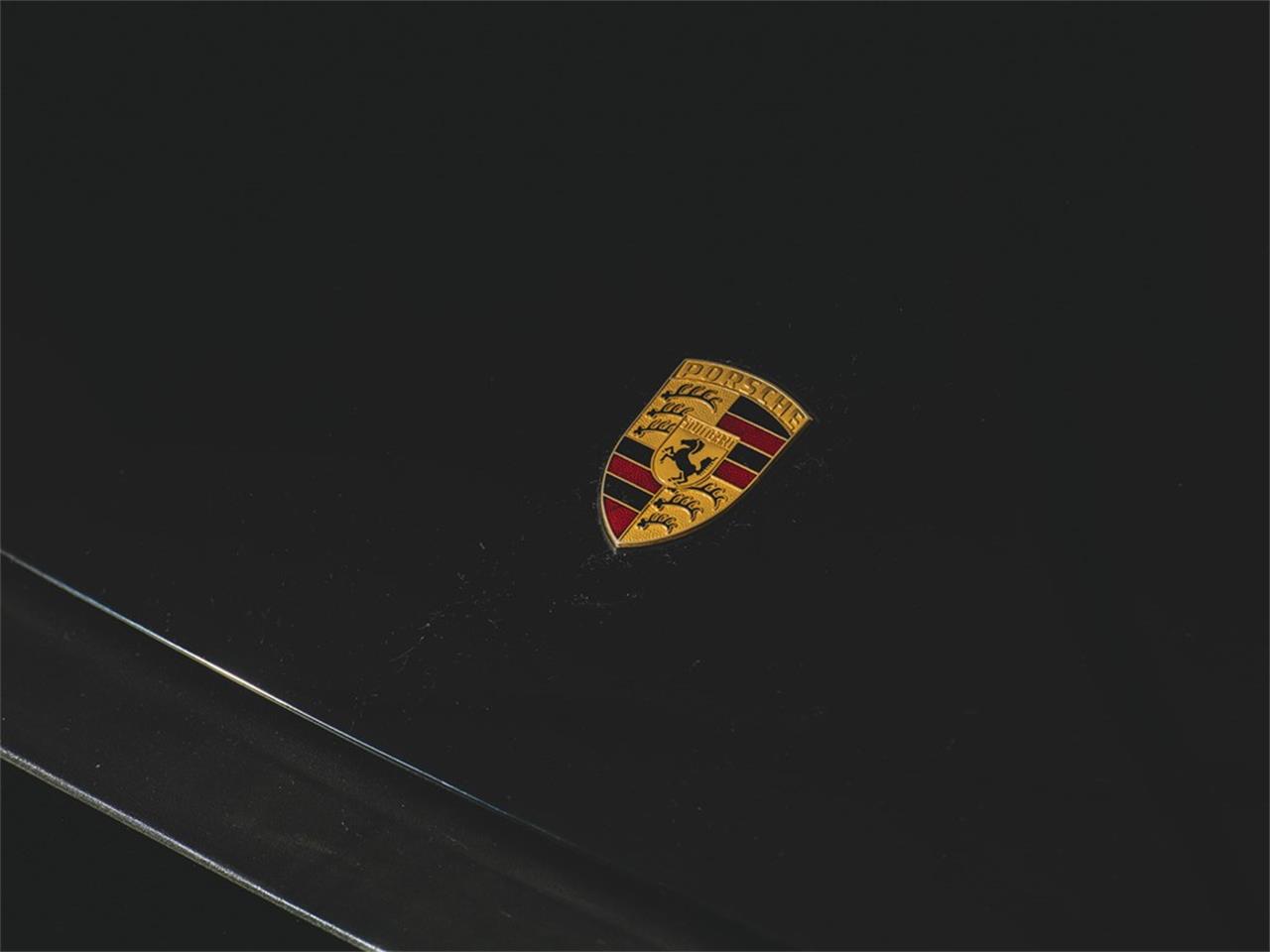 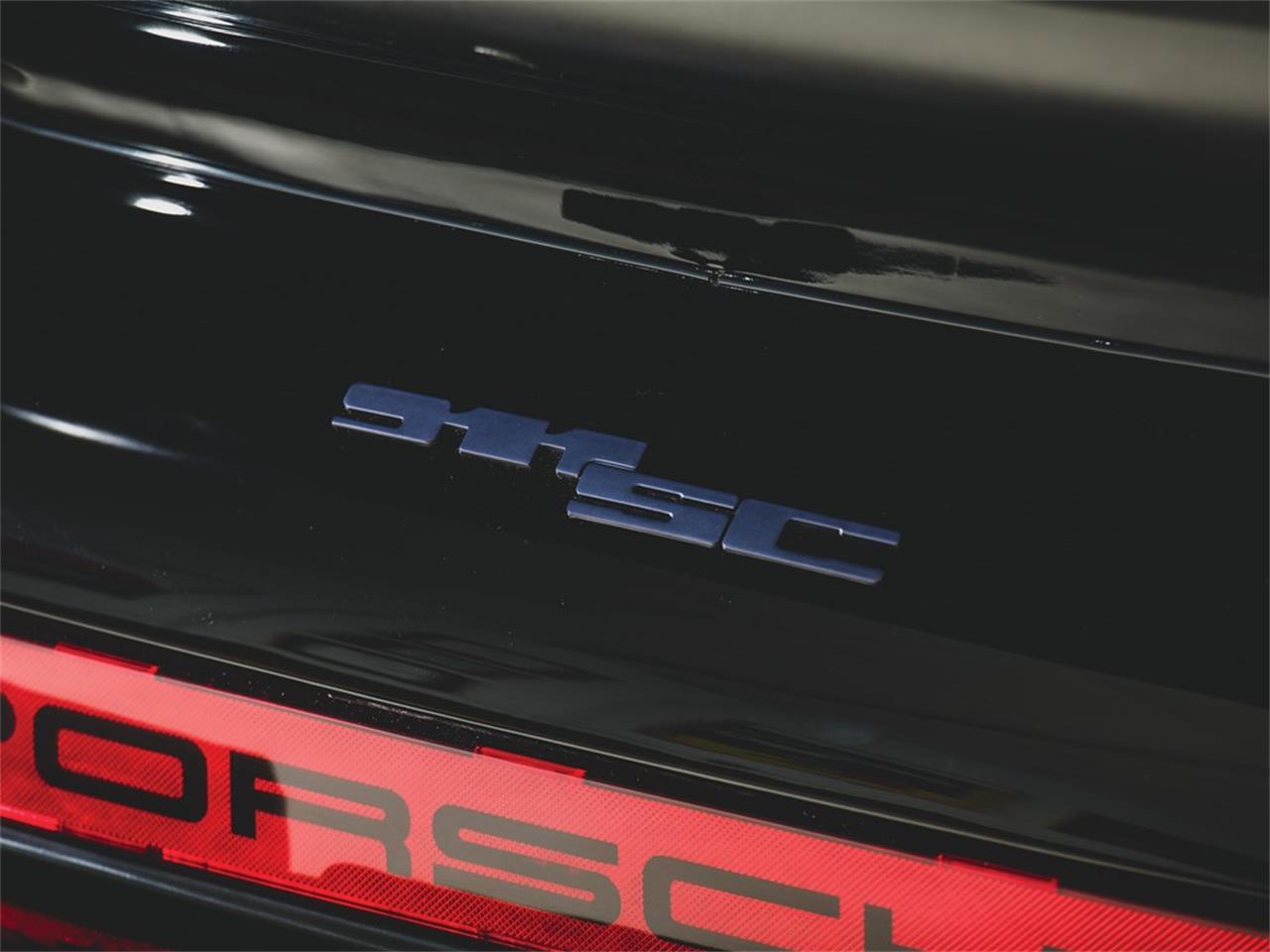 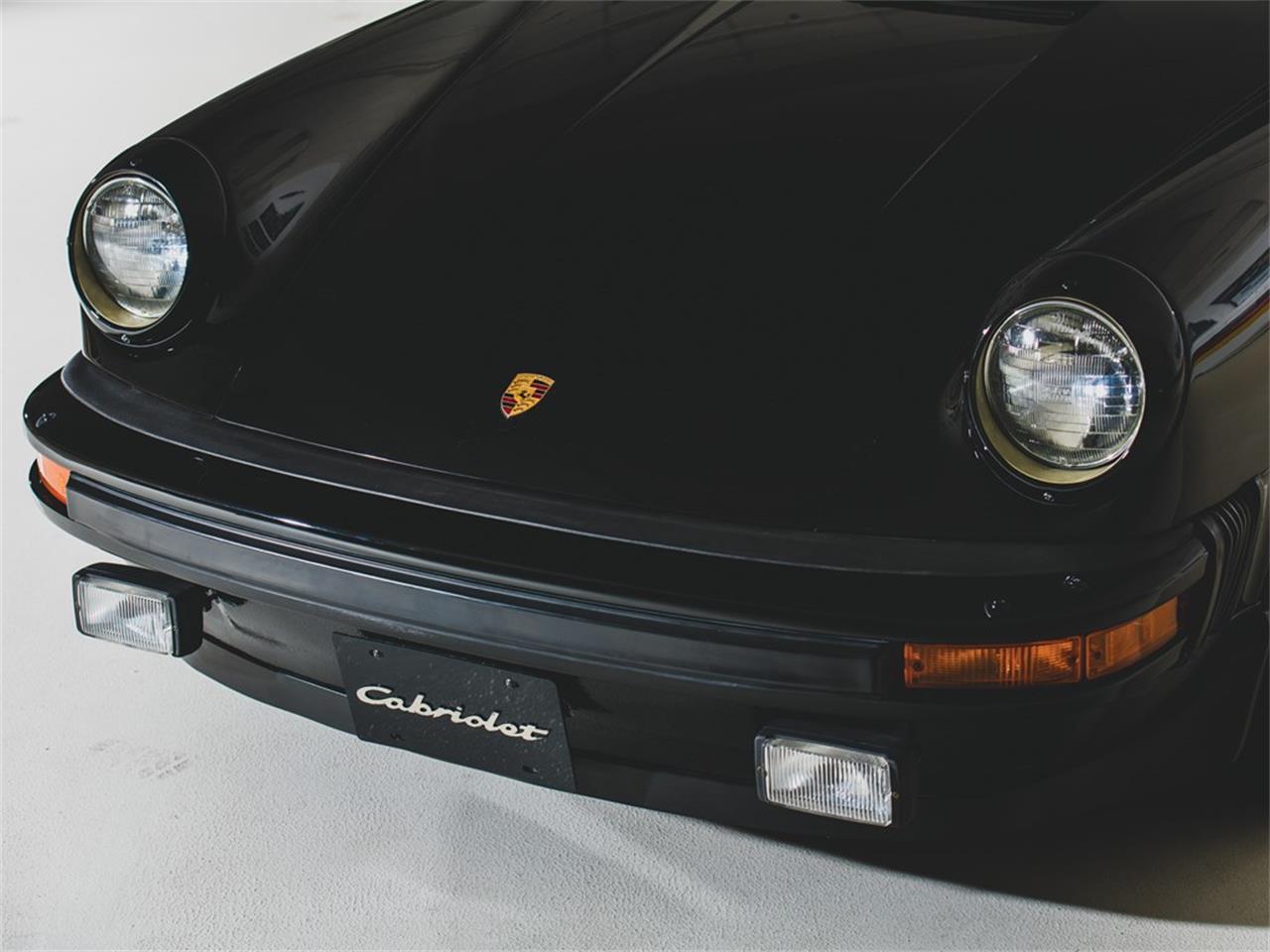 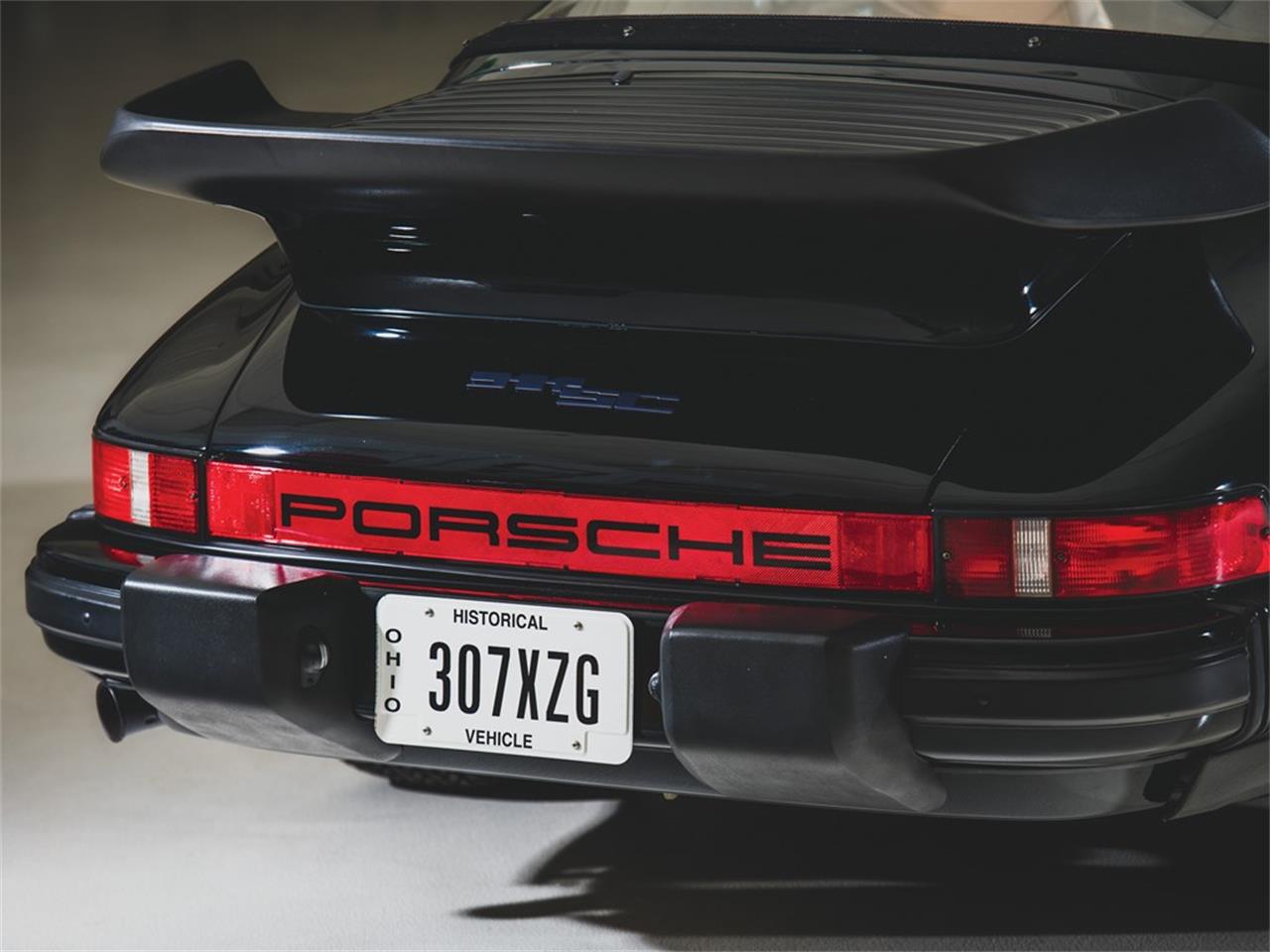 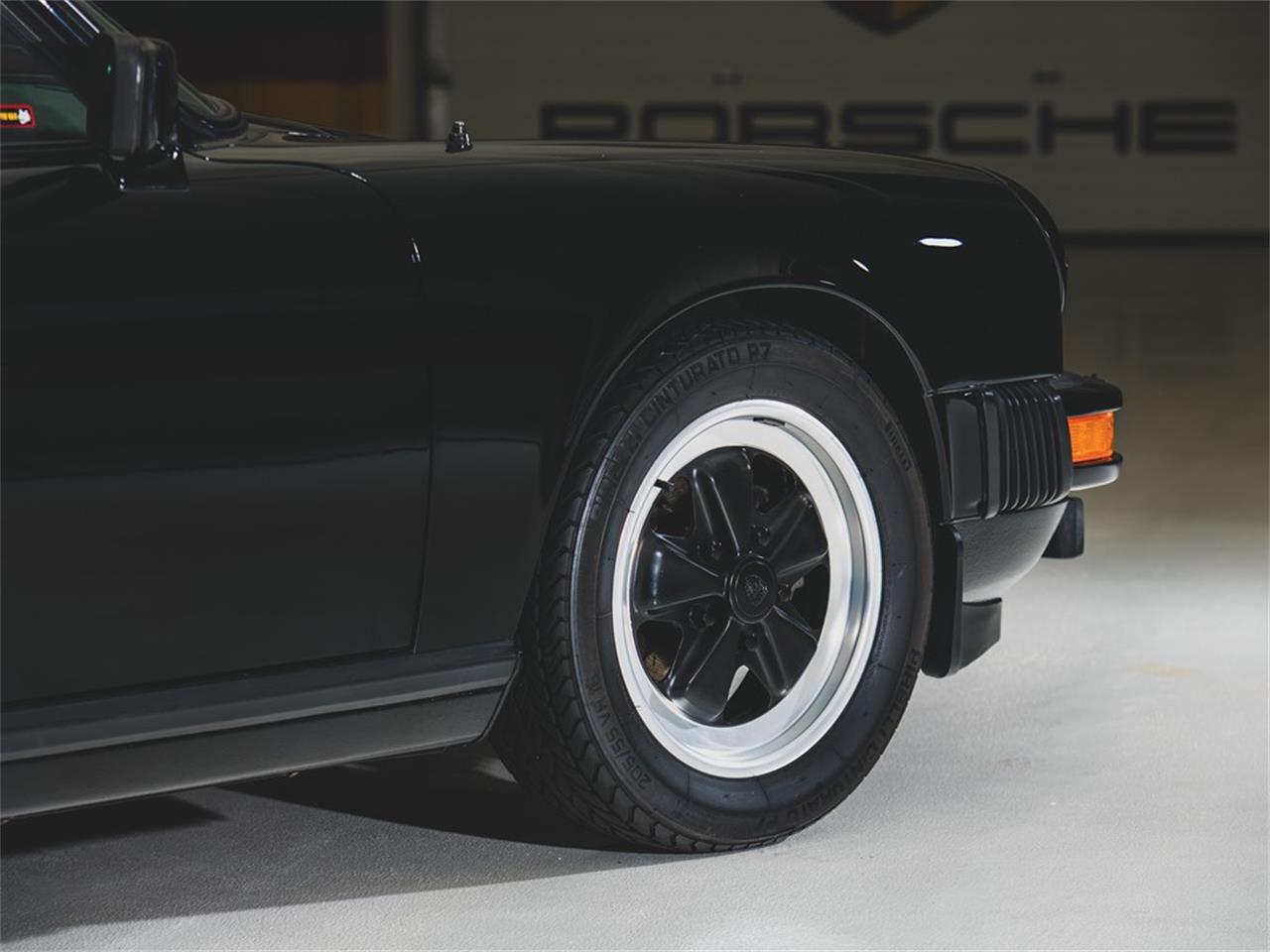 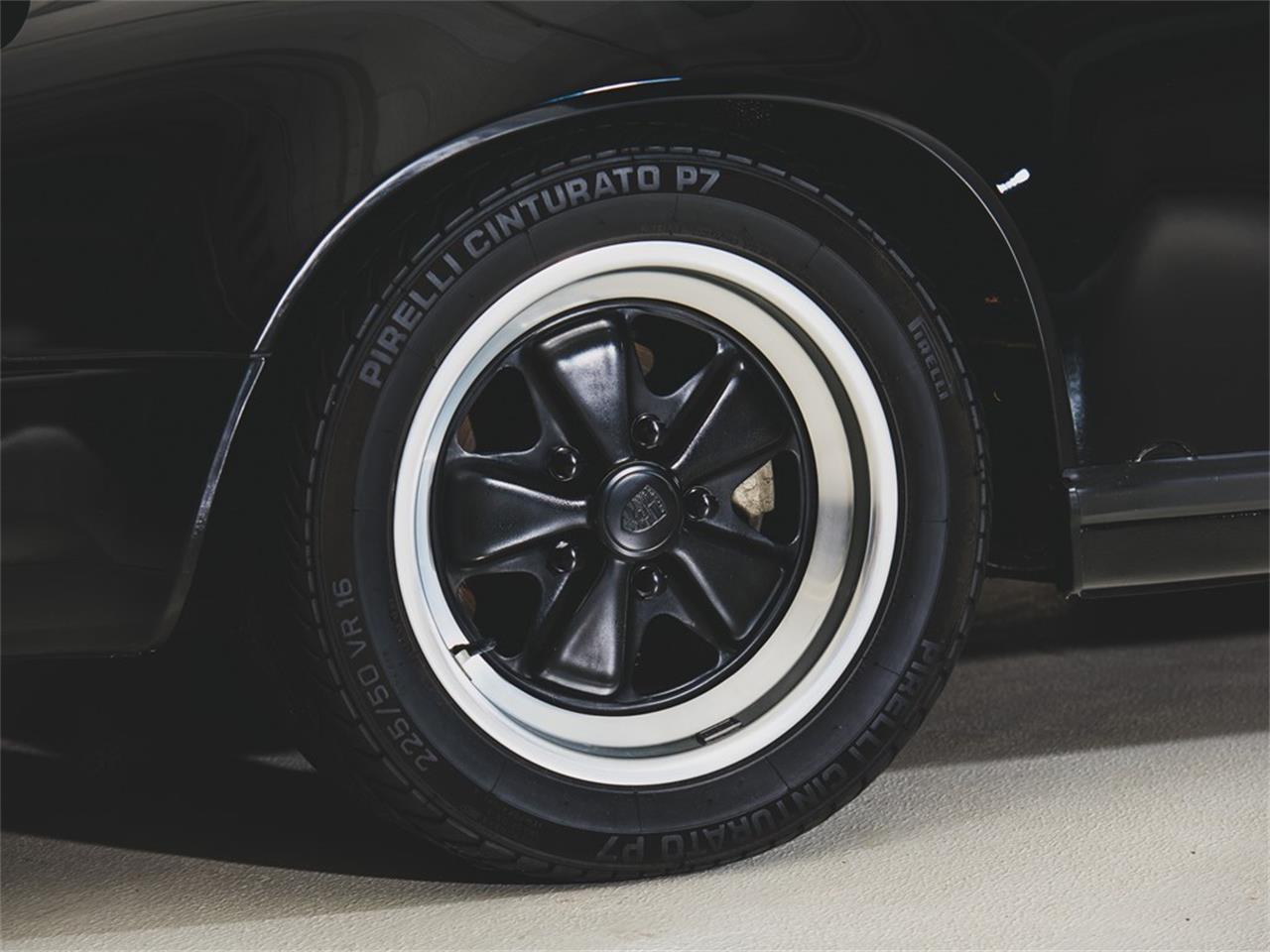 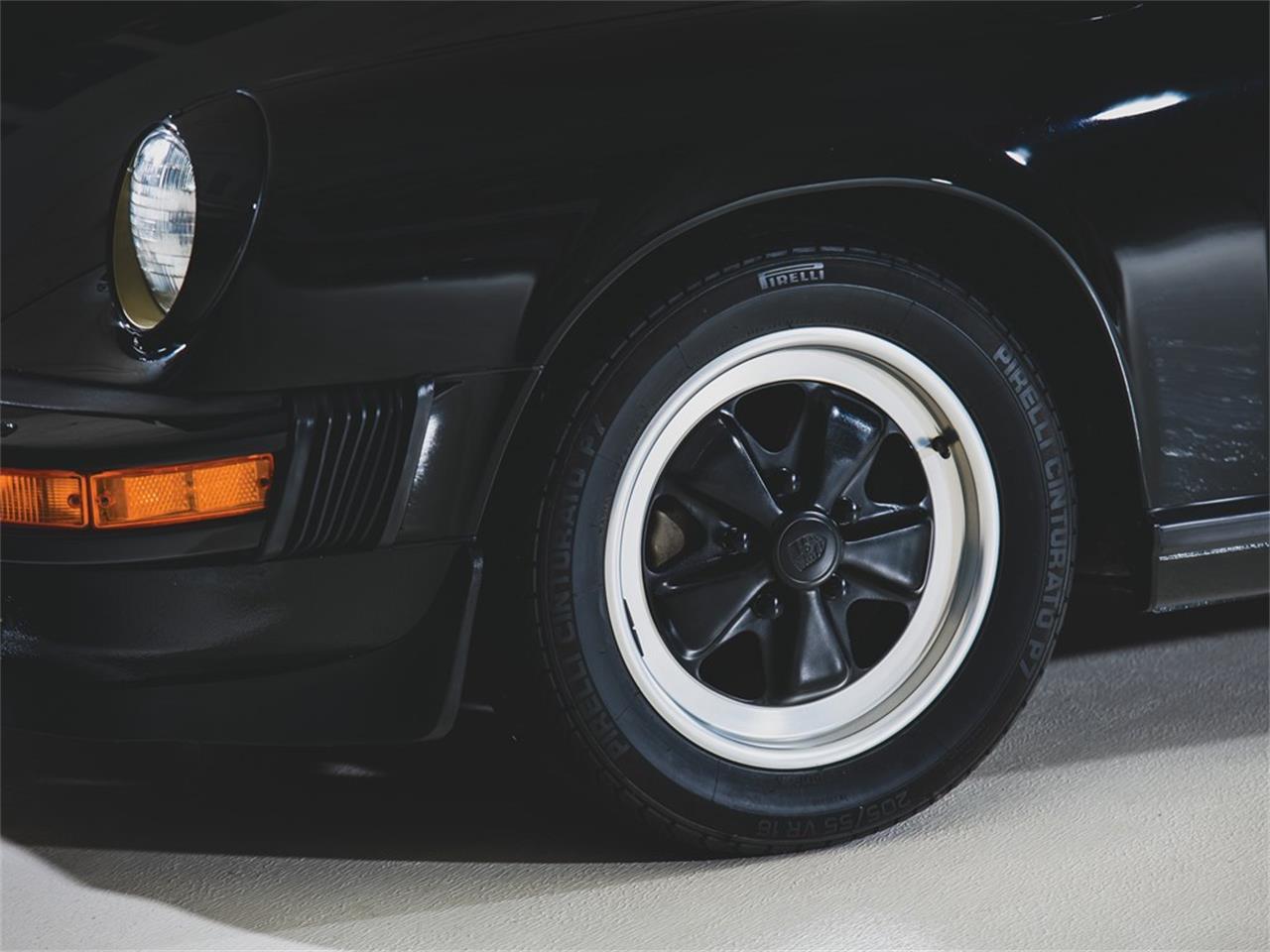 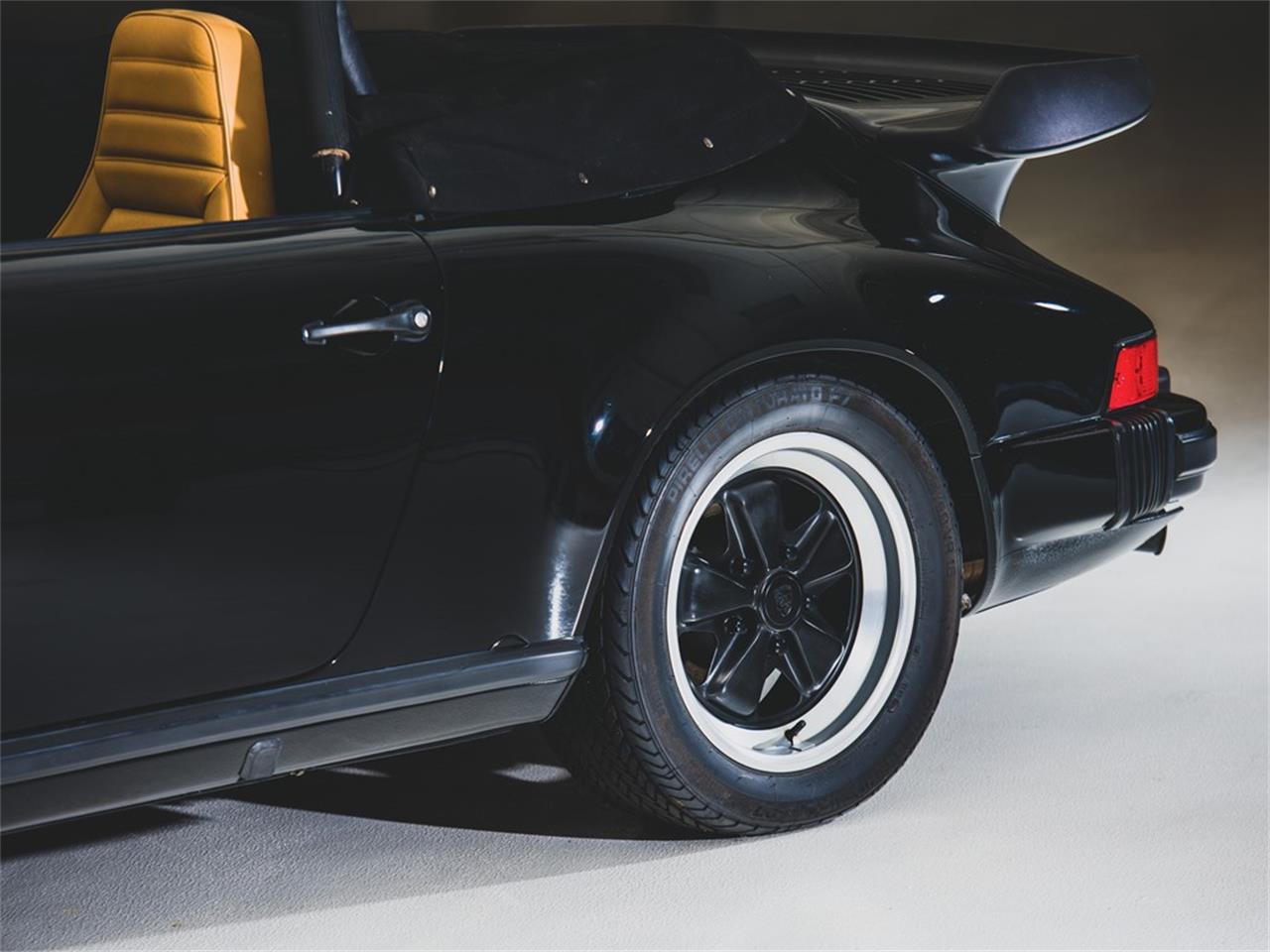 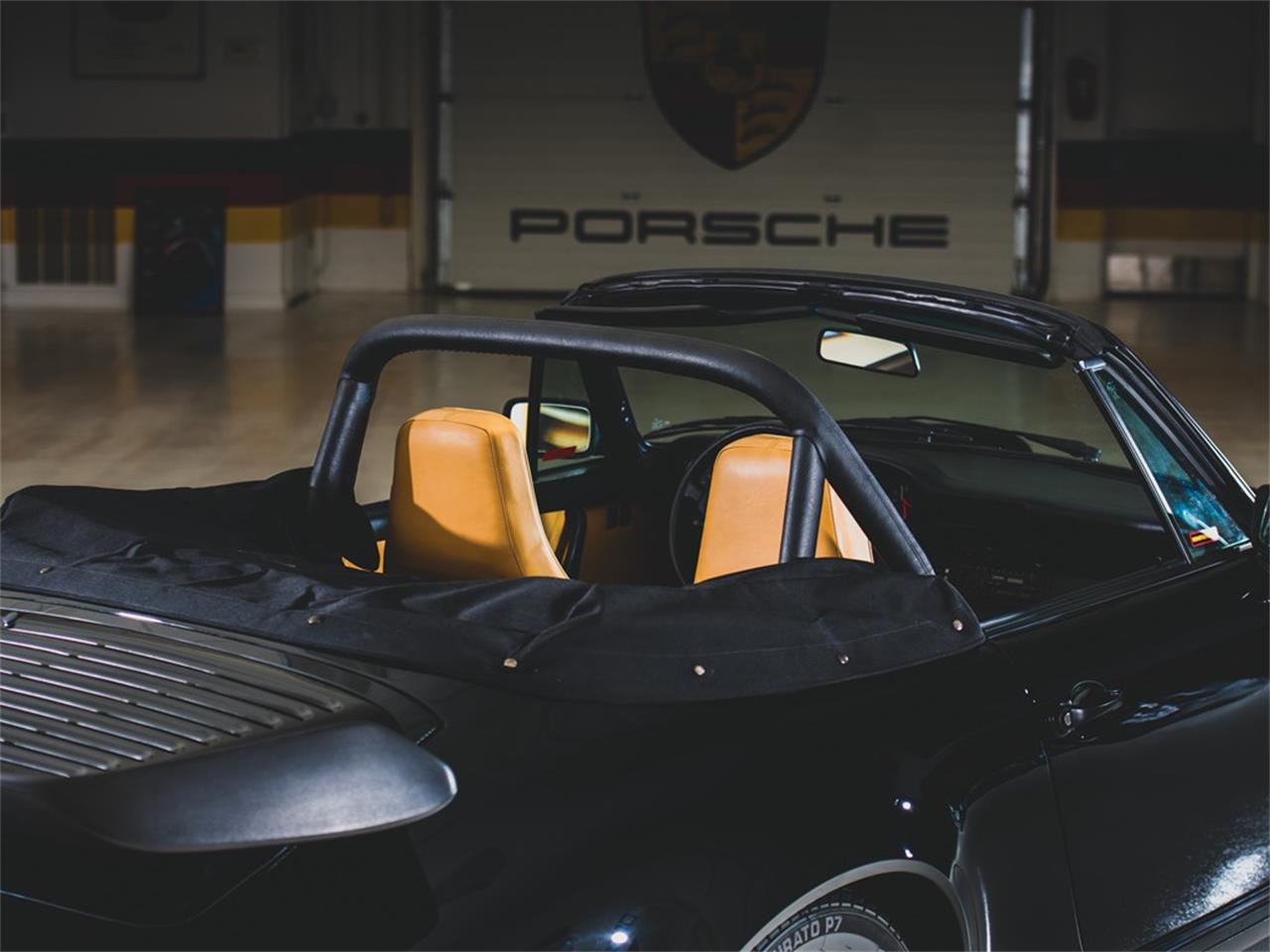 To Be OFFERED AT AUCTION WITHOUT RESERVE at RM Sothebys' The Taj Ma Garaj Collection event, 28 September 2019. Matching-numbers example Three-owner car; showing 9,230 miles from new Very nicely optioned example Includes Porsche Certificate of Authenticity The all-but-bulletproof three-liter air-cooled engine of the 911 SC, which was sold from 1978 through 1983, helped bolster Porsche's reputation as a manufacturer of reliable high-performance sports cars. The L-series SC�for "Super Carrera" �was offered in three flavors: coupe, Targa, and the open-air cabriolet with a manually folding canvas top and zippered back window, introduced in 1983. All proved immensely popular. Power grew to 180 bhp and 175 foot-pounds of torque for U.S.-spec models. The SC offered widened rear quarters and front wheel openings to accommodate six- and seven-inch-wide, 15-inch Fuchs alloy wheels. Even wider 16-inch wheels were also available as an option, as featured on the subject car. This example is one of 1,718 SC cabriolets produced for the U.S. market for 1983. It was shipped to Bob Hagestad Porsche-Audi in Denver, Colorado, and delivered to its first owner on 26 July 1983. For that model year, Porsche offered 15 standard paint colors, all but three of them metallics. This handsome cabriolet left the factory in Black, with a full-leather Champagne interior and fully padded black canvas folding top and top boot. The Certificate of Authenticity notes that this car was factory-equipped with U.S. equipment, a dual-scale (metric and imperial) speedometer, a Blaupunkt Monterey AM/FM/cassette stereo head with antenna and speakers, a heavy-duty 88 a/h battery, 40 percent limited-slip differential, 16-inch Fuchs forged light-alloy wheels with black spokes, cruise control, a rubber-edged rear deck spoiler and rubber front spoiler, a heatable, tinted windshield, fog lights, and an alarm system. There is also an air-conditioning system, electric windows, and electronically adjustable mirrors. By August 1984, this cabriolet had only been driven 2,064 miles, based on a Colorado disclosure form. While the name of the first owner is not recorded in the warranty book, accompanying paperwork suggests that it may have been a Bill Parker, who sold the car to Prestige Porsche-Audi of Lakewood, Colorado, at the end of 1987, with the odometer reading just 7,069 miles. The State of Alaska issued a new registration document to Mr. Jack Lee Gallagher of Fairbanks on 3 January 1988, and it appears that Mr. Gallagher retained the car until 30 December 1998, when it was acquired by John Dixon at the Taj Ma Garaj in Dayton, Ohio. The odometer then read just 8,935 miles. The State of Ohio issued an emissions inspection report dated 2 March 1999, in which this car received a passing grade. A few days later the car was delivered to Dressman, Inc. in Hamilton, Ohio, where it was stripped and repainted in its original color, using Glasurit paint and clearcoat. It was also treated with Waxoyl anti-rust protection. On 16 May 2000, the car was fully serviced with numerous detail items repaired or replaced, including a new warm-up regulator, window seals, and some trim pieces. Mr. Dixon displayed the car at the Boonshaft Museum of Discovery Concours d'Elegance. This very attractive low-mileage SC cabriolet is equipped with a padded removable rollbar, a set of correct manuals in a maroon vinyl slipcase, a car cover, wind deflector, spare wheel and tool kit, and a history file with extensive documentation. The Pirelli Cinturato P7 tires in 205/55-16 and 225/50-16 appear to be in good condition, and the canvas top is in fine shape with a clear and unblemished plastic backlight. This 911 SC is very appealing and offers an ideal Porsche to provide its next owner with many more miles of enjoyable and reliable open-air motoring.To view this car and others currently consigned to this auction, please visit the RM website at rmsothebys.com/en/auctions/tg19 . 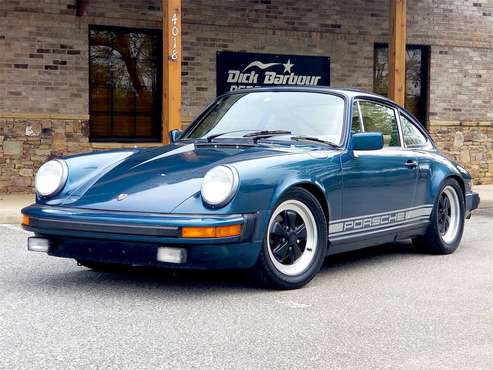 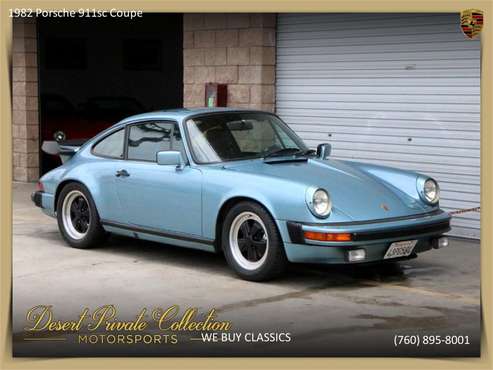 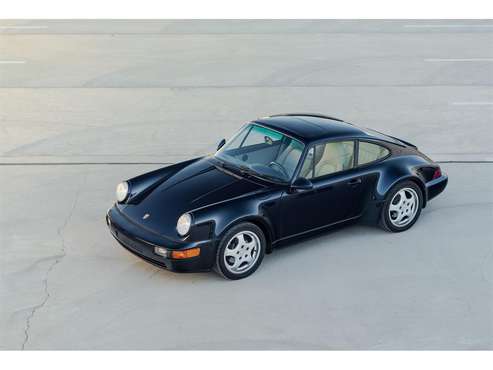 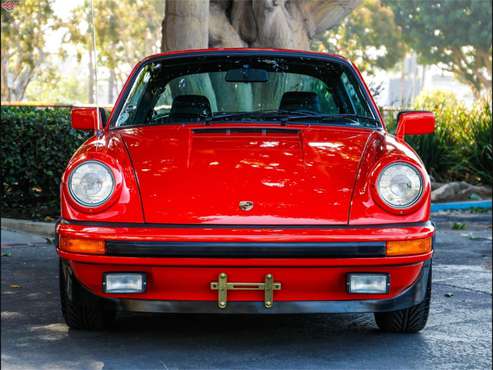 Chequered Flag International is pleased to offer this 1981 911 SC Targa in Guards Red with Black leather interior. One owner from new. 18871 miles ... 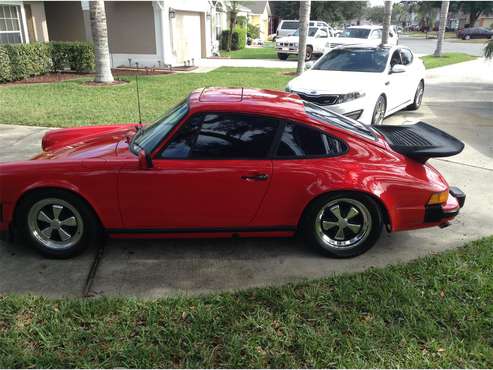 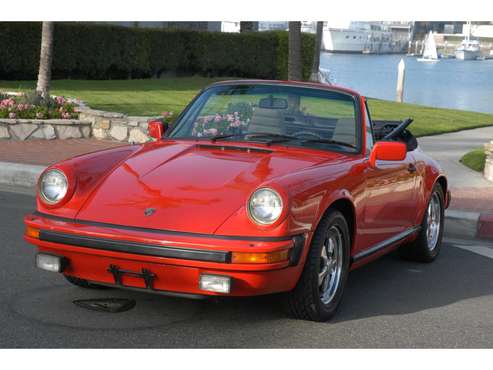