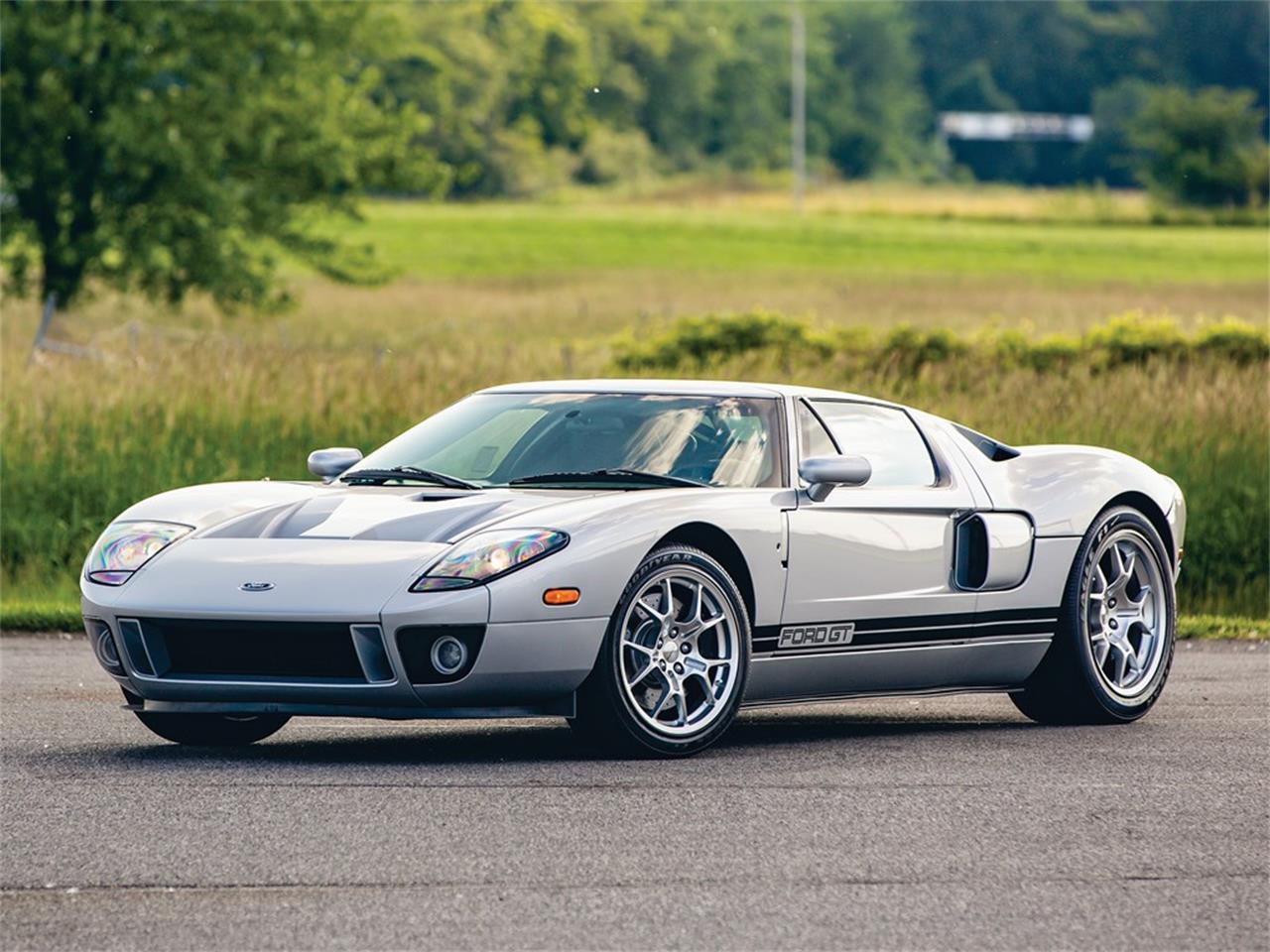 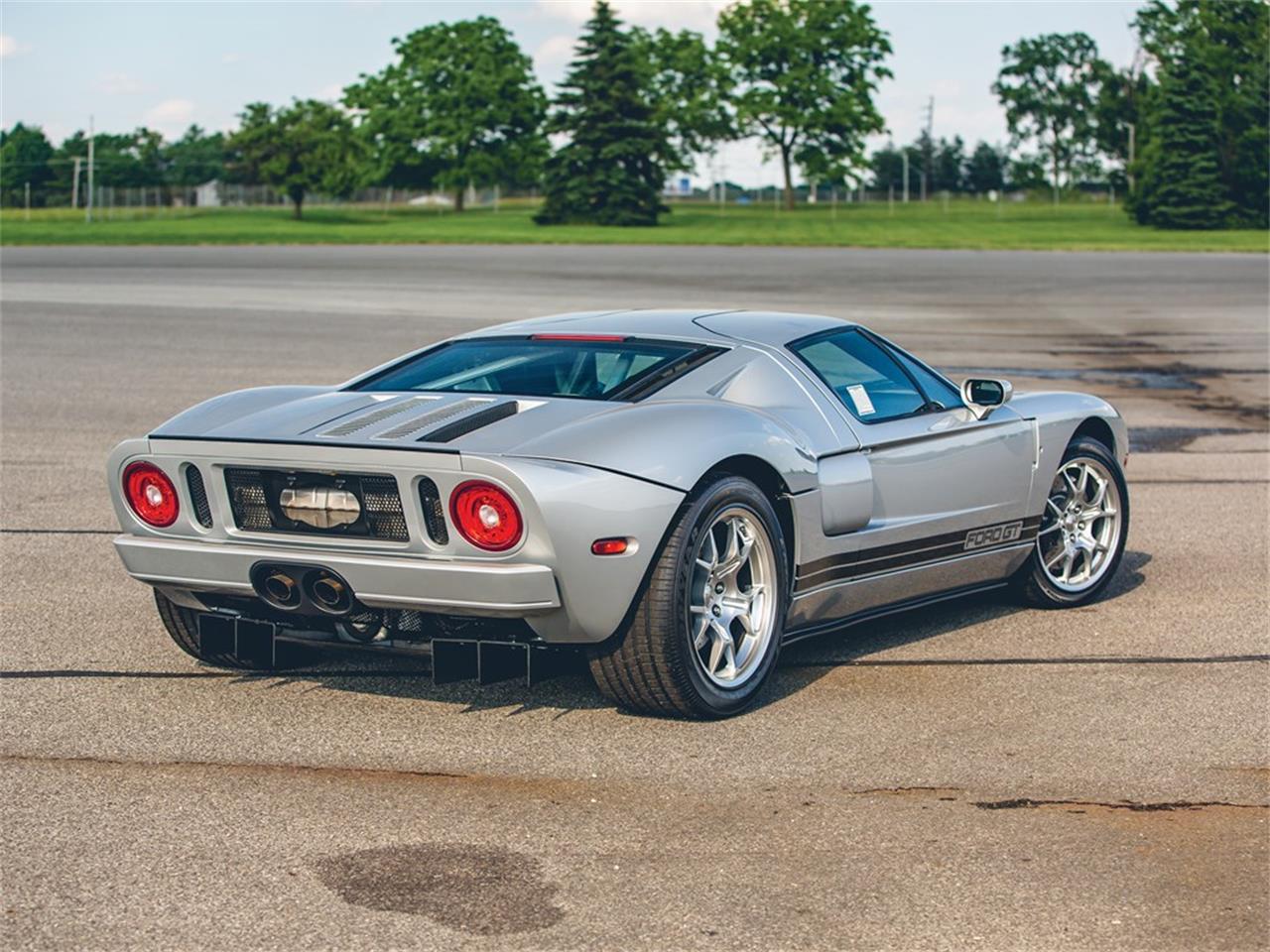 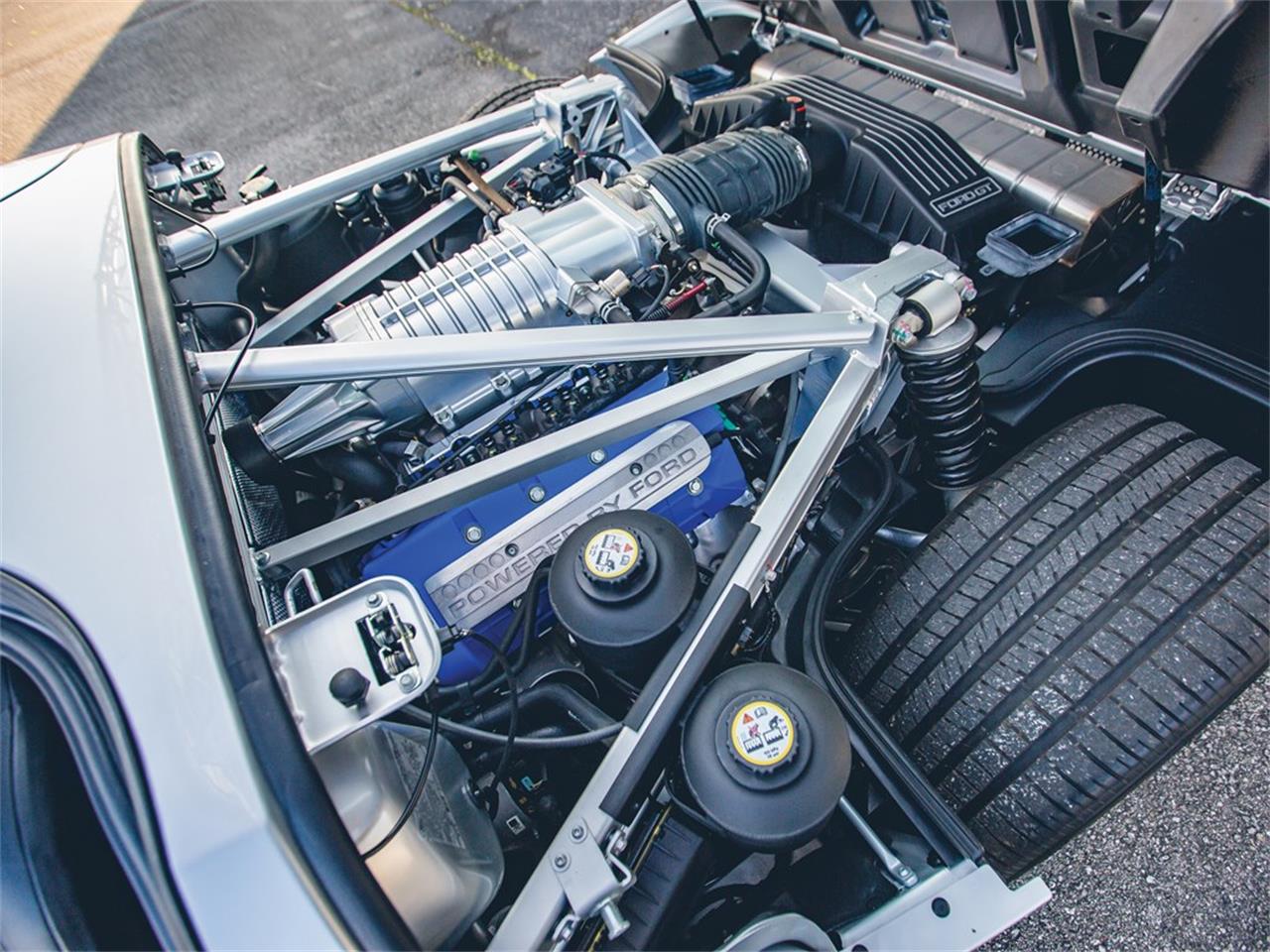 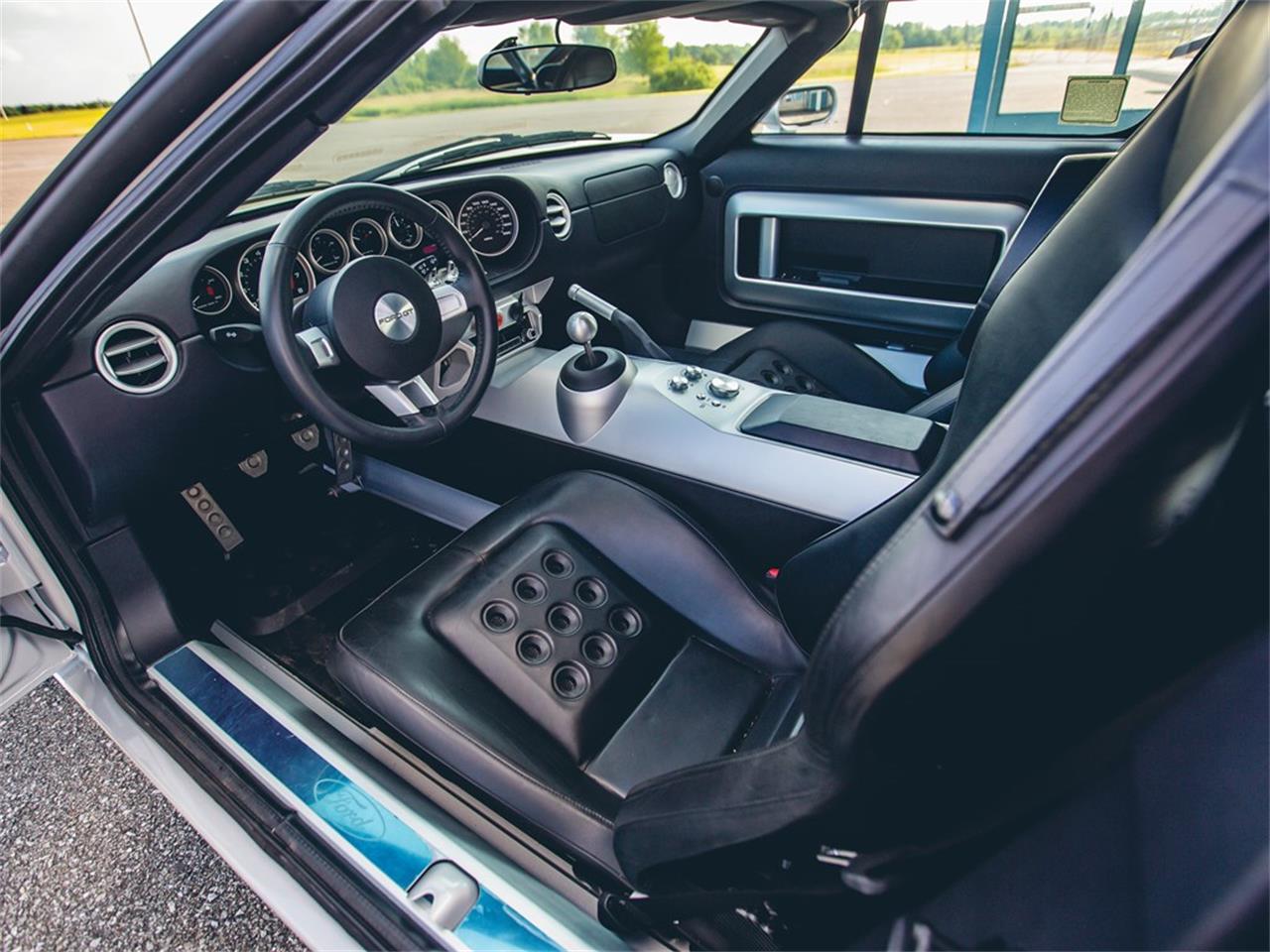 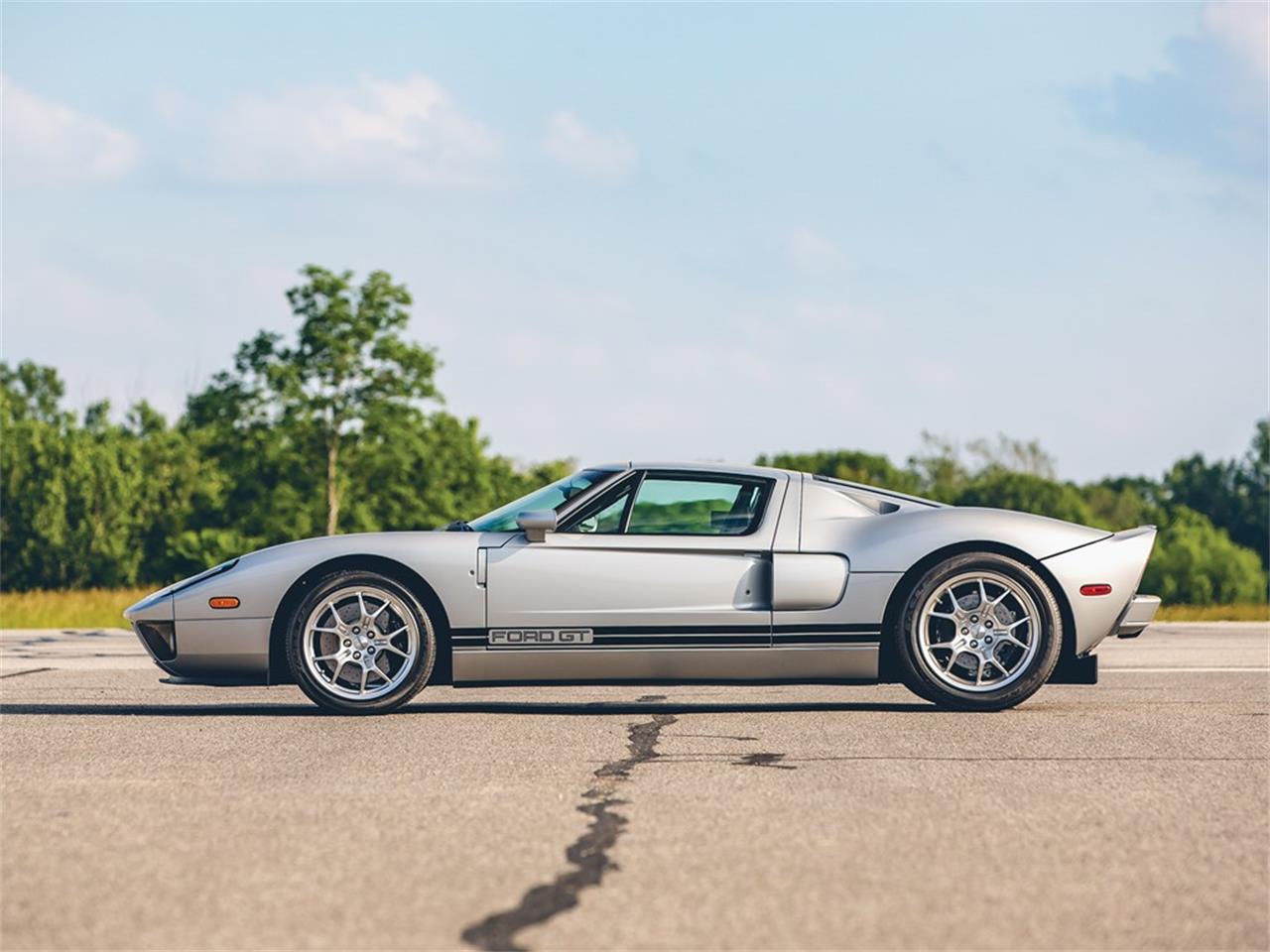 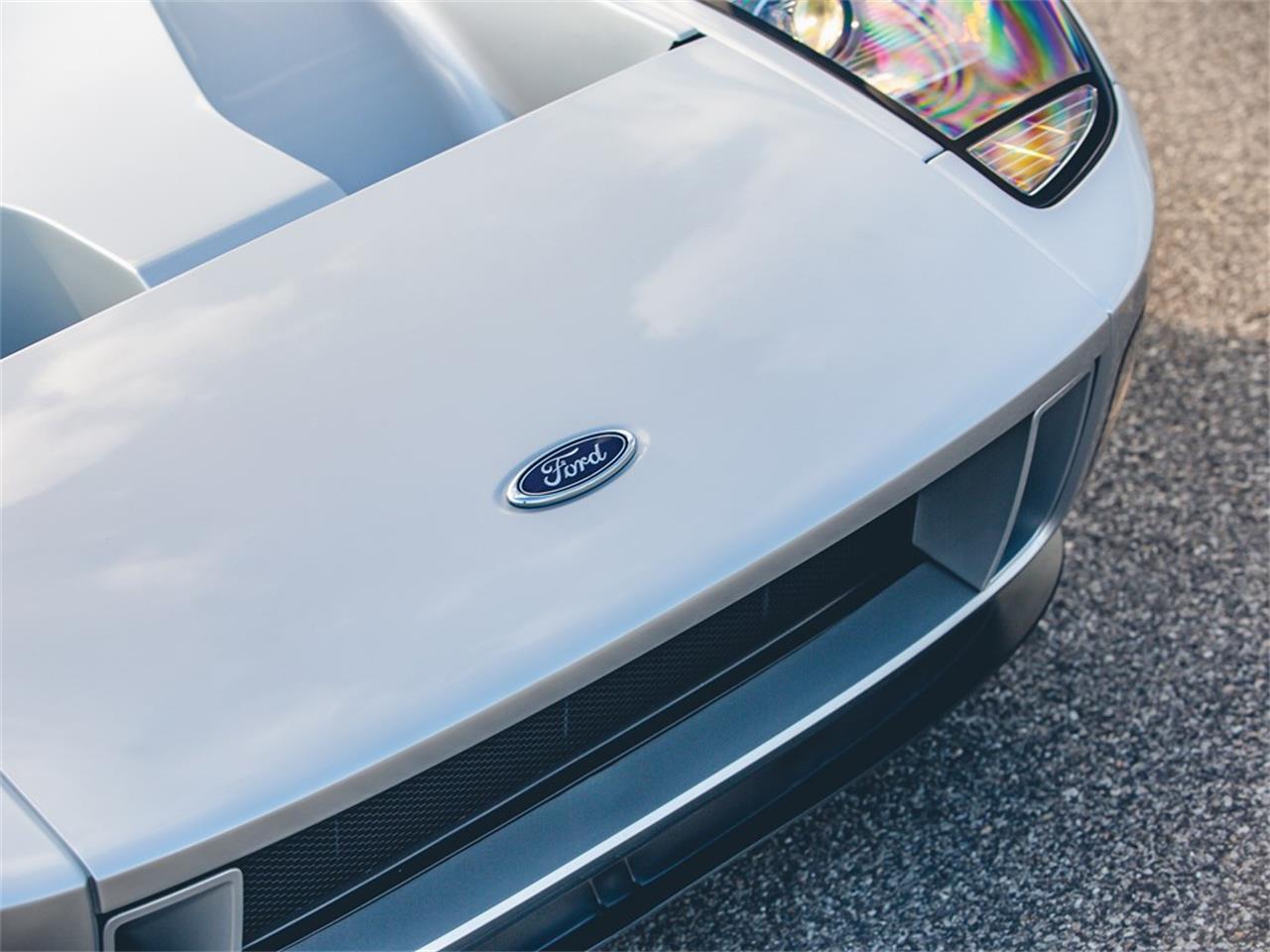 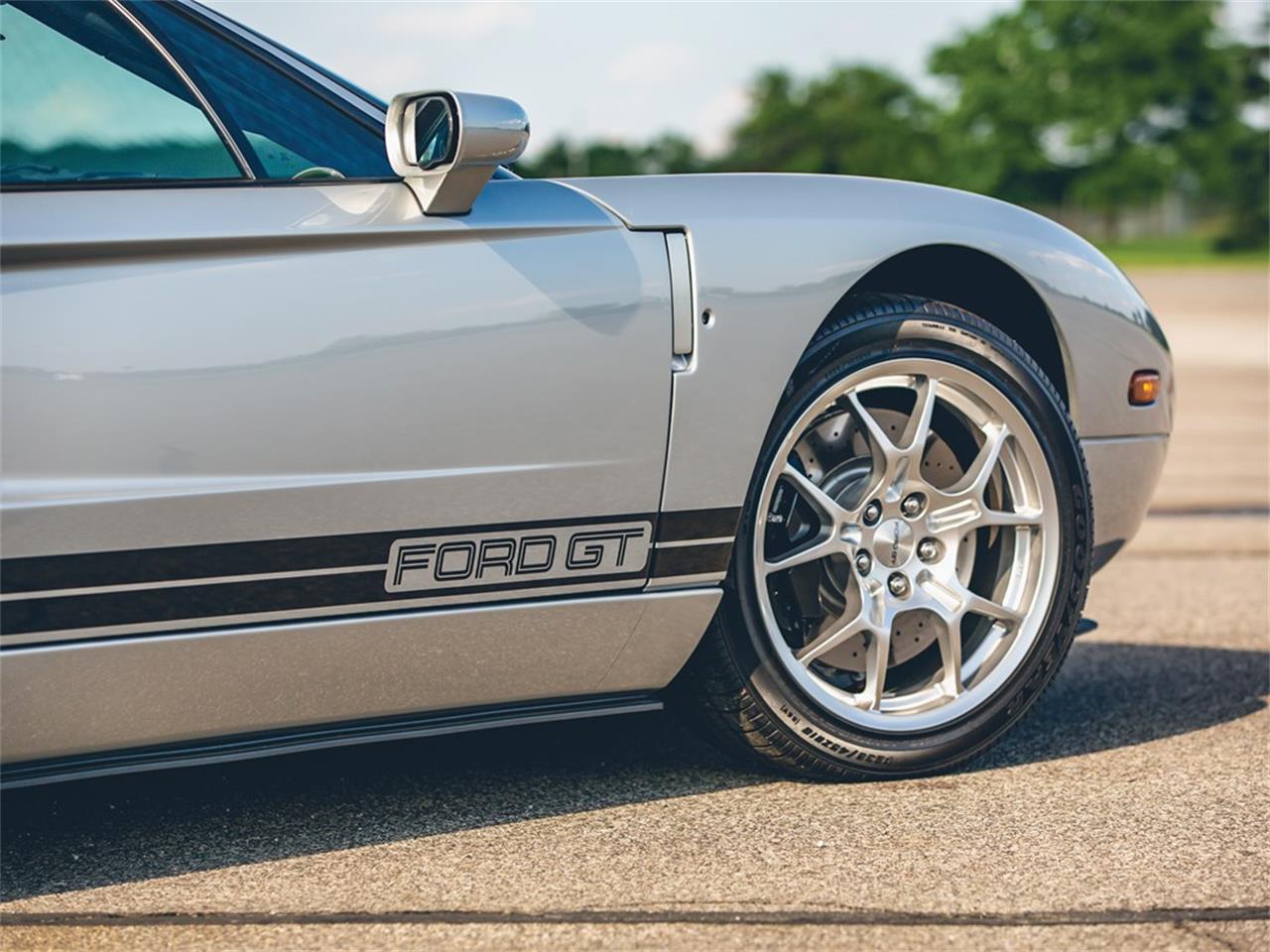 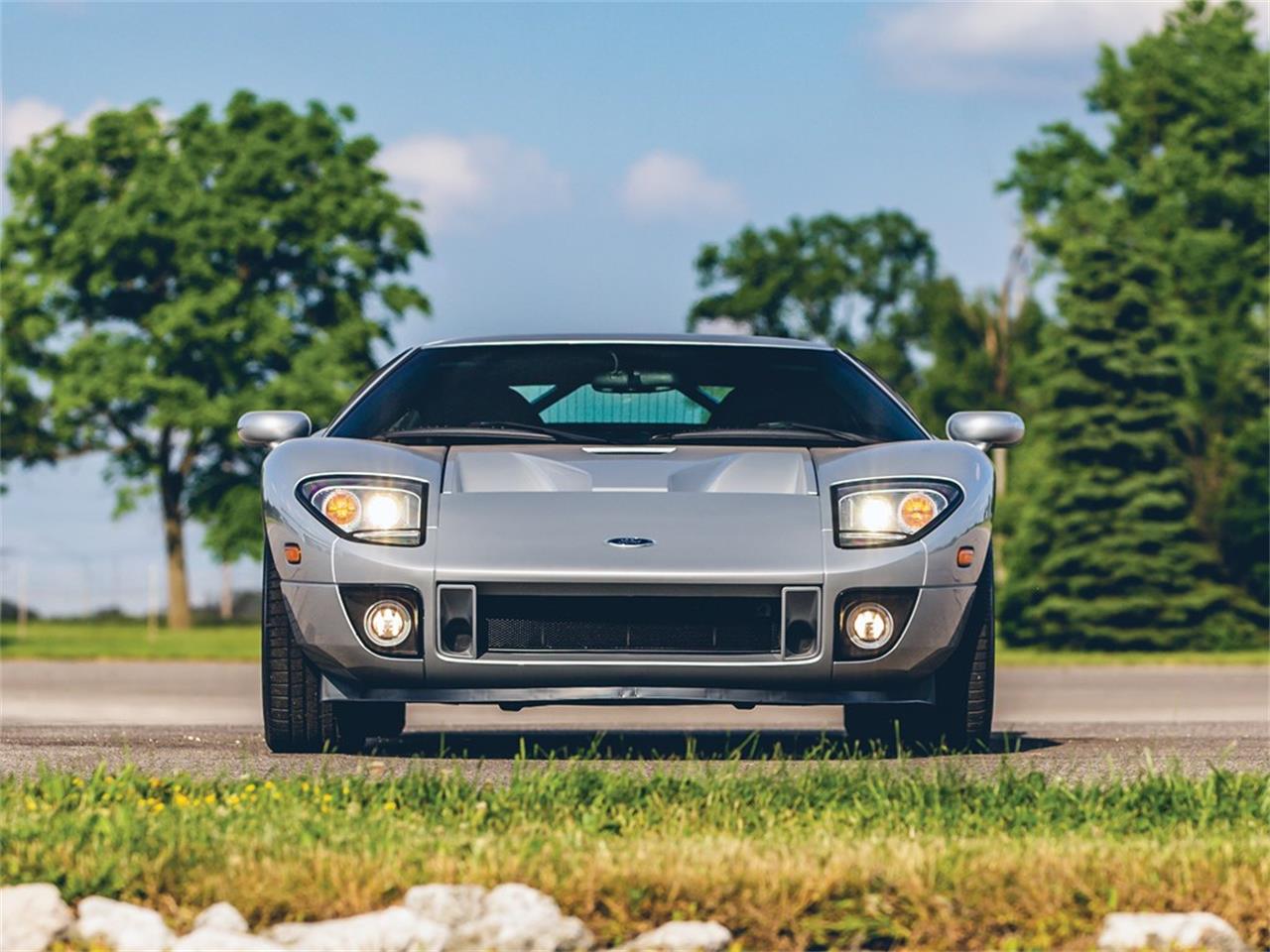 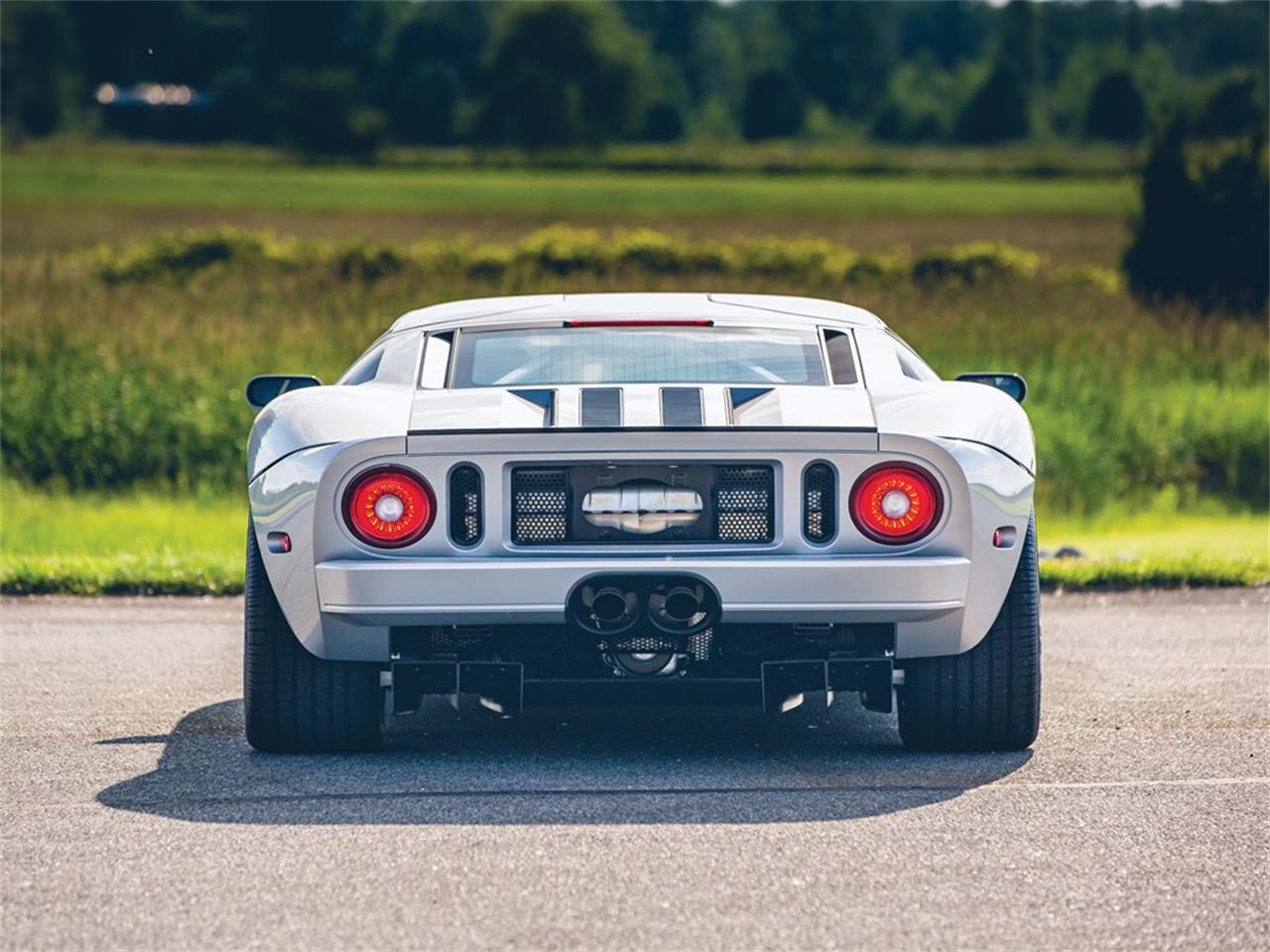 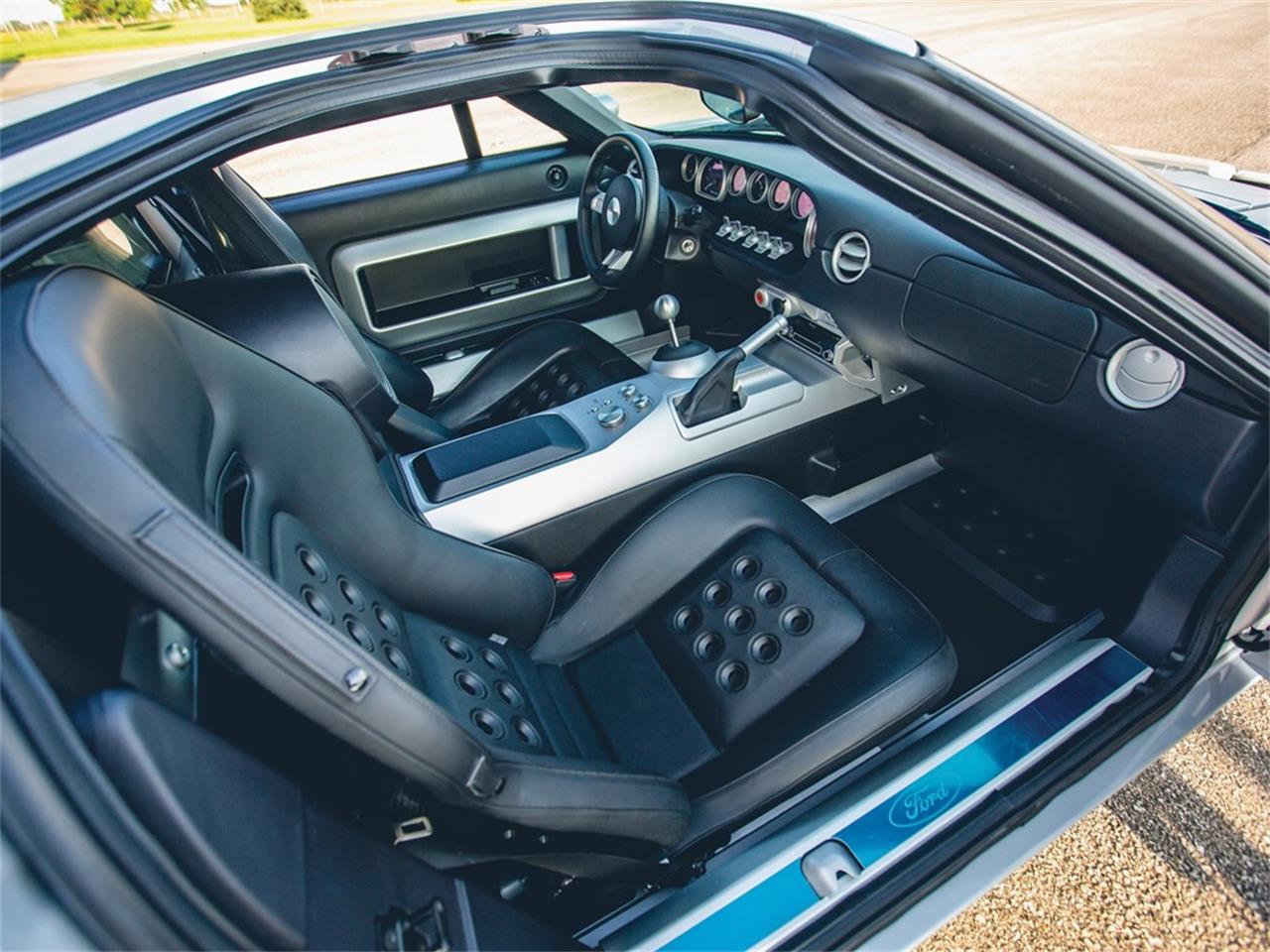 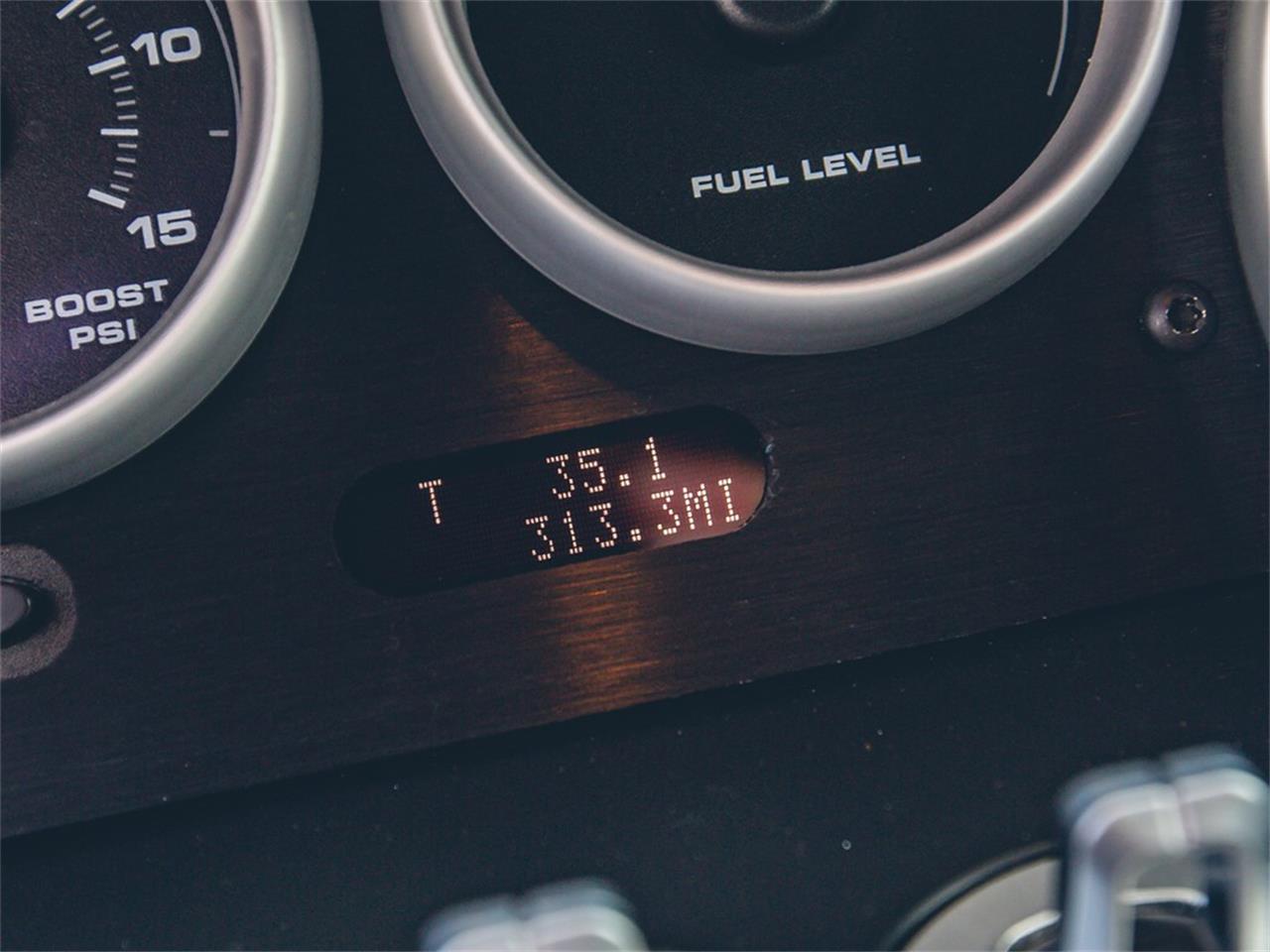 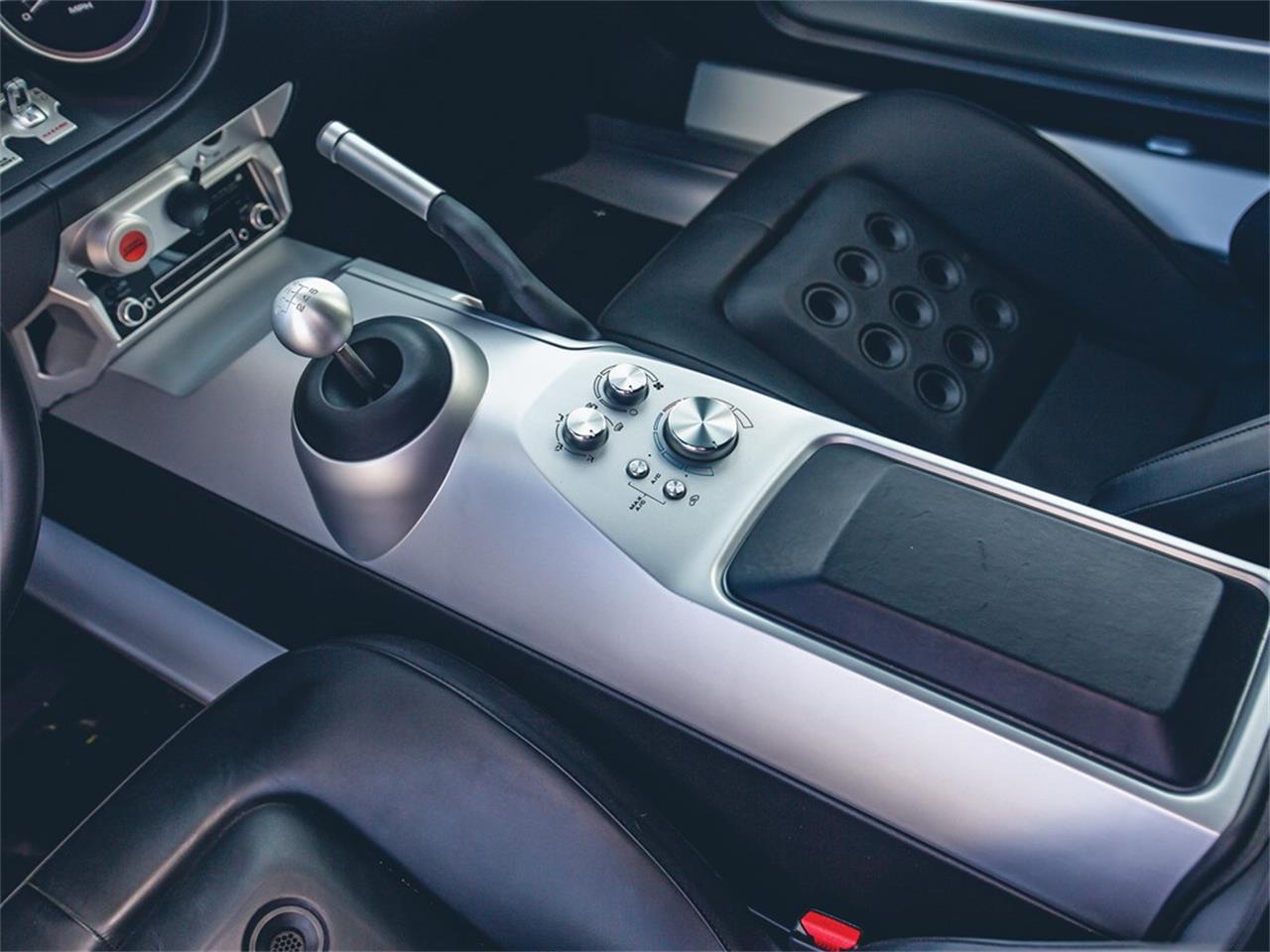 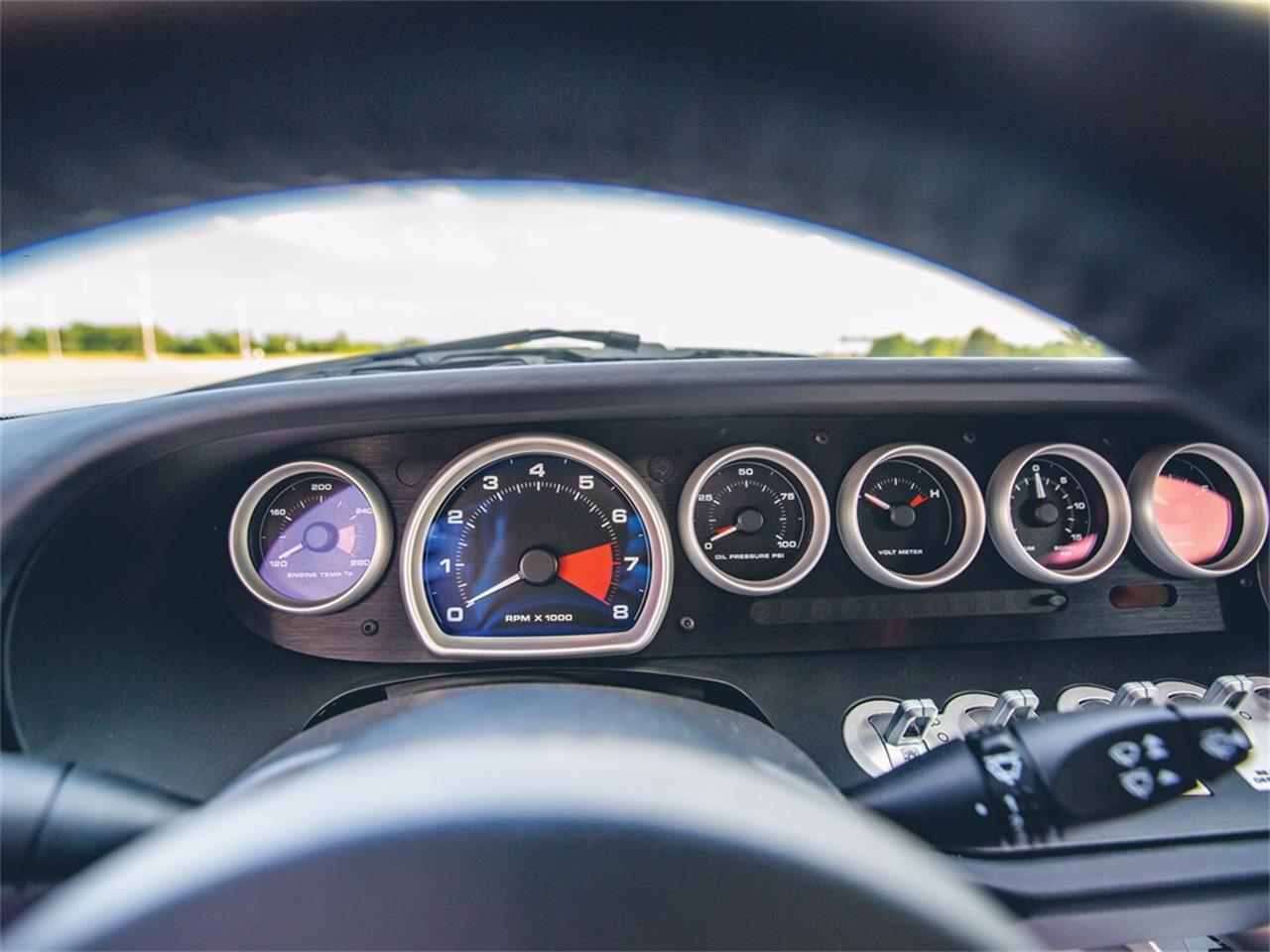 To Be OFFERED AT AUCTION at RM Sothebys' Auburn Fall event, 29 August - 1 September 2019. Estimate: $300,000 - $350,000 Two-option example; McIntosh radio and forged BBS wheels One of only 26 finished in Quick Silver with side stripes for 2005 Displays 313 miles at time of cataloguing Rare hood-stripe delete Built in celebration of the 100th anniversary of Ford Motor Company, Ford promoted the GT upon its introduction as "The Pace Car for an Entire Company," and it soon lived up to its name. An homage to the iconic GT40 that led Ford to a four-year winning streak at the 24 Hours of Le Mans from 1966-1969, the new GT's silhouette was instantly recognizable to motorsport fans worldwide as an icon of American performance. More to the point, the new GT was destined to be a world beater and take on the best of the best from around the globe, including Ferrari. Continuing the tradition of the legendary GT40, it was only appropriate the new GT be powered by a supercharged 5.4-liter V-8 engine. The 32-valve cylinder heads from the Mustang SVT Cobra R were modified with a thicker wall casting in the exhaust port, and a new camshaft provided increased lift and duration. Atop the V-8 sits a Lysholm twin-screw supercharger forcing a maximum 11.7 psi of boost into the engine. As stated from the factory, the engine produces 550 hp and 500 foot-pounds of torque. Four-piston aluminum Brembo brake calipers with cross-drilled and ventilated rotors on all four wheels made sure to bring the vehicle to an abrupt stop from any speed. Most impressively, a top speed of 205 mph and a 0-60 time of 3.3 seconds place the GT in closer competition to the Porsche Carrera GT and Mercedes-McLaren SLR, rather than the benchmarked Ferrari 360. An understated, over-the-top stripe-delete example, it's one of only 26 produced for 2005 in Quick Silver with side stripes only. The car is in near-factory condition and presents exceptionally well throughout, the odometer displaying only 313 miles at time of cataloguing. Built at Ford's Wixom plant, the GT was shipped via rail to the West Coast, where it was delivered to Kearny Mesa Ford of San Diego, California. A two-option example, the car features the upgraded McIntosh radio and lightweight forged BBS aluminum wheels. The car is accompanied by a binder of documentation, including Ford GT corporate literature, window sticker, certificate of authenticity, manuals, and air compressor. With its stunning retro-inspired design and breathtaking power, the Ford GT has been a highly sought-after model since its release. This low-mileage example, with its rare exterior finish, is an excellent opportunity to own a genuine piece of Ford performance history.To view this car and others currently consigned to this auction, please visit the RM website at rmsothebys.com/en/auctions/af19 . 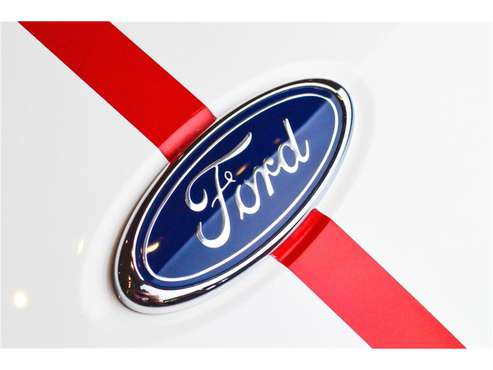 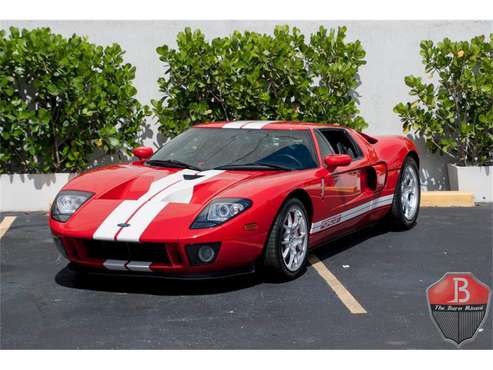 FOLLOW: @gastonrossato @thebarnmiami for behind the scenes. 2006 Ford GT available for immediate delivery! Equipped with all four factory options! ... 2005 Ford GT Has all options Also has A frame cut from a C&amp;C machine I also have all of the manuals, books, dvds, etc that came with the car... 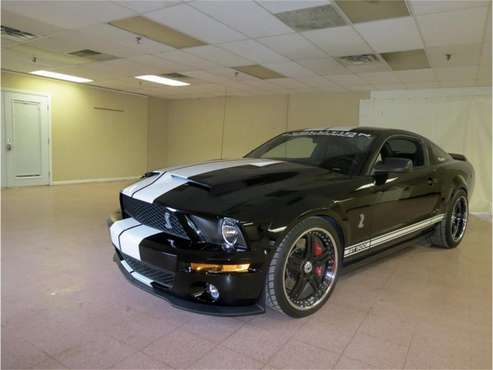 WHIPPLE SUPERCHARGED 5.4L V-8 ENGINE PRODUCING OVER 600 HP FROM THE FACTORY !! THIS CAR HAS A DASH PLATE SIGNED BY ''CAROL SHELBY'' Presented he...