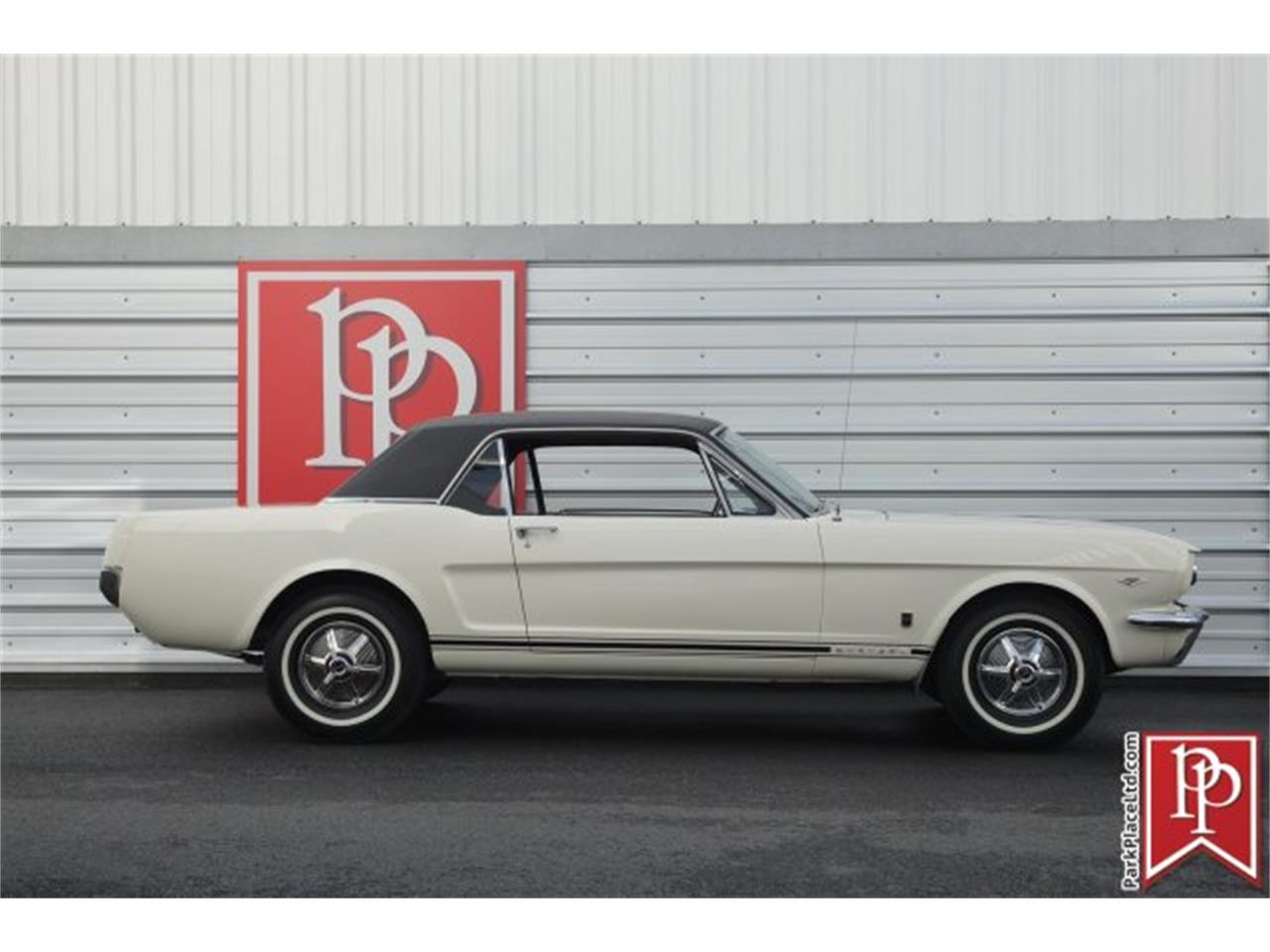 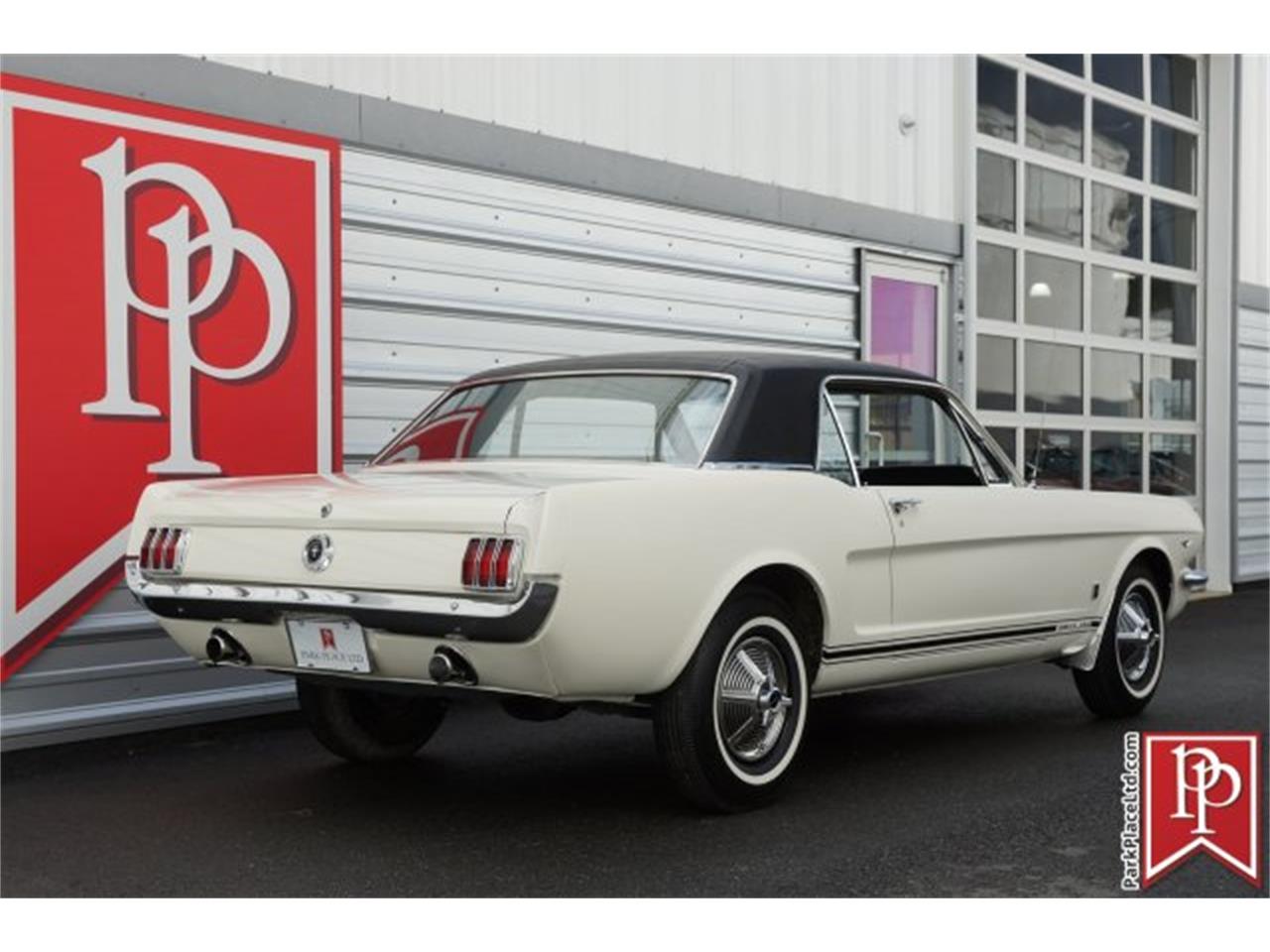 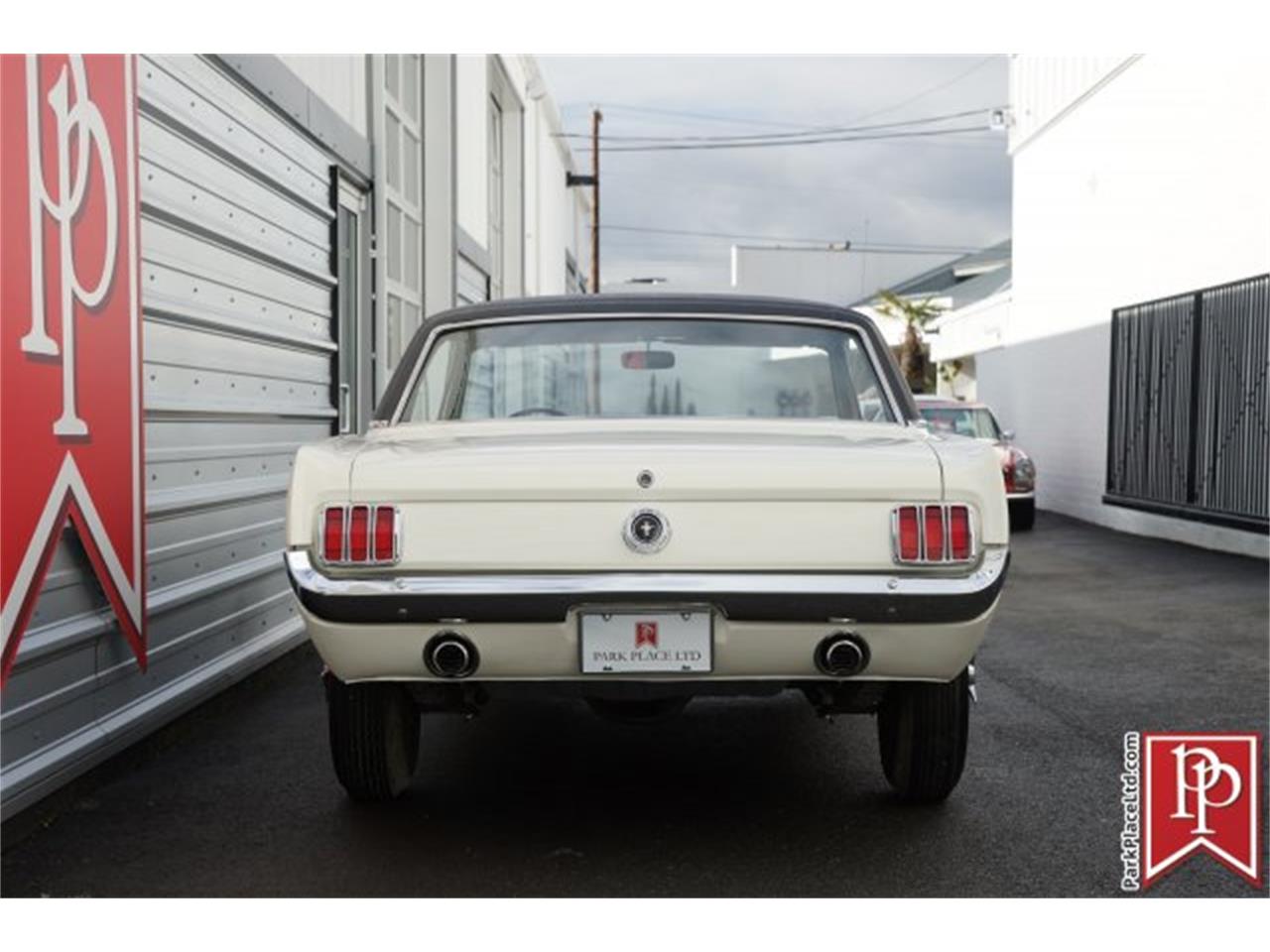 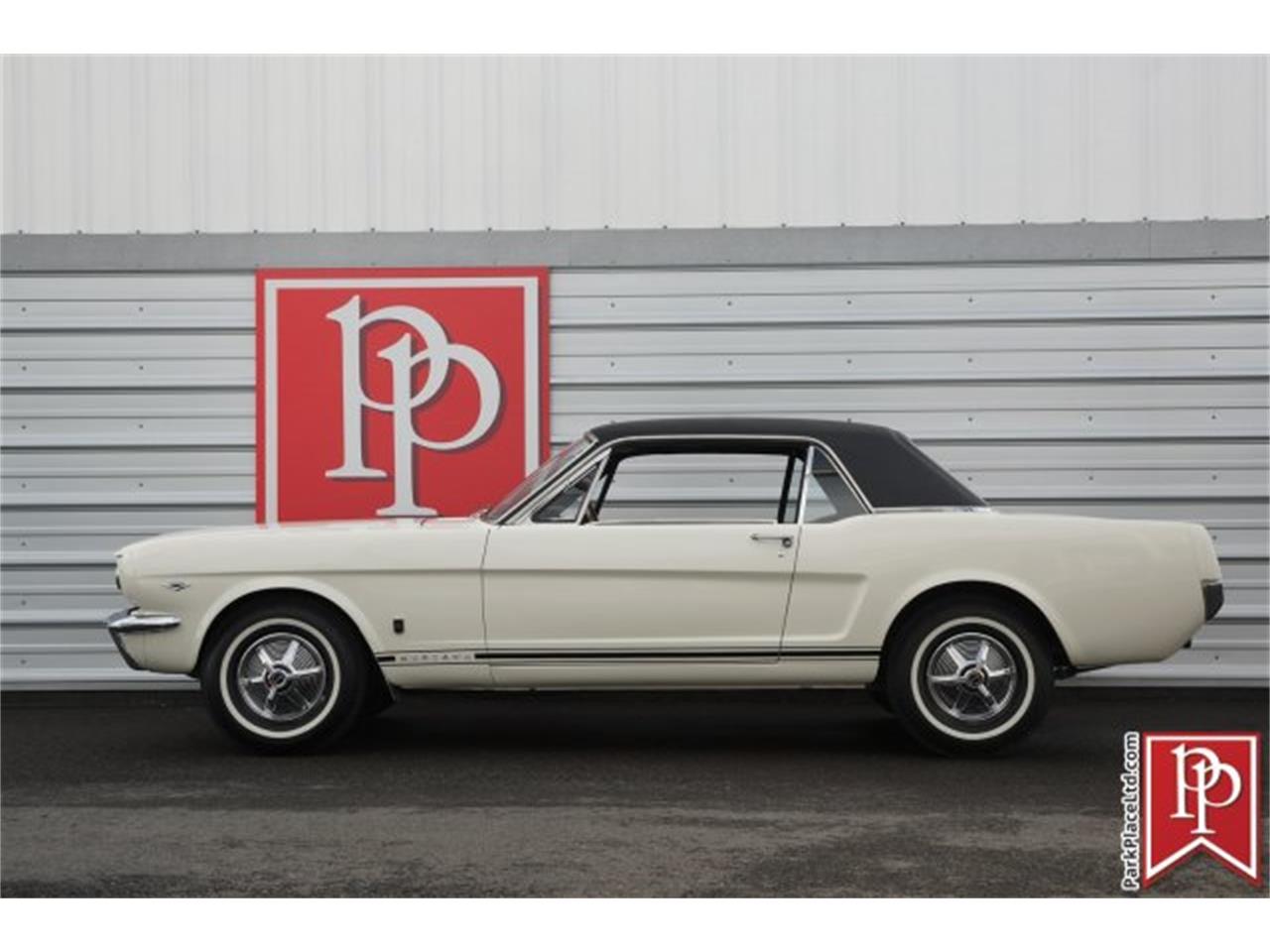 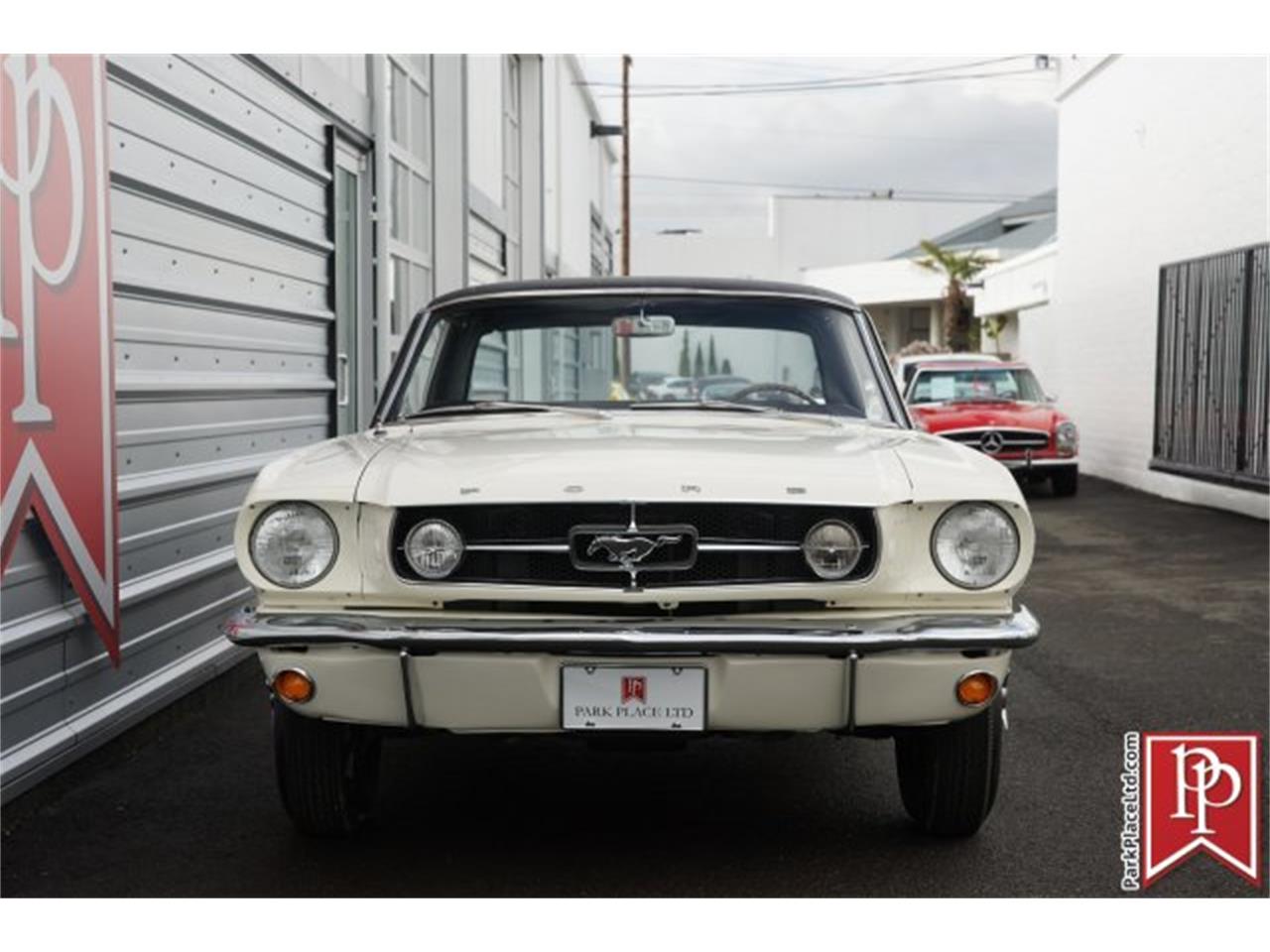 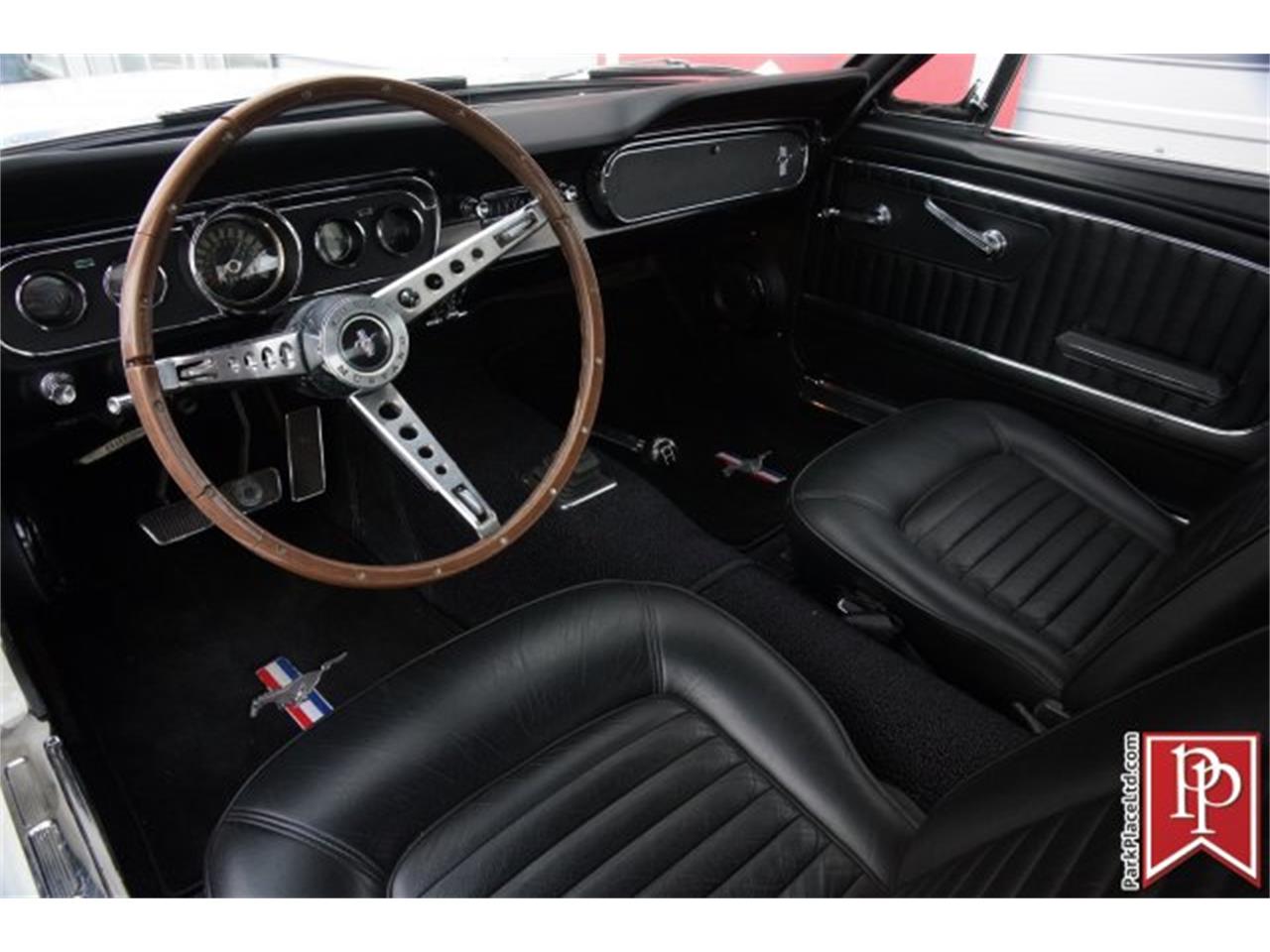 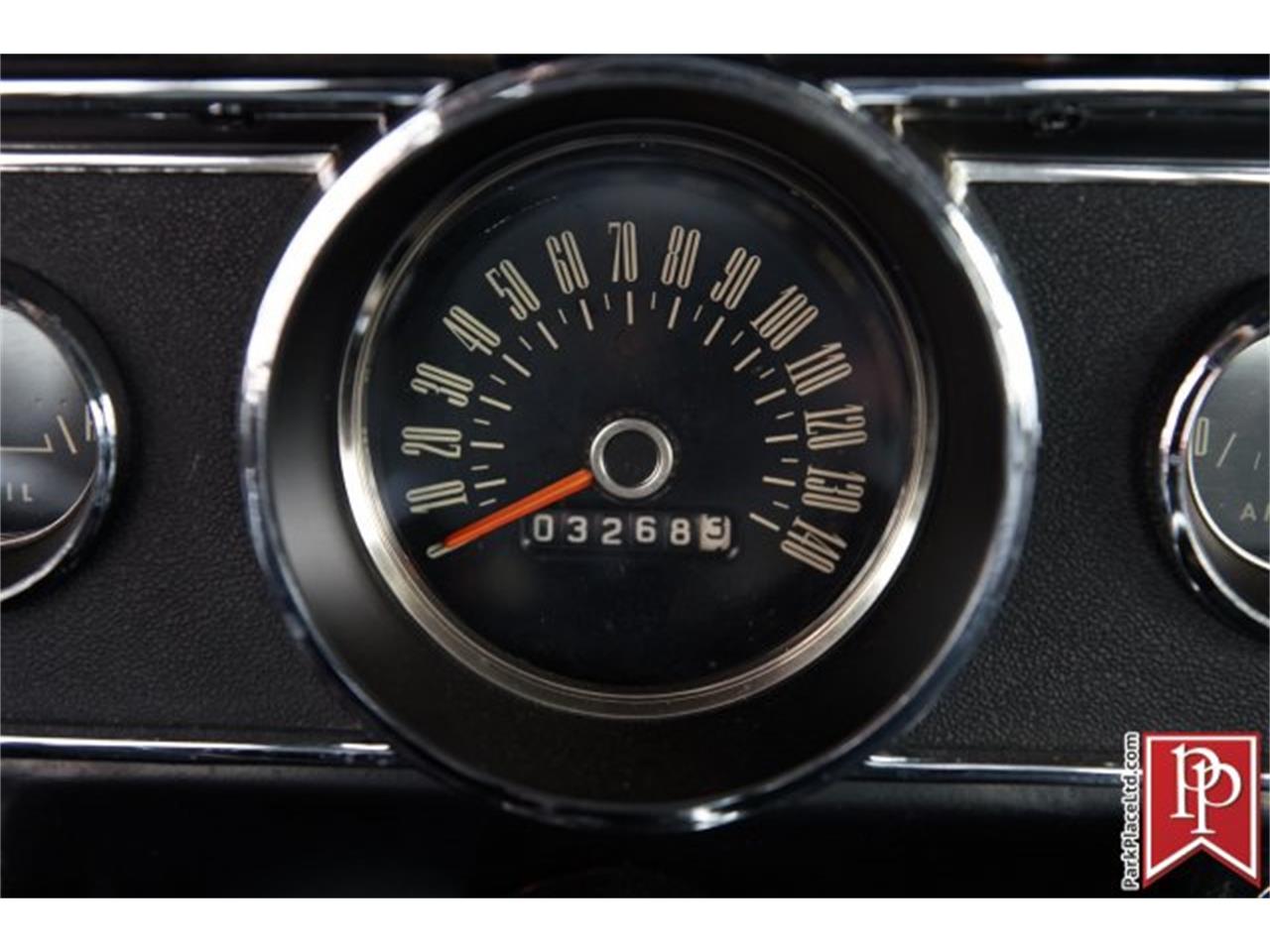 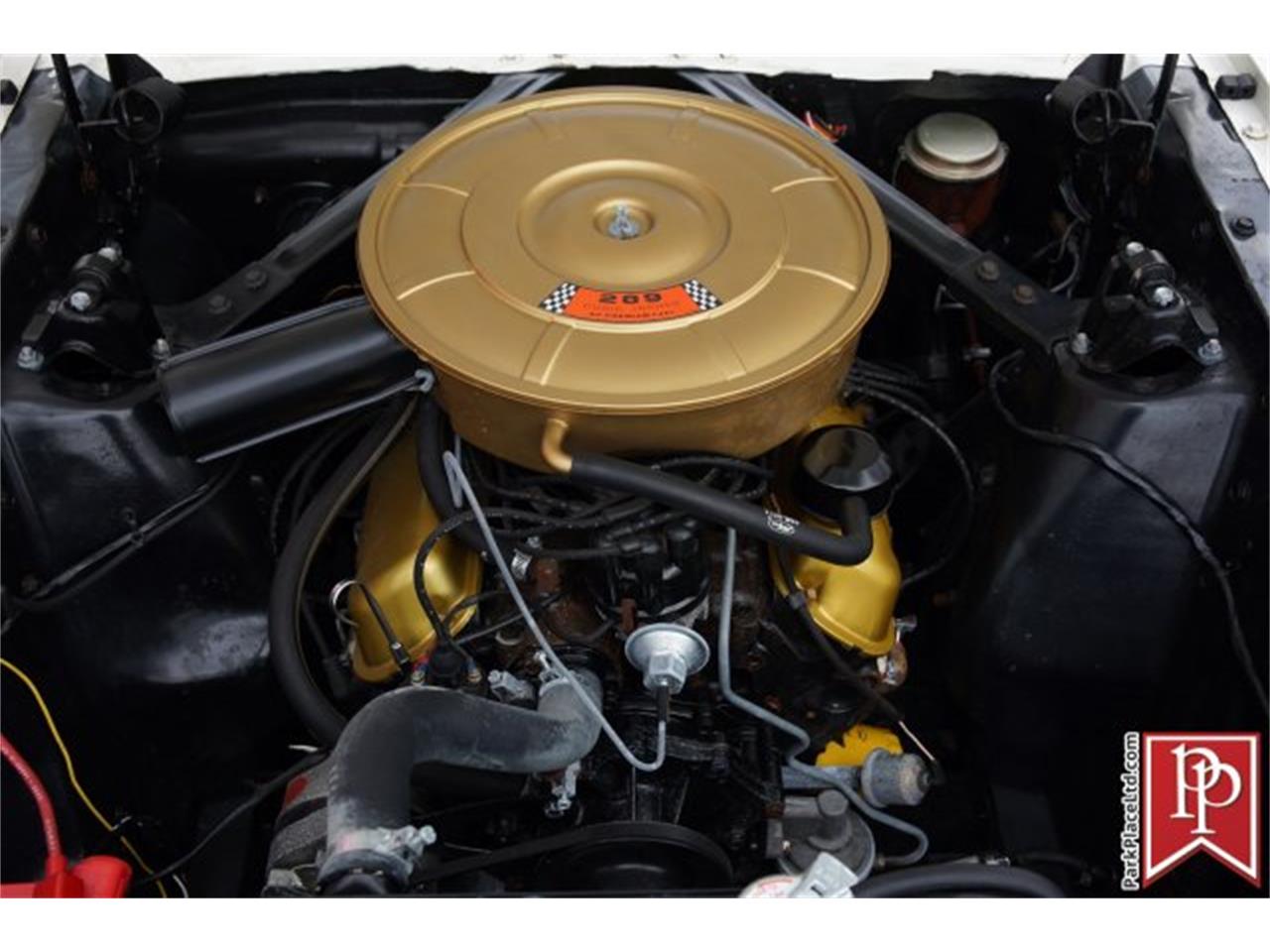 1965 Ford Mustang GT finished in Wimbledon White with a Black Vinyl roof and Black interior. Powered by a 289c.i. V8 and backed by a 3-Speed Manual Transmission. This example has undergone a complete restoration that was completed in March of 2016. Features power brakes, fog lights, wood steering wheel, new floor mats, period correct trunk liner, a new spare tire with jack, and an aftermarket AM/FM radio. It comes with the engine rebuild receipt, appraisal report and original radio.The iconic pony car lives on! The success of the first year and a half of the famed muscle car drew a pretty big crowd from the beginning and that continued on into 1966. During that year the 1 Millionth Mustang was sold. This feat was achieved in only 18 months from the time the first Mustang rolled off the assembly line. This particular 1965 Mustang has undergone a complete restoration. The black vinyl top of this car is nearly flawless and the car itself just flows like a Mustang should. The interior is in immaculate condition. The 289ci engine had been a staple for Ford at the time and really captured the power that has always been talked about with the Ford Mustang. The Wimbledon White shines and draws your attention to the fine lines and details of the body, all the way from the chrome front bumper to the taillights. The 1965 Ford Mustang is a worthy car to show off in any capacity. Don't miss this one.For more information on this amazing 1965 Ford Mustang GT, or any of our 50+ classic and collectible cars always in stock, please contact our friendly and knowledgeable sales team, or always feel free to stop by our Bellevue, WA Park Place Ltd campus - Where we have over 40,000 sq ft of indoor showrooms filled with the finest cars. As part of the Park Place Motor Group family, which includes Park Place Aston Martin and Lotus of Bellevue, Park Place Ltd is Home to the West Coast's Most Diverse Inventory of Luxury, Exotic, Collectible and Special Interest Automobiles. With 200+ Always On Site, Nobody Has What We Have! 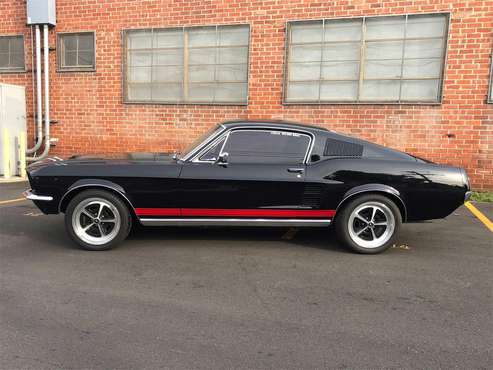 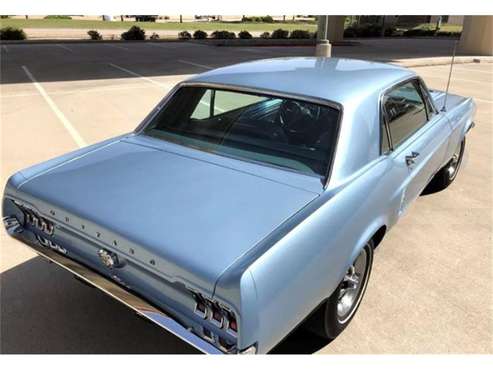 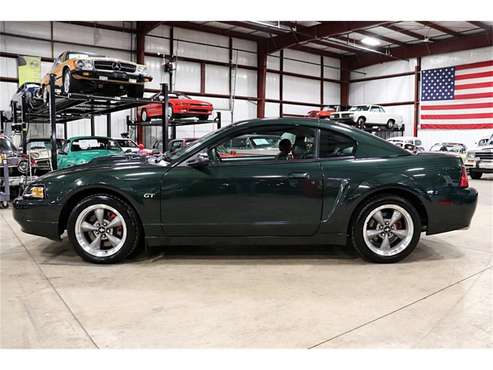 Based on the standard 2001 GT Mustang, the reborn limited-production Bullitt featured a 4.6-liter V-8 tweaked for better airflow and power, including a cast-aluminum intake, twin 57-mm bore throttle body and high-flow mufflers. The 1968 Mustang GT... 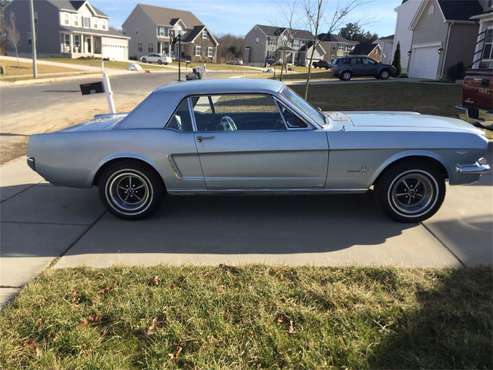 1965 Ford Mustang (Williamstown, NJ) $19,500 obo You are looking at an extremely clean 65 from the gorgeous blue exterior the color scheme flows seamlessly inside to a beautiful matching blue leather interior. Powered by the number's matching 289c... 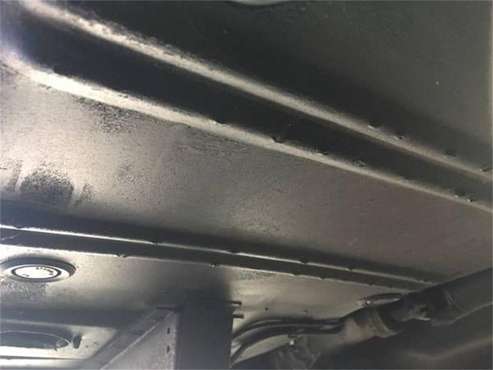 1966 Ford Mustang. Very nice car , be hard to find one much better . About everything new on car. 6cyl with auto transmission. No power steering or brakes. But can't tell it. Beautiful interior and looks as good under car. Drive it anywhere. Will ... 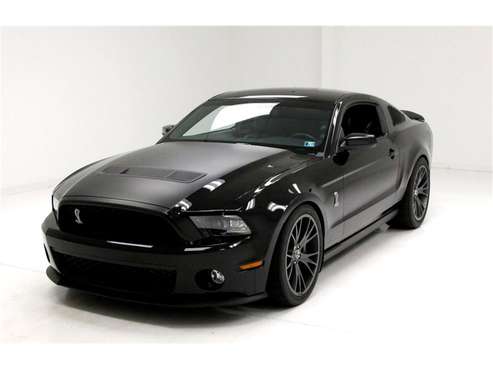 2012 Ford Shelby Mustang GT500 Born in Leesburg, Texas, Carroll Shelby seemed to be a man obsessed with speed his whole life. He was a flight instructor in World War II before he moved on to piloting land-based vehicles. It wasn't long before he ...